Climate hazards such as flooding, heat waves and drought have worsened more than half of the hundreds of known infectious diseases in people, including malaria, hantavirus, cholera and anthrax, a … 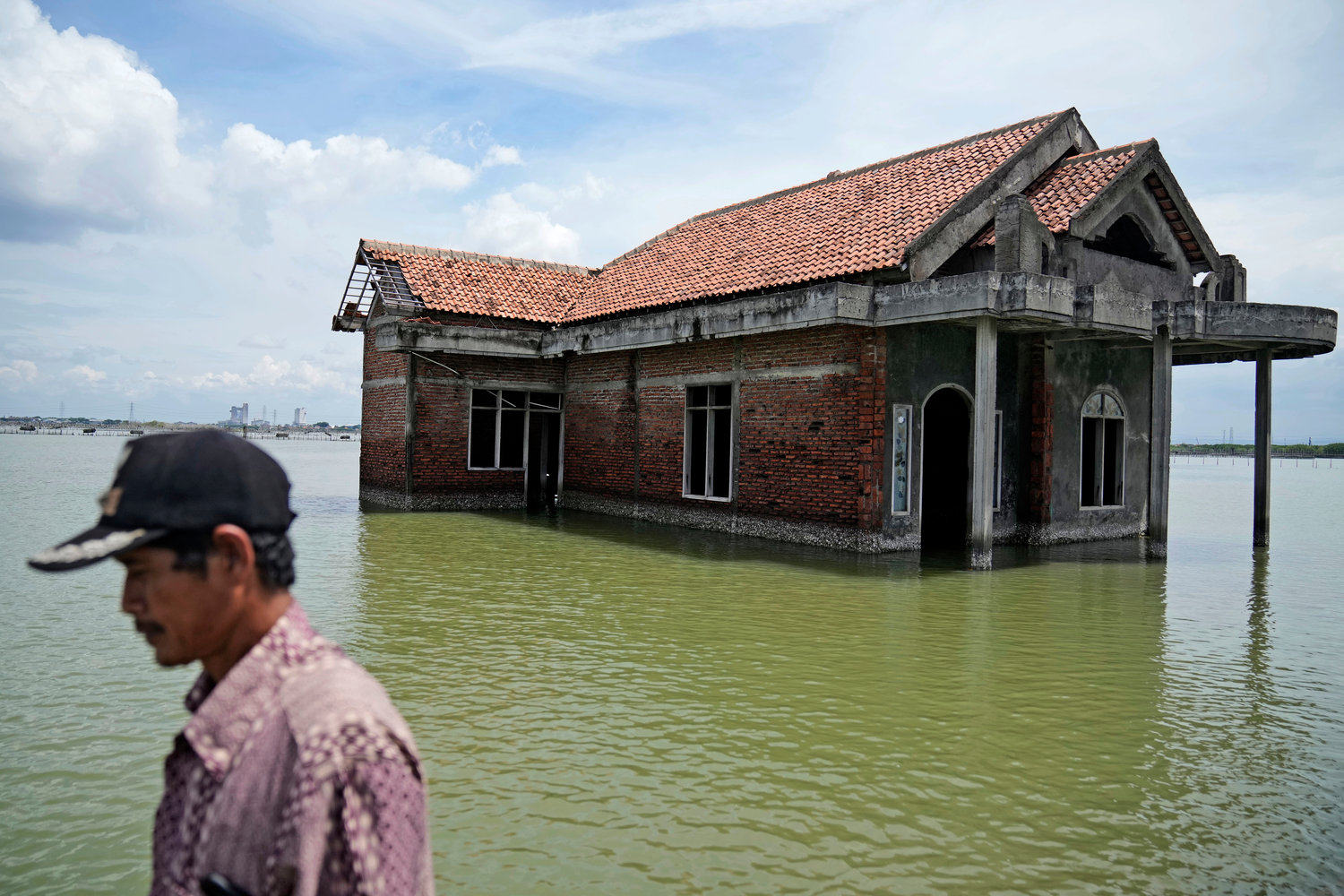 A man walks past a house abandoned after it was inundated by water due to the rising sea level in Sidogemah, Central Java, Indonesia, Nov. 8, 2021. Climate hazards such as flooding, heat waves and drought have worsened more than half of the hundreds of known infectious diseases in people, such as malaria, hantavirus, cholera and even anthrax, according to a new study released Monday, Aug. 8, 2022.
(AP Photo/Dita Alangkara, File)
Posted Monday, August 8, 2022 8:22 pm
Seth Borenstein, Associated Press

Climate hazards such as flooding, heat waves and drought have worsened more than half of the hundreds of known infectious diseases in people, including malaria, hantavirus, cholera and anthrax, a study says.

Researchers looked through the medical literature of established cases of illnesses and found that 218 out of the known 375 human infectious diseases, or 58%, seemed to be made worse by one of 10 types of extreme weather connected to climate change, according to a study in Monday's journal Nature Climate Change.

The study mapped out 1,006 pathways from the climate hazards to sick people. In some cases downpours and flooding sicken people through disease-carrying mosquitos, rats and deer. There are warming oceans and heat waves that taint seafood and other things we eat and droughts that bring bats carrying viral infections to people.

Doctors, going back to Hippocrates, have long connected disease to weather, but this study shows how widespread the influence of climate is on human health.

"If climate is changing, the risk of these diseases are changing," said study co-author Dr. Jonathan Patz, director of the Global Health Institute at the University of Wisconsin-Madison.

Doctors, such as Patz, said they need to think of the diseases as symptoms of a sick Earth.

The new study doesn't do the calculations to attribute specific disease changes, odds or magnitude to climate change, but finds cases where extreme weather was a likely factor among many.

Study lead author Camilo Mora, a climate data analyst at the University of Hawaii, said what is important to note is that the study isn't about predicting future cases.

"There is no speculation here whatsoever," Mora said. "These are things that have already happened."

One example Mora knows first-hand. About five years ago, Mora's home in rural Colombia was flooded — for the first time in his memory water was in his living room, creating an ideal breeding ground for mosquitoes — and Mora contracted Chikungunya, a nasty virus spread by mosquito bites. And even though he survived, he still feels joint pain years later.

Sometimes climate change acts in odd ways. Mora includes the 2016 case in Siberia when a decades-old reindeer carcass, dead from anthrax, was unearthed when the permafrost thawed from warming. A child touched it, got anthrax and started an outbreak.

Mora originally wanted to search medical cases to see how COVID-19 intersected with climate hazards, if at all. He found cases where extreme weather both exacerbated and diminished chances of COVID-19. In some cases, extreme heat in poor areas had people congregate together to cool off and get exposed to the disease, but in other situations, heavy downpours reduced COVID spread because people stayed home and indoors, away from others.

Longtime climate and public health expert Kristie Ebi at the University of Washington cautioned that she had concerns with how the conclusions were drawn and some of the methods in the study. It is an established fact that the burning of coal, oil and natural gas has led to more frequent and intense extreme weather, and research has shown that weather patterns are associated with many health issues, she said.

"However, correlation is not causation," Ebi said in an email. "The authors did not discuss the extent to which the climate hazards reviewed changed over the time period of the study and the extent to which any changes have been attributed to climate change."

But Dr. Aaron Bernstein, interim director of the Center for Climate, Health, and the Global Environment at Harvard School of Public Health, Emory's del Rio and three other outside experts said the study is a good warning about climate and health for now and the future. Especially as global warming and habitat loss push animals and their diseases closer to humans, Bernstein said.

"This study underscores how climate change may load the dice to favor unwelcome infectious surprises," Bernstein said in an email. "But of course it only reports on what we already know and what's yet unknown about pathogens may be yet more compelling about how preventing further climate change may prevent future disasters like COVID-19."