Stingers Bar and Grill — A place to drop in, gather with Remsen’s regulars

Thank you, Erin Hamlin. So says a sign affixed to the top of the one that welcomes you to the Village of Remsen … if you’re not from there and a meandering country drive directs you to the …

Stingers Bar and Grill — A place to drop in, gather with Remsen’s regulars 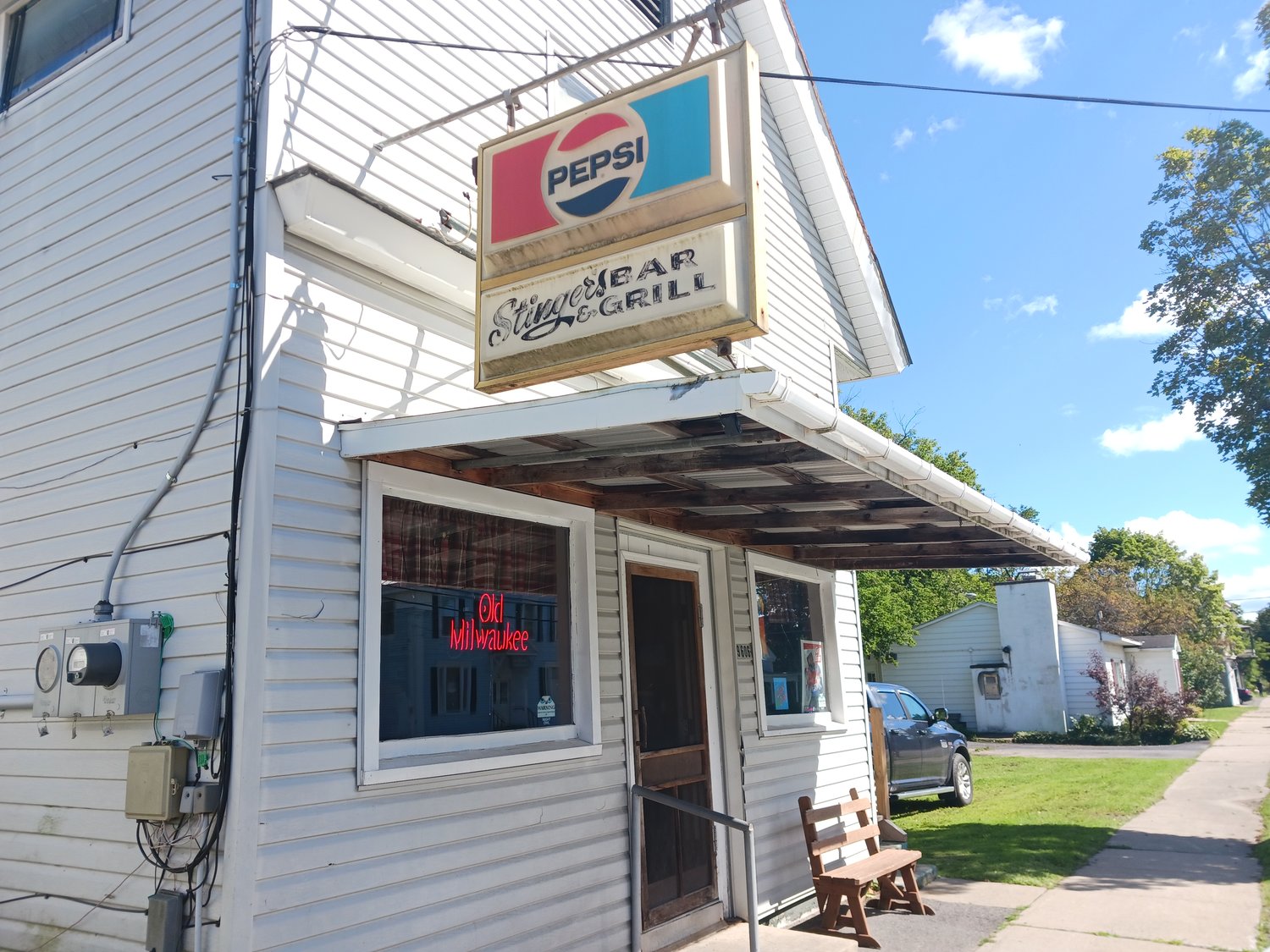 The exterior of Stings Bar and Grill in Remsen is shown in this recent photo.
(Sentinel photo by Cara Dolan Berry) 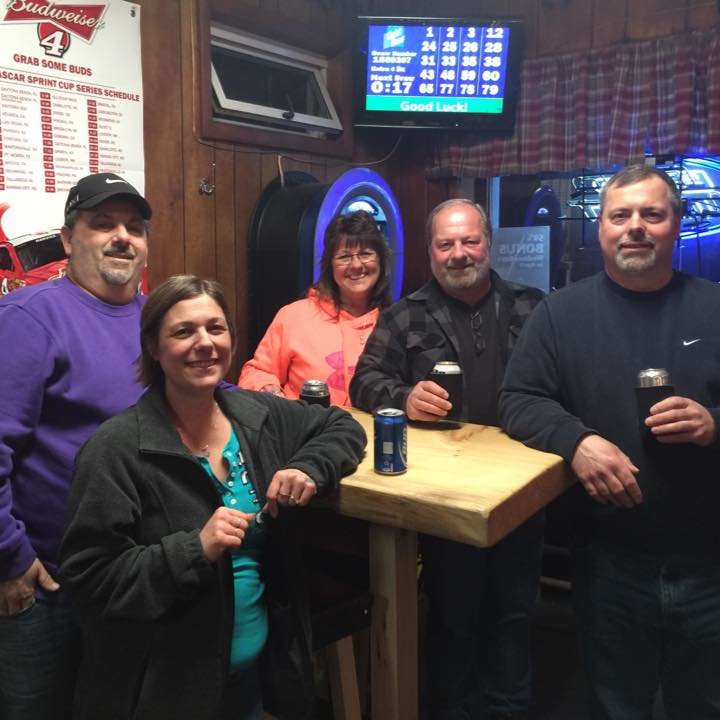 Folks gather at Stingers Bar and Grill in Remsen — which draws friends new and old for a good menu and good times.
(Photo courtesy of Stingers Bar & Grill) 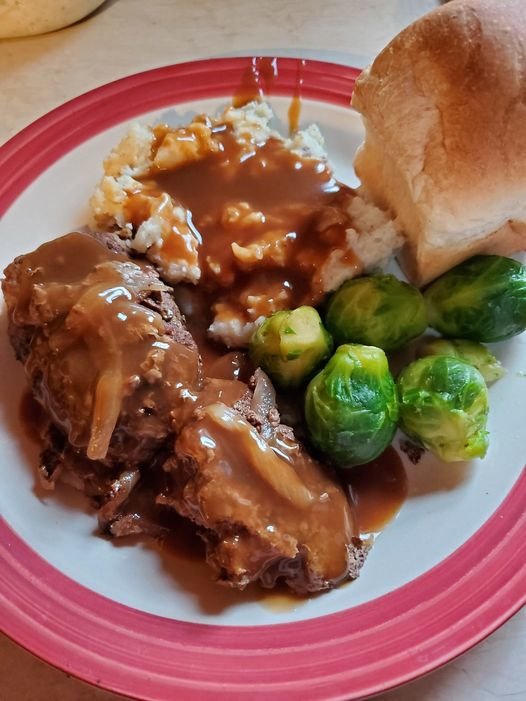 A plate of meat and potatoes, complete with gravy and Brussels sprouts, is among a menu of comfort foods and other favorites at Stingers Bar and Grill in Remsen.
(Photo courtesy of Stingers Bar & Grill)
Previous Next
Posted Saturday, September 24, 2022 1:30 pm
Cara Dolan Berry, Special to the Daily Sentinel

So says a sign affixed to the top of the one that welcomes you to the Village of Remsen … if you’re not from there and a meandering country drive directs you to the edge of North Country.

Smack dab in the middle of the revolutionary-era town of Remsen, old as America itself, sits a humble huddle with plaid cafe curtains in the windows and a circa-1950s shingle that says ‘Stingers Bar & Grill’ under a Pepsi logo dangling over its door.

No credit cards, no wifi, no craft beer. Just a bar and grill that’s stood the test of time, just like Remsen itself.

Walk through a wooden screen door and cross a threshold into the 70s. Neon beer signs and posters of hometown hero, Olympian, Erin Hamlin, hang on paneled walls. A couple of regulars at the bar finish up something fried. There’s a baseball game on the TV hanging up in the corner, right where it belongs — fitting background noise for a late summer Saturday afternoon.

“We’re celebrating the 40th anniversary this year since my parents (Rog and Ang Ingersoll) bought it,” said Tammy Goodier, who co-owns Stingers with her four siblings, Mike, Scott, and “the twins,” Mark and Marlene.

“The thing people love is the ‘Everything Wings’ - they are just delicious,” said Goodier. “My brother, Mark, makes the sauce, just like my father did 30 years ago.”

Hot dogs, burgers, and fries, pizza and Wings and Friday Fish Fry highlight the “everyday menu,” an ‘upstate’ punch list for pub fare. Adding gravy to your fries or going for the hot pepper cheese cube is as fancy as this gets. Opt for the “Hodge Podge” and combine any three for $9.95.

Today’s Daily Special board offered Baked Manicotti, Pressed Turkey and Baked Ham and Cheese Sandwiches, both with sides. All $10. You can’t beat these prices with a luge. Sides are upstate standard: cole slaw, mac salad, pot salad, or warm it up with some mac and cheese.

Goodier promises Thursday Nights specials are worth the visit. “I do a big special; ham and scalloped potatoes, lasagna…always something.”

The baked ham and Swiss was served on thick grilled Italian bread generously piled with ham baked to perfection; tender, not too salty, waxing of Easter dinner. The potato salad alone was worth a return to Remsen. All served on a paper plate like at a family picnic. Order beer by the bottle or wine by the color to wash it down.

“When the lights are on, we’re cooking,” said Goodier. “We never close the kitchen!”

But it’s the folks - it’s really always the folks - that make a local dive a destination. Some friends filtered in from a golf tournament raising money for a family who lost their dad to cancer. Talk was of whether Syracuse might win their opener next week and the neighbor they teed off for that morning. Rounds were bought, toasts were made and Keno was played.

But so back to Erin Hamlin.

This hometown has a hero and they are proud as punch of her.

Hamlin grew up in Remsen, where winter sports celebrate the season that defines upstate. So Hamlin took up the luge and went on to compete in four Olympic games, earning the bronze medal in Sochi in 2014, the first American to medal in luge singles, and the first non-European woman to win an Olympic medal in luge.

In her final Olympics, Hamlin was chosen to bear the American Flag, leading her 2018 U.S. Winter Olympic team into the Opening Ceremonies on February 9 in Pyeongchang, South Korea.

On February 9, in Remsen, folks swelled with too much pride not to gather to witness this moment “made in Remsen” together, so gathered at their ‘public house.’ Stingers applied for a special license allowing them to stay open till 4 am that day and Remsen showed up to eat wings with Rog Ingersoll’s sauce and argue over buying rounds of shots to make toast after toast to this daughter of Remsen. When she emerged into that arena waving that flag — a cheer raised up for Hamlin so deafening that it echoed into the Adirondacks. “You couldn’t even stand in here,” reminisced Goodier. Proudly.

When the ceremony closed on those Olympics, Hamlin came home got married. They’re raising their family there, in a house on Main Street, “kitty-corner across the street” from Stingers … where a poster of her still hangs on a paneled wall.

A Remsen tradition just as old as this local pub is their Annual Barn Festival, “since 1982” and back again this weekend. Stingers will be open to welcome visitors and friends who make a tradition of ending this festive upstate day with a drink at the vintage landmark.

Said Goodier, “I have people that came here 30 years ago that are sitting in front of me right now.”

It was an impulse purchase, this stop at Stingers. In town looking for something else, this is what I found. A curb-front so classic, so simple and sincere that I couldn’t help but stop in for a look, then a linger. If you don’t now or never did live in a place like Remsen, this lovable local dive will leave you grateful that towns like this — and the folks who call it home — still exist.  “For a teeny, tiny place,” said Goodier, “we do pretty well.”