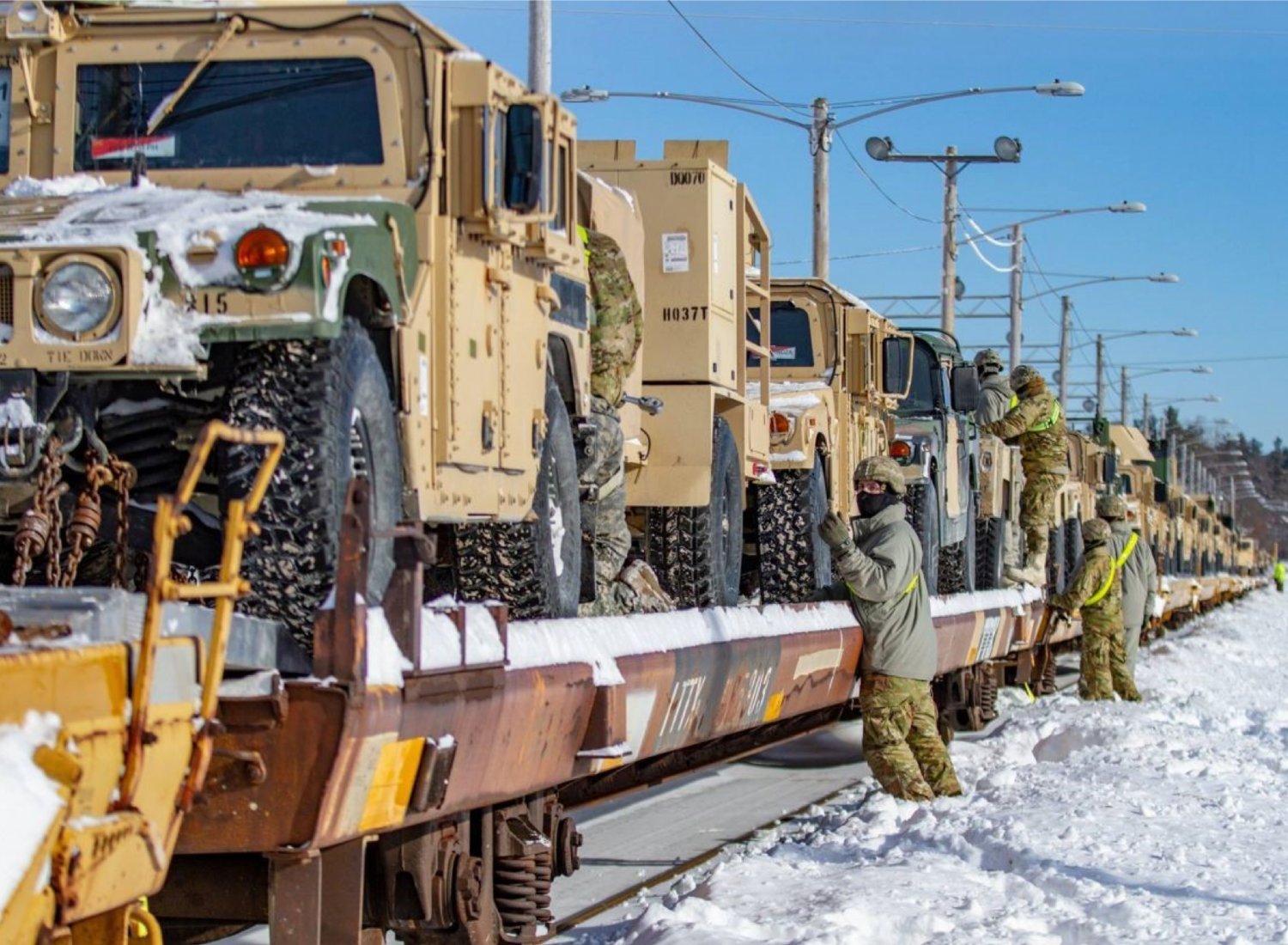 BIG IMPACT — Soldiers with the 10th Mountain Division at Fort Drum in Watertown secure vehicles on a flatbed train car in this file photo included in Fort Drum’s 2021 economic impact report. According to the report, Fort Drum had an economic impact of more than $1.5 billion on the North Country.
(Photo courtesy Fort Drum/U.S. Army)
Posted Friday, April 29, 2022 10:30 pm

WATERTOWN — According to its recently released economic impact report, Fort Drum pumped nearly $1.5 billion for fiscal year 2021 into the regional economy of the North Country, a 4.6% increase from the prior fiscal year.

According to the report, the increase was “primarily due to a 3% increase in payroll for Fort Drum Soldiers and a 2.7% increase for civilians, who received a cost of living increase at the beginning of 2021.”

Fort Drum has more than 30,000 soldiers and family members. In addition, there are 3,912 civilians working on the installation in support of 10th Mountain Division soldiers and families, the report said, adding that more than 19,000 military retirees and their dependents also live in the North Country.

The report identifies Fort Drum as the largest employer in northern New York with 15,656 soldiers and the 3,912 civilians (including contractors) working on or near the installation. Military and civilian payrolls (including tenants and contractors) totaled $1.1 billion. In 2021, Fort Drum was responsible for, or supported, nearly one-fourth of all jobs in Jefferson, Lewis, and St. Lawrence Counties, according to a statement by Rep. Elise Stefanik, R-21, Schuylerville, following the release of the economic impact report.

“The economic impact of Fort Drum shows the critical role it plays for the North Country, which is why, as the chief advocate for Fort Drum in Congress, I fight to deliver millions of dollars each year to support its important work,” Stefanik said. “I look forward to continuing to deliver results for Fort Drum, our military families, and New York’s 21st District that create this kind of lasting impact.”