Longtime Oneida County Legislature Chairman Gerald Fiorini was honored at a Wednesday county board meeting for serving the county for over 40 years. 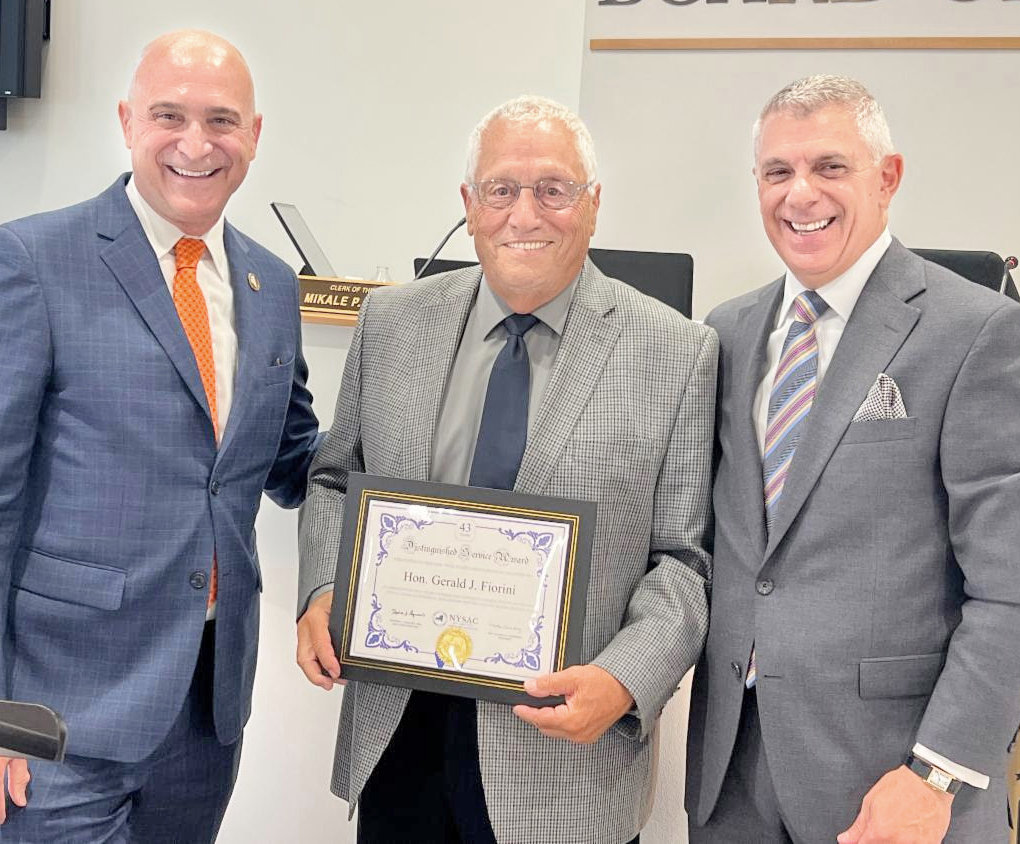 Longtime Oneida County Legislature Chairman Gerald Fiorini was honored at a Wednesday county board meeting by New York State Association of Counties for being the longest continually serving board chair in the state.

First elected to the Oneida County Legislature in 1979, Fiorini was elected by his peers in 1996 to serve as chairman of the board, county officials said.

In the surprise action, Gerald Fiorini, of Rome — a board member for 43 years who has served as chairperson for the last 27 — was honored by NYSAC as the “longest serving legislative board chair in the State of New York,” said Stephen J. Acquario, NYSAC Executive Director. “A notable achievement … talent is indeed worth the recognition.”

Oneida County Executive Anthony J. Picente Jr. said he was grateful for the long-standing working relationship with Fioroini. “He knows everything that goes on in this place,” Picente added.

“You got me,” said a smiling Fiorini after receiving the recognition, joking, “It’s not going to happen again. … Thank you everybody. Thank you.”

“For nearly half a century, Jerry has worked to make Oneida County a better place to live, work and raise a family while creating a legacy of public service that will inspire future legislators for years to come. I’m proud to count him as a friend and a valued colleague,” Picente said in a separate statement.

Fiorini is an active member in the community and is well known for his leadership roles as the head baseball and football coach at Rome Catholic and as the head baseball coach at New York Mills, noted a statement. In 2006, he received the prestigious honor of being inducted into the Rome Sports Hall of Fame for his years as an athlete and his dedication as a coach. Fiorini also helped maintain the baseball fields at the DeLutis Field Complex and served as a Member on the Rome Baseball Association Board of Directors.

In other Wednesday board actions, a package of resolutions was carried granting approval of flood mitigation grants between the county and various municipalities.