State’s No. 2 leader resigns amid arrest 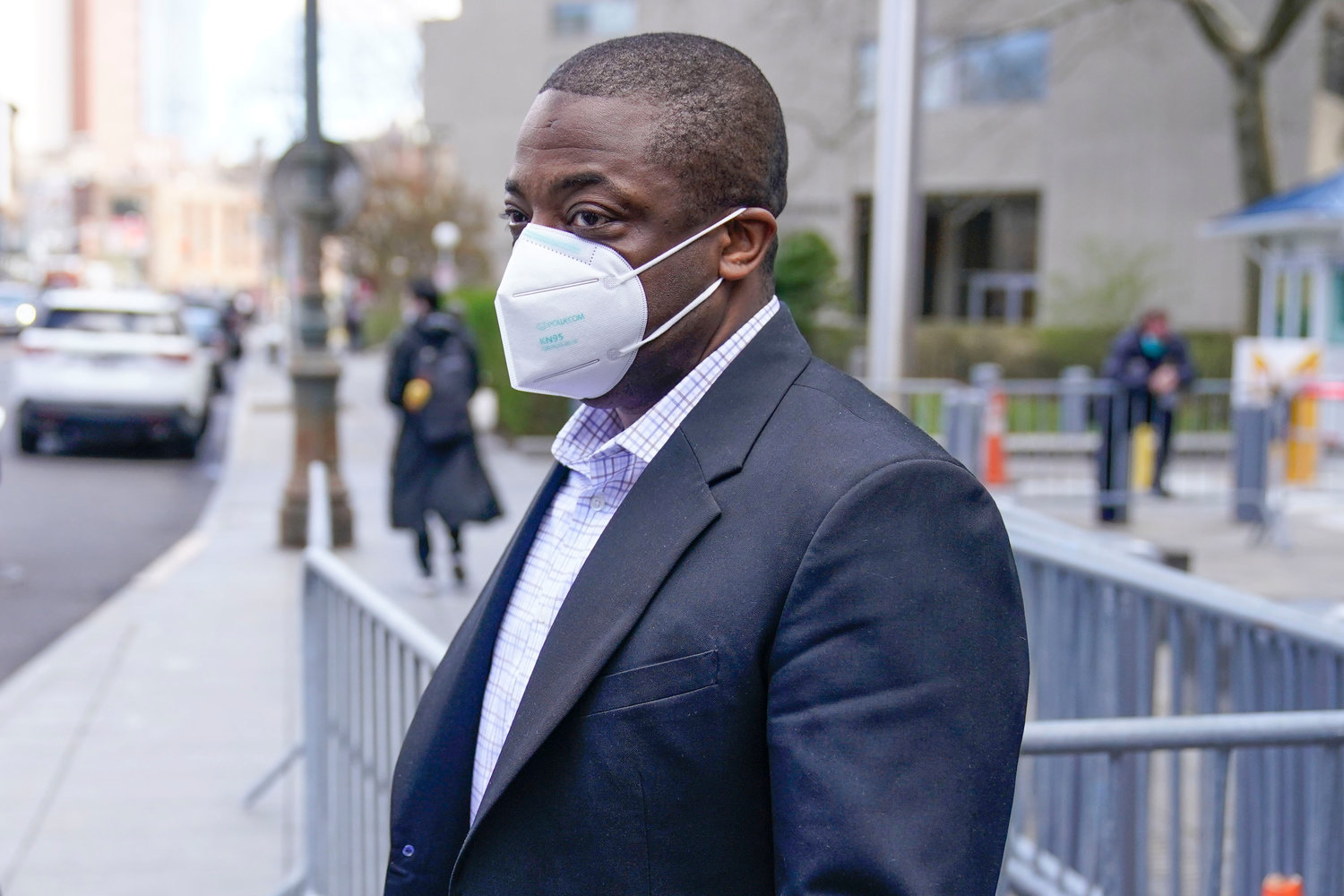 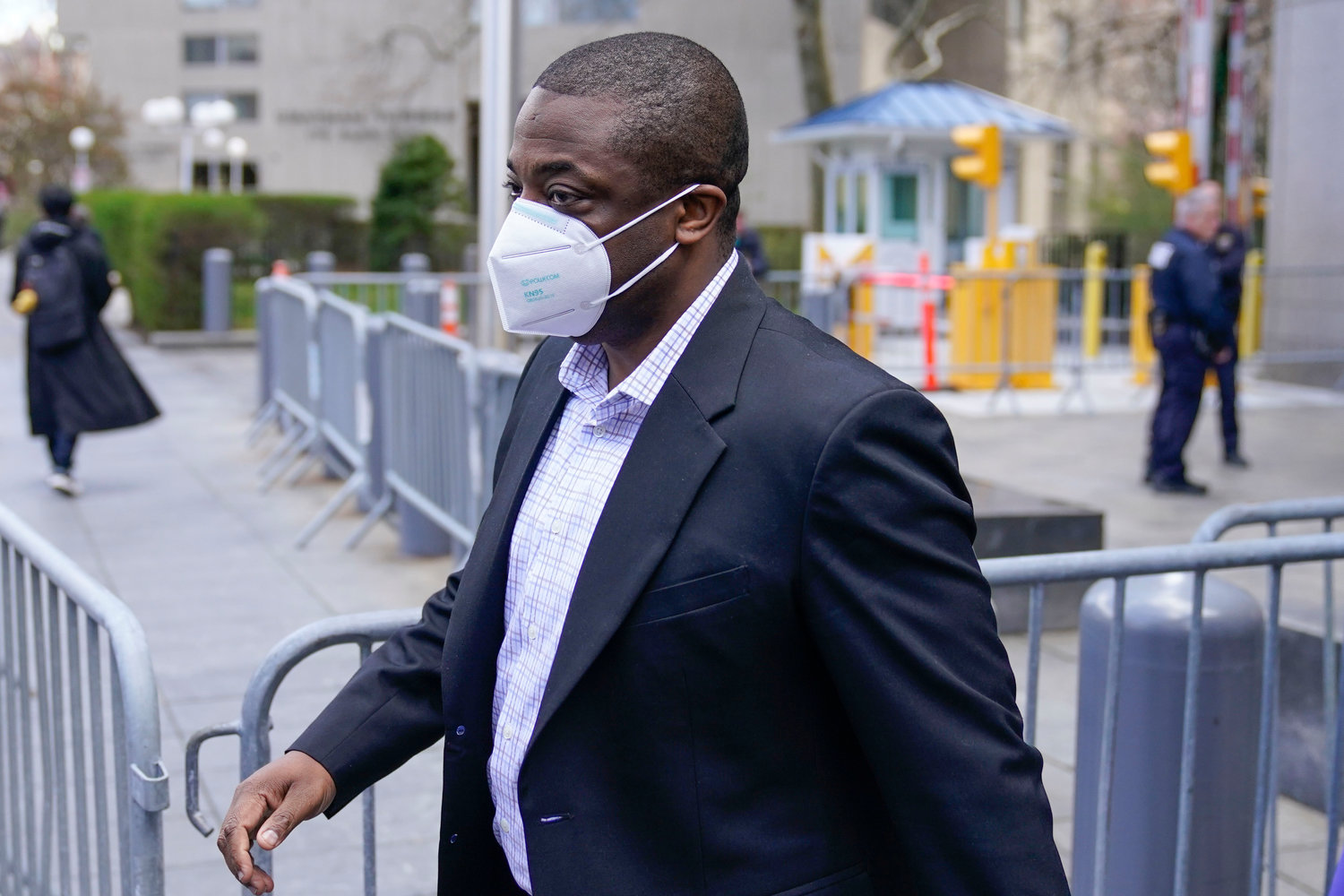 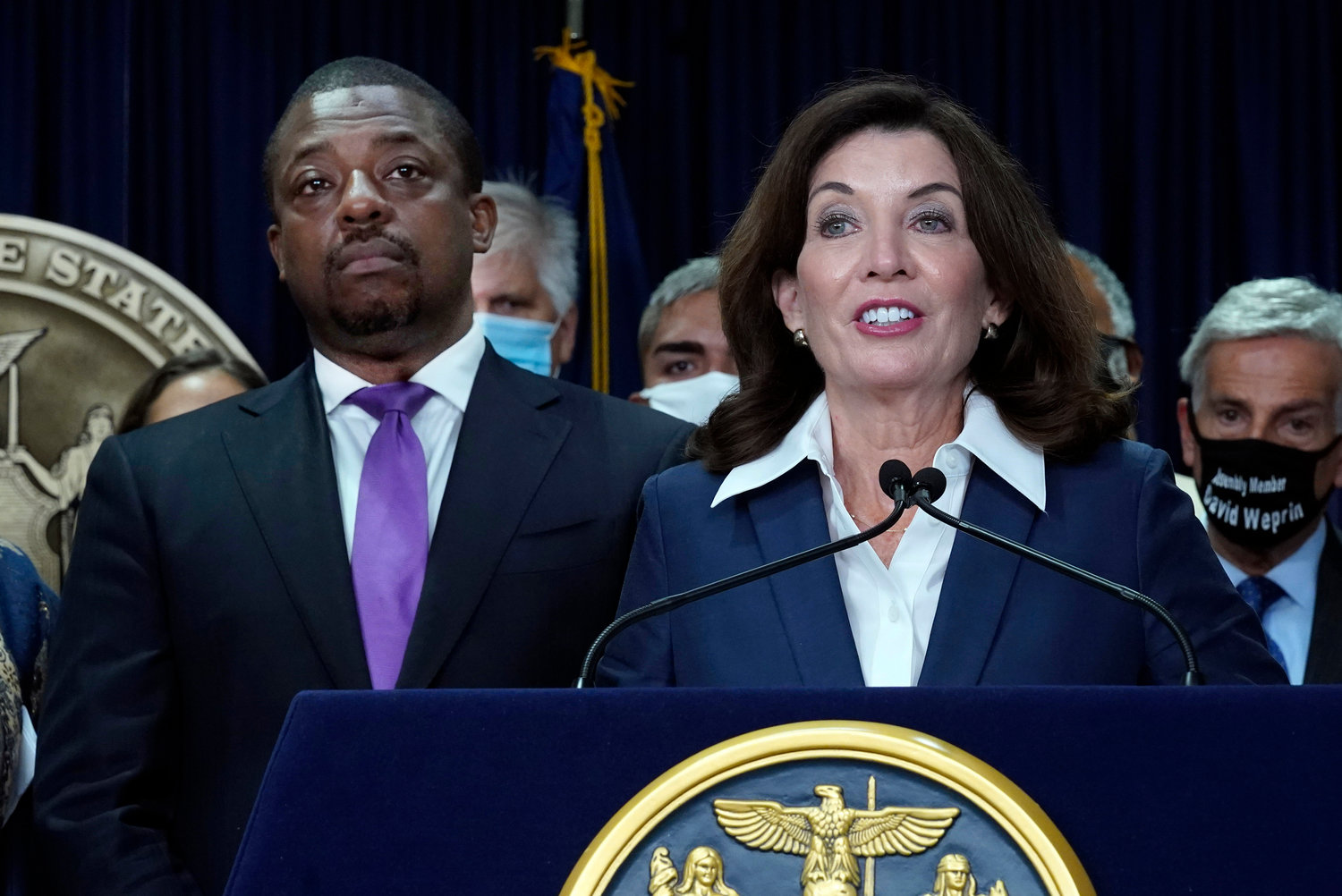 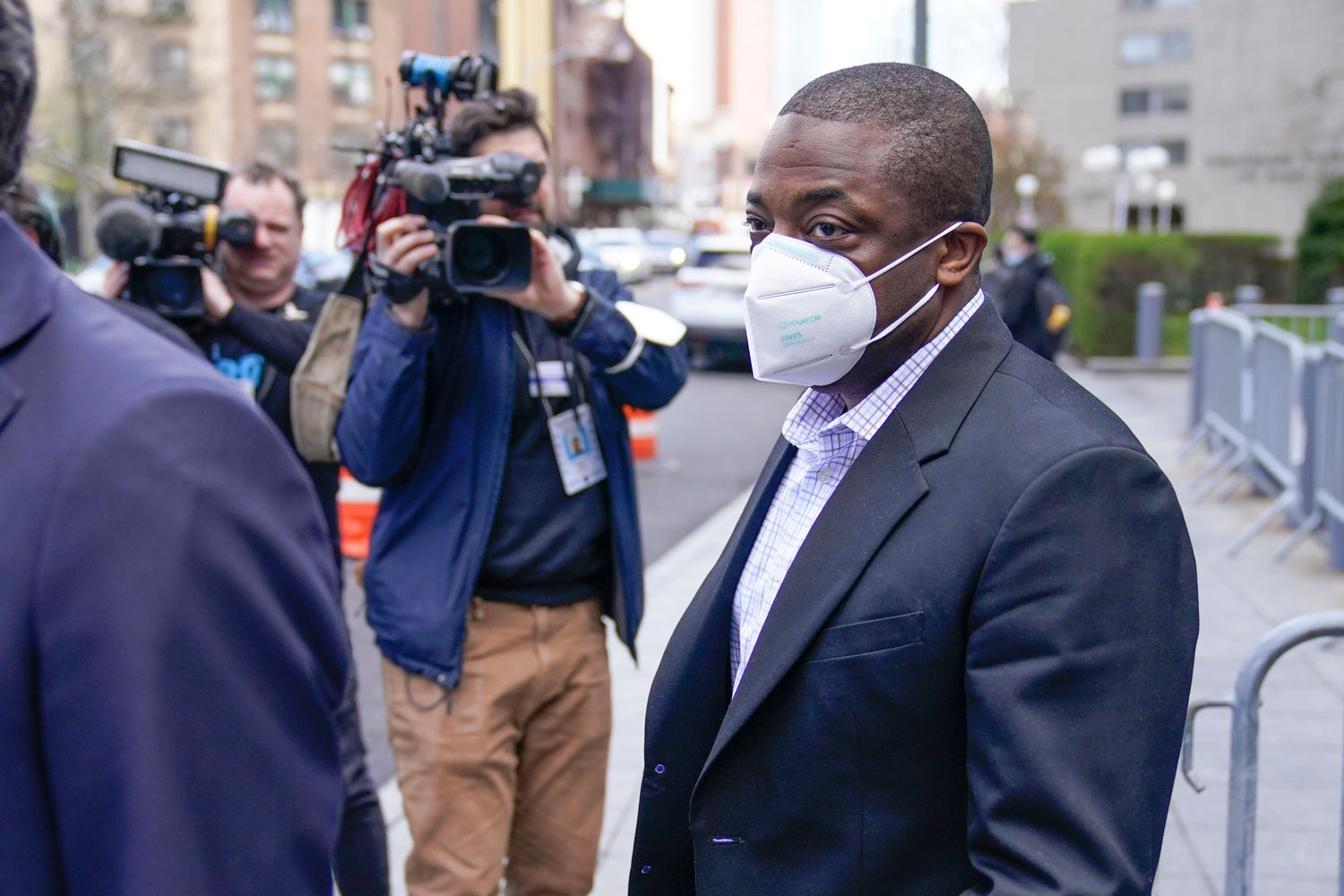 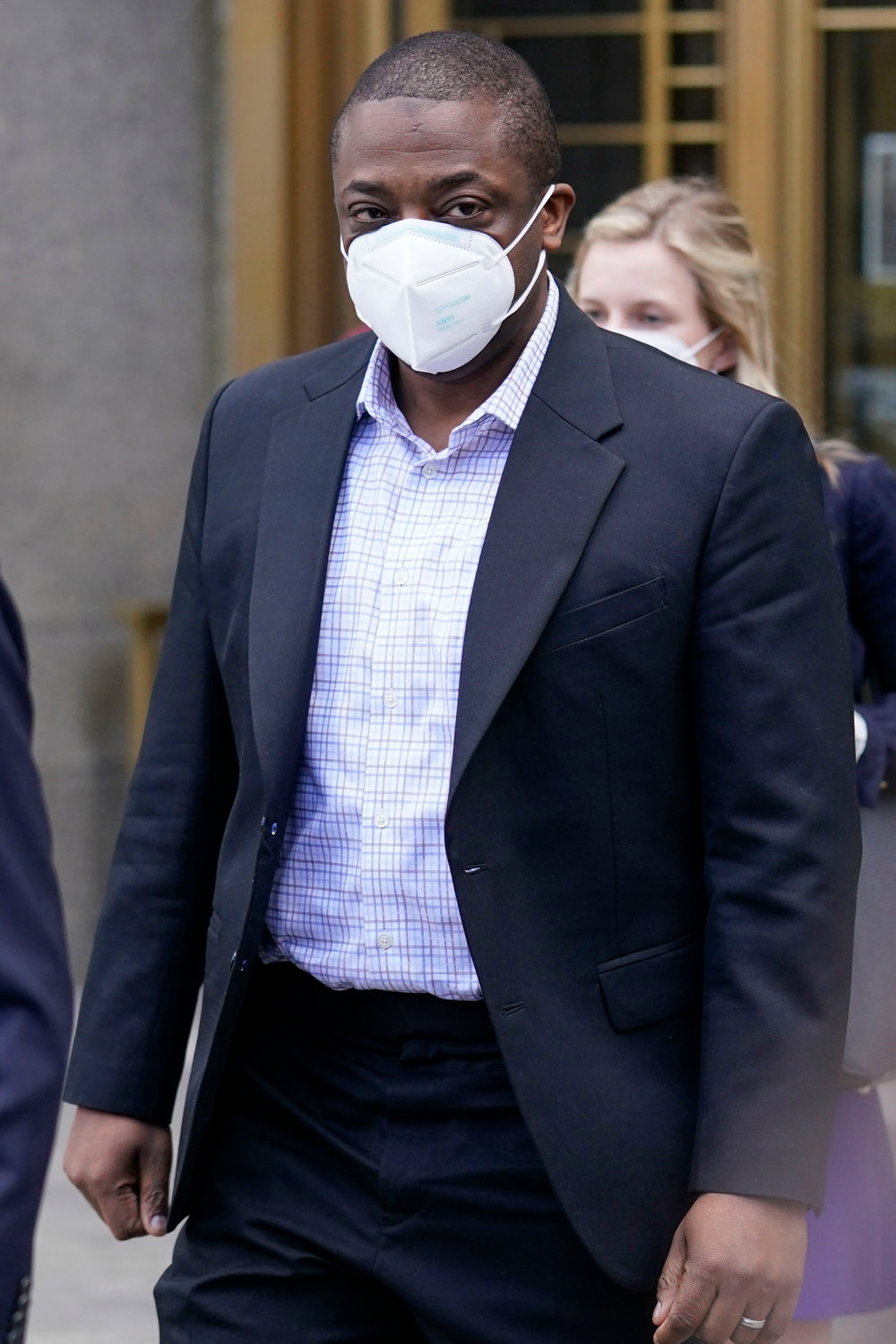 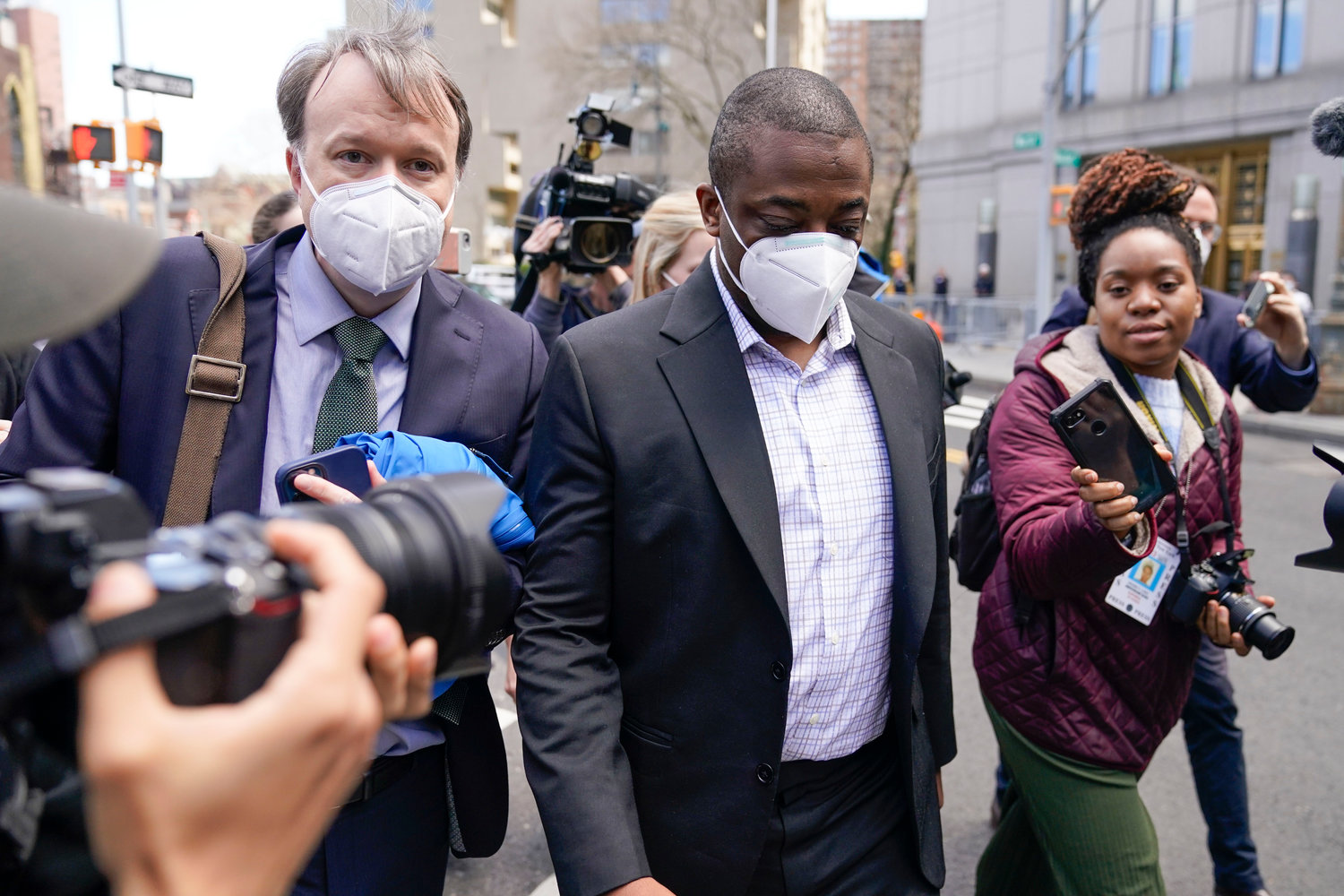 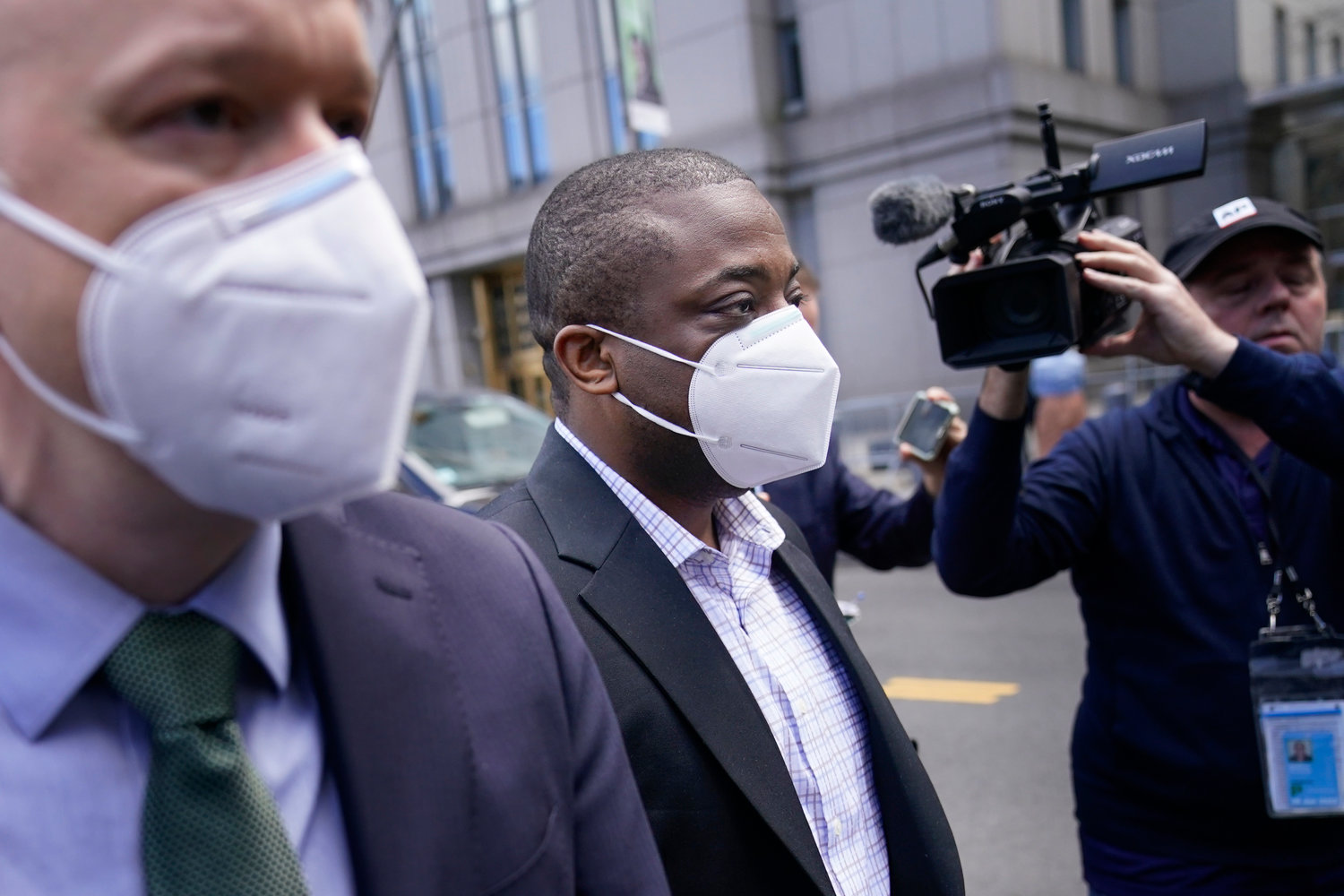 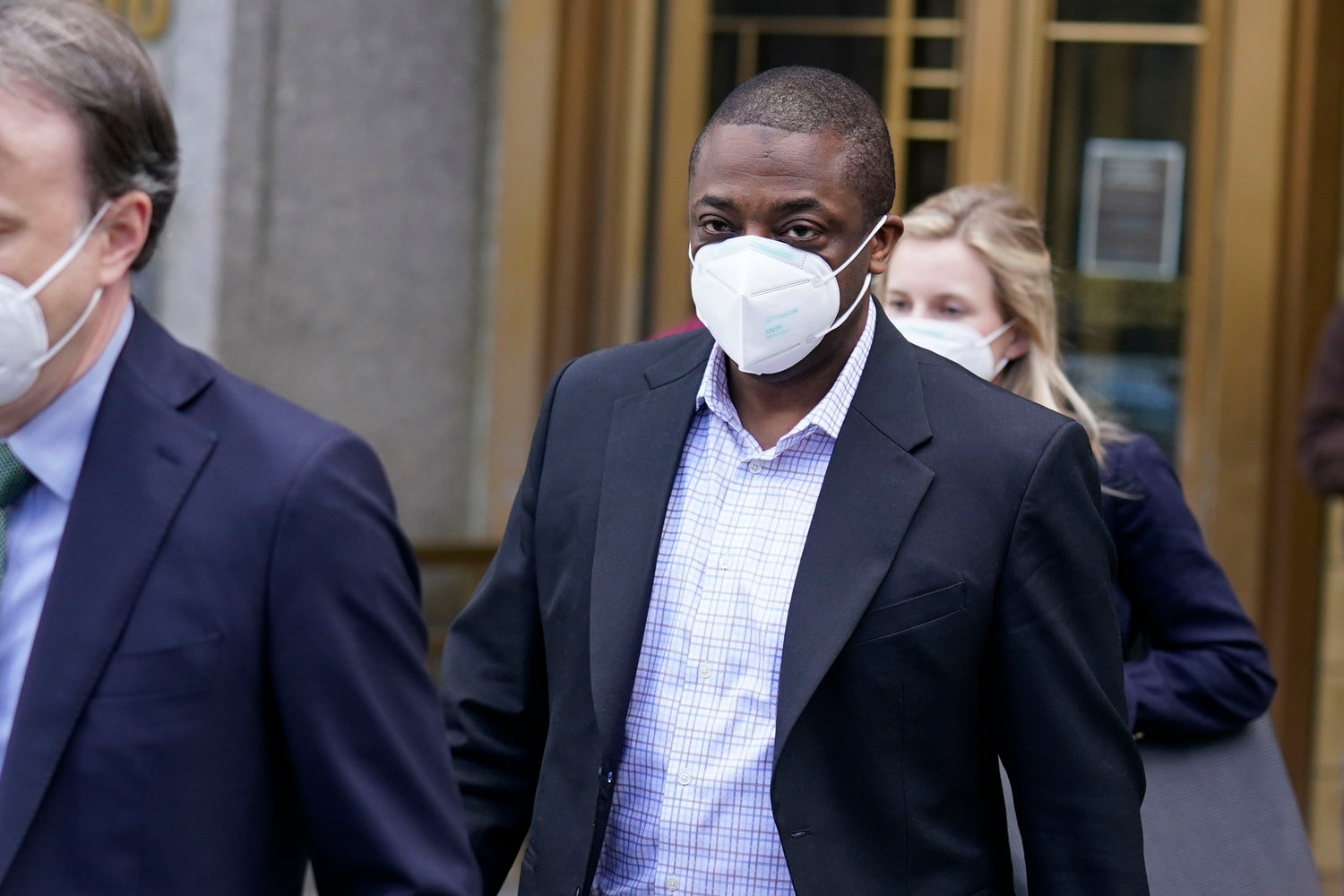 ALBANY — New York Lt. Gov. Brian Benjamin resigned Tuesday in the wake of his arrest in a federal corruption investigation, creating a political crisis for Gov. Kathy Hochul seven months after she selected Benjamin as a partner to make a fresh start in an office already rocked by scandal.

Benjamin, a Democrat, was accused in an indictment of participating in a scheme to obtain campaign contributions from a real estate developer in exchange for Benjamin’s agreement to use his influence as a state senator to get a $50,000 grant of state funds for a nonprofit organization the developer controlled.

Facing charges including bribery, fraud, conspiracy and falsification of records, Benjamin pleaded not guilty Tuesday at an initial appearance in Manhattan federal court. He was released and bail was set at $250,000. The terms of his release call for his travel to be restricted and bar him from returning to the state capitol in Albany.

He submitted his resignation to Hochul hours later.

“I have accepted Brian Benjamin’s resignation effective immediately. While the legal process plays out, it is clear to both of us that he cannot continue to serve as Lieutenant Governor. New Yorkers deserve absolute confidence in their government, and I will continue working every day to deliver for them,” Hochul said in a statement.

Calls for Benjamin’s resignation began almost immediately following the announcement of his arrest.

“The legacy of Sheldon Silver, Eliot Spitzer, David Paterson, and Andrew Cuomo continues with the corrupt Hochul Administration,” said Rep. Elise Stefanik, R-21, Schuylerville. “It is clear that Albany Democrats have a corruption crisis that they own. Under one party Democrat rule, Albany is a cesspool of corruption. The people of New York deserve elected officials who serve with integrity, not Democrats who continue to create a culture of corruption. I will work tirelessly side by side all New Yorkers to support Republicans up and down the ballot to clean house this November.”

“When the public trust is broken, an elected official must step aside for the good of the residents they represent,” said Assemblywoman Marianne Buttenschon, D-119, Marcy. “New York State residents deserve a functioning executive branch and with review of the lieutenant governor’s federal indictment, he should resign….This matter will be handled in our court system.  This is an interference and disruption to the legislature and the people of New York. We need to focus on what really matters, and our priorities within our districts.”

“All public servants must follow the campaign finance laws in New York state with regard to disclosures. These laws are here for a reason and should be upheld by anyone who has been elected to public office. The lieutenant governor is no different and should be held to these same standards.”

“The arrest of Lt. Gov. Brian Benjamin continues a disappointing, troubling and frustrating trend for state government and upon Gov. Hochul’s administration,” added state Sen. Joseph A. Griffo, R-47, Rome. “The governor has stated that she would make it made it a priority to ‘change the culture of Albany.’ This has not happened under her leadership as has been demonstrated by her vetting and choice of this lieutenant governor, a lack of transparency in the late state budget and changes that she proposed to ethics that gives the majority of appointments to a new commission to her office and Democratic majorities in the legislature.”

“In recent years, we have seen measures put in place that are intended to protect the public but instead only secure power for the majorities. These measures included a campaign finance system that provides taxpayer dollars to political campaigns. This year’s budget allocated over $20 million of taxpayer money for welfare for politicians, which should be reversed. As evidenced by the allegations made against the lieutenant governor and other high-profile abuses of New York City’s public finance system, this and other policies are not working as intended and only contribute to political corruption,” Griffo added.

“I have championed real, substantive and significant ethics reform since first being elected to the Senate. It also is important that, as we have seen several cases demonstrated in a short period, we promptly consider legislation that I have proposed since 2007 that would reform aspects of the lieutenant governor’s office. We must make state government more accountable and transparent to those we represent.”

Griffo said the legislation he has proposed since 2007 that would:

• Provide a method for filling a vacancy in the office of lieutenant governor. The governor would nominate a new lieutenant governor within 30 days of the vacancy, and the Senate and Assembly would confirm or reject that individual through independent votes in each house. Griffo’s bill would make state law identical to the federal Constitution, where the 25th Amendment allows the president to nominate a vice president if a vacancy in the office were to occur. The vice president would take office after receiving a majority vote of both houses of Congress. (S3774)

• Remove the constitutional provision that the lieutenant governor shall act as governor whenever the governor is absent from the state. (S3775)

• Change Election Law to require that candidates for governor and lieutenant governor run together as a slate in a primary election, as is currently required in a general election. The present statute allows for the prospect of incompatible candidates being forced to run together and serving together in office. (S3819)

Two lawyers representing Benjamin said he was suspending his campaign to focus on defending his actions in court and said the grant in question was used to buy school supplies.

“There was nothing inappropriate about this grant. He will focus his energies on explaining in court why his actions were laudable — not criminal. He looks forward to when this case is finished so he can rededicate himself to public service,” the statement said.

Hochul in September plucked Benjamin, then a state lawmaker, to serve as second-in-command when she became governor, taking over for Democrat Andrew Cuomo. Cuomo resigned amid allegations he sexually harassed 11 women, which he denied.

Hochul, also a Democrat, was Cuomo’s lieutenant governor. She is now running in this year’s election to try to remain governor. Benjamin had been her running mate and New York election law makes it difficult to remove his name at this point from the June primary contest, even if Hochul names a new lieutenant governor to hold the office through November’s election.

Hochul’s office and campaign did not respond to messages Tuesday evening about how they planned to respond.

The indictment said Benjamin, formerly a state senator from Harlem, and others acting at his direction or on his behalf also engaged in a series of lies and deceptions to cover up the scheme that stretched from 2019 to 2021.

They falsified campaign donor forms, misled municipal regulators and provided false information in vetting forms Benjamin submitted while he was being considered to be appointed as lieutenant governor, the indictment said.

Prosecutors had previously not made any accusations against Benjamin, and his campaign said at the time of Migdol’s arrest that it had forfeited any improper donations as soon as they were discovered.

More recently, reports came out saying subpoenas had been issued to Benjamin regarding the financial issues even before Hochul picked him as lieutenant governor.

Before Benjamin’s arrest and resignation, Hochul had defended him, saying last week she had the “utmost confidence” in him. She said on Monday that she didn’t know of the subpoenas when she tapped Benjamin to be her No. 2.

Lawmakers from both major parties had called on Benjamin to resign, including at least a dozen of Benjamin’s fellow Democrats in the Legislature by Tuesday afternoon.

New York law makes it tough to get Benjamin off the ballot: he could move out of New York to disqualify himself from running for state office, or the state Democratic party could let him run for a down ballot office.

“I’m not ready at this time to outline what we are considering, suffice it to say we will look at the options expeditiously,” Jacobs said.

New York Senate Leader Andrea Stewart-Cousins, a Democrat, is stepping in to take on the duties of lieutenant governor — a role she took before Benjamin’s appointment last year when Hochul became governor.

Benjamin was the state’s second Black lieutenant governor. During his state Legislature career, he emphasized criminal justice reform and affordable housing. His district included most of central Harlem, where he was born and raised by Caribbean immigrant parents.

The scandal is the latest in a long history of lawmakers and other Albany leaders who’ve been engulfed in allegations of wrongdoing.

Cuomo’s resignation as governor came not only amid allegations of sexual harassment but that his administration misrepresented the number of New Yorkers who died in nursing homes from COVID-19.

In 2008, then-Gov. Eliot Spitzer resigned amid a prostitution investigation.

Former New York Assembly Speaker Sheldon Silver, one of the most powerful figures in state government, resigned in 2015 after he was arrested on federal corruption charges.