State to pay most demolition cost 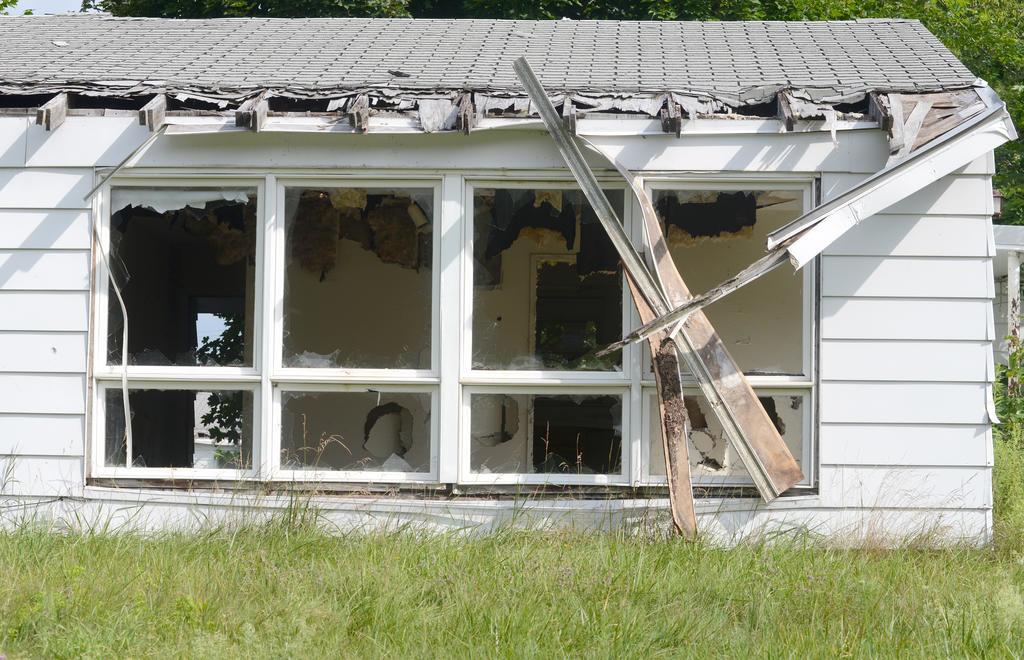 DEMOLITION NEEDED — One of the houses that was once part of the Woodhaven apartment complex sits in disrepair more than two decades after it was last occupied. The city is getting $1.5 million in state funds to cover most of the demolition costs at the site. (Sentinel photo by John Clifford) 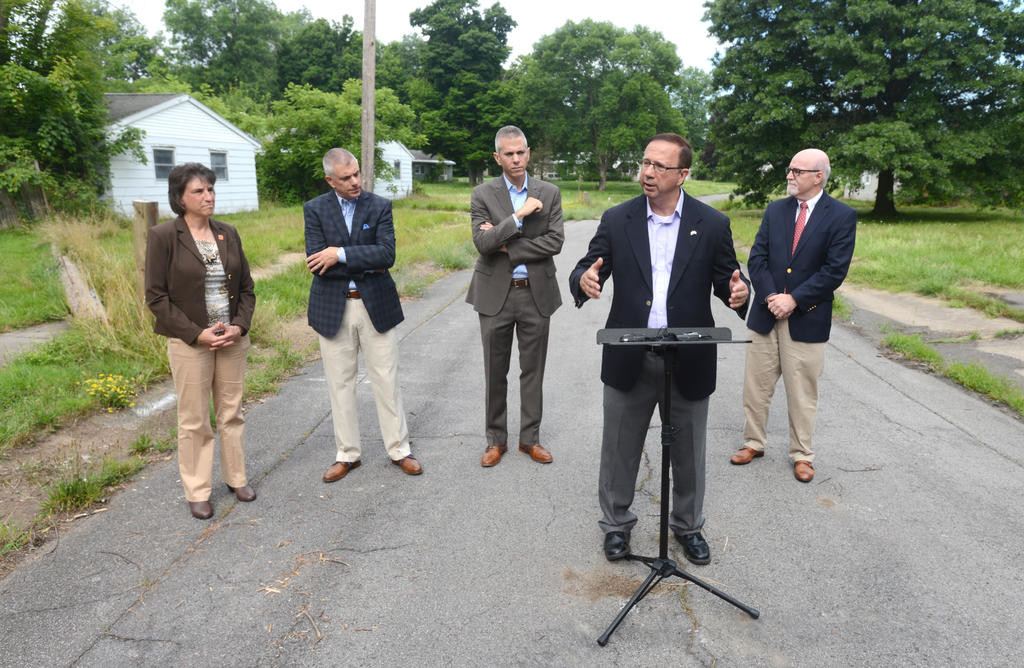 The cost to demolish virtually all of what was once the Woodhaven apartment complex on Park Drive will be provided by the state, according to state Sen. Joseph A. Griffo and Assemblyman Anthony Jr. Brindisi Jr. The two were joined by representatives from the city, Empire State Development Corp. and Oneida County Executive Anthony Picente.

The state today announced $1.5 million in funding to the city for the demolition of abandoned, unsightly housing, as well as for marketing the site as part of a larger area for future housing opportunities.

The money comes from the State’s Economic Transformation Fund to assist communities that have been affected by the closing of a state prison. The Oneida Correctional Facility in south Rome was closed by the state in 2011.

The money represents 90 percent of the total cost. The city will spend the other $150,000.

The city foreclosed on the site through tax foreclosure last fall. It was built as Woodhaven. Then, about 10 years after Griffiss Air Force Base closed, it was purchased from the Air Force by developers from New York City, and about a dozen of the units were renovated. Most of the repaired homes are now occupied.

There are over 200 homes still standing in various states of disrepair.

The new administration immediately switched the approach to redeveloping the 100-acre spread that once was home to both Wright Park Manor and Woodhaven, contracting with EDGE to market that to developers with the goal of establishing a residential-commercial mixed use area. Mayor Izzo wanted to create a more specific vision, then seek developers interested in that, rather than leave the concept too vague and end up sifting through proposals that did not fit the bill.

“This project is essential to the continued redevelopment of the Rome area,” said Griffo, R-47, Rome. “For years, people living near the eyesores at Woodhaven have had to contend with abandoned properties that are fire and safety hazards. These houses have been an unwelcome landmark that hurt the city’s progress. This funding is going to make a tremendous difference in the city’s quality of life, and will also add some new, much-needed modern housing options for residents.”

“This funding will eliminate some very significant eyesores near the Griffiss Business and Technology Park, and will make a large site available to the City of Rome for marketing,” said Brindisi, D-119, Utica. “Both the former Woodhaven complex and the Wright Park Manor site are prime areas for development. With the area’s economic rebound, these will be attractive locations for new housing that will bring more people to the Rome area.”

Picente called the project “a significant step towards the redevelopment of these sites and the City of Rome.”

“With its proximity to the Griffiss Park and the newly renovated (Mohawk Valley Community College) campus, this will be an important neighborhood mixed use redevelopment project for the City of Rome,” said Mayor Jacqueline M. Izzo.

Empire State Development Mohawk Valley Region Director Kenneth Tompkins noted that the renovations of the site will include reopening the gate into the Griffiss Business and Technology Park, allowing direct access to the park for employees of park businesses and Rome Free Academy who live in the housing planned for the neighborhood.

The demolition will remove scores of damaged houses that have for years been the site of squatting, drug use and methamphetamine production. “The real winners today are the neighbors who live around this eyesore,” said Brindisi. They “certainly deserve it.”

Councilor Lori A. Trifeletti, R-1, who represents the neighborhood, said, “This has basically been a war zone.” The illegal activity that can be concealed deep in the development’s back half, she said, “puts the neighborhood in a very bad position.”