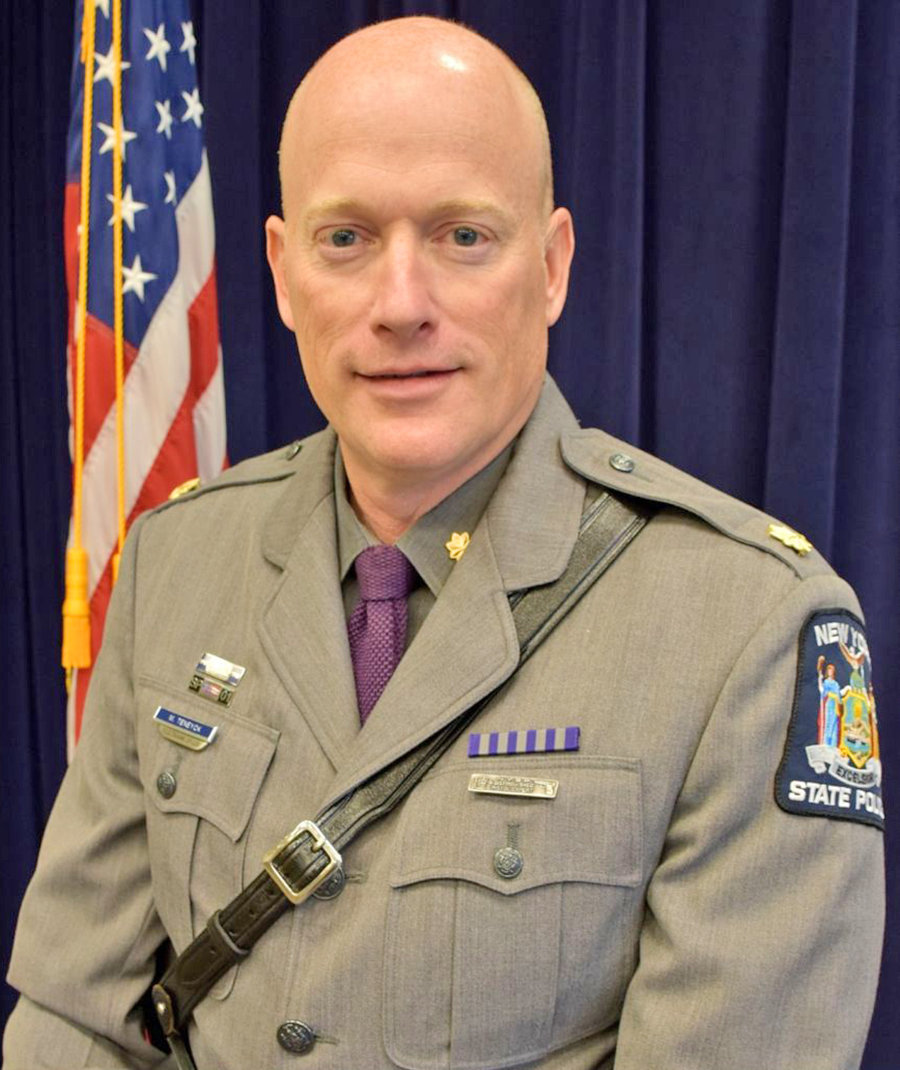 TenEyck began his career with the state police on Jan. 8, 1996, when he entered the New York State Police Academy.

In August 2003, he was promoted to sergeant, and in 2006 he was appointed to investigator and was assigned to the Gaming Detail and then to State Police Lysander.

In July of 2016, TenEyck was appointed to the rank of captain and assigned to the Professional Standards Bureau – Western Region. In July 2017, he was transferred to Troop T Thruway — Zone 3 Headquarters in DeWitt as the Zone 3 Commander.

TenEyck grew up in Weedsport, and is a 1993 graduate of the State University of New York at Oswego. He is married and has two grown children.