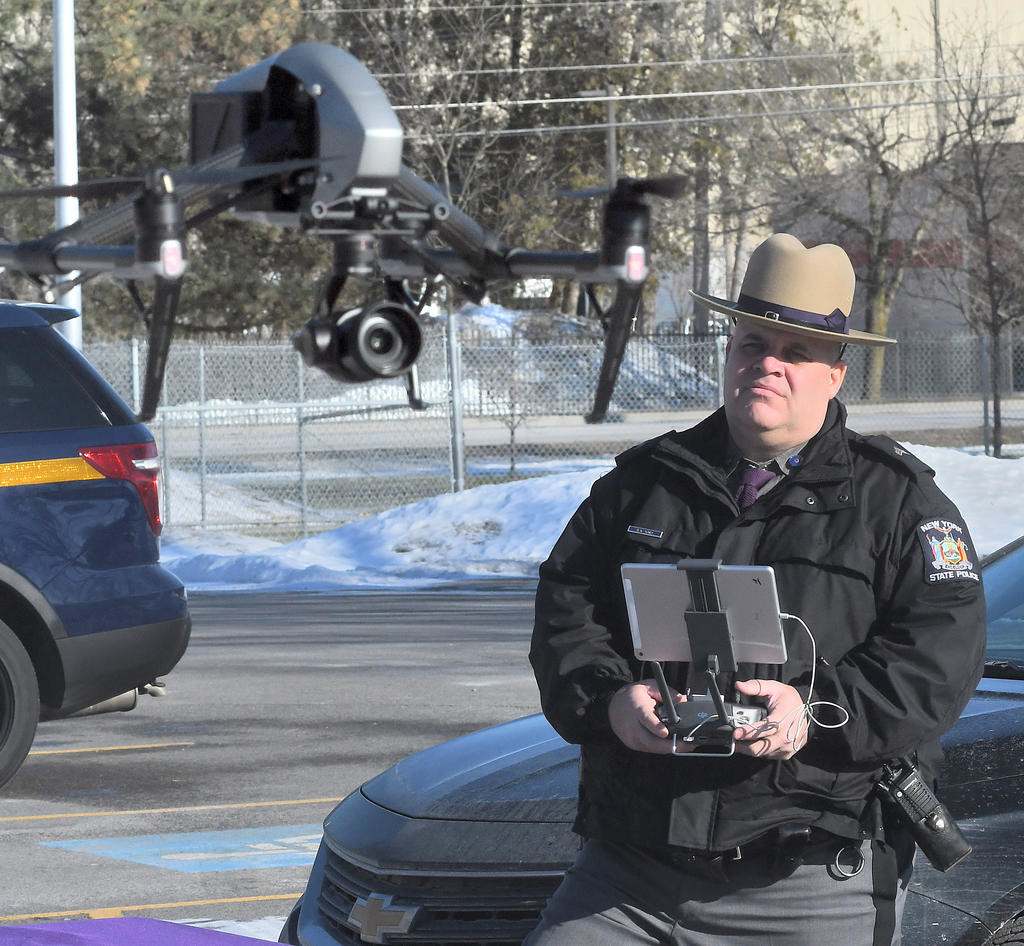 UP, UP AND AWAY — The camera on the front of this new state police drone will help document natural disasters, crime scenes and, in time, motor vehicle accidents. Sgt. David Olney is the pilot. (Sentinel photo by John Clifford) 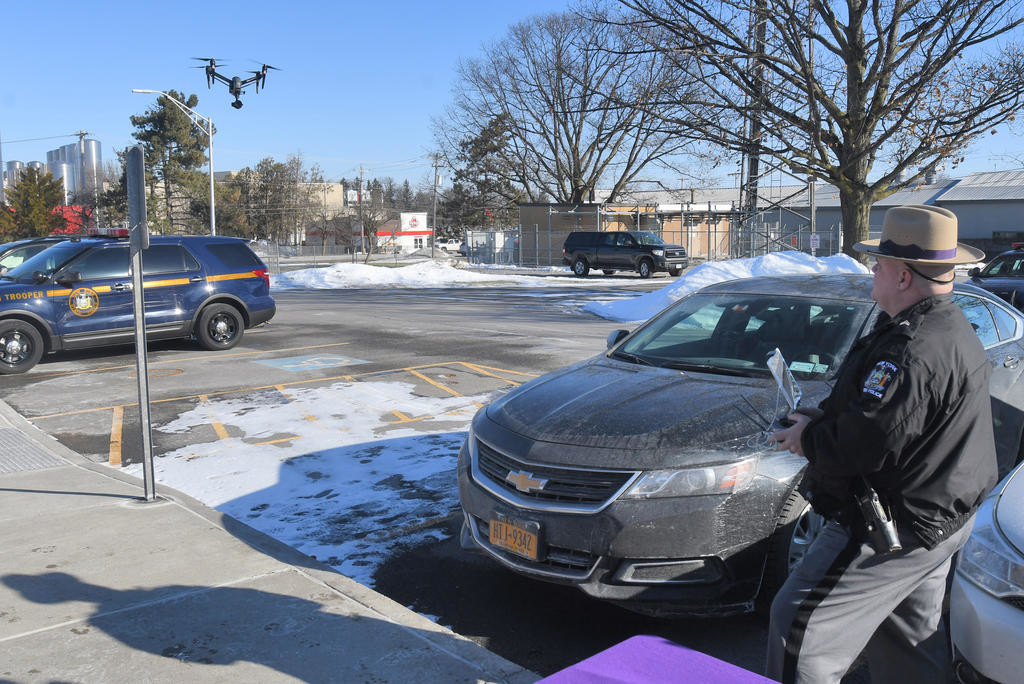 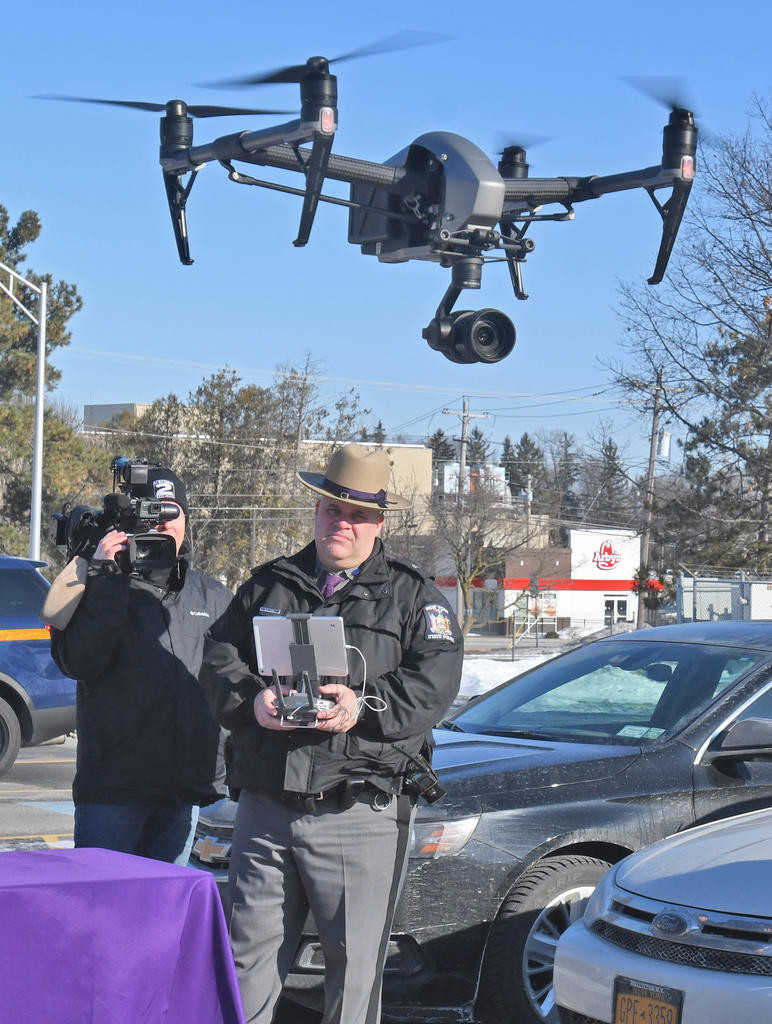 OUT FOR A SPIN — State Police Sgt. David Olney takes the new drone out for a spin over the Troop D Headquarters parking lot in Oneida on Friday. (Sentinel photo by John Clifford) 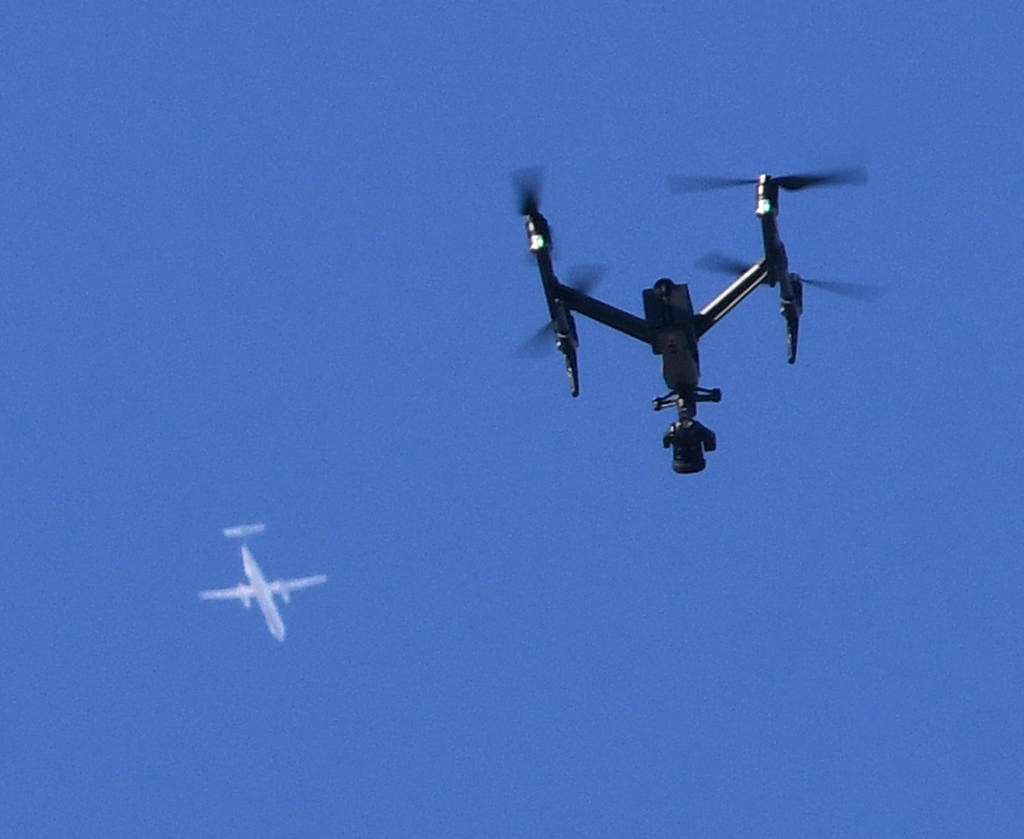 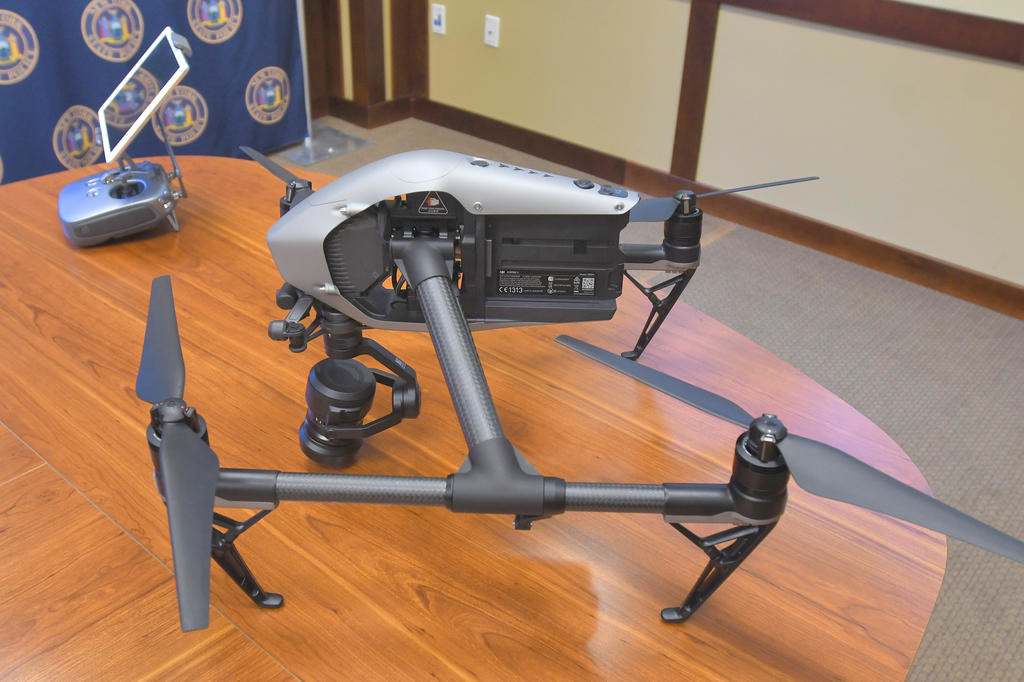 SLEEK AND STYLISH — This new unmanned aerial drone costs about $7,000 for the state police. Troopers hope to have 14 drones across the state by the Ppring. (Sentinel photo by John Clifford)
Previous Next
Posted Saturday, January 27, 2018 4:10 pm
Sean I. Mills
Staff writer
email • twitter

ONEIDA — The state police are taking to the air with the launch of their new aerial drone program.

“The evolution of technology has come to the point where it’s available, it’s affordable,” Reichel said Friday. “And it’s a very efficient means of getting an aerial observation platform up in the sky in a timely manner.”

Troop D is one of four state police zones that have received the drones. Troopers said they plan to expand to nine zones by the end of March. The other zones with new drones cover western New York, the Hudson River and the Albany area. Officials said they hope to have a total of 14 drones by the spring.

Each drone costs about $7,000, with money coming from the state and the New York State Trooper Foundation, a charity that raises private funds for state police training and equipment.

In a dangerous situation, like a natural disaster or an active crime scene, the drones will keep troopers out of harm’s way.

“We can overwatch our personnel. We can look out for them and see where they’re going, direct them to different things,” said Reichel.

​Troopers said the drones have already been used to document ice jams in the Sauquoit and Fish creeks in Whitesboro and Sylvan Beach.