“Our undisrupted reliance on fossil fuels and our aging building stock — the median New York home is the oldest in the nation — not only result in higher energy costs but also in higher emissions,” notes a written part of Gov. Hochul's state address. 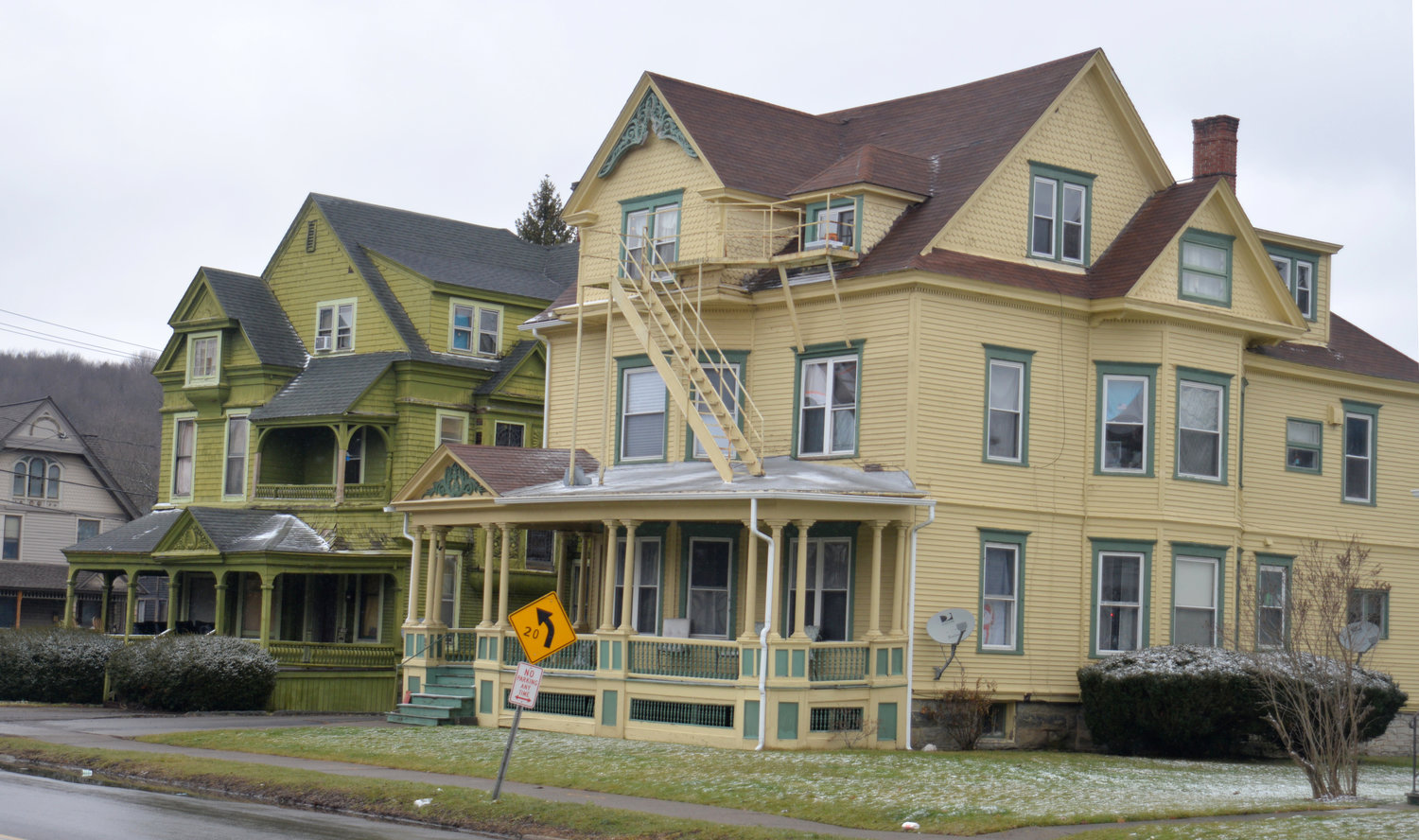 Much of Cortland County’s housing stock is old and energy inefficient. The U.S. Census Bureau estimates 66% of houses in the county were built before 1970, with 30% dating to 1939 and earlier.

As builder and developer for Scott Steve builders since 1985, Cortland Mayor Scott Steve offered some advice Friday to help homeowners make their houses more efficient, above and beyond – and perhaps instead – of what Gov. Kathy Hochul suggested in her State of the State address Tuesday.

“I think a lot of people can improve insulation, putting insulation in your attic will be the least cost and best bang for your buck,” Steve said.

Cortland houses built before 1940 may lack modern insulation, and their windows are often poorly sealed, letting out heat much faster than modern double-panes. Heated largely using gas, and unable to hold heat for long, these houses cost more to heat and are responsible for a third of the state’s carbon output, Hochul said in her address.

“Our undisrupted reliance on fossil fuels and our aging building stock — the median New York home is the oldest in the nation — not only result in higher energy costs but also in higher emissions,” she said in her presentation book. “New York’s buildings are the largest source of emissions in our state, accounting for a third of our carbon output as well as a third of the state’s pollution that drives asthma and shortens lives.”

“We know that the key to long-term sustainability – for our wallets and our planet – is weaning ourselves from fossil fuels,” she added. “To set us on that path, I’m proposing a plan to end the sale of any new fossil-fuel-powered heating equipment by 2030.”

In Cortland County, 60% of homes are fueled with natural gas, nearly 19% with fuel oil or kerosene, and 0.2% using coal – more than 450 homes, the Census reports. But converting fully to electricity, as Hochul suggests, may not come easily to Cortland.

“To go toward the full electric movement if you will … that’s tough,” Steve said. “There’s still homes with single-pipe steam systems, there’s probably 70% boilers and 30% furnaces in the city, and furnaces can be converted to electric a little bit easier, but most buildings are all boilers.”

“There’s going to be quite an adaptation to making this happen,” he said. “I was meeting with National Grid the other day, and a lot of these houses and areas are not ready to handle this electricity, they’re not able to handle this amperage that will be going into the electricity system.”

CAPCO’s director, Greg Richards, could not be reached Friday for comment.

The program can offer successful applicants installation of high-efficiency lighting, attic and wall insulation, installation of clean heating and cooling heat pumps, replacement of old refrigerators and freezers, water-saving showerheads, or a monthly electric bill credit of between $5 to $15 from community solar.

According to the NYSERDA, the program is funded through a “System Benefits Charge” included in the bills of participating electric and natural gas utilities. This means that everyone who is a customer of a participating utility is chipping in to pay for this program.

Additional funding is provided from other sources as well, such as the Regional Greenhouse Gas Initiative, which provides funding for energy efficiency upgrades to lower carbon emissions.

“It’s going to be a huge infrastructure cost for property owners to convert to all electric, and then National Grid has to make sure you have enough power to the building,” Steve said. “These conversions might take $45,000 to $50,000 on an average home and a commercial building would triple that.”

“A lot of heat pumps and such come from overseas, so that’s going to be a hurt for our country as well,” he said. “So I think while I’m not necessarily against the idea, I think there’s a lot of work that has to be done before that can happen. If everyone gets an electric car tomorrow, they have to come up with ways to handle and charge the batteries.”