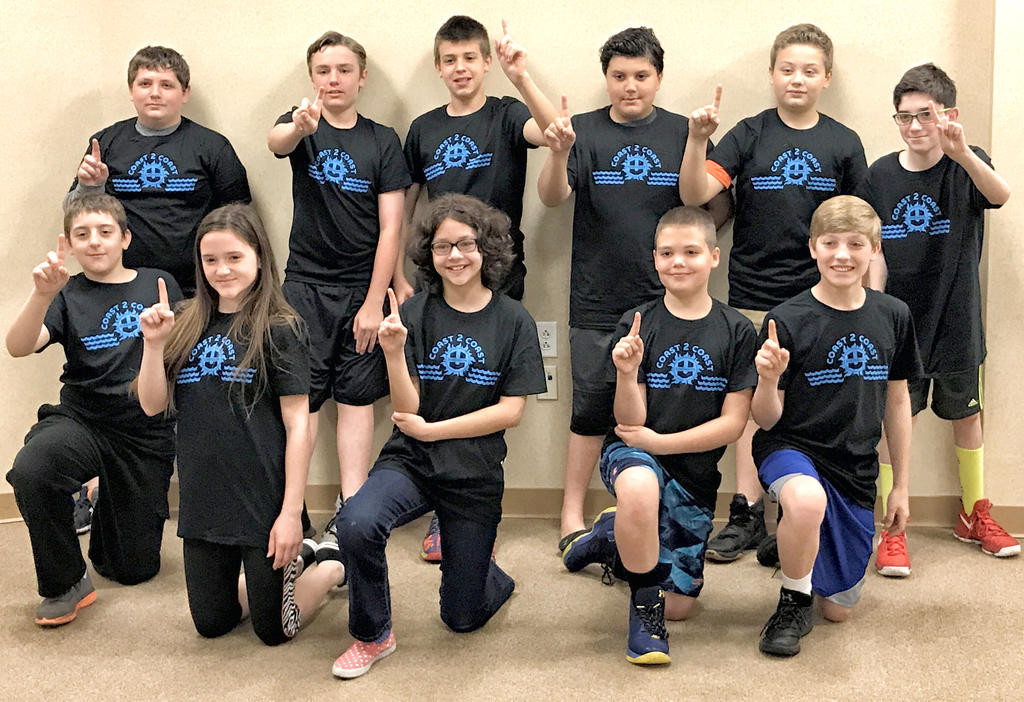 IT ALL ADDS UP — This team of sixth graders from Staley Upper Elementary School took top honors in two categories in its division in the 2017 Department of Defense Math Games Tuesday at the Griffiss Institute. (Photo submitted)
Posted Friday, May 26, 2017 4:00 pm

Twelve sixth graders from Staley Upper Elementary School showed off their science, technology, engineering and mathematics (STEM) skills by winning their grade division at the 2017 DimensionU Department of Defense Math Games Tuesday at the Griffiss Institute.

The Staley squad went up against three other teams from around the country. Teachers Courtney Huf and Dorothea Iselo led the Rome students.

DimensionU Games is funded through the National Defense Education Program and produced by DimensionU, according to an event announcement.

The math gaming tool enhances students’ skills in grades three to nine, the announcement added. To be successful at the game, the students must solve math problems to move to the next phase.

The National Defense Education Program funds the Air Force Research Laboratory STEM Outreach Program, and all teams are affiliated with a branch of the military.