Andre Curbelo scored a career-high 23 points, Joel Soriano and David Jones had double-doubles and St. John's dominated overtime for a 76-69 win over Syracuse on Tuesday night. 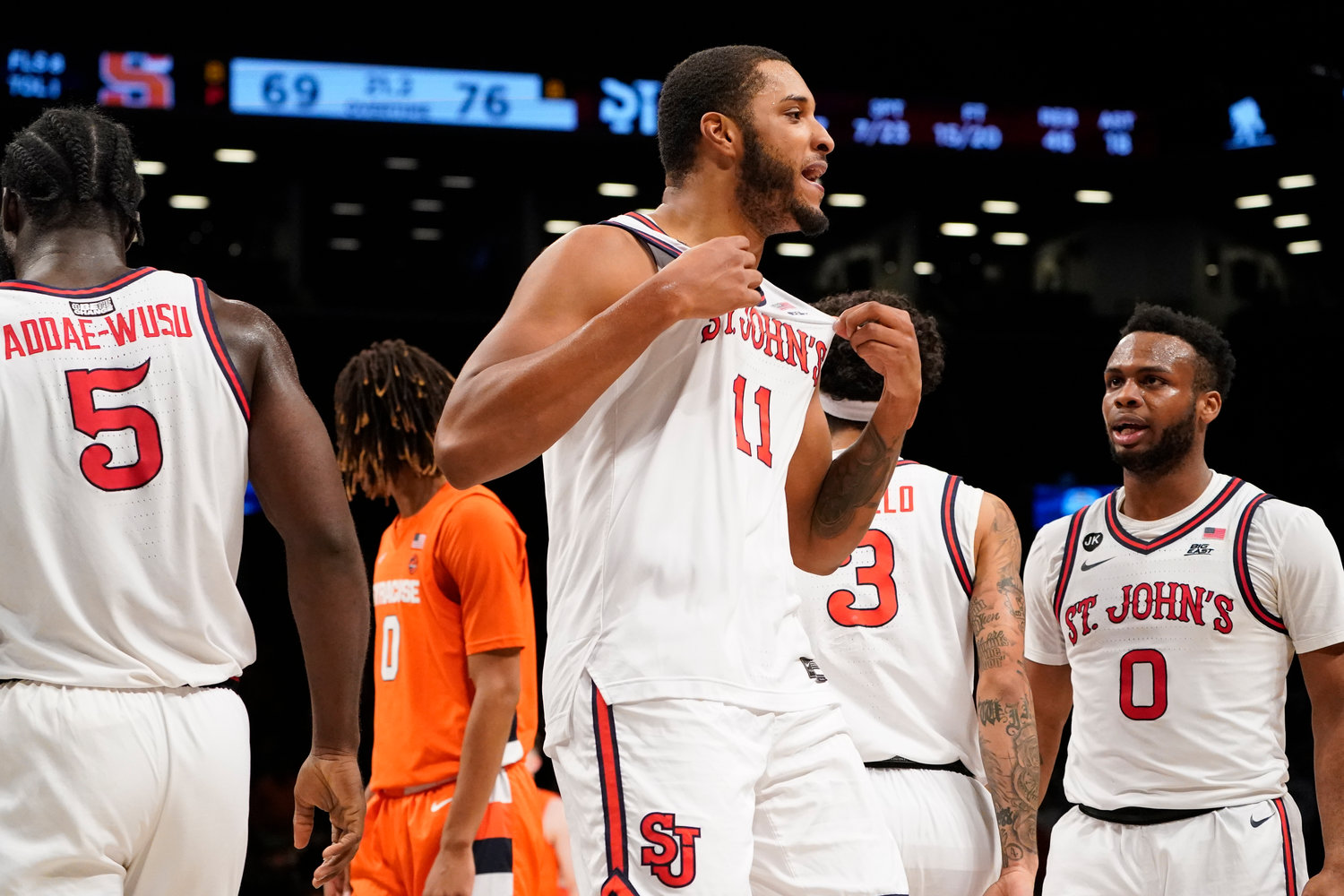 NEW YORK — Andre Curbelo scored a career-high 23 points, Joel Soriano and David Jones had double-doubles and St. John's dominated overtime for a 76-69 win over Syracuse on Tuesday night to capture the Vividseats Empire Classic at the Barclays Center.

Both teams had shot clock violations in the final minute of regulation before the Orange missed a contested shot at the buzzer to leave the game tied at 65. The offensive woes continued in the extra sessions before Jones made a layup midway through.

Jesse Edwards quickly got those back with a pair of free throws but St. John's reeled off six-straight points, which was too much for Syracuse to overcome. The Orange went 1 of 4 from the field, missed the front end of a one-and-one and had four turnovers in the extra session.

Four starters scored in double figures for Syracuse (3-2), led by Judah Mintz with 20. Edwards had 18, Chris Bell 12 and Benny Williams 11 with 10 rebounds. Joe Girard had a miserable night with four points on 1-of-10 shooting a night after scoring 31 in an overtime win over Richmond in the opening game of the classic.

Williams had five points and Mintz four in a 9-0 run that gave Syracuse a 19-8 lead midway through the first half. The Red Storm cut the deficit to three on a Curbelo 3-pointer with six seconds left but Mintz converted a three-point play with a second to go and the Orange led 35-29.