WAMPSVILLE — It's up to the community to reach out to its veterans and learn more about the struggles they and their comrades face, especially on Veterans Days. The Madison County War Veterans … 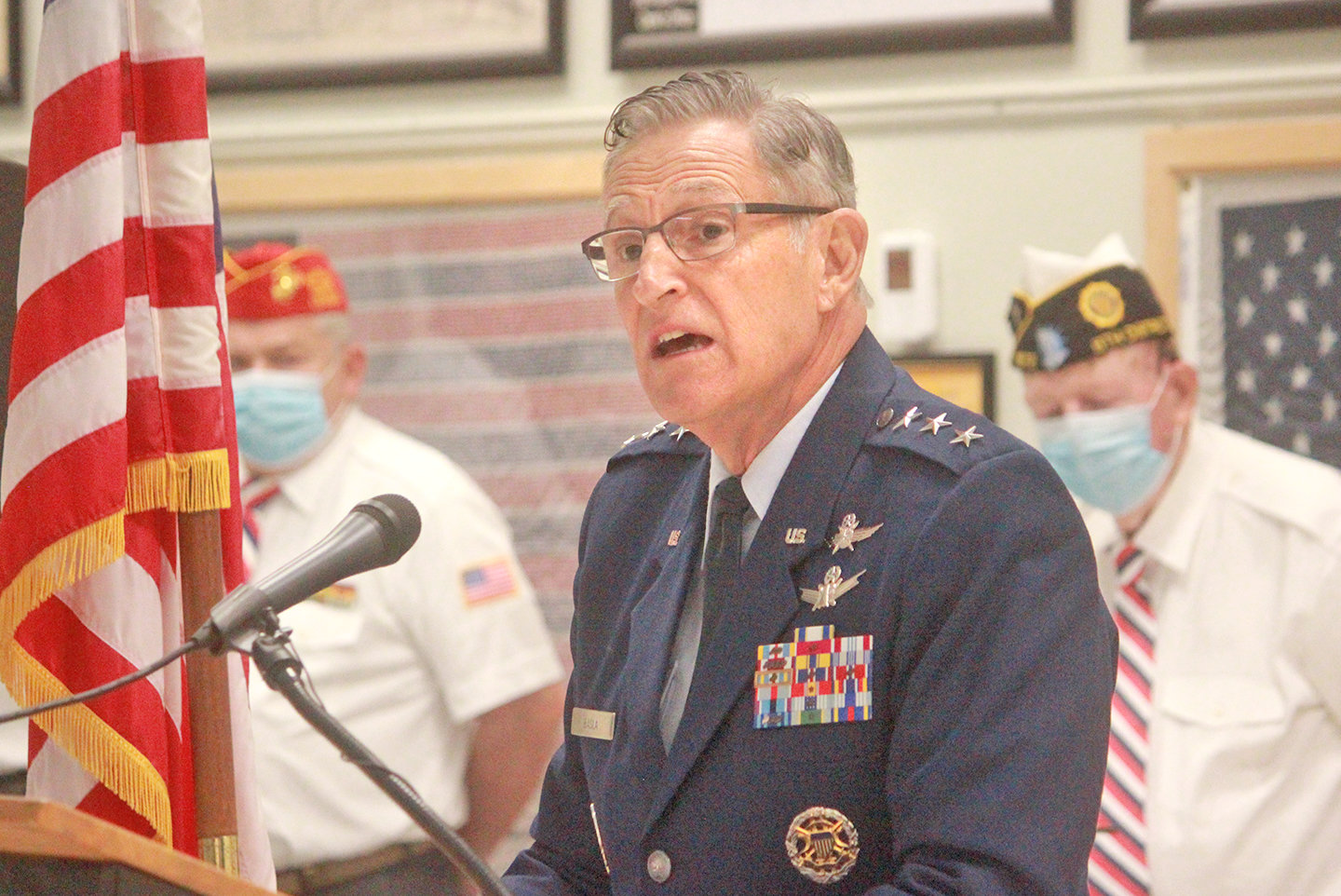 WAMPSVILLE — It's up to the community to reach out to its veterans and learn more about the struggles they and their comrades face, especially on Veterans Days.

"I'm not sure the general public really understands the sacrifices and challenges many of our veterans face during and after their service time," Basla said. "I say that because the group of men and women who serve continue to be a smaller and smaller segment of our society."

Basla asked just how many Americans realized that an estimated one-quarter of homeless adults — an estimated 38,000 — are said to be veterans in need of food and clothing. And almost 40% of these veterans are victims of substance abuse and psychiatric disorders.

"How many Americans know the significance of 22 and what it represents to our veterans?" Basla asked the audience. "That is the average number of veterans who commit suicide every day. Veterans are one-and-a-half times more likely to die by suicide than other Americans who never served in the military. And it's 2.25 more likely for female veterans."

Basla said these statistics are heart-wrenching and while there are steps being taken on the local, state, and federal level to help veterans like the Wounded Warriors Project and Clear Path for Veterans, Basla urged communities to listen to the untold stories.

"I encourage the people of Madison County and Central New York to seek out some of these vets, meet them, and ask them to share their stories and become part of their support group," Basla said.

Serving for 36 years, Basla has seen these veterans and shared the stories they told him. And in turn, Basla shared it with the people of Madison County.

"I met an Army specialist at Walter Reed National Military Medical Center in the District of Columbia," Basla said. "The specialist was a patrol leader and on patrol in Iraq when he was injured. He told me heard a click as he stepped over a low fence. He said the next thing he remembered was waking up at a medical center in Germany."

The specialist was transferred back to the states and had undergone treatment. Basla said he had a chance to see the injuries the specialist suffered at the time and compared it to a cut of raw flesh that would be on his father's butcher block as a child.

Basla encouraged everyone to seek out their community veterans and speak with them and hear their stories.

"You just need to give them the precious gift of some of your time."