The New Hartford girls soccer team continued its dominance with a 4-0 win at home on Senior Night over Fayetteville-Manlius Monday in non-league play. 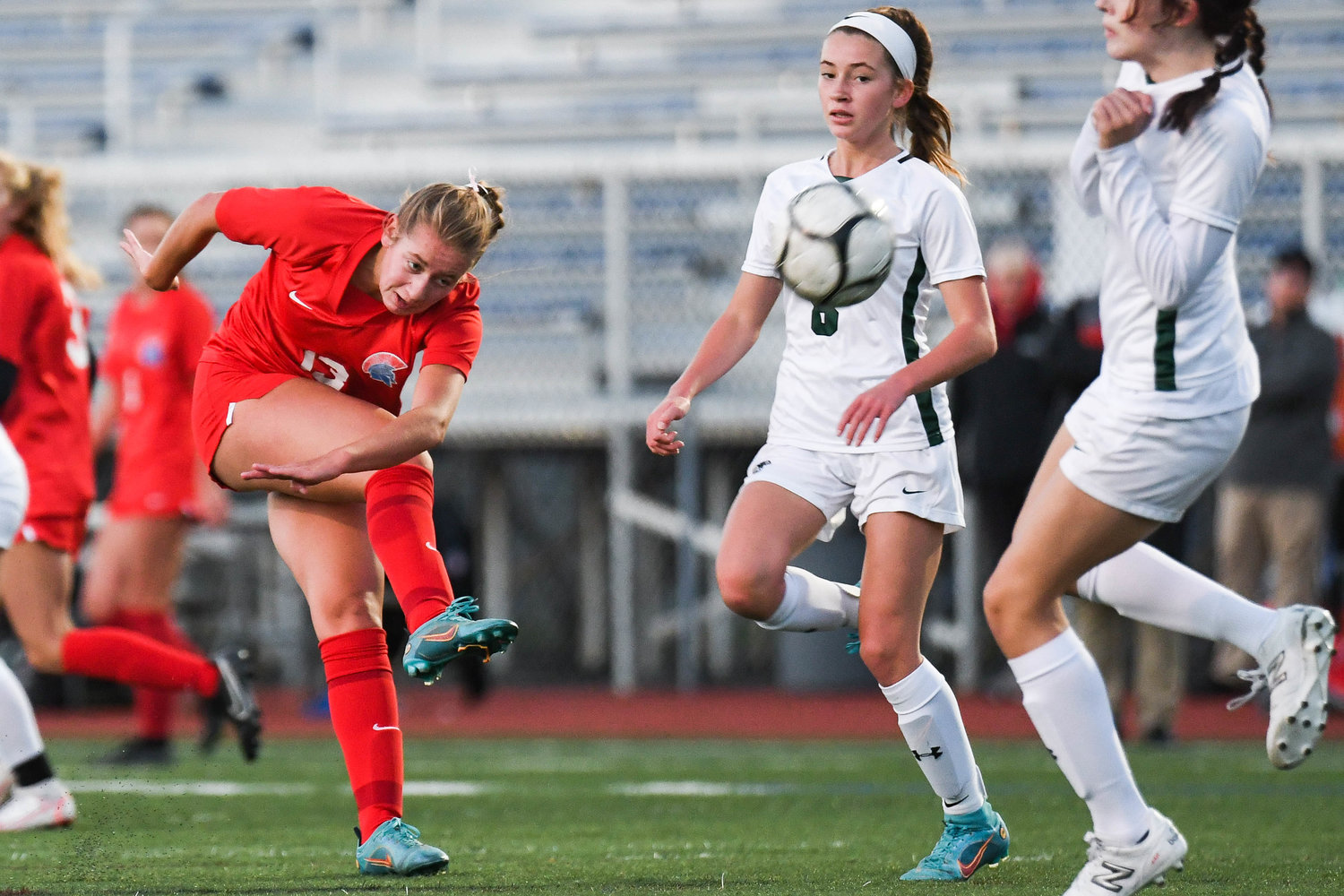 New Hartford’s Willa Pratt fires a shot toward goal against Fayetteville-Manlius on Monday night in New Hartford. Pratt scored and had two assists in the Spartans’ 4-0 non-league win. The victory pushed the defending Class A state champion’s unbeaten streak to 51 games.
(Sentinel photo by Alex Cooper) 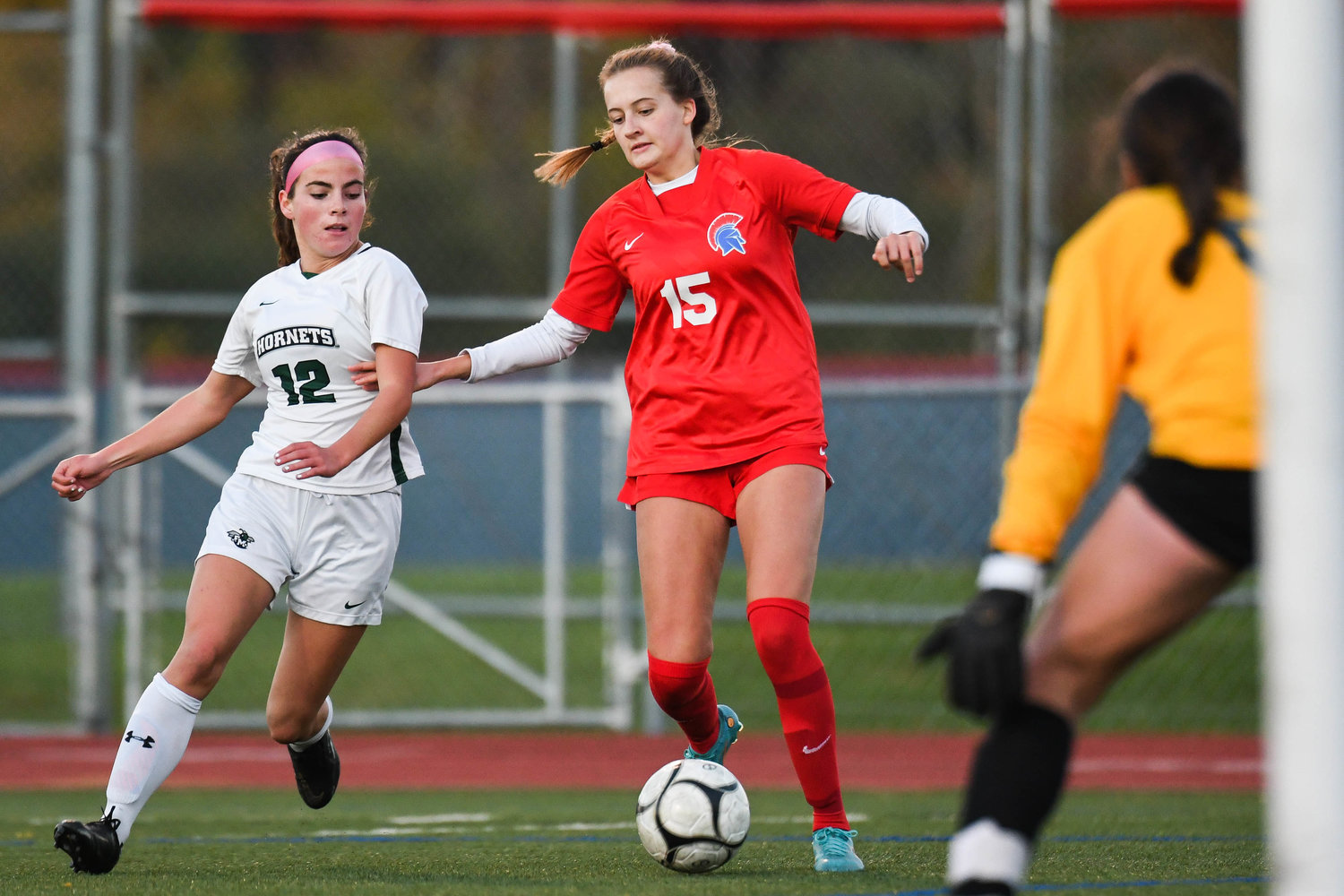 New Hartford’s Anna Rayhill moves the ball toward the net against Fayetteville-Manlius’ Sophia Leonard, left, during the game on Monday night in New Hartford. Rayhill scored twice and New Hartford won 4-0 on Senior Night, when nine players including Rayhill were honored.
(Sentinel photo by Alex Cooper) 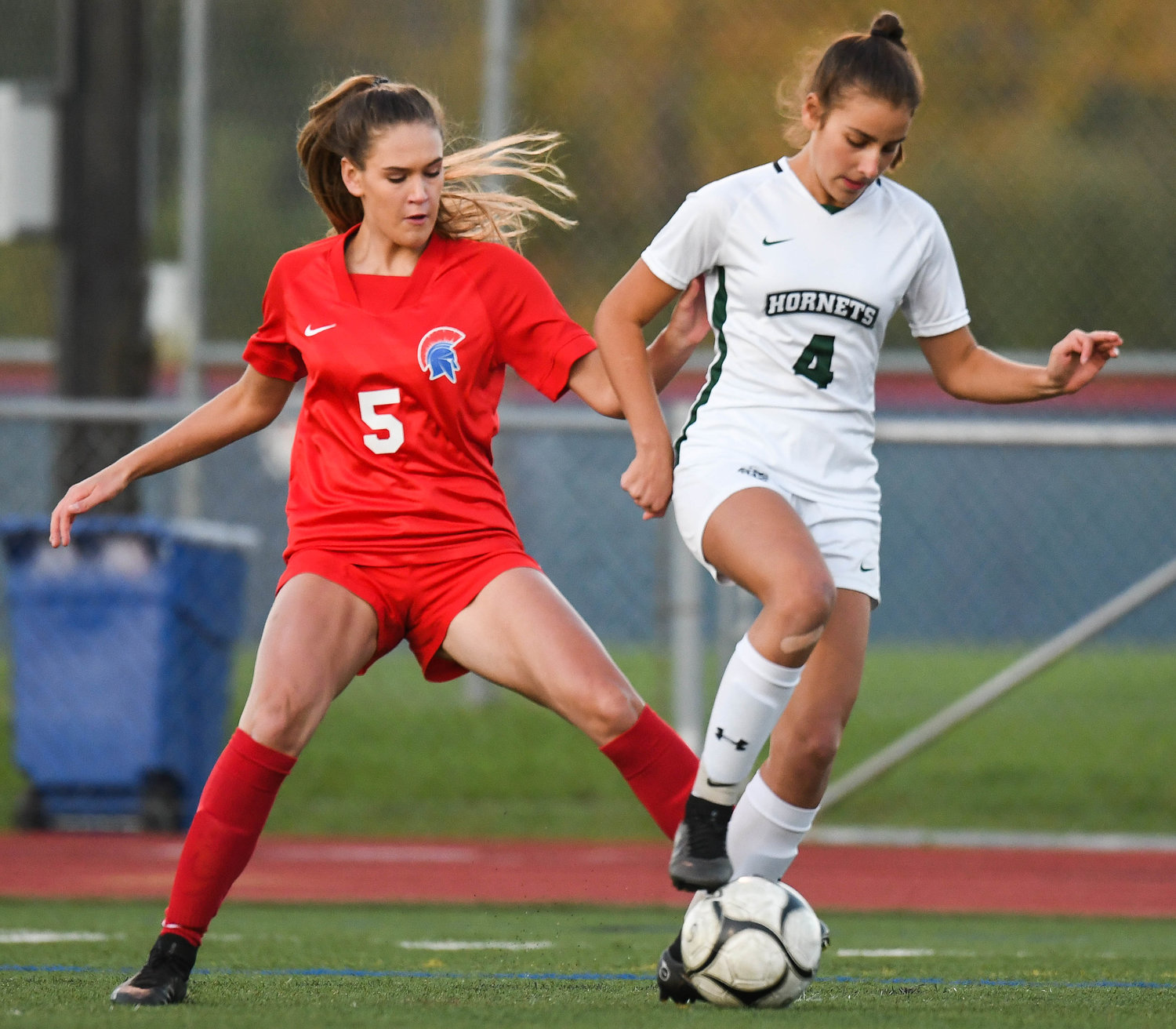 New Hartford's Alex Volo, left, fights for control of the ball against Fayetteville-Manlius' Una Vlasak during a game on Monday night in New Hartford. The Spartans won 4-0 on Senior Night, which honored nine players including Volo.
(Sentinel photo by Alex Cooper) 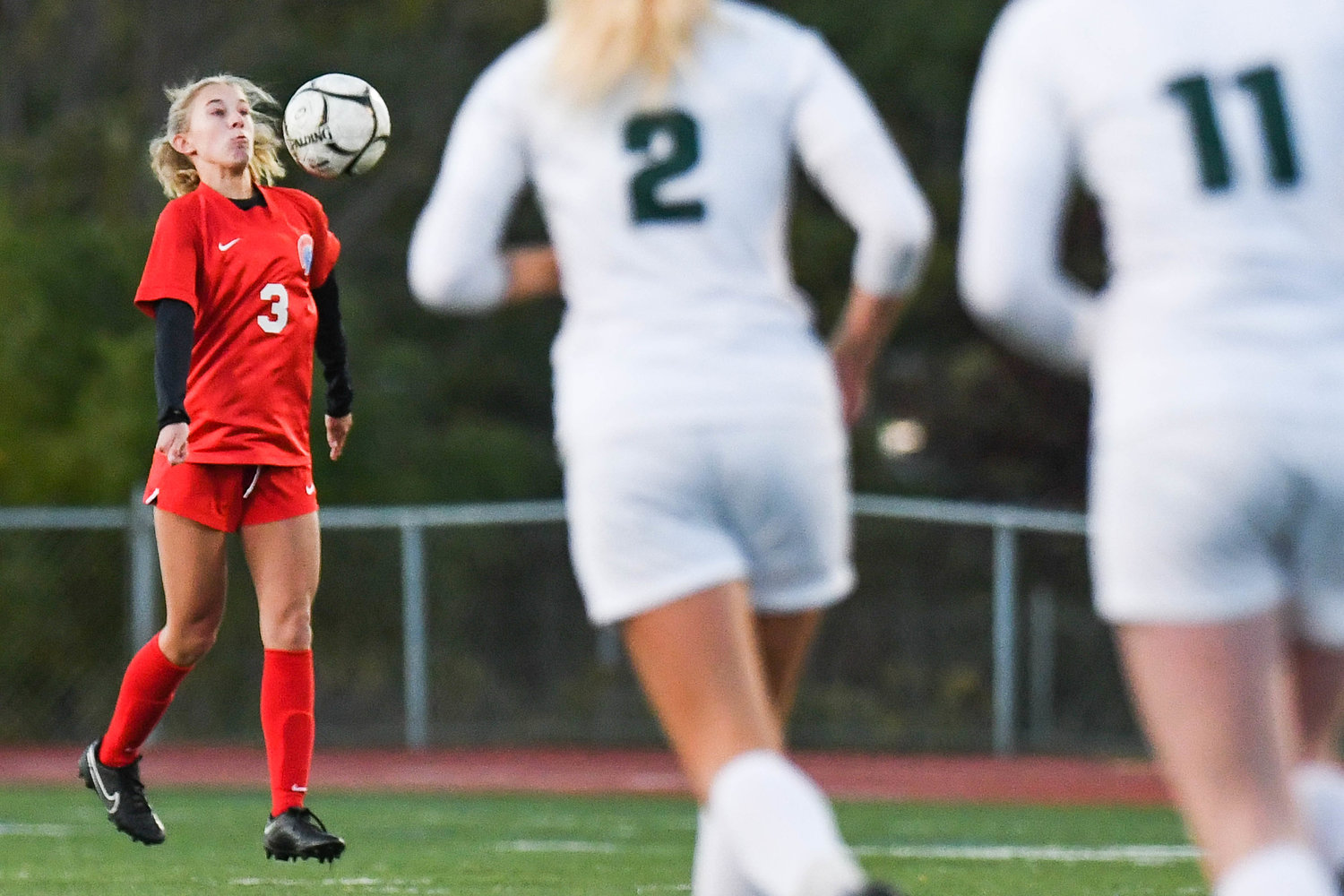 New Hartford's Grace Serafin settles the ball during the game against Fayetteville-Manlius on Monday night in New Hartford. The Spartans won 4-0, and the defending Class A state champions' unbeaten streak is now 51 games.
(Sentinel photo by Alex Cooper) 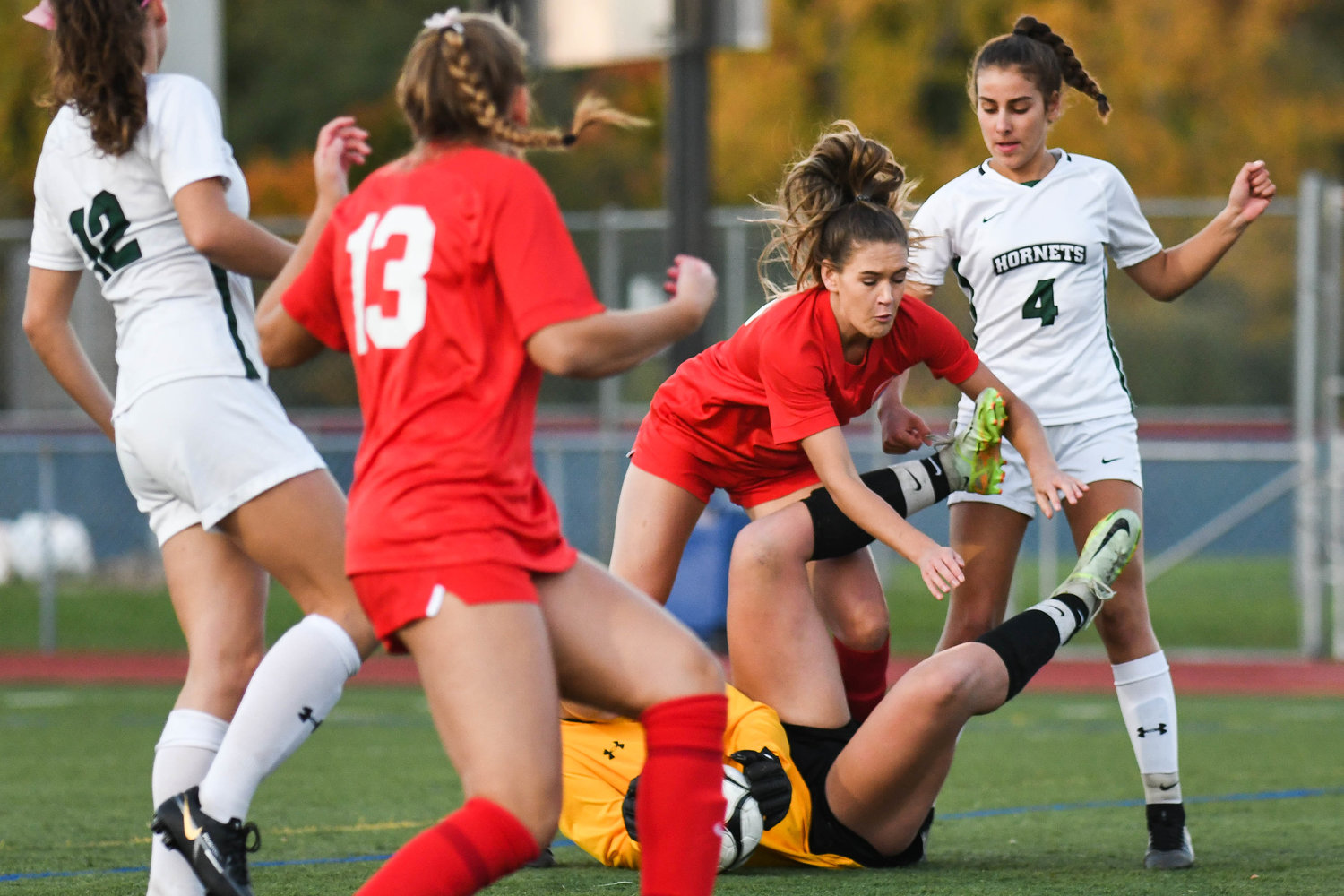 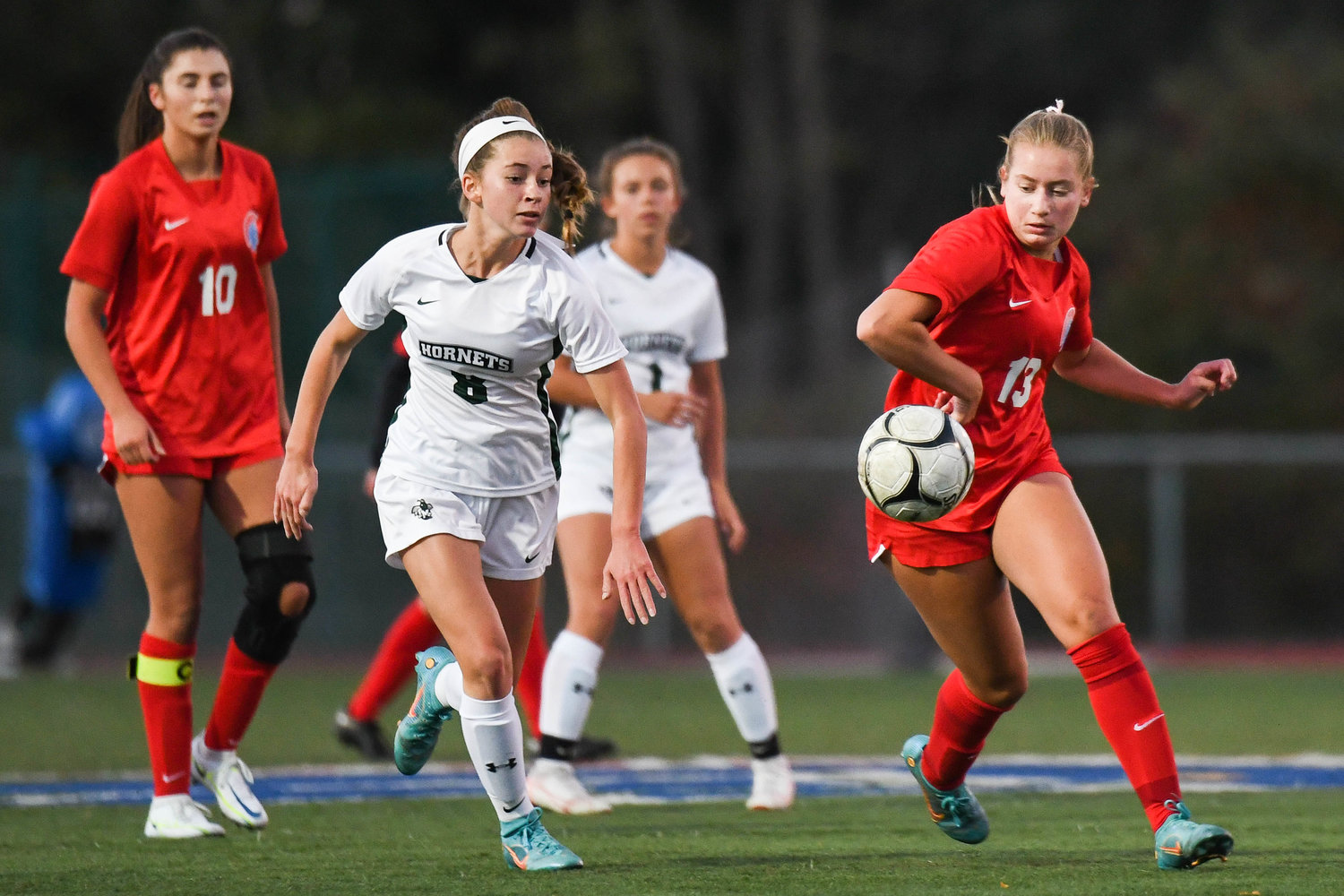 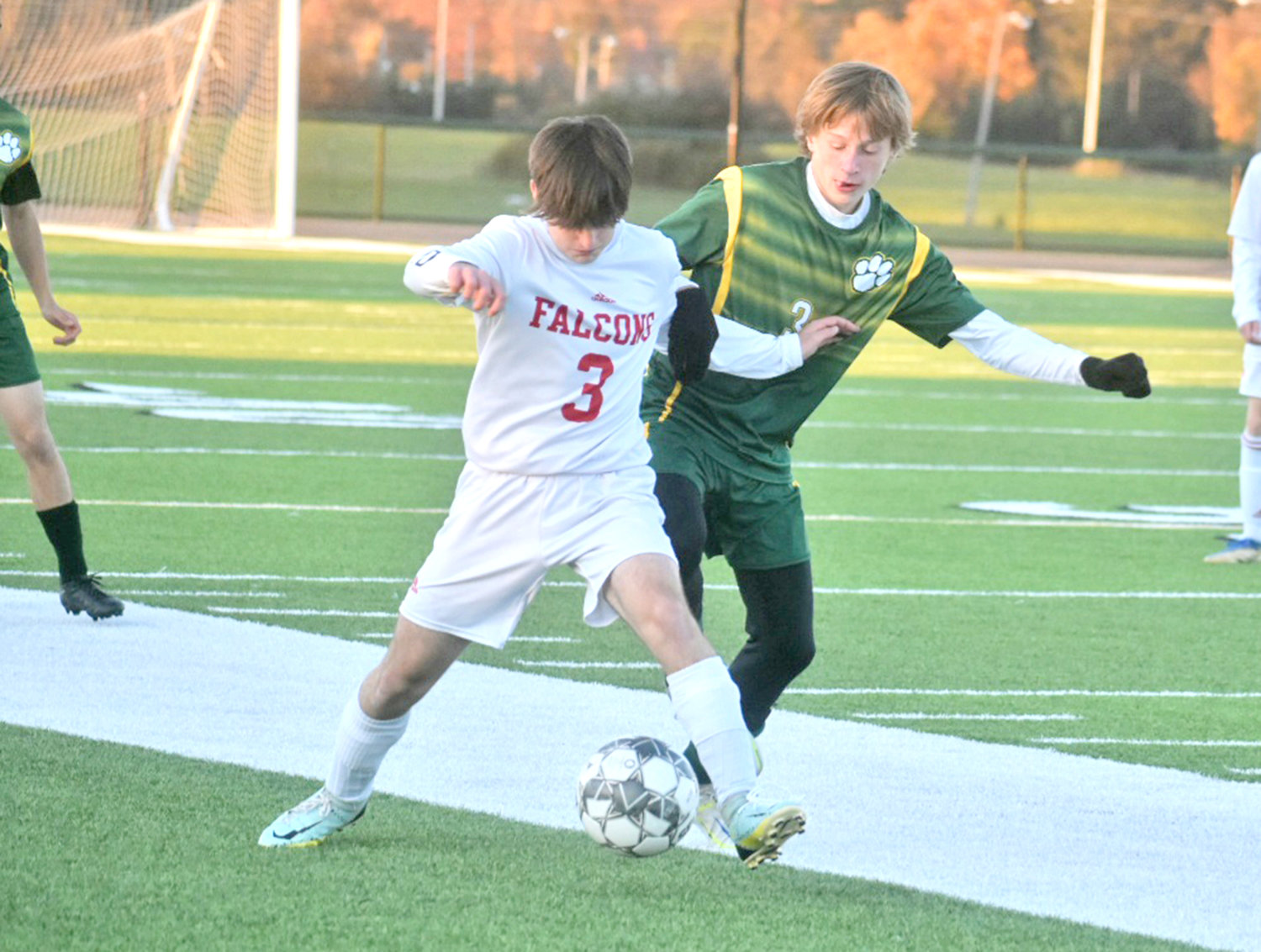 The Spartans picked up a 4-0 win at home on Senior Night over Fayetteville-Manlius on Monday in non-league play. The team followed that with a 6-0 win Tuesday over Thomas R. Proctor High School.

The wins push the defending Class A state champion’s unbeaten streak to 52 consecutive games (51-0-1). The mark is tied for the third-longest streak in the New York State Public High School Athletic Association record book. Stillwater also had a 52-game undefeated streak from 2017 to 2021.

The second-longest streak in the record books is held by Westhill, which had a stretch of 59 between 1995 and 1997.

On Monday, the Spartans scored once in the first half and added three goals in the second half. Anna Rayhill scored twice. Willa Pratt scored and had two assists. Amanda Graziano also scored.

In Tuesday's win, New Hartford had six goal scorers. The team had three goals in each half.

Proctor is 0-12 overall this season. The team, which is winless in the last 15, has been held without a goal this season.

Charlotte Acee had a hat trick, Autumn Coffin scored twice and Isabella Smith had a goal.

Holly Bulischeck earned the shutout in goal for the 6-0 Bulldogs.