So Amazing and Natameri win features at Vernon Downs

At the races on Labor Day at Vernon Downs, So Amazing and Natameri won the co-features.

So Amazing and Natameri win features at Vernon Downs 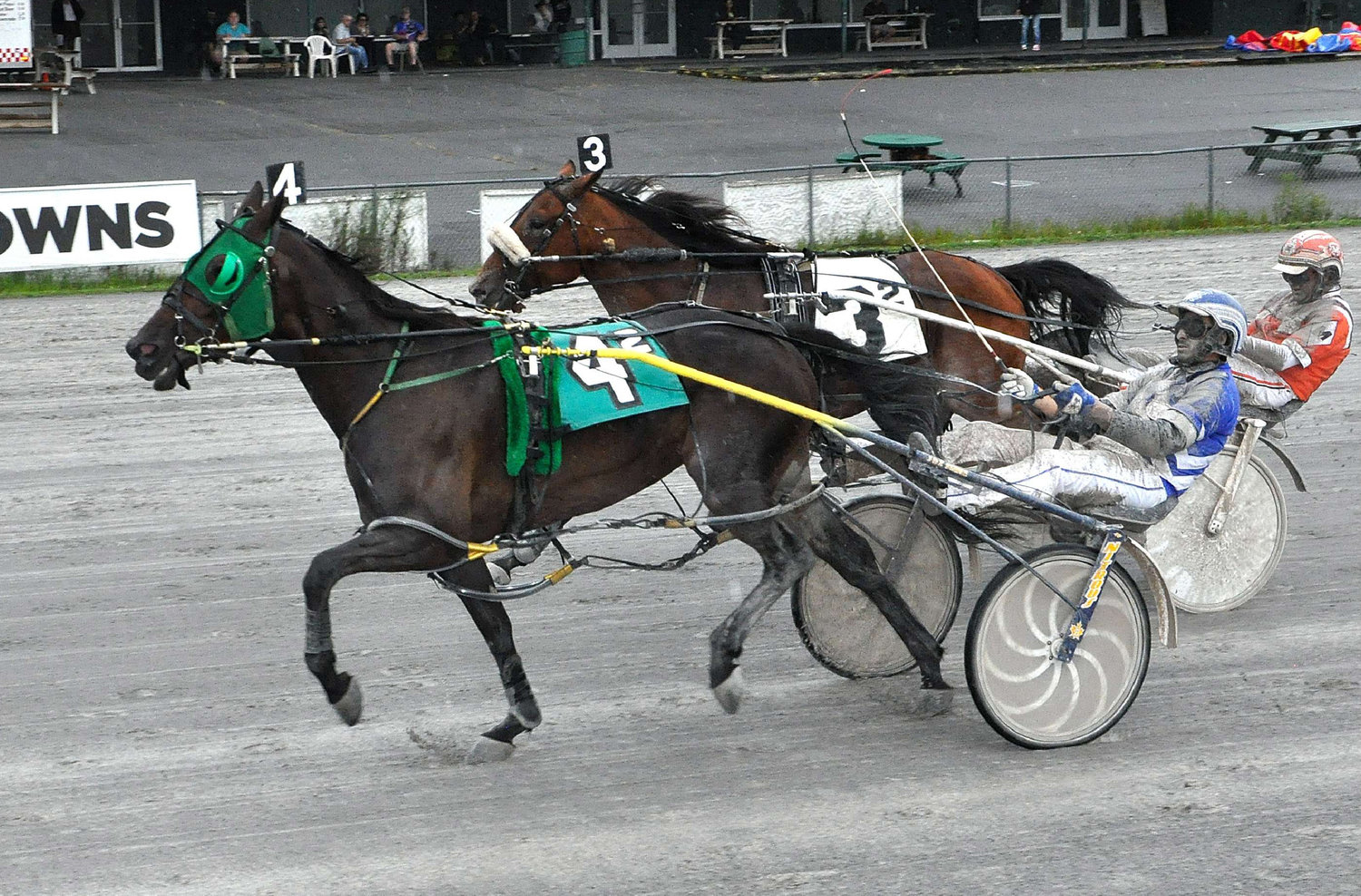 So Amazing and driver Steeven Genois won the $9,200 Fillies & Mares Open Pace Monday at Vernon Downs. The win, in 1:54.3, was the 4-year-old mare’s second of the season.
(Photo by Fotowon) 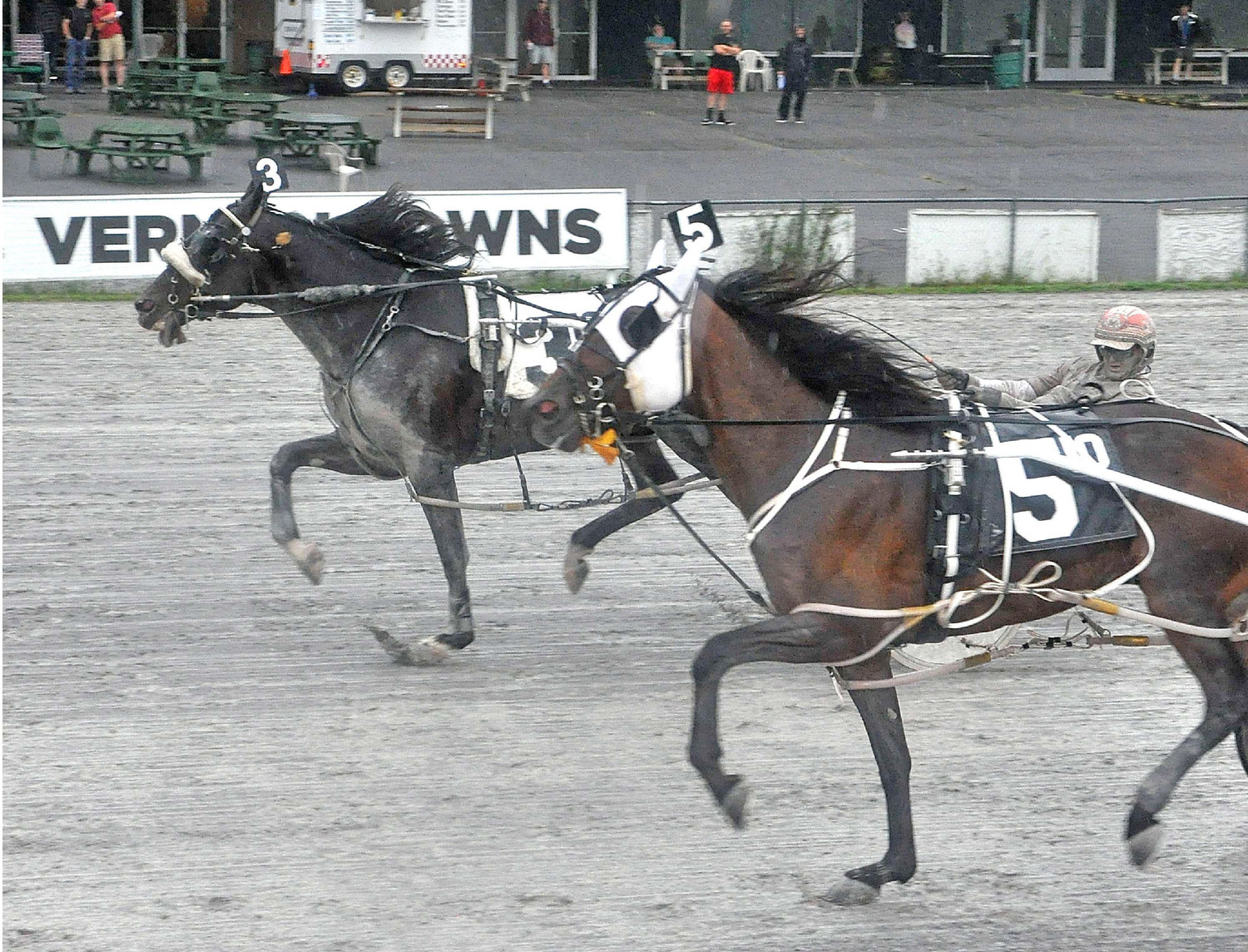 VERNON — At the races on Labor Day at Vernon Downs, So Amazing and Natameri won the co-features.

So Amazing and driver Steeven Genois went straight to the front and led to the quarter in 27.3 seconds. She used a 31.3-second quarter and was first to the half in 59.1 seconds. Luck B Mine (Chris Long) was first to make a move going first-over heading to the final turn. So Amazing was first to three-quarters in 1:27.3.

As they made the turn for home Dudes Sweet Bet (John MacDonald) went all out but So Amazing had plenty left and won in 1:54.3. Dudes Sweet Bet had to settle for second best. Treasurethosechips (Leon Bailey) finished third.

So Amazing is a 4-year-old mare by So Surreal. She is owned by Big Sky Ranch and Rita Scharman. It was her second win this season. She now has 13 career victories.

Lanjo Lee (Leon Bailey) went right to the lead and led to the quarter in 27.3 seconds. He used a 30.2-second quarter to be first to the half in 58 seconds. Lets Roll (Frank Affrunti) came first up heading around the final turn but he couldn’t get close. Lanjo Lee led to three-quarters in 1:27.3.

As they reached the stretch Lanjo Lee still held the lead but Natameri and driver John MacDonald made a move going first up. Second place finisher Lanjo Lee dug in but Natameri just kept coming and just slipped by to win in 1:54.1. Regal Escape (Chris Long) finished third.

Natameri is a 4-year-old horse by American Ideal. She is owned by the Purple Haze Stables and trained by Jessica Okusko. It was her sixth win in 2022. She now has 12 career victories.

MacDonald and Genois each drove three winners on the card. Jessica Okusko had a training double.

Vernon Downs returns to live racing on Friday with a 10-race card starting at 6:05 p.m.