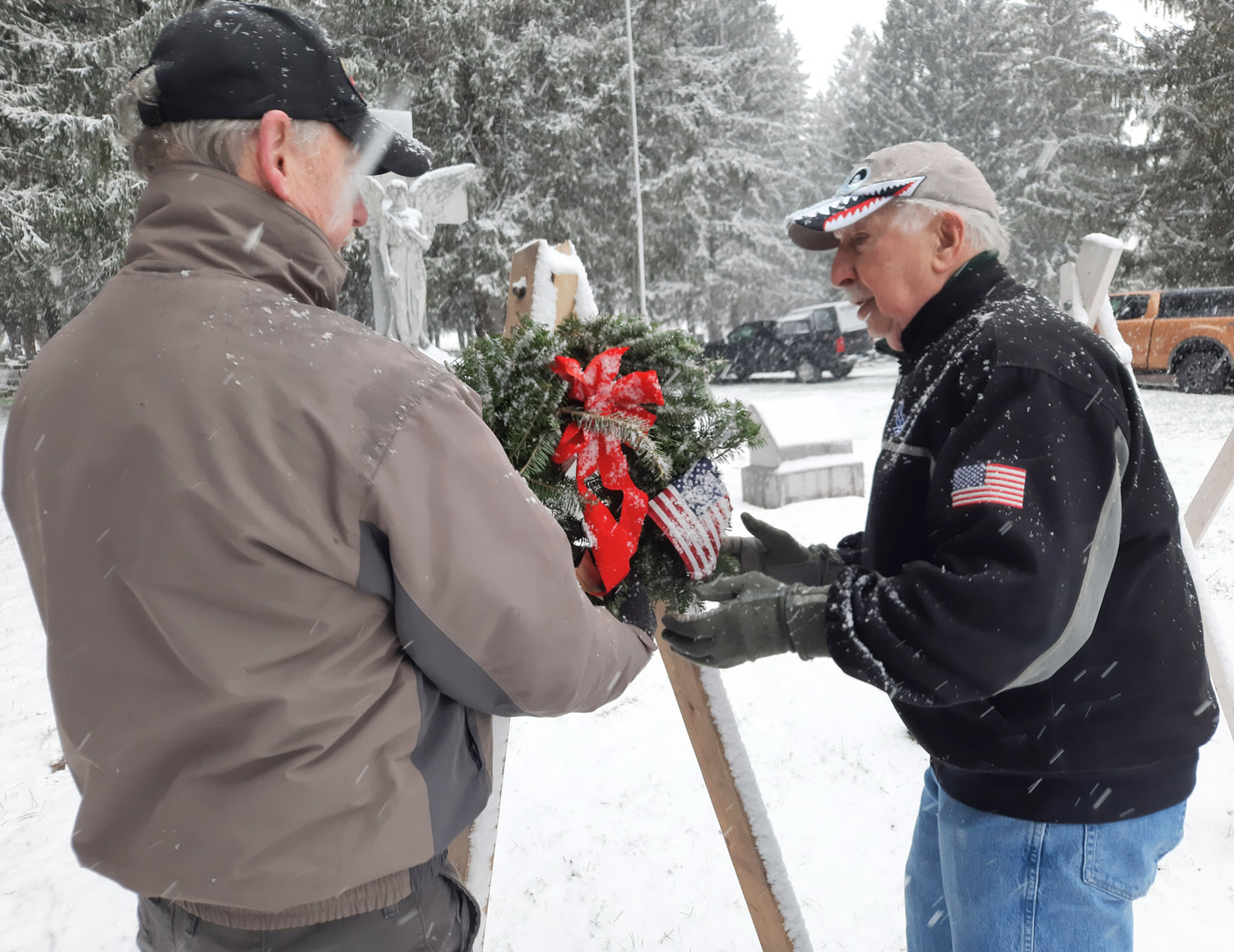 WREATHS ACROSS AMERICA — Members of the Lee American Legion place a wreath dedicated to the U.S. Army at Evergreen Cemetery in Lee. Wreaths Across America began in 1992 as a way to pay tribute to veterans across the country. In 2020, WAA and its volunteers laid over 1.7 million veterans' wreaths at more than 2,500 participating locations in all 50 U.S. states, at sea, and abroad.
(Sentinel Photo by Charles Pritchard) 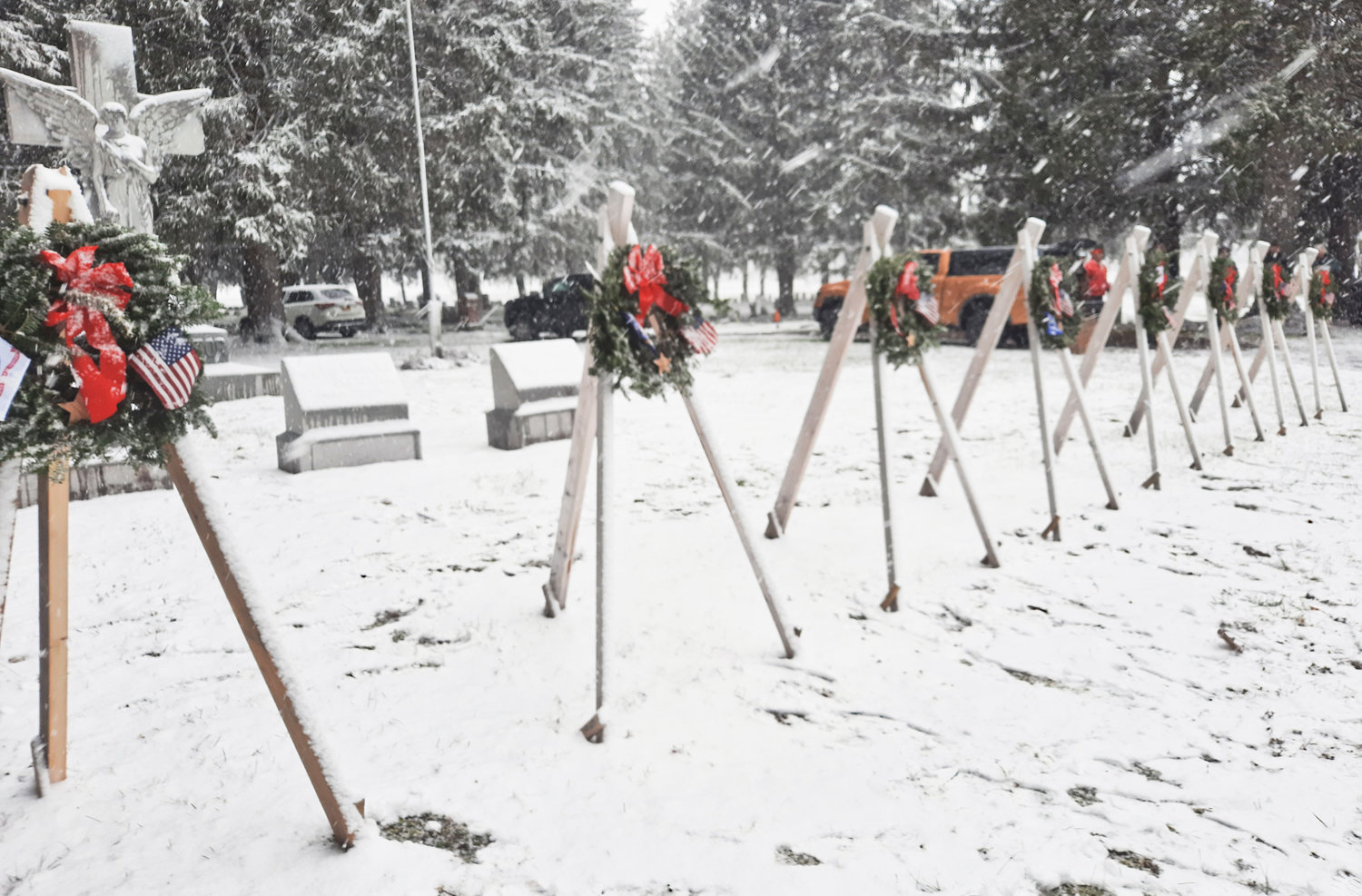 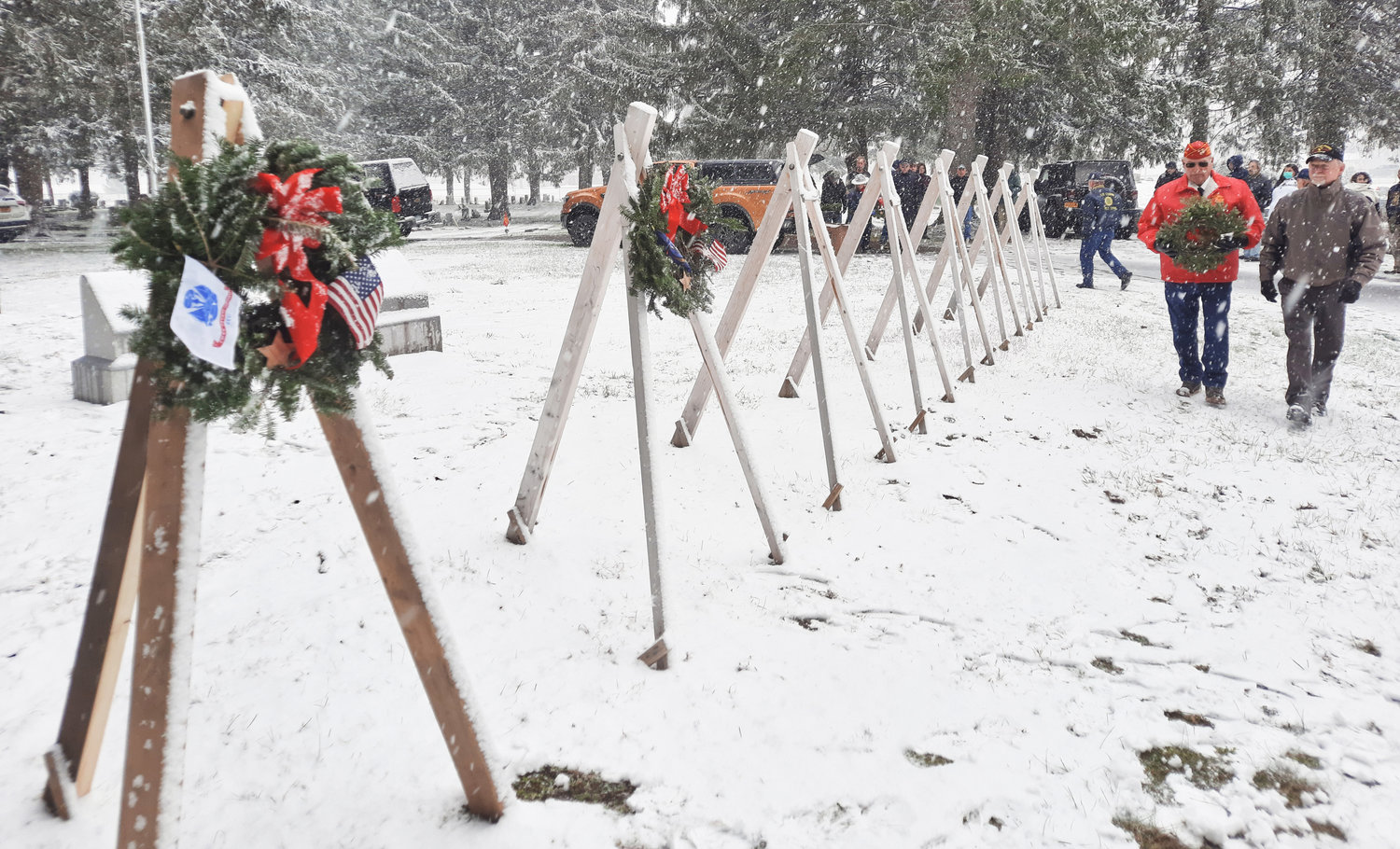 REMEMBERED ON A COLD WINTER — Wreaths are carried and dedicated to all those who have served in the military for Wreaths Across America. The Lee American Legion performs the ceremony at Evergreen Cemetery in Lee.
(Sentinel Photo by Charles Pritchard)
Previous Next
Posted Tuesday, December 21, 2021 3:14 pm