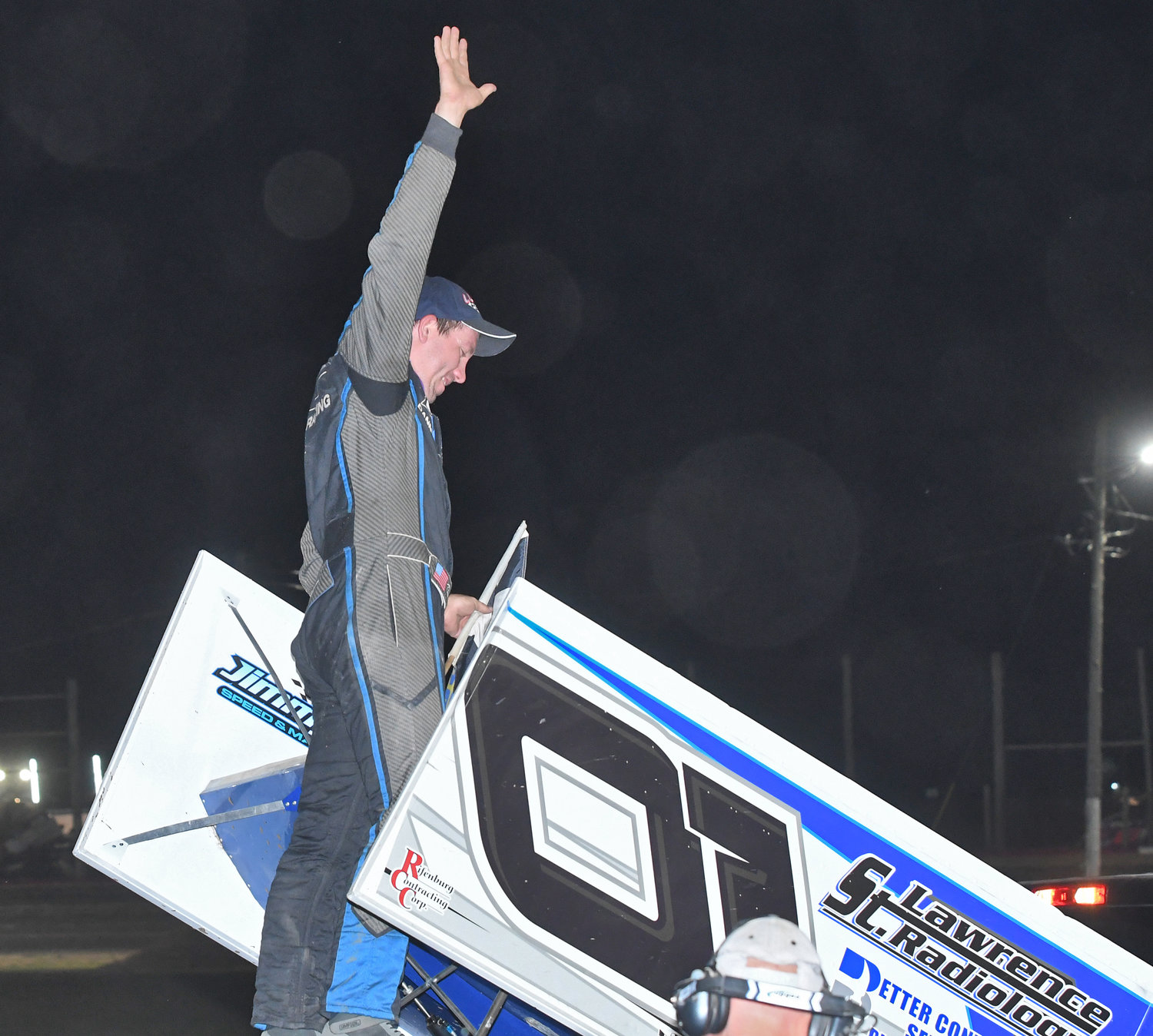 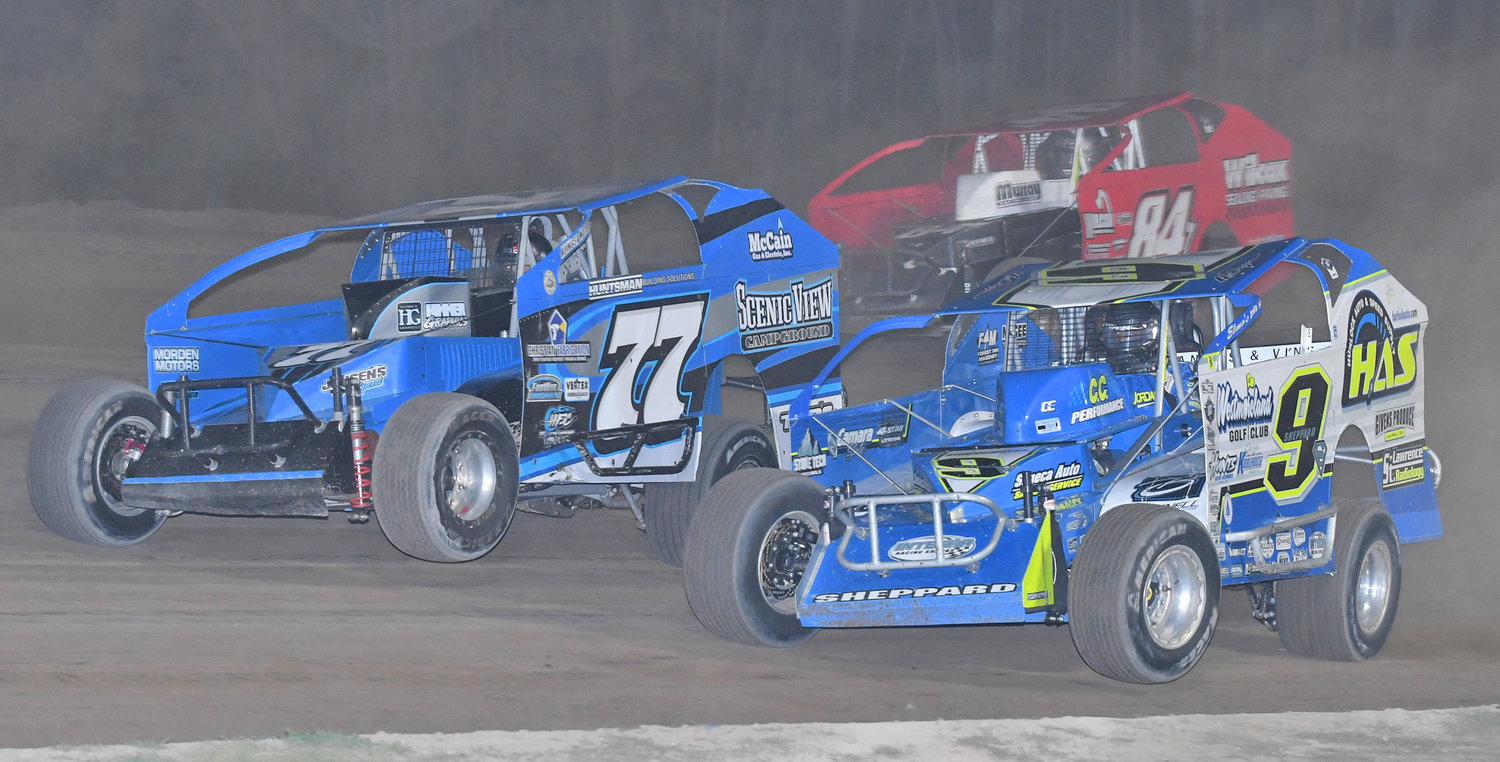 SHEPPARD WINS AGAIN — Utica-Rome Speedway action from last Friday night. Matt Sheppard of Savannah gets to the inside of No. 77 Alan Barker and No. 84Y Alex Yankowski on his way to his ninth feature win at the "Home of Heroes."
(Sentinel photo by John Clifford) 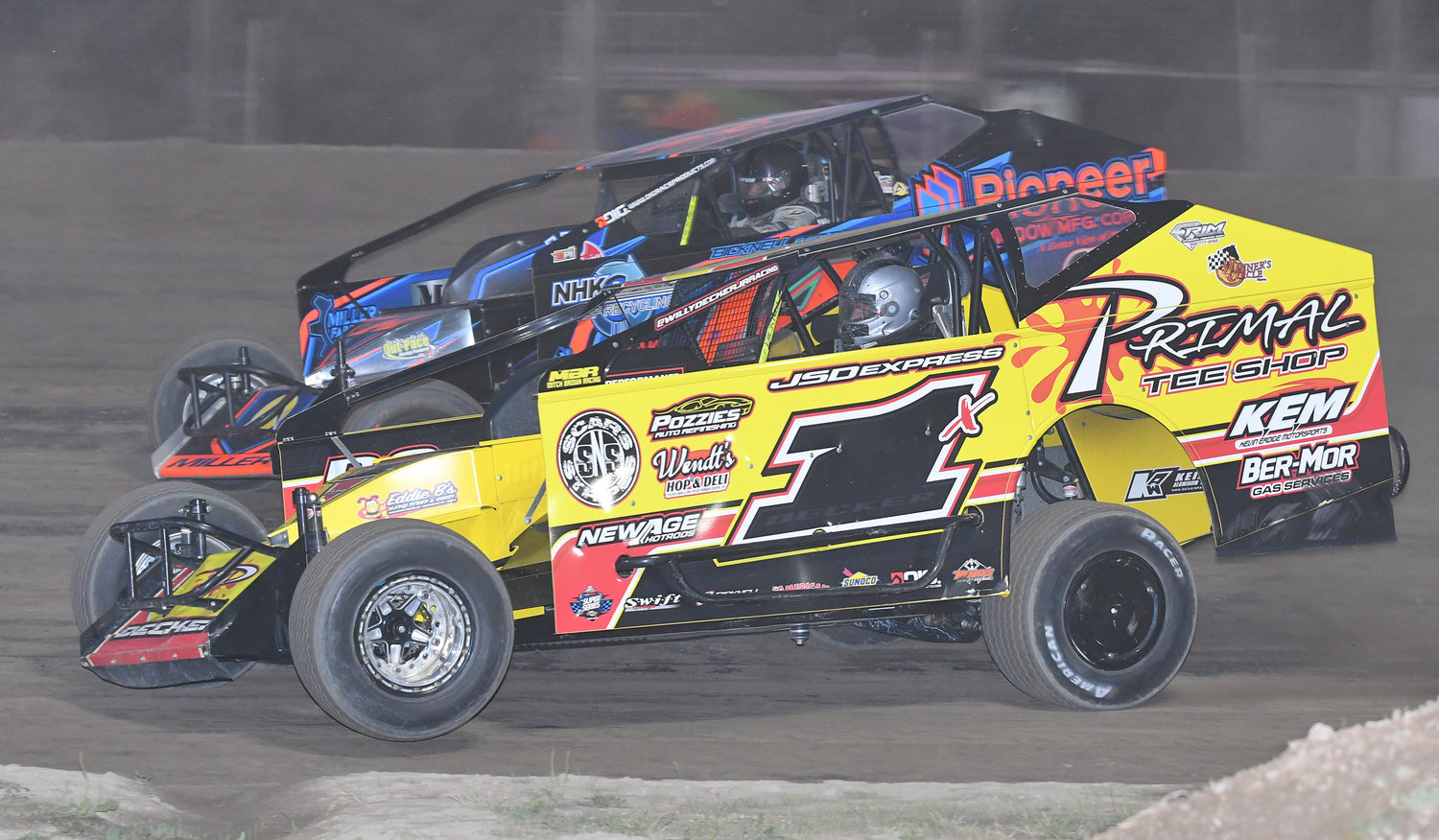 HEAT ACTION — Vernon’s Willy Decker Jr. in the No. 1X races with AJ MIller in the No. 14aj from Fultonville during the heat races last Friday night at Utica-Rome Speedway.
(Sentinel photo by John Clifford)
Previous Next
Posted Monday, August 8, 2022 10:14 pm