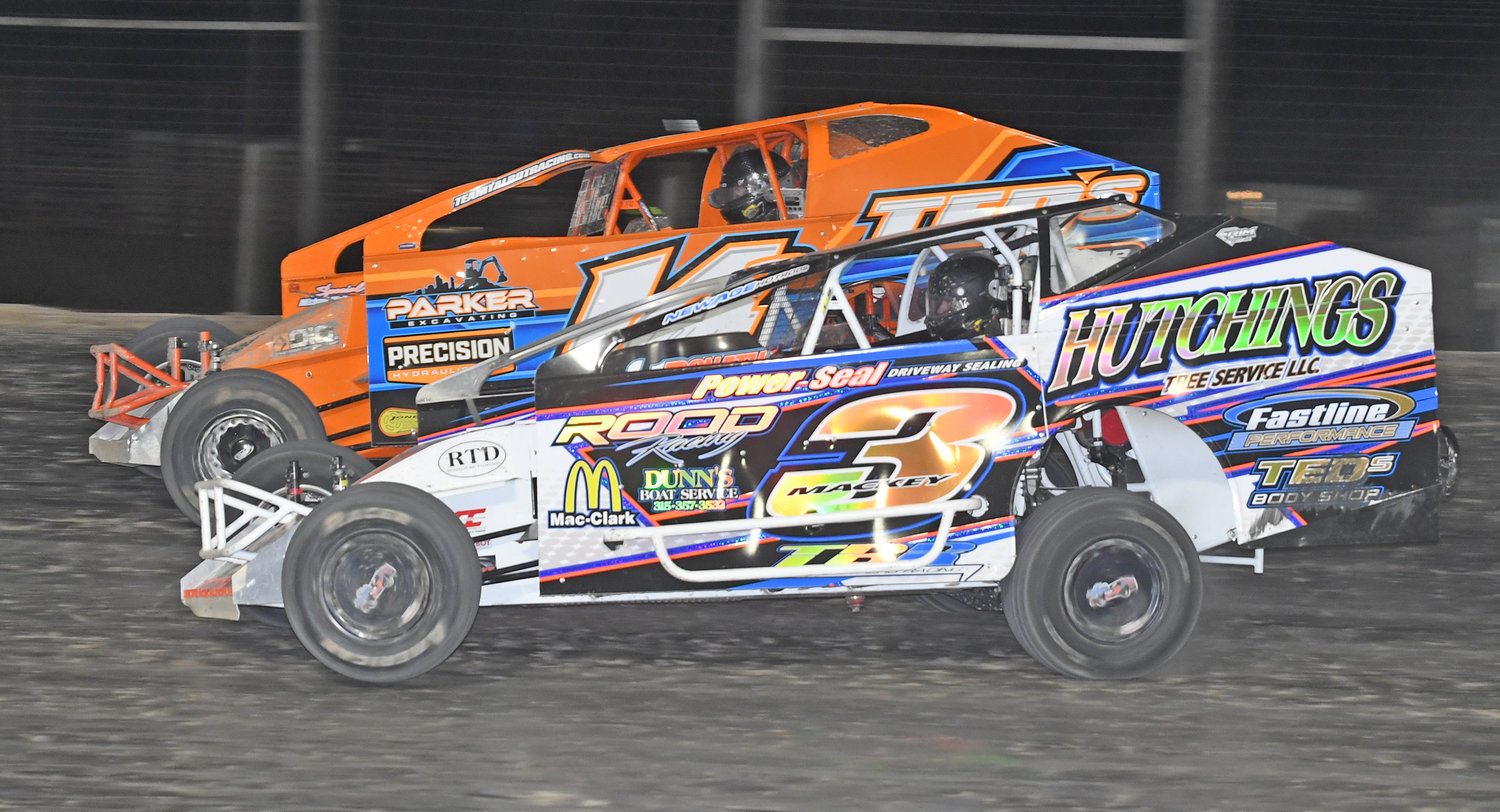 HOTSHOE — Payton Talbot, 14T, of South New Berlin held off a hard-charging Chris Mackey, of Rome, to win his fifth feature of the season and third in a row in the sportsman division at Utica-Rome Speedway last Friday night. Mackey pressured Talbot over the last 10 laps and had to settle for second.
(Sentinel photo by John Clifford)

AND THEY’RE OFF — Pictured is the start of the Patriot Sprint Tour 360 heat race in front of the Utica-Rome Speedway crowd last Friday night. Danny Varin, 01, of Fonda won the feature race.
(Sentinel photo by John Clifford)
Previous Next
Posted Monday, June 20, 2022 11:12 pm