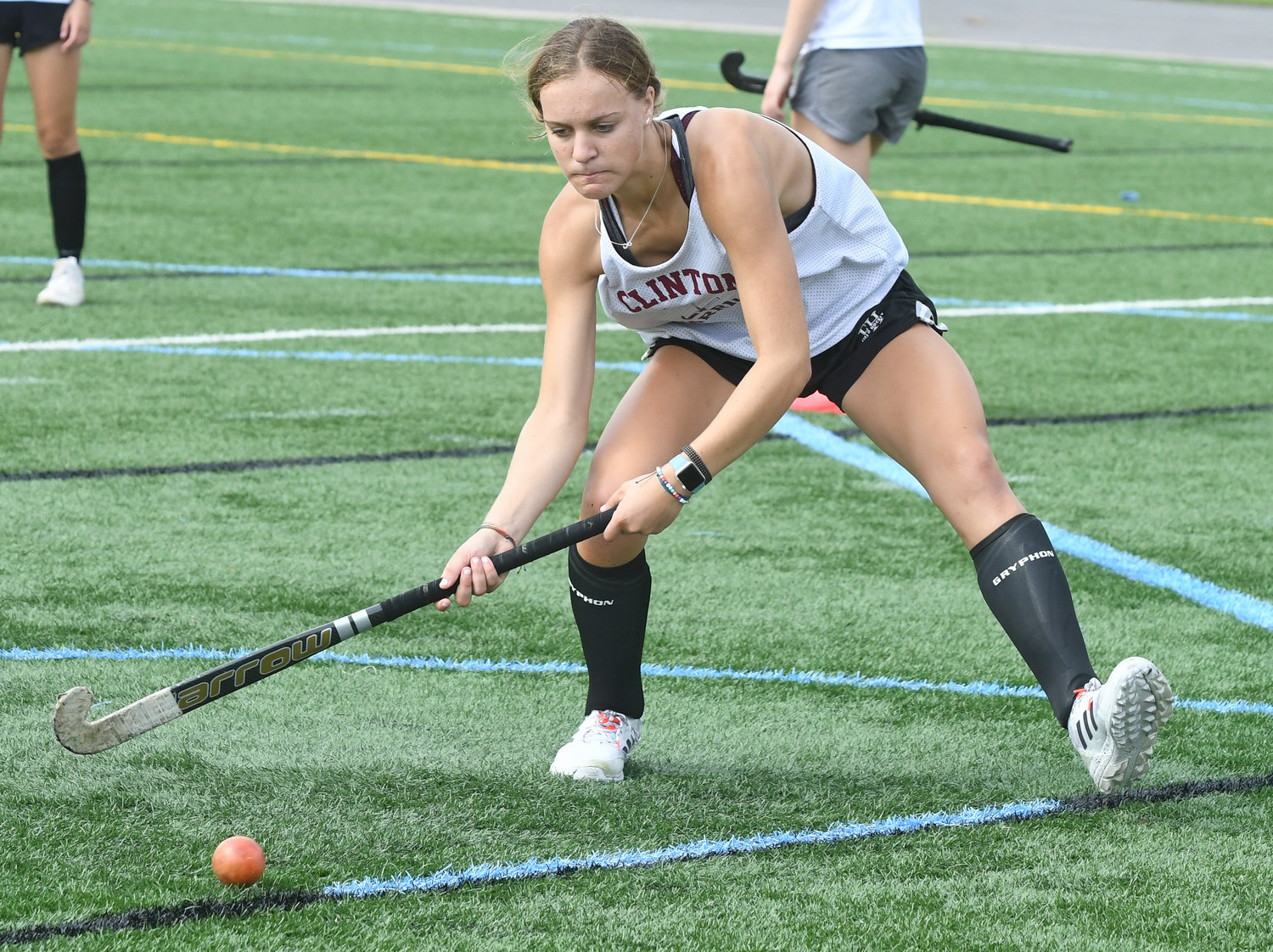 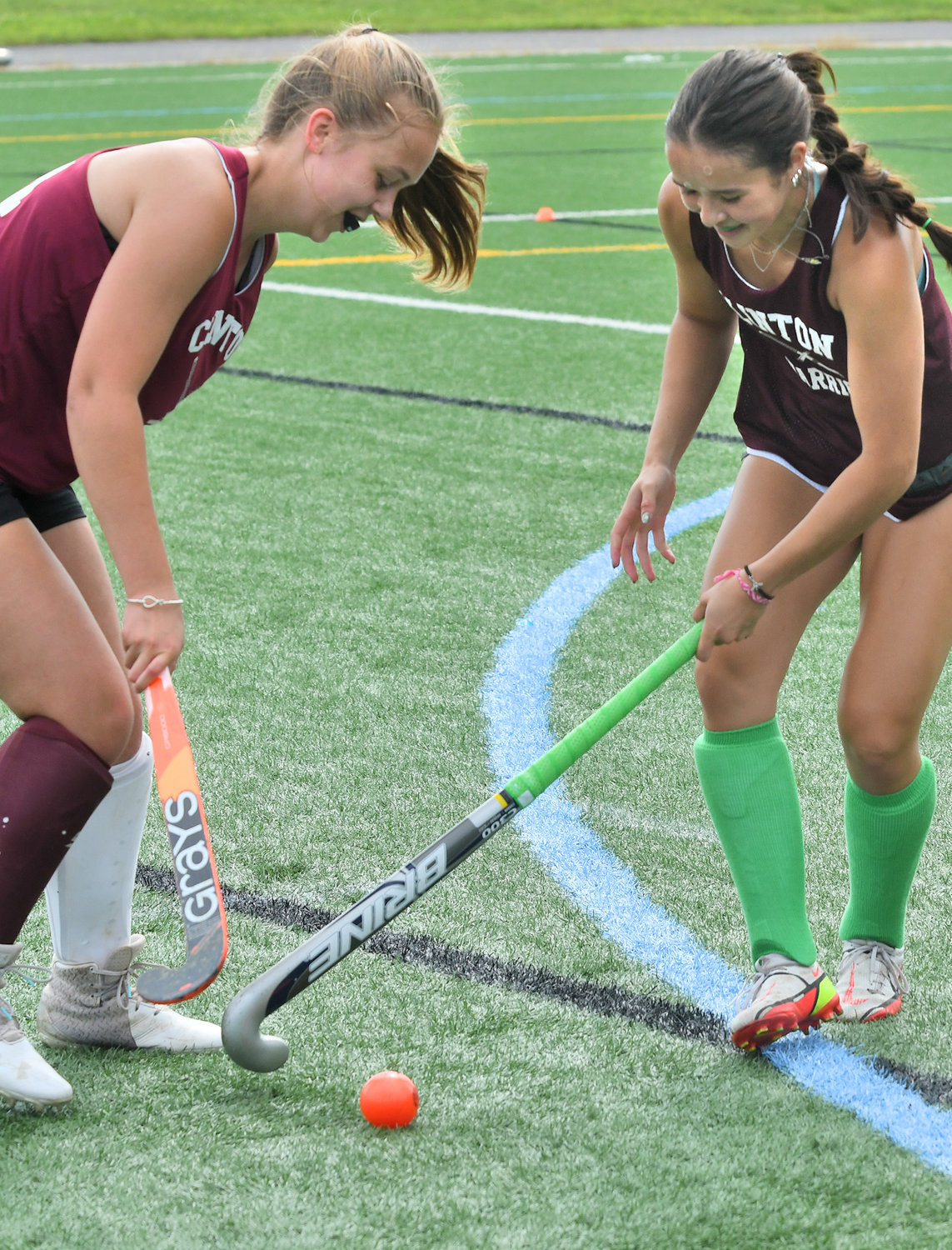 PRESEASON PRACTICE — Clinton field hockey sweeper Angelina Borowiec, left, and defender Sadie Davignon battle for the ball during Thursday morning drills on the Hamilton College turf in Clinton. Both girls are senior captains for the Warriors, who begin their season at 4 p.m. Tuesday at Whitesboro in a non-league contest.
(Sentinel photo by John Clifford) 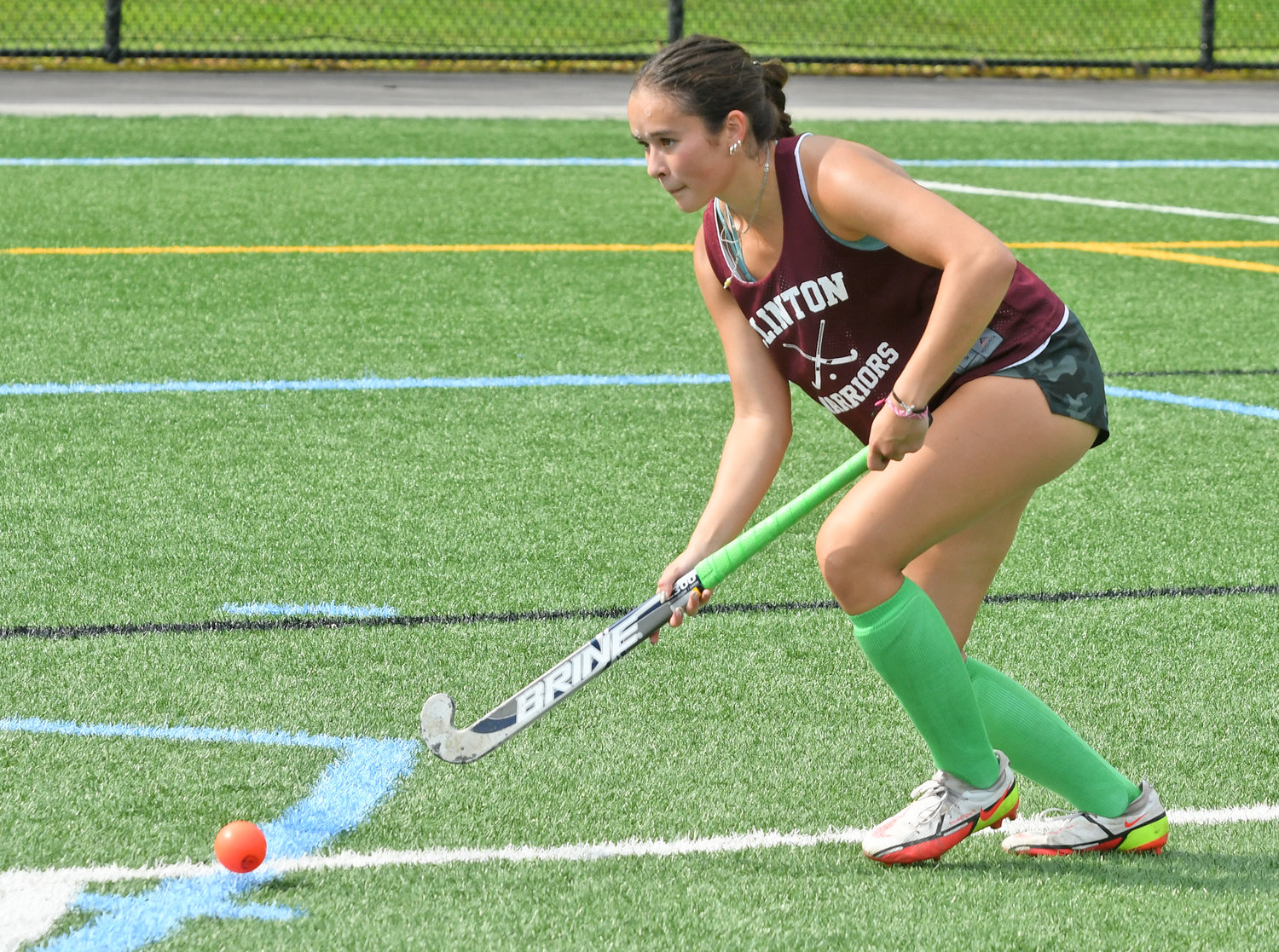