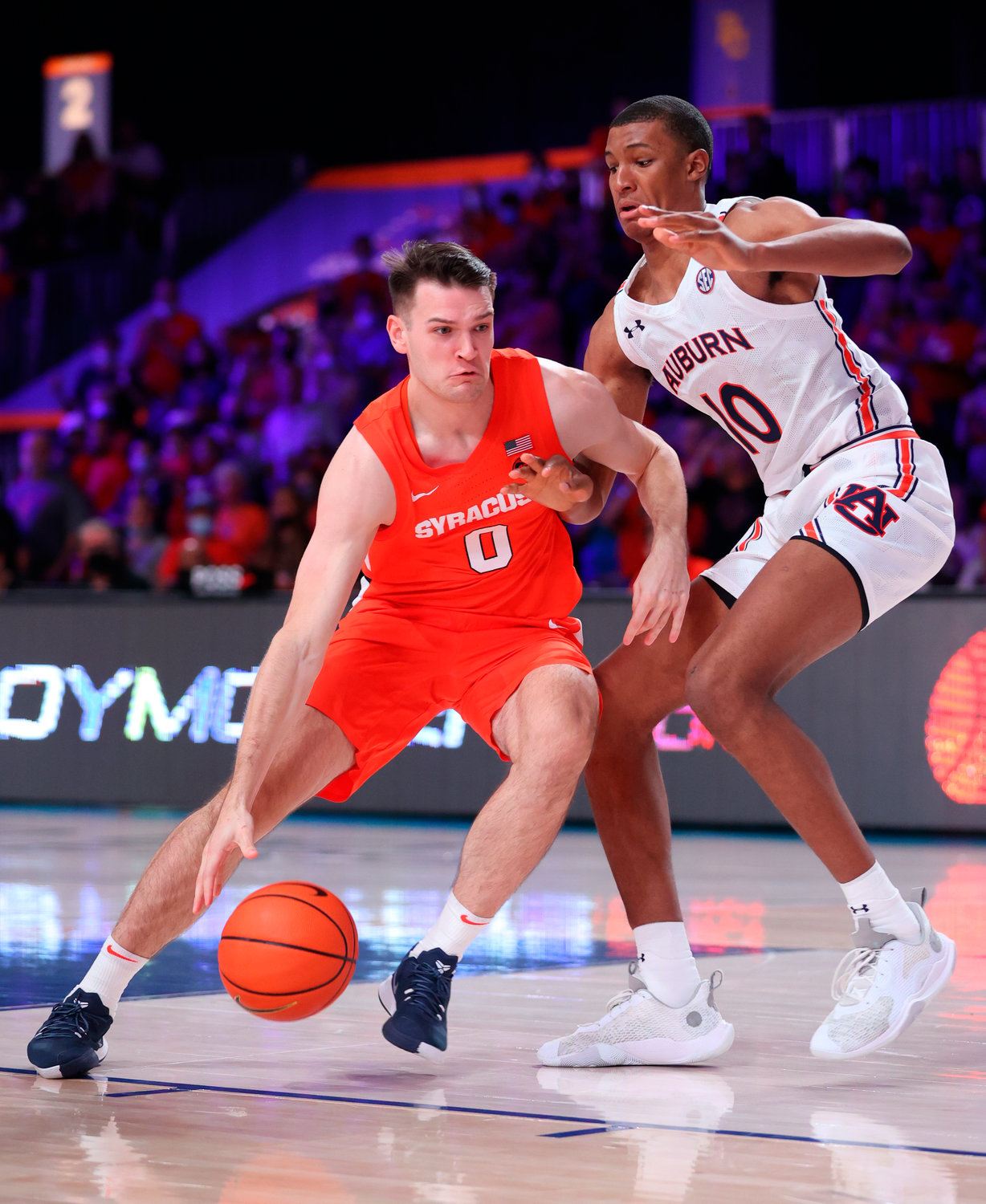 PARADISE ISLAND, Bahamas (AP) — Bruce Pearl learned a lot about his Auburn team during a grueling three-day tournament in The Bahamas.

The 19th-ranked Tigers finished in fifth place at the Battle 4 Atlantis after beating Syracuse 89-68 on Friday.

“We got a lot better,” Pearl said. “You just saw us play half our season so far. So zone against Syracuse, difficult Loyola offense and athletes and physicality of UConn. We saw a lot. Can we build on it now? That’s the question. We got a lot better this week.”

Jabari Smith scored 22 points and K.D. Johnson added 15 points and five steals for the Tigers (5-1). Auburn’s only loss of the tournament came in double overtime to UConn.

“We feel like we should have won three games. We came here to win two and we did that,” Smith said.

“This was a tough tournament. The toughest tournament I played in since I’ve been coaching, top to bottom,” Syracuse coach Jim Boeheim said. “Our team isn’t quite ready for this. I think we can get there, but we’re not ready for it right now.”

Jimmy Boeheim, the younger of Jim Boeheim’s two sons on the team who came into the game averaging 14.2 points, finished with three. His only basket came on a 3-pointer with 13:44 left in the second half.

Smith received a technical foul with just over 4 minutes left for saying something to the Syracuse bench after he hit a 3-pointer — his final points of the game.

“The game was personal for my teammates and stuff,” Smith said. “Just fired up. I made a shot and said something I wasn’t supposed to say, I deserved the tech.”

Pearl said he talked to his star after he got the technical.

“We play 11 guys and our guys were able to rotate and be fresh,” Pearl said. “I thought our bench was terrific.”

The teams had only met one other time with Syracuse edging Auburn 79-78 in the 2003 NCAA Tournament. The Orange went on to win the title that season.

Syracuse: The Orange opened the Battle 4 Atlantis by shooting 29% in Wednesday’s 67-55 loss to VCU, but regrouped to beat Arizona State 92-84 on Thursday.

Auburn: The Tigers opened their stay in The Bahamas with a wild 115-109 double-overtime loss to No. 22 UConn on Wednesday. They beat Loyola Chicago 62-53 on Thursday.

Syracuse: The Orange host Indiana on Tuesday in the ACC/Big Ten Challenge.

Buddy Boeheim scored 17 of his 23 points before halftime to help Syracuse build a huge lead and beat Arizona State 92-84 in Thursday’s consolation round at the Battle 4 Atlantis.

Marreon Jackson scored 17 points to lead six players in double figures for the Sun Devils, who made 11 of 23 3-pointers after halftime and 15 of 39 for the game. Jackson, D.J. Horne and Luther Muhammad each hit three 3s after halftime.

Arizona State got as close as seven three times in the final 3 minutes, though Edwards and Cole Swider each had three-point plays to answer and hold off the Sun Devils.

Swider finished with 19 points and went 4 of 5 from 3-point range.

Arizona State’s DJ Horne (14 points) finished with four 3s, pushing him to 10 in the tournament going back to Wednesday’s 75-63 loss to No. 6 Baylor.

This was Arizona State’s highest scoring output of the season.