Smith Post of Rome piled up 19 hits in a 21-5 win against Oriskany Post in District V American Legion baseball Thursday. Damon Campanaro had Smith’s lone three-hit day with three runs scored and an … 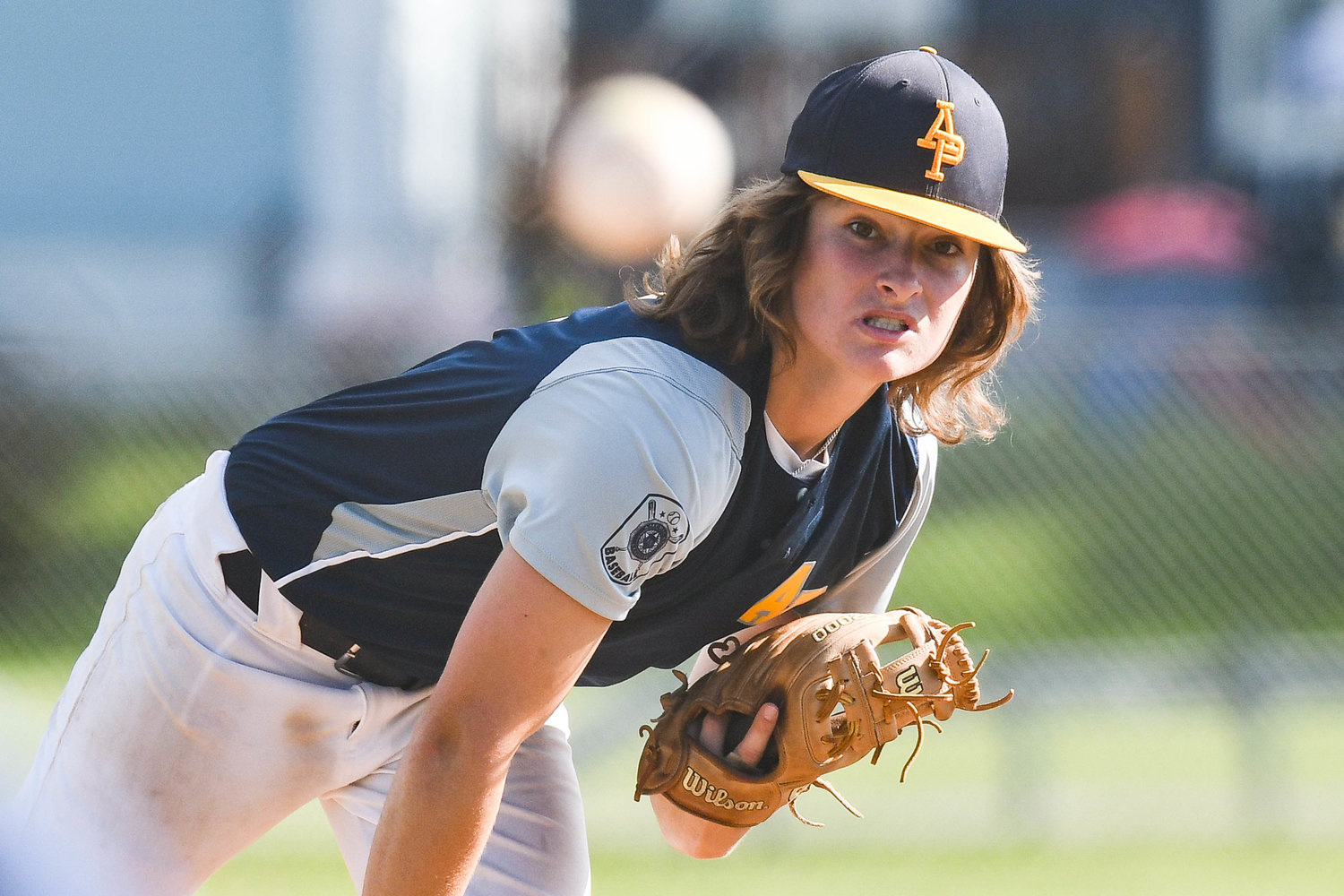 Adrean Post starting pitcher Isaiah Zuchowski, of Poland, delivers to home plate in the first game of a doubleheader against Ilion Post on Thursday. Zuchowski was the winning pitcher, going 6 1/3 innings in the team’s 9-6 comeback win.
(Sentinel photo by Alex Cooper) 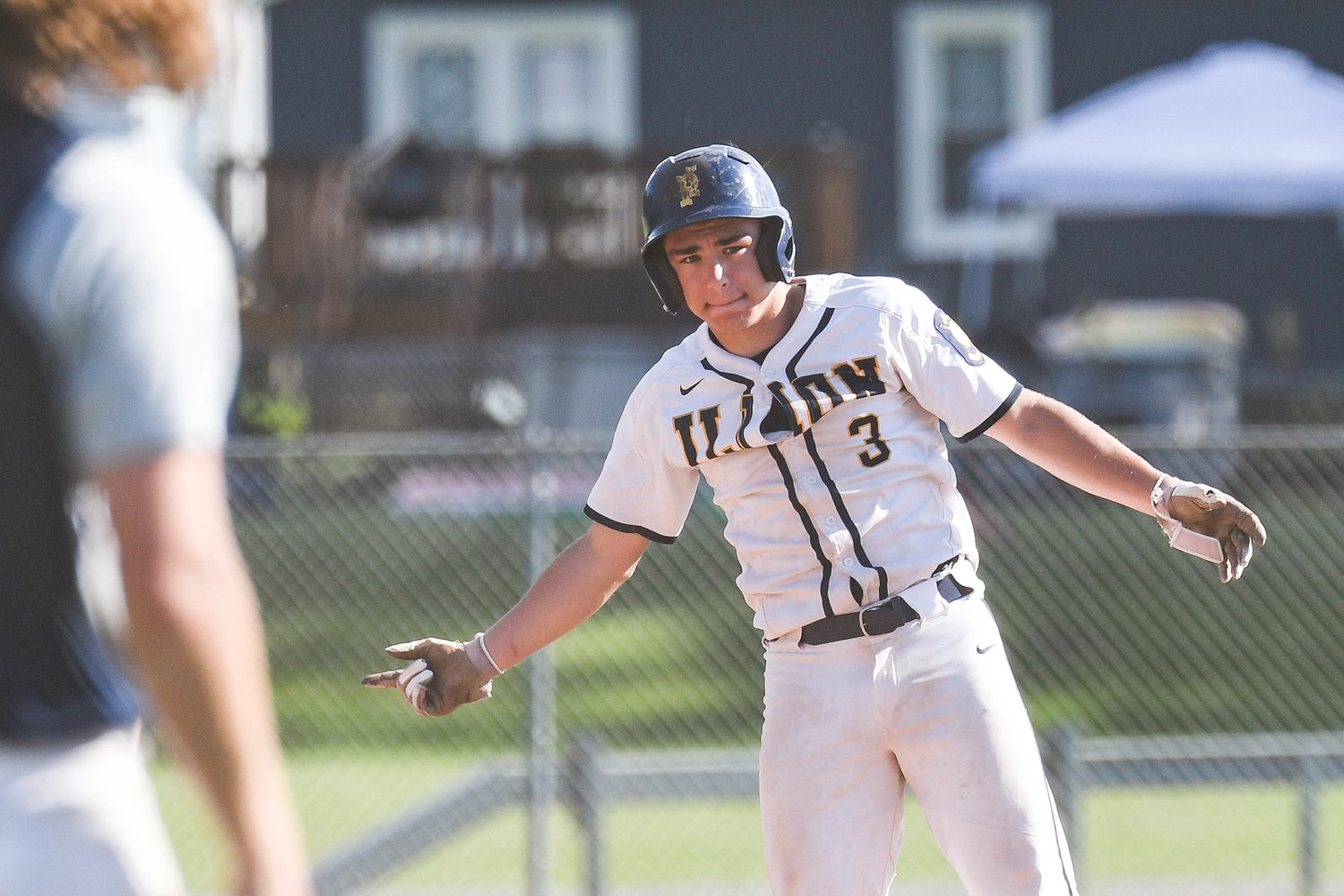 Ilion Post player Nicholas Greene gestures from second base after hitting a double during the first game against Adrean Post on Thursday. The teams split the doubleheader. Greene had two doubles, two runs and an RBI on the day.
(Sentinel photo by Alex Cooper) 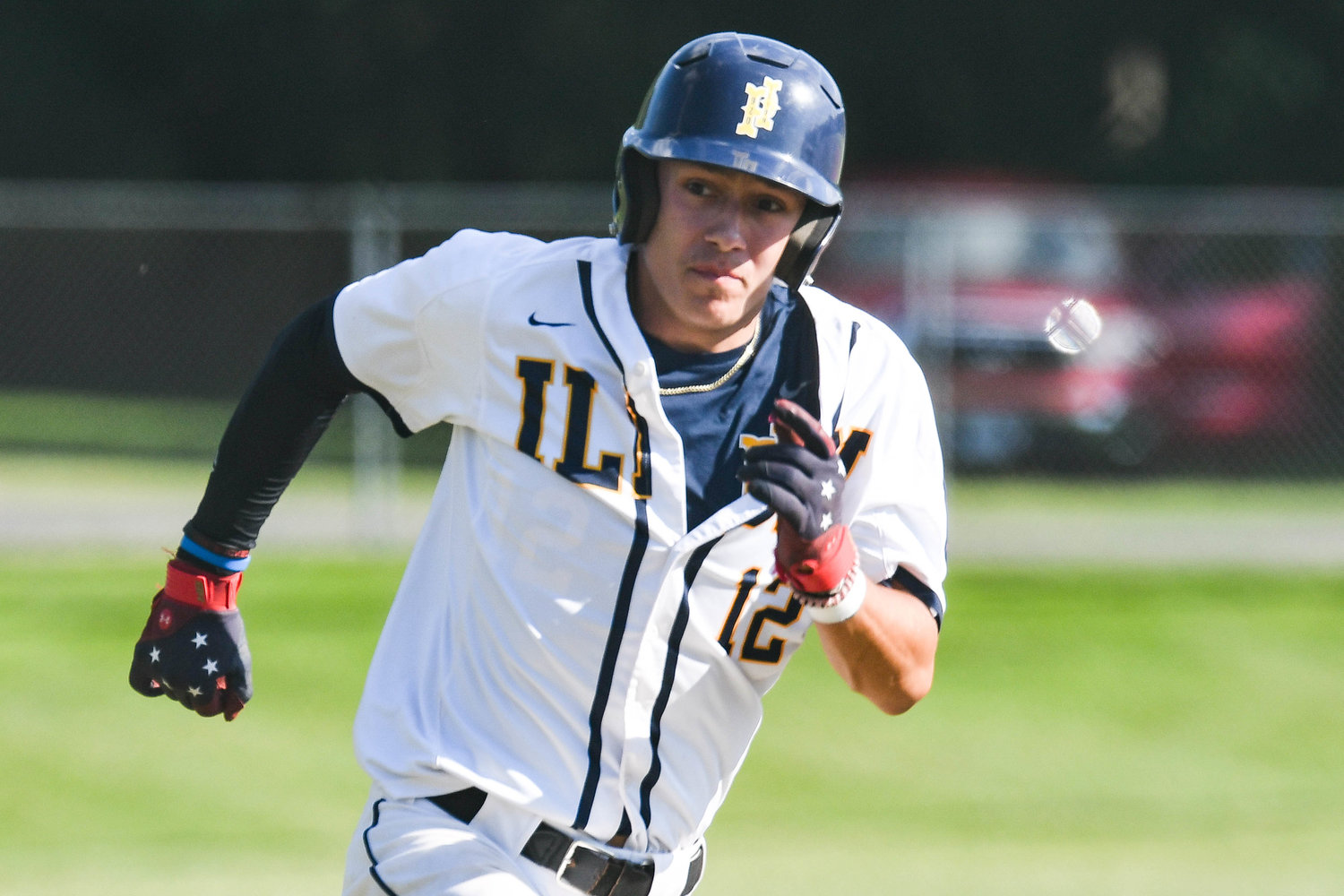 Ilion Post baserunner Noah Carpenter races home to score from second base during the first game against Adrean Post on Thursday. The teams split the doubleheader and Carpenter had a hit and a run scored.
(Sentinel photo by Alex Cooper)
Previous Next
Posted Friday, July 8, 2022 9:10 pm

Smith Post of Rome piled up 19 hits in a 21-5 win against Oriskany Post in District V American Legion baseball Thursday.

Damon Campanaro had Smith’s lone three-hit day with three runs scored and an RBI. Kyle Williamson had a single and triple, drove in two and scored three times. Marco Macri had a single and double, with two runs. Jack Lawless singled and doubled, scord and drove in one. PJ Summa was 2-for-2 with two runs and an RBI. Mike Flint had two hits, three RBIs and a run scored. Dillan Melchiore doubled, scored twice and had three RBIs.

Macri got the win. Pitching statistics were not provided.

Oriskany’s statistics were also not provided.

Adrean Post staged a furious seventh inning comeback to take the first game of a doubleheader against Ilion Post Thursday, scoring five times for a 9-6 win. Adrean trailed 6-4 headed into the top of the seventh. But Ilion would take Game Two 14-10, erasing Adreans’ 8-1 lead after three innings.

Isaiah Zuchowski went 6 1/3 innings to earn the win for Adrean. He allowed six earned runs on 10 hits and a walk. He struck out six.

For Ilion, Nick Greene doubled twice, scored once and drove in one. Tanner Warren singled, doubled and tripled, and drove in two. Alan Meszler had two hits including a double, with two runs scored.

Warren started and exited with a no decision. He allowed four earned runs in six innings on seven hits. He struck out three. Greene suffered the loss in relief, allowing five runs, four of them earned, in an inning on four hits and two walks. He struck out t hree.

Matthew Prestopnik earned the win in 5 1/3 innings. He allowed six runs, four of them earned, on five hits and six walks. He struck out five.

Louie Rodriguez had two hits for Adrean, with a run and an RBI. Marquese Reeves tripled, scored twice and drove in three runs.