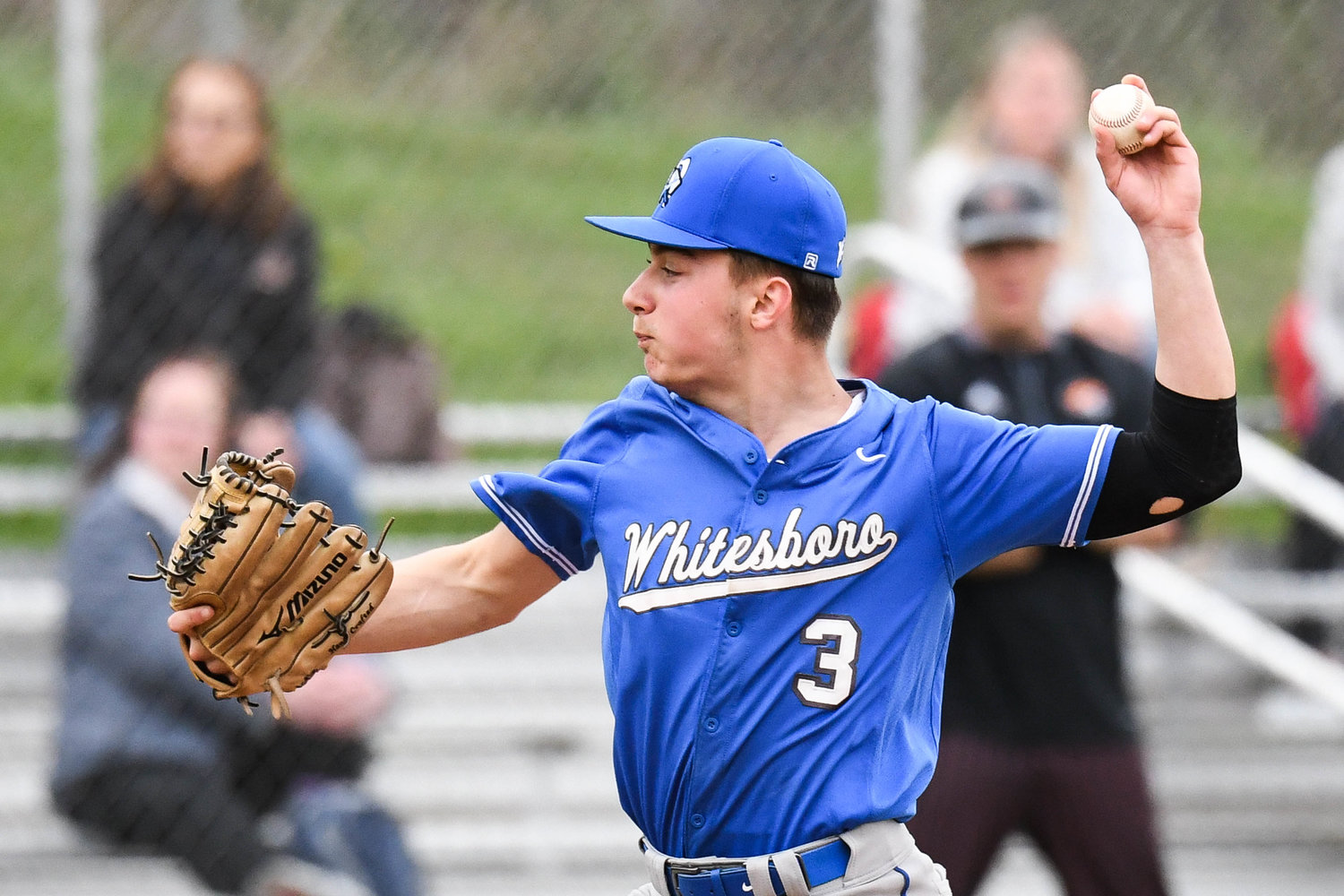 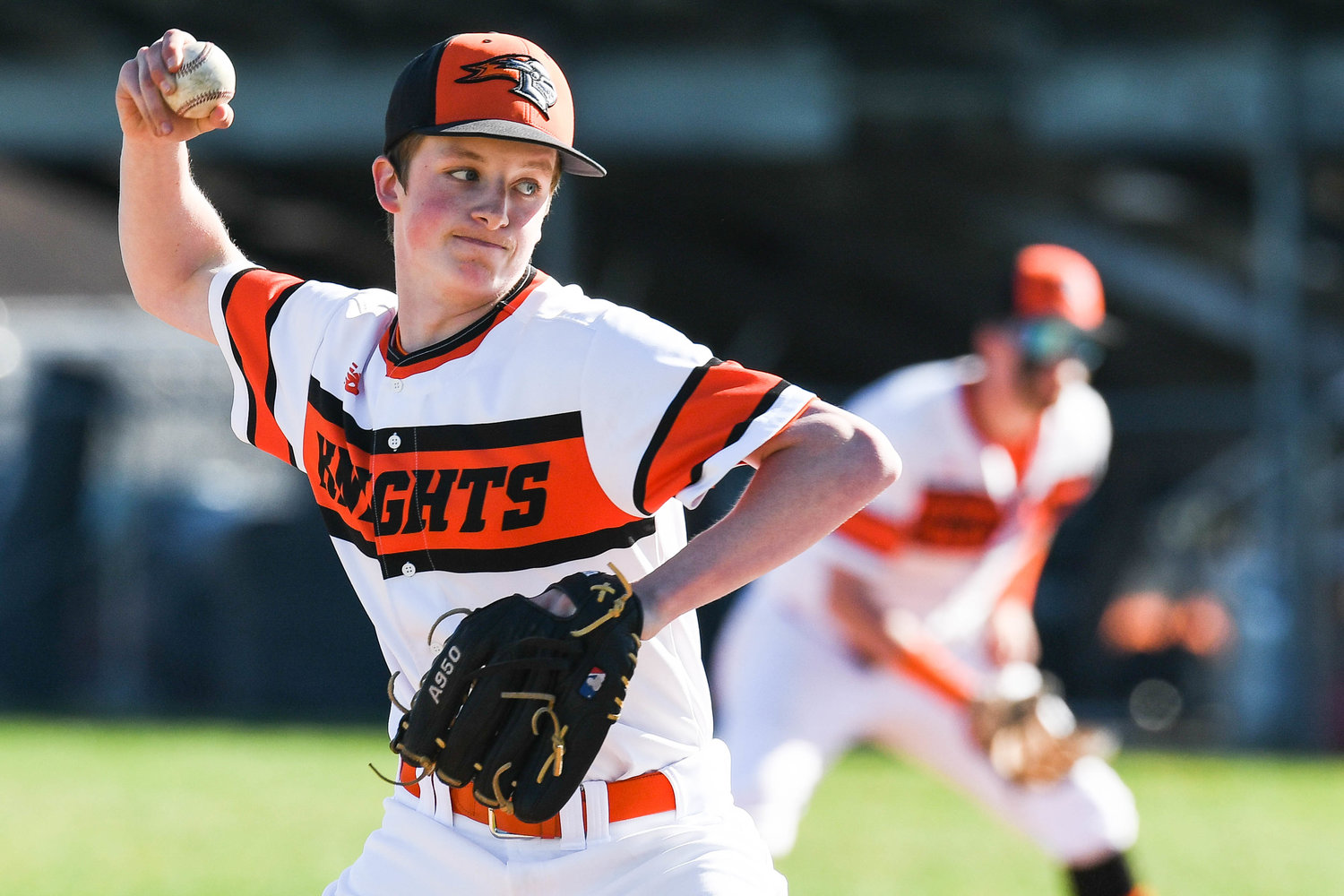 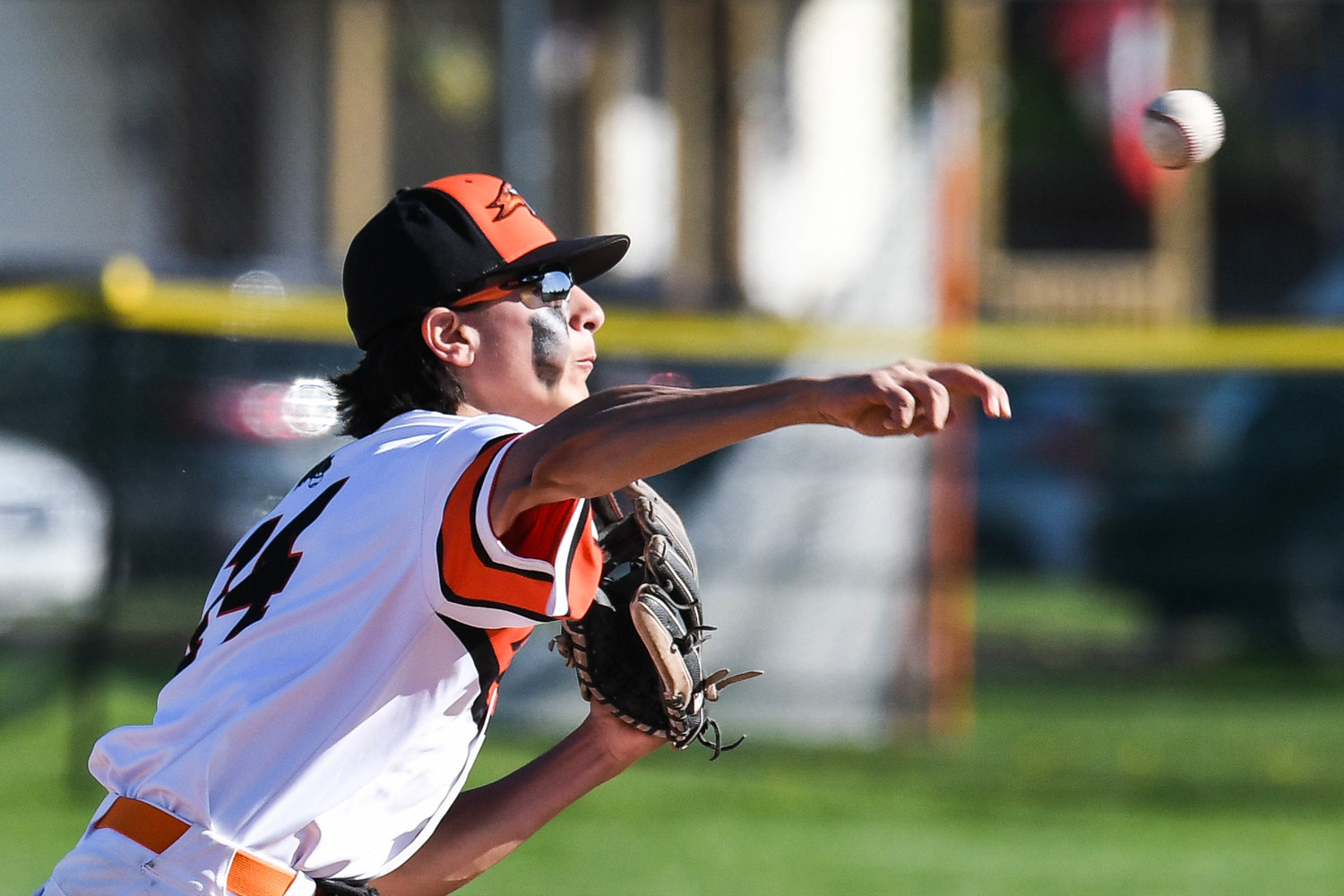 Rome Free Academy shortstop Dominick Tallarino fires across the diamond to first base at home against West Genesee on Monday. The Black Knights lost 8-3.
(Sentinel photo by Alex Cooper) 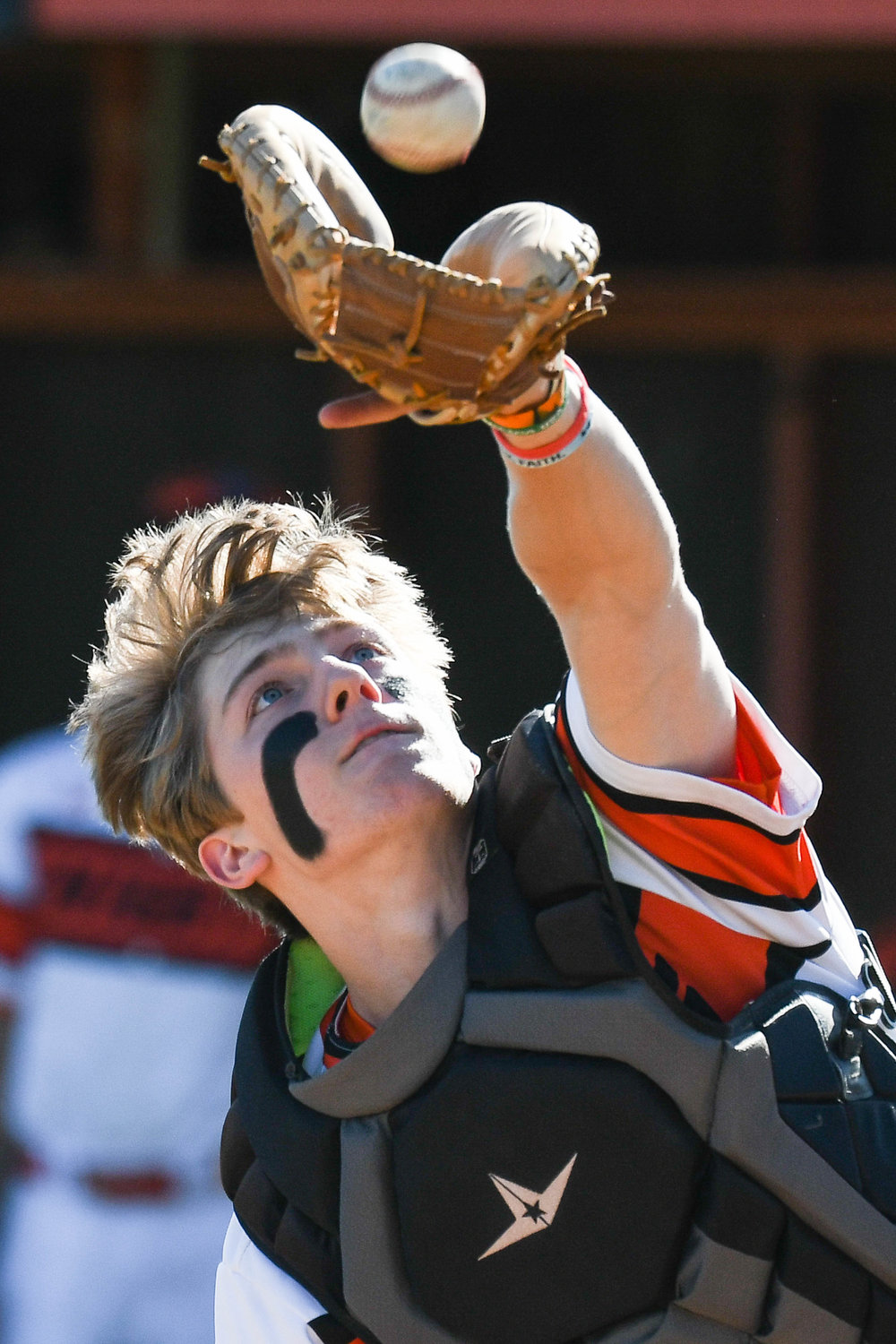 Rome Free Academy catcher Jacob Premo attempts to make a catch in foul territory during the game against West Genesee on Monday.
(Sentinel photo by Alex Cooper)
Previous Next
Posted Tuesday, May 10, 2022 8:32 pm

The Whitesboro pitching staff got its third no-hitter of the season Monday when Colin Skermont held Camden hitless in a 6-0 road win in the Tri-Valley League.

It was Skermont’s second no-hitter of the season. He walked six and struck out a dozen. He improved his record to 4-0 on the season.

Tyler Skinner took the loss on the mound for Camden.

Whitesboro is 10-0 and 6-0 in the league. The Warriors visited Vernon-Verona-Sherrill Tuesday in the league. Results were not available at press time.

Camden, 8-6 and 5-2 in the league, visited New Hartford in the league Tuesday. Results were not available at press time.

Holland Patent continued its Center State Conference success with a pair of wins against Clinton Monday. The Golden Knights won 8-4 then 8-3.

In the first game, the Golden Knights scored four first inning runs then added two in the second and two more in the third.

Cameron Maline took the loss for Clinton. At the plate he was 2-for-2.

Game details were unavailable for the second contest.

Clinton visits Adirondack in the league at 7 p.m. Wednesday.

Hunter Kierpiec tossed a complete game victory for the Westmoreland baseball team, as the Bulldogs won 12-2 on the road in the Center State to remain unbeaten.

Westmoreland used a six-run second inning to put some distance between them and the Magicians.

Kierpiec (5-0) allowed five hits and three walks. He gave up two unearned runs and struck out 10.

Westmoreland is now 11-0 and 7-0 in the league. The Bulldogs are at Waterville in the league at 5 p.m. Wednesday.

On the mound, Colin White went six innings to earn the win. He allowed two earned runs on seven hits and three walks. He struck out six. Brett Sanford threw a scoreless inning as well.

The Rome Free Academy offense was held to three hits as West Genesee won 8-3 on the road Monday in non-league play.

RFA scored a run in the first but West Genny grabbed the lead with three in the next half inning. The visitors added two in the fourth and three in the fifth to keep the Black Knights out of reach.

On the mound, Wyatt Braun went six innings for the win. He allowed three runs, one of them earned, on three hits and four walks. He struck out six.

Oriskany’s Wright contributes on the mound and at the plate

Oriskany’s Eddie Wright helped the team to a 7-4 win at home against Morrisville-Eaton Monday with his performance on the mound and at the plate.

Morrisville scored two runs in the top of the first but Oriskany responded with three in the bottom half.

The hosts added a run in the third and two more in the fourth to grow the lead to four.

On offense, Wright had two doubles, scored twice and drove in a run. Nick Hays had a hit and two RBIs.

For Morrisville, Lincoln Dapson had two hits and drove in a run.

Oriskany was at non-league opponent South Lewis Tuesday. Results were not available at press time.

The Utica Proctor baseball team scored eight runs in the fourth inning but had to hold off a comeback effort by visiting Fayetteville-Manlius for an 11-9 non-league win Monday.

Baez also got the win, going four innings and allowing four runs, two of them earned. He surrendered five hits and walked five with three strikeouts.

Proctor visited Oneida in the TVL Tuesday. Results were not available at press time.