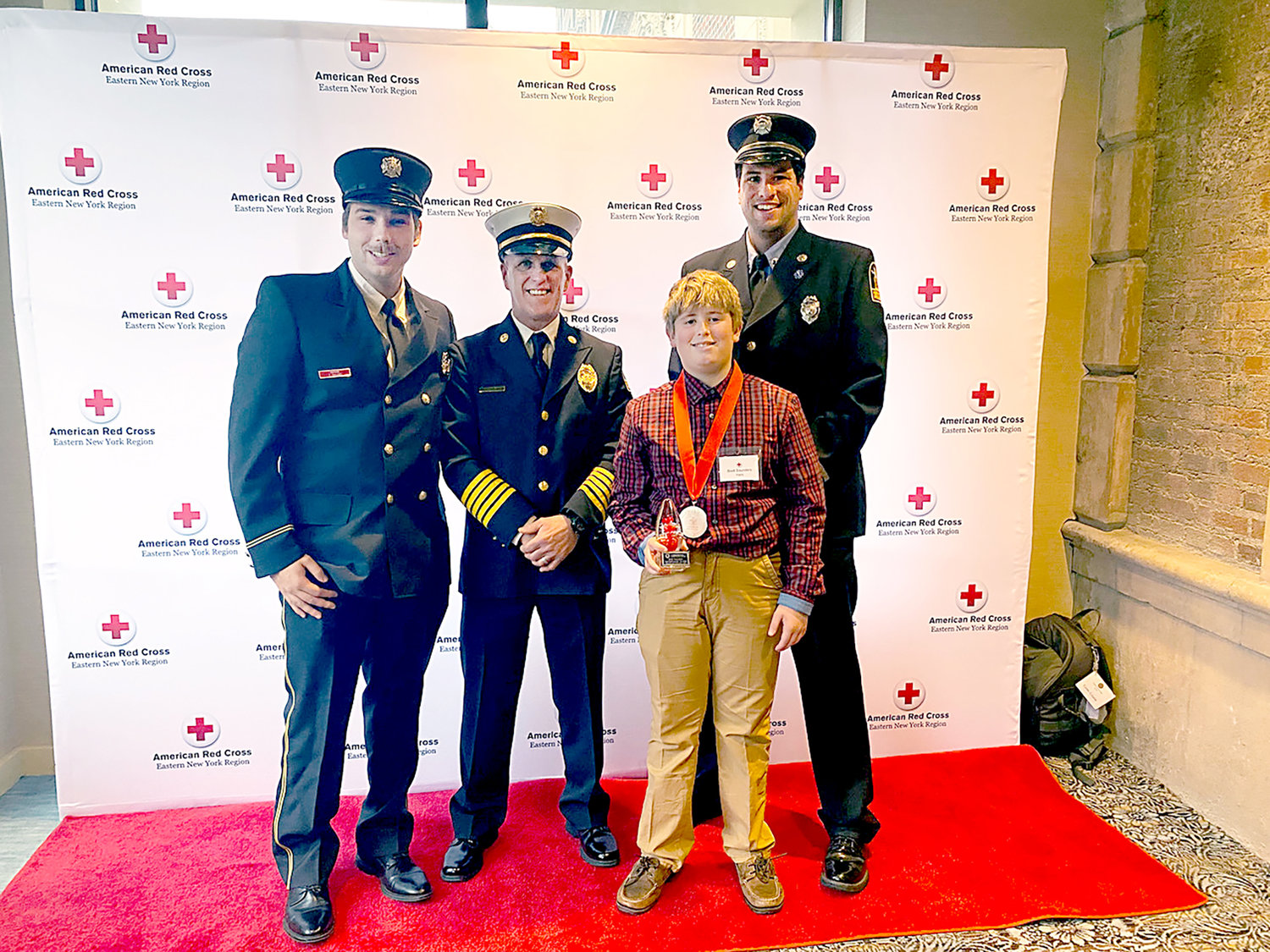 Saunders, 11, was receiving a Youth Good Samaritan Award for his efforts to provide smoke alarms to students and their families. He and the other award recipients were following behind a bagpiper as they made their way to the front of a large crowd at the Marriott in downtown Syracuse.

His mind, however, was still thinking of the friend he lost in a fire that set him on this path, and that friend’s brothers, too.

“This is for you,” he thought.

The Central and Northern New York Chapter of the American Red Cross puts on the annual Real Heroes Celebration “to pay tribute to individuals and community organizations who have demonstrated acts of heroism, courage, kindness and unselfish character.”

Saunders was recognized for helping with the donation of almost 1,500 smoke alarms to local elementary students. The Herkimer Fire Department has also launched the Brett Saunders Fire Safety Program.

After a 2019 house fire in the community claimed the life of his friend and two of that friend’s brothers, Saunders wanted to find a way to make a difference. For his birthday party, he asked his friends to take donations to the Herkimer Fire Department instead of giving him presents.

“I figured I would take a tragedy and turn it into something good,” he said.

The Herkimer Fire Department also put on an assembly at Herkimer Elementary School and named it the Brett Saunders Fire Safety Program. Saunders was surprised and happy to have the program named after him.

“It’s really cool because I know it will go on for a long time,” he said.

The Brett Saunders Fire Safety Program has continued at the Herkimer Elementary School each year and smoke alarms are still given out every year as well.

In 2020, the Herkimer Fire Department used leftover smoke alarms and a generous donation from Saunders’ aunt, Amy Spytko, of Mohawk, to give out 700 more smoke alarms. These were given out to a combination of Herkimer Elementary School kindergarteners and the whole Benton Hall Academy in Little Falls.

“I’m a proud mother,” she said. “You teach your children to do good things in the world, and he’s certainly changing the world. A simple act of kindness has gone a long way. It really has. It has blown us all away.”

Anyone who would like to donate to Saunders and the fire department’s fire safety efforts can contact Amanda Saunders at asaunders@herkimercsd.org or Herkimer Fire Chief Michael Moody at 315-866-2242.