No one was injured when a fire broke out at a duplex on Sauquoit Street in New York Mills. 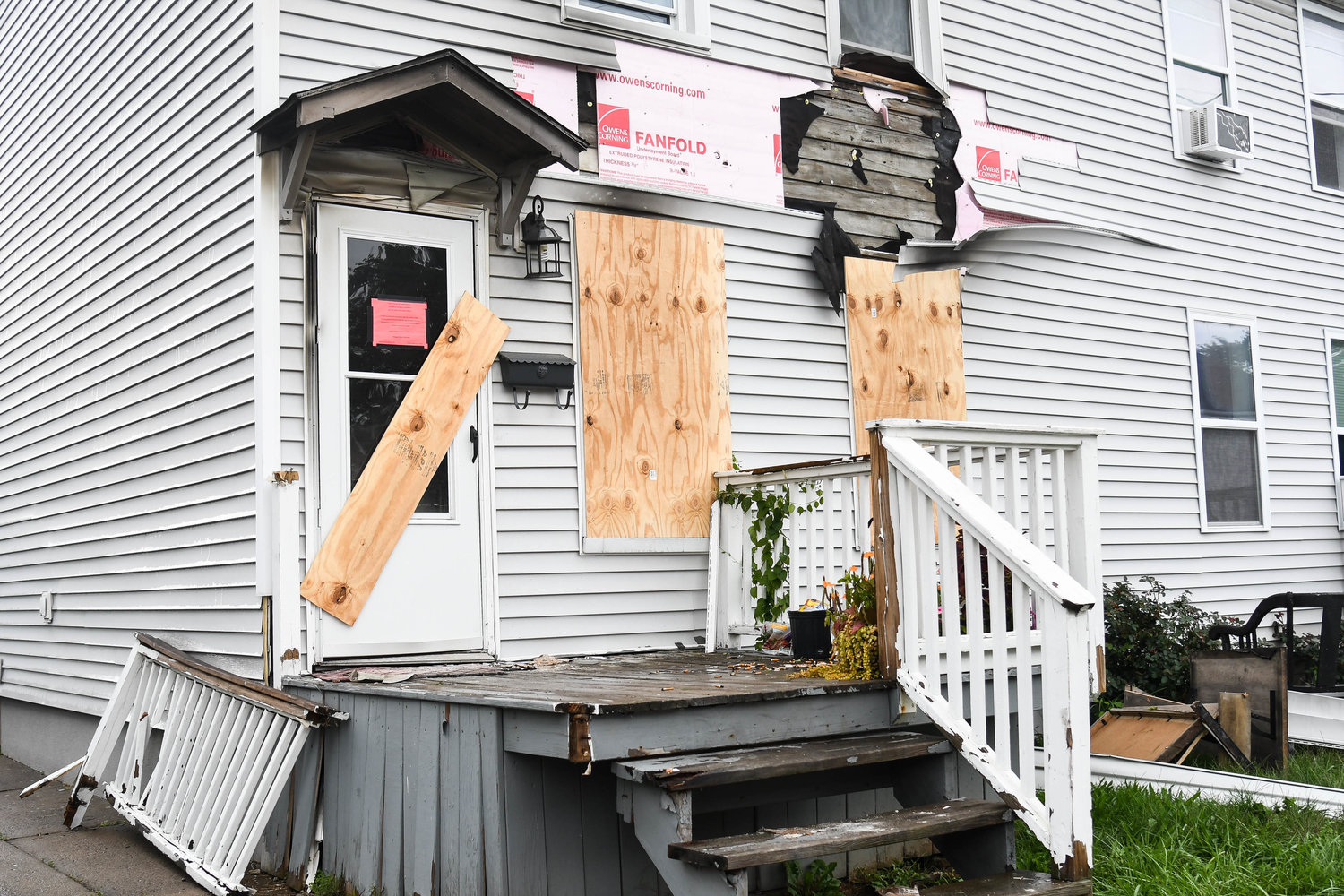 A fire broke out at a duplex on Sauquoit Street in New York Mills Monday afternoon, according to the New York Mills Fire Department.
(Sentinel photo by Alex Cooper)
Posted Tuesday, September 13, 2022 11:10 am
Sean I. Mills
Staff writer
email / twitter

NEW YORK MILLS — No one was injured when a fire broke out at a duplex on Sauquoit Street in New York Mills Monday afternoon, according to the New York Mills Fire Department.

The fire is believed to have started sometime during the day on the left side apartment at 6 Sauquoit St., while the sole adult resident was not at home, said Fire Chief Rick Ulinski. The family on the right side apartment was home, and shortly after 3 p.m., "their smoke detectors were going off," the chief stated.

The family of two adults and four children fled the residence and called 911 at 3:12 p.m., the chief said. Responding firefighters found light smoke pouring from the residence at first.

"When we opened up the front door, the fire just opened up on us," Ulinski stated.

"It was burning for a while, and it was just waiting for the oxygen before it really took off."

The chief said volunteers from five departments launched an interior attack on the home and had the flames knocked down in about half an hour. He said no firefighters were hurt.

Sauquoit Street runs parallel to Main Street in the village, between Walcott and Church streets.

"There is a lot of fire damage on the first floor, and a lot of smoke damage throughout," the chief stated.

"We were able to stop it before it got too far."

Fire damage was contained to the apartment on the left side, Ulinski said, with smoke damage to both apartments. The building is uninhabitable for now. He said the property owner has insurance.

Crews remained on the scene for several more hours dousing hot spots and cleaning up.

The chief said the cause of the fire remains under investigation.

"It's not suspicious," he stated. "We believe it to be accidental."