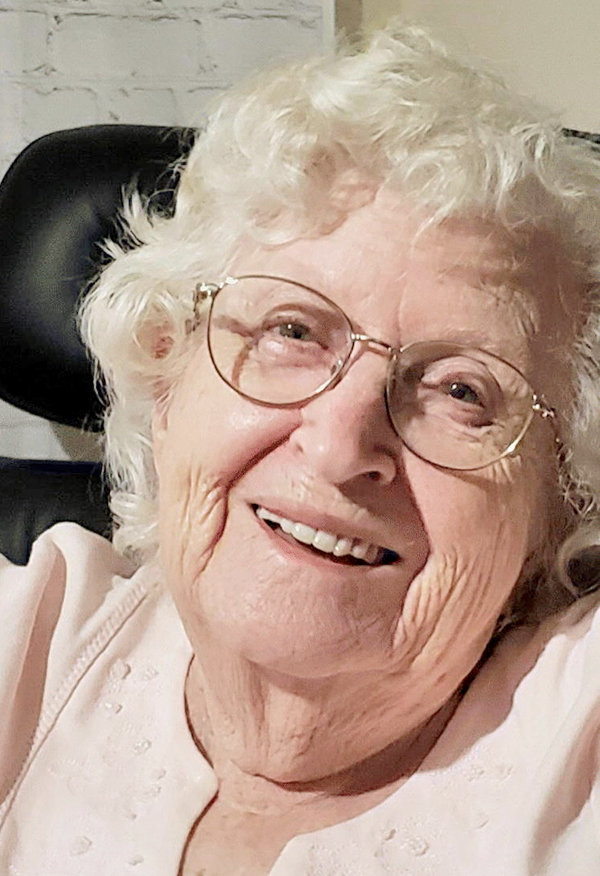 Shirley M. (Allender) Saunders, age 95, died peacefully, Friday, June 10, 2022, in her daughter, Karen Adorno’s home in Wappingers Falls, NY. She was born May 6, 1927, in Davenport, IA, the daughter of Fred and Hilda Allender. She was the wife of William M. Saunders. They married in Davenport, IA in 1948 and moved to Rome, NY, where they lived until 1971, when they moved to Nashua, NH.

Shirley was an avid reader and loved mystery books. She enjoyed crafts such as sewing, knitting, crocheting, and dolls. She loved music of any kind but enjoyed country music the most. She especially loved spending time with her family and friends. She also loved cruising which she discovered later in life, and she considered herself blessed to have gone on several cruises with her family. Her favorite television show was the “Heartland,” series. She never grew tired of watching it. She retained many of her youthful activities and independence until recently.  She continued using her laptop and driving herself up until the last few years. Shirley belonged to the Senior Center for many years and valued the relationships she created there.

She was never without a dog or a cat in her life. Her last dog was a Papillon named Scooter whom she loved dearly and had been an integral part of her life for many years.  She was always attentive to people as they shared stories with her. She was great at holding an interesting conversation and had a knack for making people feel special. She will be greatly missed.

A visitation will be held Saturday, June 25, 2022, from 1-2 p.m. at the Davis Funeral Home, 1 Lock St., Nashua, NH. A procession and graveside service will immediately follow at Edgewood Cemetery, 107 Amherst St, Nashua, NH, for 2 p.m. Friends and family are invited to attend. Those who wish to make a memorial donation in Shirley’s name, may do so to the charity of one’s choice. An online guestbook is available at www.davisfuneralhomenh.com (603)883-3401

“One memory light another.”