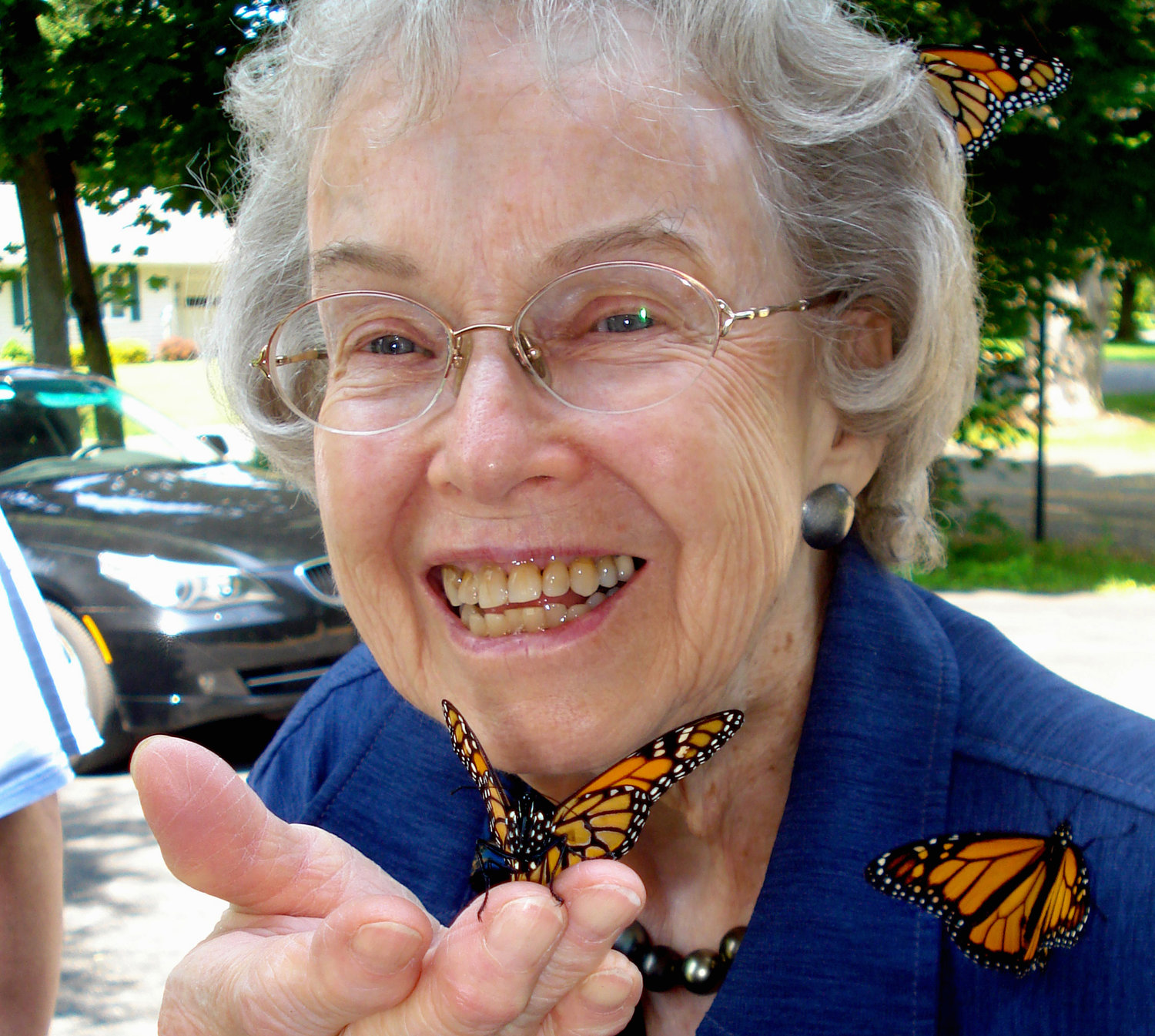 She was born in Syracuse, October 18, 1921, the daughter of the late Bradley Cutting Barnard and the late Margaret Alberta (Kessinger). She was predeceased by her husband of 74 years, George Bausch Waters, son of the late Louis Addison Waters and the late Mildred Elaine (Bausch).

She was an artist, a newspaperwoman, and a dedicated member of the Rome and Central New York community. A gifted facilitator, she frequently turned those with doubts into allies for the betterment of the broader community. Her warmth and appeal were widely appreciated. She was well-respected for her wisdom and perspective.

Shirley was vice president of the Rome Sentinel Company and, until 2012, the majority owner where she actively participated in newspaper management. She continued to serve as a director until her passing.

A painter who exhibited her work in many shows in the surrounding area, her works are in numerous collections. She worked in many media—pencil, pastel, watercolor, oil, and paper making—often giving her work away or selling it for the cost of the frame. Her gallery association was with Pioneer Gallery in Cooperstown.

Shirley spent her early years with her family in Syracuse where she attended Nottingham High School. Her family moved to Rome in 1934 where she then attended Rome Free Academy. She attended Syracuse University where she received a Bachelor of Fine Arts in Painting degree in 1943 and was awarded the Hiram Gee Fellowship for graduate studies. A member of Alpha Phi, she enjoyed playing the Crouse College chimes. She later took classes at Munson-Williams-Proctor School of Art and regularly attended her “Tuesday Evening Art Group” at Rome Art Center for many years with a close-knit group of fellow artists.

While she knew George, her future husband, from an early age, they became engaged when both were finishing their studies at Syracuse during the war years. They were married Sept. 23, 1943, when he was home on leave from basic training in Fort Benning, GA. They lived near Fort Benning, where they had their first child, Peter. She returned to Rome while George was serving in Europe with the Army’s 42nd Division. After the war, she sailed for Germany with their son to join her husband in Linz and Salzburg, Austria, during the Allied occupation. Memories of those days of hardship and disruption remained with her all her life.

Shirley learned the newspaper business at a young age, from her mother, father and her maternal grandfather, Albert Remington Kessinger, who was publisher of the Rome Sentinel from 1928 to 1941. On his death, major ownership of the paper passed to her mother and the responsibility for daily operations to her father, and the business remained a family enterprise.

Returning from World War II, her husband, George, joined the newspaper. He served as publisher from 1964 until 1993, and remained president until 2011. During those years, Shirley served as Vice President and Secretary.

For many years she maintained an office there, going to work regularly. She was widely admired throughout the industry. Throughout her life she played a major role in important decision-making, serving as an equal partner with her husband in the overall direction of the paper.

For years Shirley served as the regional representative for American Field Service international students and host families, welcoming them and attending to family placements.

Shirley and George provided a comfortable home for their five children, and their numerous friends regularly gathered at the large round kitchen table. As the children departed for college and careers, she spent more time painting and creating hand-made books.

She embraced the entire Utica-Rome community, working with her Utica friends and associates to host a concert by renowned cellist Mstislav Rostropovich and his equally renowned wife Galina at the Stanley Theater supporting its restoration. At gatherings, crowds naturally gravitated to her warmth. She preferred others to have the limelight and, when honored, was quick to promote the accomplishments of others.

Shirley was proud to be honored as a member of the Order of Saint Barbara.

She served as an honorary member of the Northeast Air Defense Sector and of the Officers Wives Club at the former Griffiss Air Force Base. She worked with the B-52 Museum Committee having assisted in securing the B-52 bomber static display at Griffiss Technology Park. Every year she personally sponsored the Sentinel softball team — named the B-52s.

Shirley was a member of the National League of American Pen Women, CNY Chapter, as an artist and a regular contributor to the Matilda Joselyn Gage Foundation and Center for Social Justice Dialogue in Fayetteville, NY, along with many other women’s rights organizations. She joined with others to facilitate the establishment of Lucy’s House, a domestic violence shelter providing emergency shelter services to local women and children.

Shirley was nominated by the New York State Chief Judge and confirmed by the State Court of Appeals to serve as a lay member trustee of the Lawyer’s Fund for Client Protection, meeting twice a year to review cases of attorney misconduct, reimbursing client funds in selected cases, and fostering high standards in the profession.

She served as a trustee of Munson-Williams-Proctor Institute and SUNY College of Technology Foundation Board, a board member of Sculpture Space, Rome College Foundation, Industrial-Labor-education Council of the Mohawk Valley, Emergency Psychiatric Social Service Board, Central New York Community Arts Council, as vice chair of New York Newspapers Foundation, on the allocations committee of United Arts Fund of the Mohawk Valley, and on Mohawk Valley Women’s History Project.

Her memberships included Wednesday Morning Club, Rome Art Association, Utica Art Association, and Associated Artists of Utica, Rome Area Chamber of Commerce, Fish Creek Club, Rome Club, Teugega Country Club, Lake Delta Yacht Club, and Red Hat Society.
In 1986, she received the Woman of Merit Award for Art. In 1987, Shirley and her husband George received the first Saul Lazovik Service to the Arts Award for “unselfishly giving of their time, effort, and financial support to the arts.” In the same year, she received the SUNY College of Technology Distinguished Service Award. She received the YMCA Salute to Women Award for Art in 1989.

The Rome Area Chamber of Commerce awarded Shirley its Cultural Vitality Award in 1990, was bestowed the 1992 Roses for the Living Award by Rome Rotary Club; and the YWCA of Utica selected her for the Salute to Women Award for distinguished service.

In 1995 Shirley and George were selected as recipients of the John Peter Zenger Award for Achievement in Publishing in recognition of their outstanding and exceptional contributions to the industry.

Shirley received the Rome/Utica/Herkimer Chamber of Commerce Athena Award in 1996 for her community service and assistance to women to reach their full potential.

She was a long-time member of Zion Episcopal Church, later a member of First Presbyterian Church, and a Paul Harris Fellow in Rotary Club.

One of her most intriguing contributions to the community over the years was commissioning wood sculptor James McDermid in 1995 to carve a piece to represent Lake Delta Spirits from a massive 18-foot maple tree trunk then standing by her property near the curve at Elmer Hill Road.

Shirley and George spent their last years at Masonic Care Community in Utica. Shirley would make her way from Wiley Hall to visit George at the Health Pavilion each day until he passed, July 2, 2018. Shirley was particularly fond of the Woodgate staff and grateful for their assistance.

Shirley was a joyous person who shared her joy with those she encountered. She was especially loved by and drawn to young people including the many teens who gathered at her home, appreciative of her careful listening and non-judgmental demeanor. Her gentle guidance helped many of those who knew her. She loved nature and animals, domestic and wild, and had an uncanny ability to connect with the natural world.

Whether they called her “Mom,” “Shirley,” or “Mrs. Waters,” she had a dramatic influence on those she encountered.

Arrangements are entrusted to Barry Funeral Home. A memorial service and interment are planned for early spring. There will be no calling hours.

Remembrances may be made in her name to the Jervis Library, 613 N. Washington St.