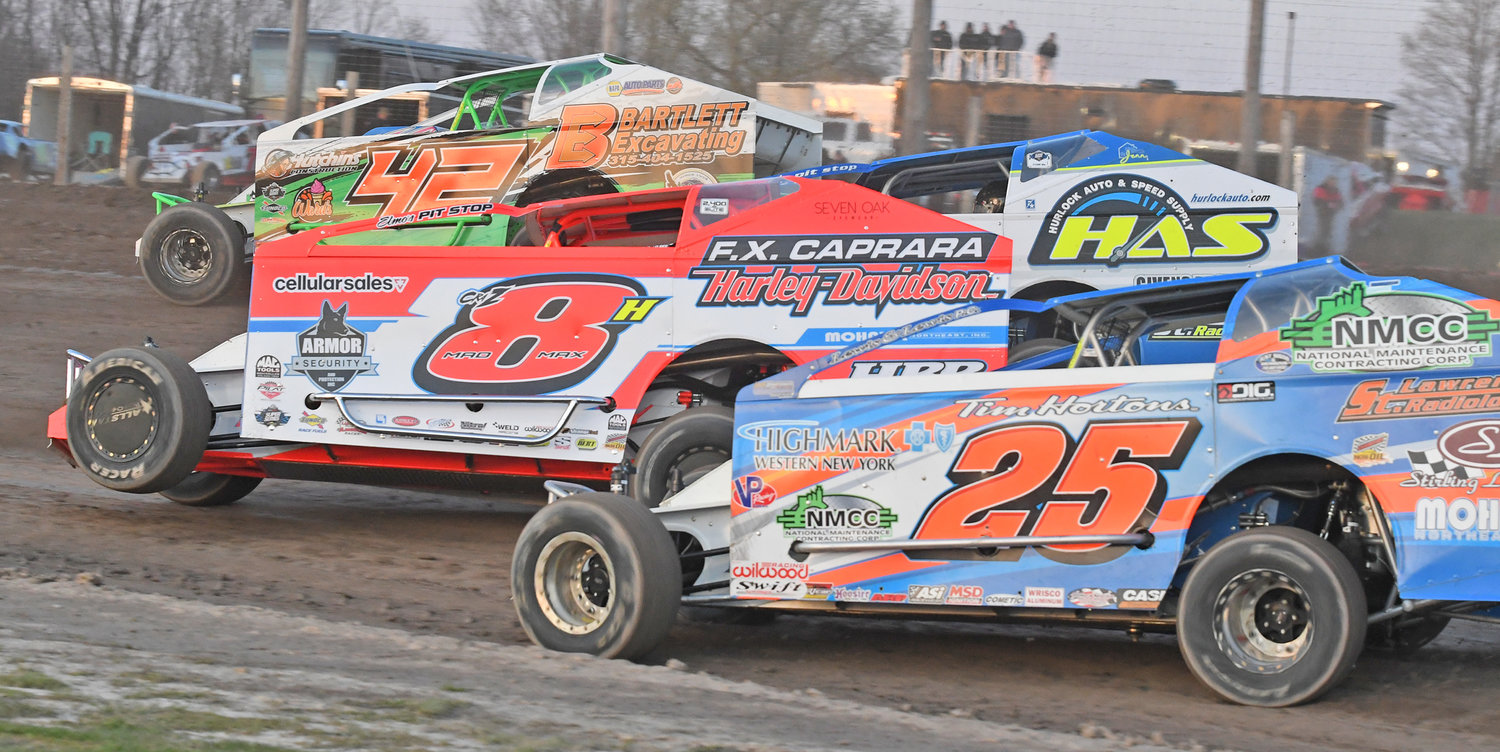 Tucker O’Connor, No. 42; Matt Sheppard, No. 9s; Max McLaughlin, No. 8H and Erick Rudolph, No. 25; race through the second turn at Utica-Rome Speedway in Vernon Friday night during heat race action on opening night of the 2022 season. Sheppard went on to win the feature race and McLaughlin finished third, Rudolph 13th and O’Connor 22nd.
(Sentinel photo by John Clifford) 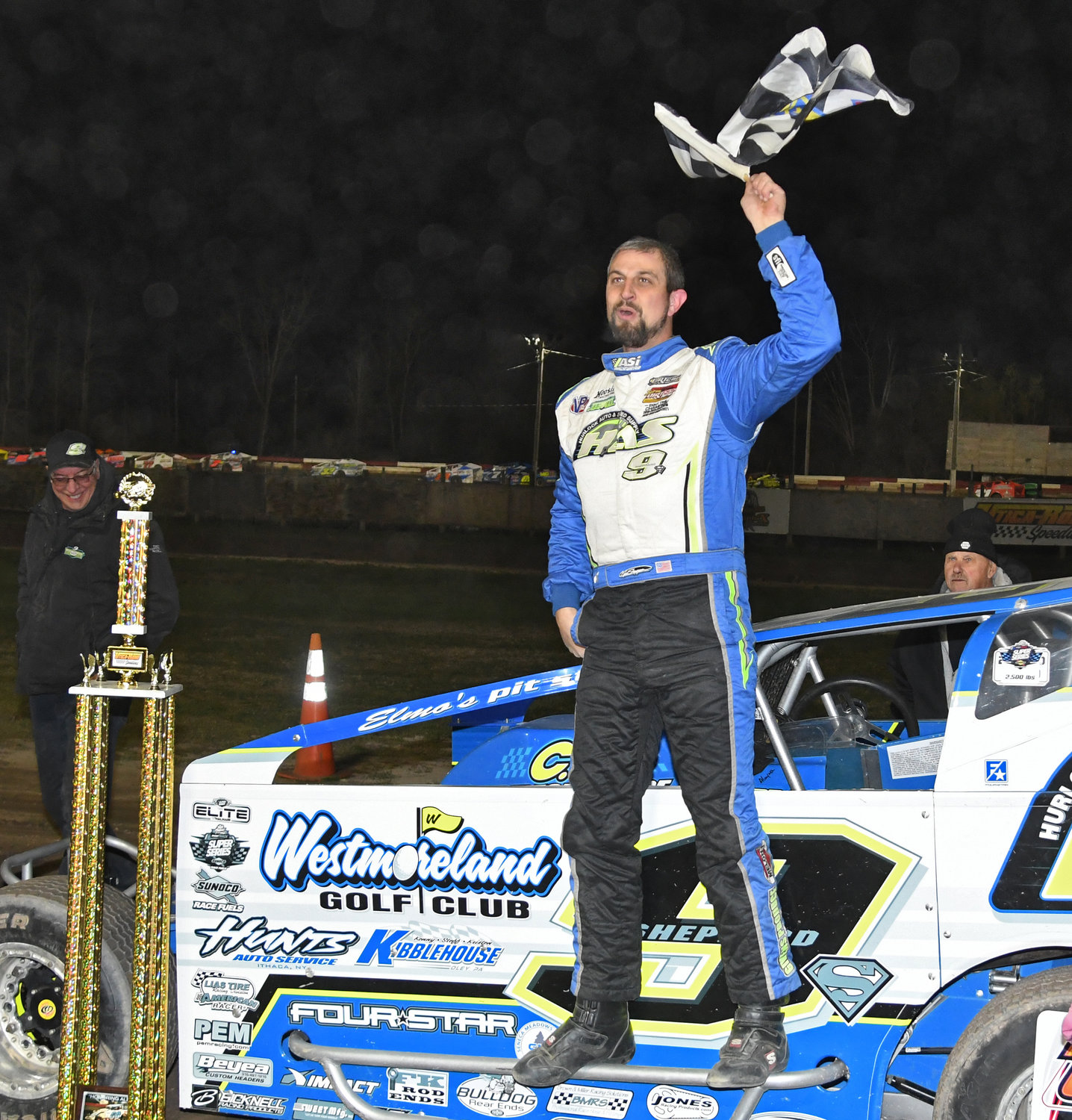