Check out these recent highlights from Utica-Rome Speedway.

Vernon’s Willy Decker in the 1X tries to hold off Matt Sheppard of Savannah coming out of turn four, but couldn’t with Sheppard recording his fourth win in a row and 10th for the season in the modified division on Friday, Aug. 12 at Utica-Rome Speedway.
(Sentinel photo by John Clifford) 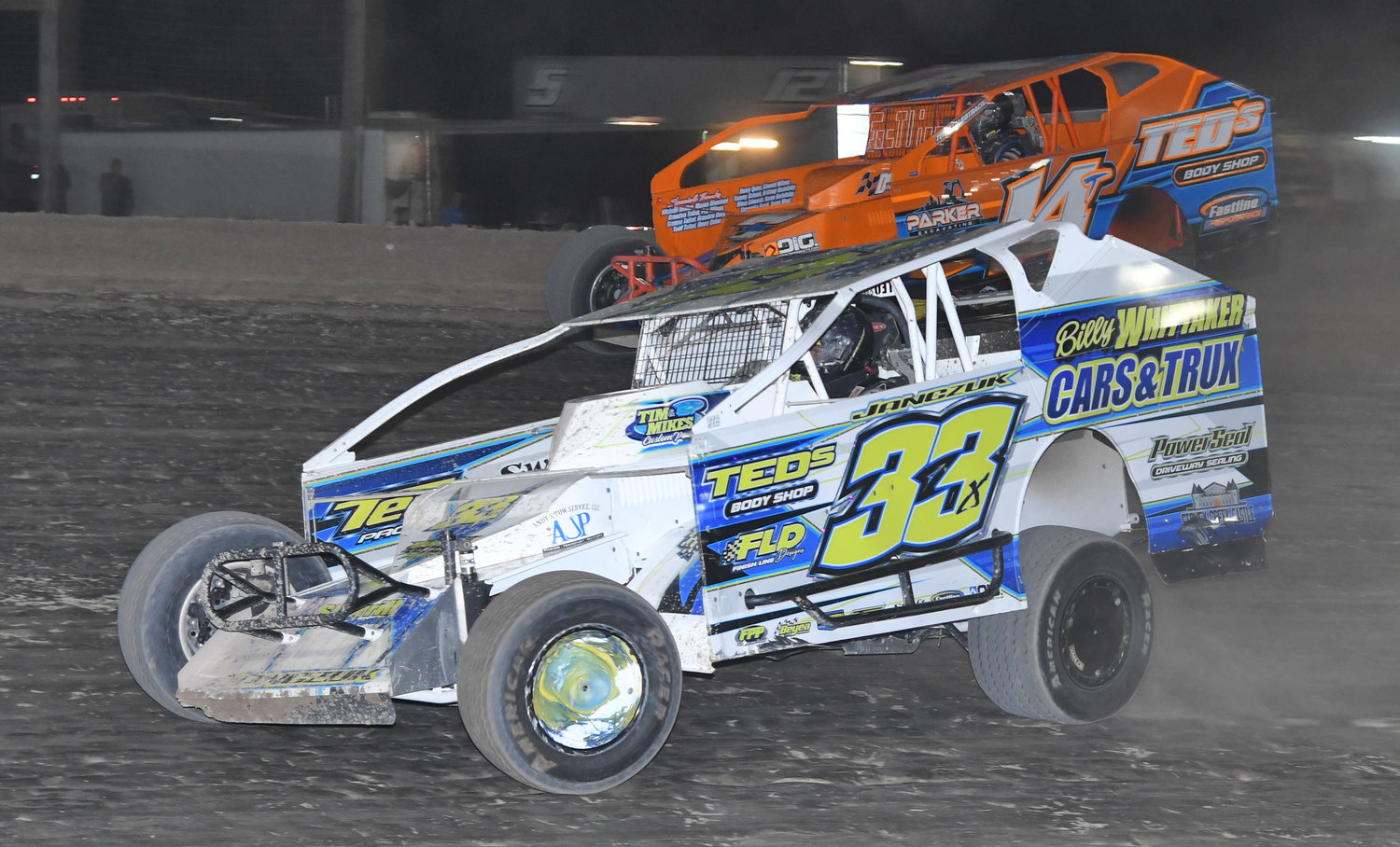 Sportsman driver Matt Janczuk, of Oneida, in the 33x gets under Payton Talbot, of New South Berlin, in the 14T, during the sportsman feature race Friday, Aug. 12 at Utica-Rome Speedway. Janczuk recorded his eighth win in a row and with only a couple more points nights left has the points lead over Talbot.
(Sentinel photo by John Clifford)
Previous Next
Posted Monday, August 15, 2022 5:30 pm