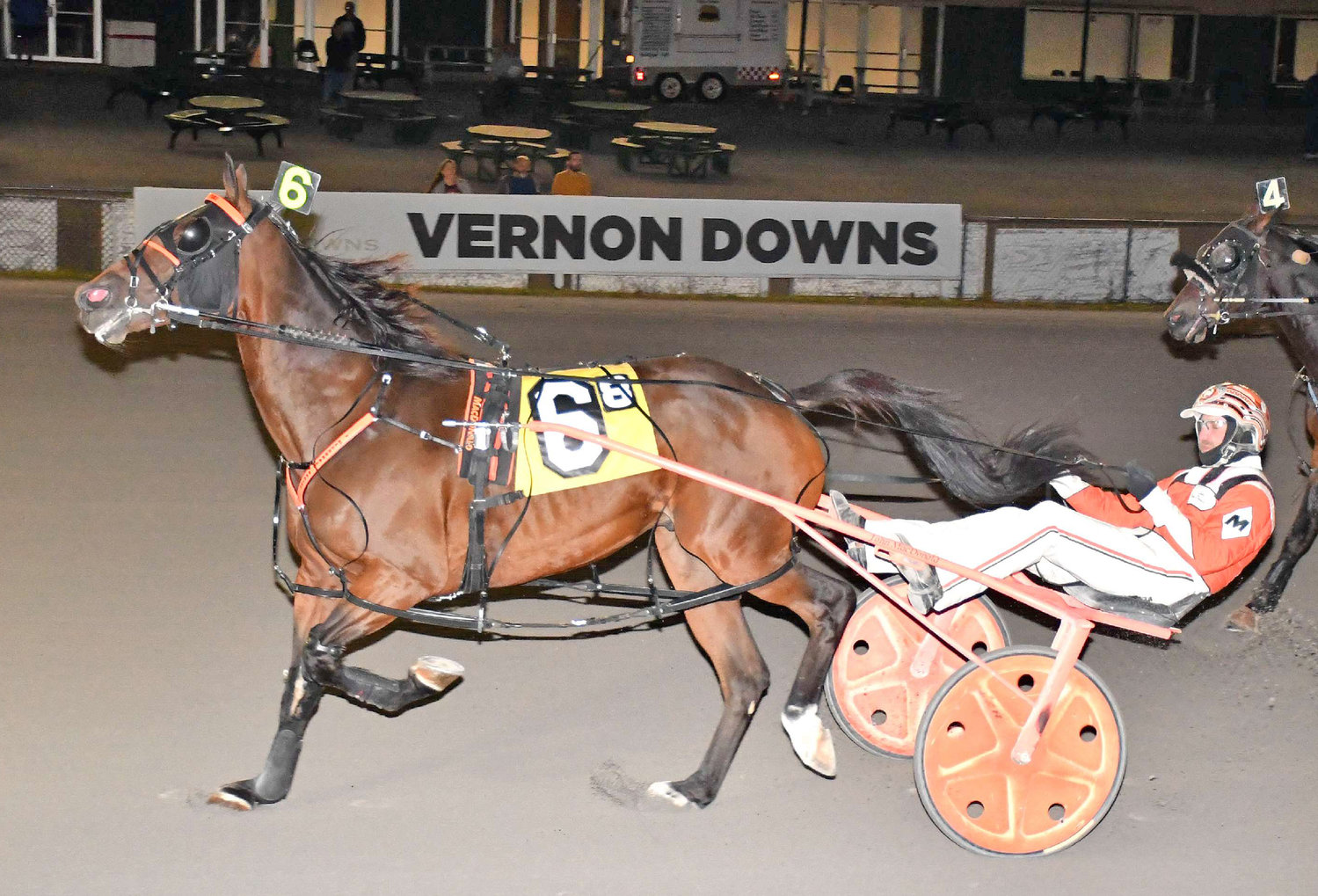 Sgt Papa Daddy ($3.10) went to the front and led to a 25.4-second first quarter. He slowed things down with a 29.2-second second quarter and eased to the half in 55.1 seconds. As they went around the final turn Northern Rein (Frank Affrunti) was the first to make a moving going first-up and moved into second. Sgt Papa Daddy cruised to three-quarters in 1:23.4. As they made the turn for home Northern Rein went all out after the leader but Sgt Papa Daddy won easily in 1:51.4. Northern Rein had to settle for second. Party Boy (Michael Kimelman) came up late to get third money.

Sgt Papa Daddy is an 8-year-old gelding by Rockin Image. He is owned by MacDonald and trained by Kim Hines. It was win number four in 2022. He now has 40 lifetime victories.

Leon Bailey drove three winners on the card. MacDonald had a driving double. Kerin Warner had a training double.

Live racing returns to Vernon Downs on Friday at 6:05 p.m.