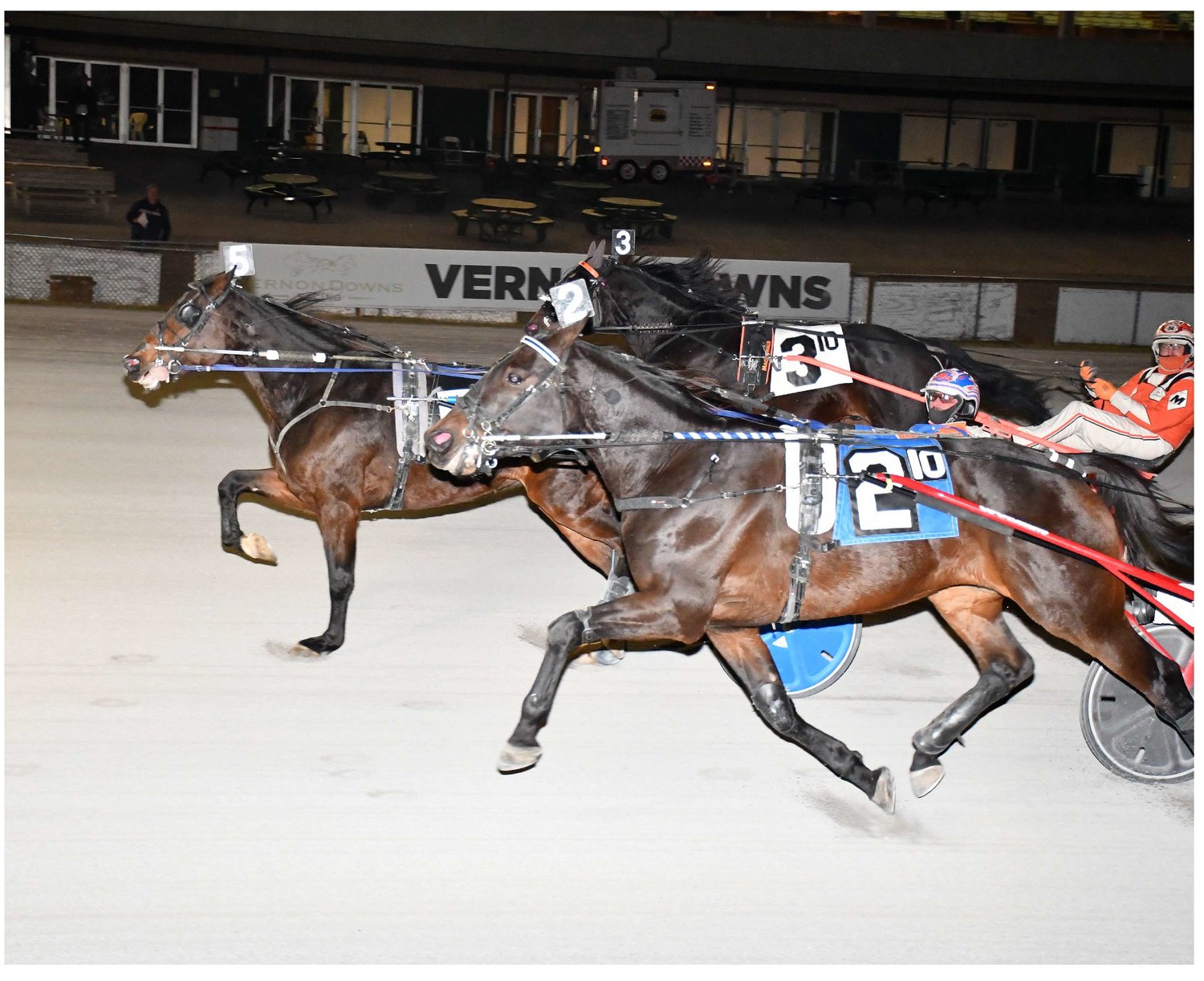 Sgt Papa Daddy shot to the front and led to the quarter in 27.1 seconds. He used a 28.2-second second quarter to be first to the half in 55.3 seconds. As they made the turn for home Sgt Papa Daddy started to get away. Second place finisher, Major Leaguer (Jimmy Whittemore) could just watch as Sgt Papa Daddy won easily in 1:51.4. Let’s Foal Around (Frank Affrunti) finished third.

Sgt Papa Daddy is an 8-year-old gelding by Rockin Image. He is owned by MacDonald and trained by Kimberly Hines. It was his seventh win this season and the 43rd of his career.

Makadushin N Cheez charged straight to the front and was first to the quarter in 28.4 seconds. He was first to the half in 57.3 seconds and led to three-quarters in 1:26.2. As they made the turn for home the race was on. Zappa (John MacDonald) came first-up to challenge as Star Track Hanover (Frank Affrunti) slipped through the inside. The three of them battled all the way down the stretch. Makadushin N Cheez dug in and won in a lifetime best of 1:55.2. Star Track Hanover was second best. Zappa finished third.

Makadushin N Cheez is a 3-year-old gelding by Conway Hall. He is owned by Joe D’Agostino. Molly D’Agostino, Peter Kadushin, and trainer David Dewhurst. It was his 11th win of 2022 and 18th career victory.

Joxter wins trotter of the meet. The 4-year-old gelding by Chapter Seven had seven wins, two seconds and two thirds in 11 starts at Vernon. He won $36,899 in total purses. He is owned by Ann-Mari Daley and trained by Dan Daley.

Northern Rein wins pacer of the meet. The 7-year-old gelding by American Idea had five wins, five seconds and four thirds this season at Vernon while earning nearly $37.000 this meet. He is owned by New York Standardbreds LTD and trained by Kerin Warner.