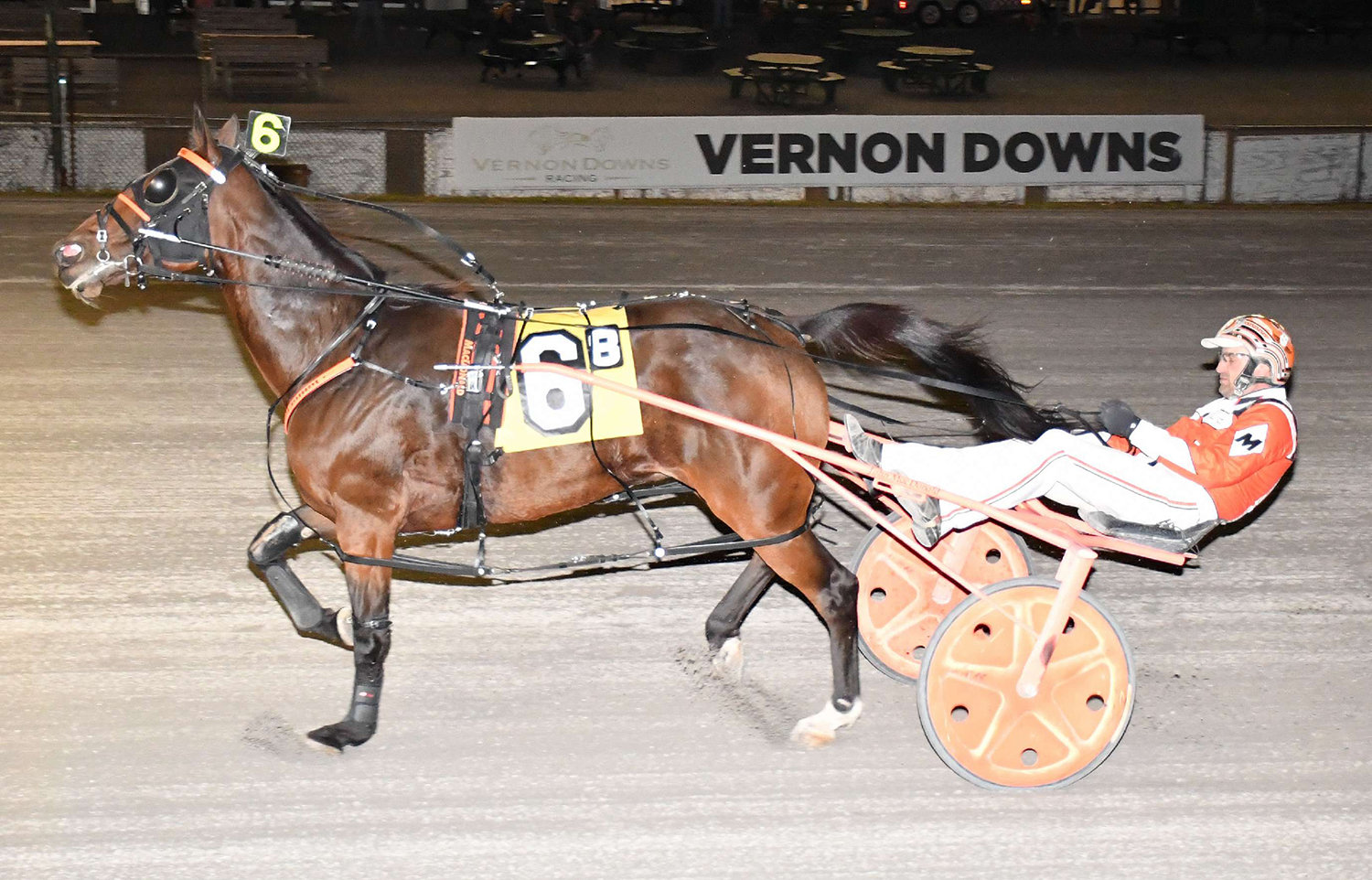 Sgt Papa Daddy and driver John MacDonald won the featured $8,700 trot at Vernon Downs on Saturday night in 1:52.3. It was the fifth win of the season for the 8-year-old gelding.
(Photo courtesy of Fotowon)
Posted Monday, November 7, 2022 5:10 pm

As they reached the stretch Sgt Papa Daddy broke free and made it a battle for second as he won easily in 1:52.3. Shrimp And Grits finished second. Bluesville was third best.

Sgt Papa Daddy is an 8-year-old gelding by Rockin Image. He is owned by MacDonald and trained by Kimberly Hines. It was his fifth win in 2022. He now has 41 career victories.