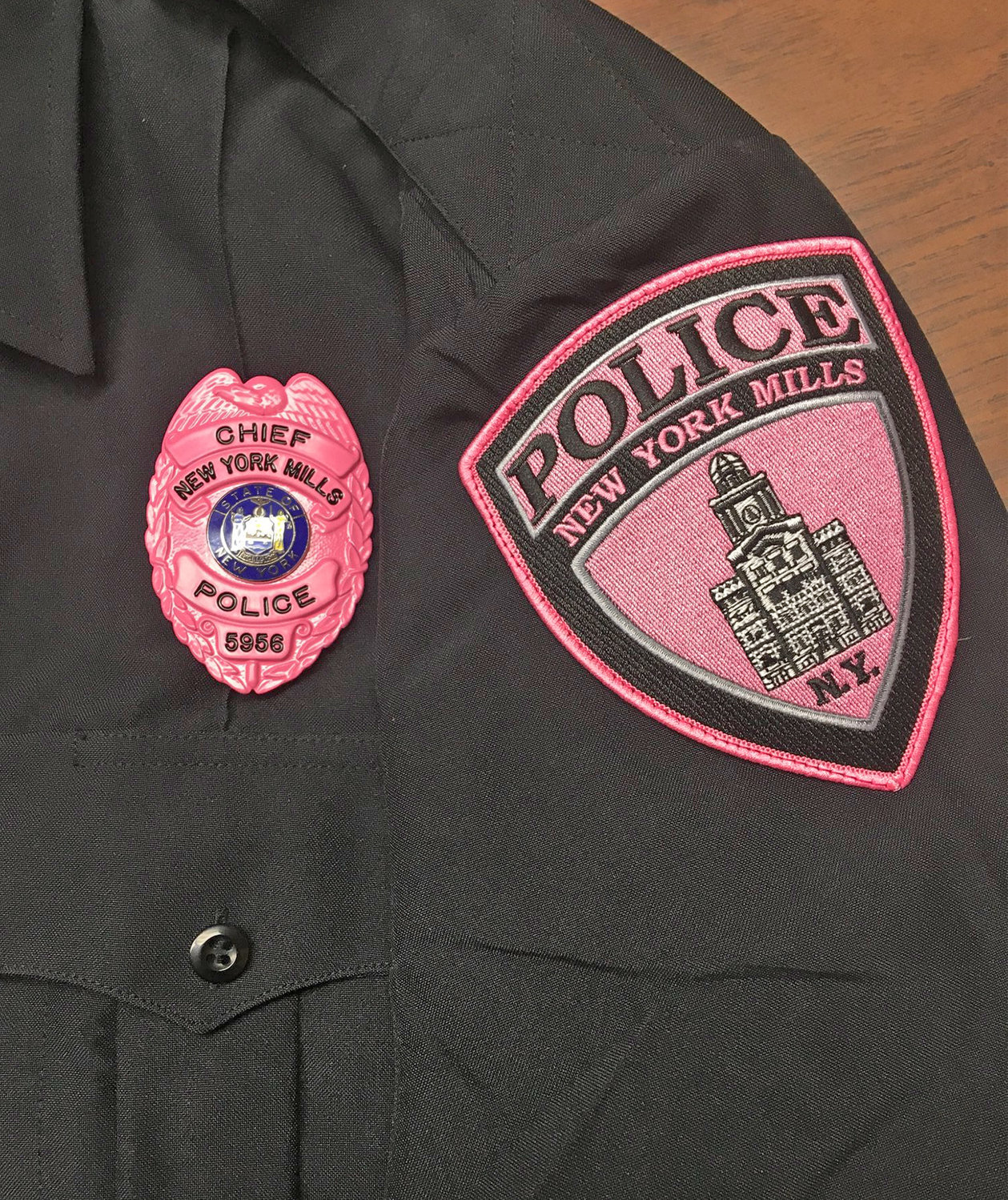 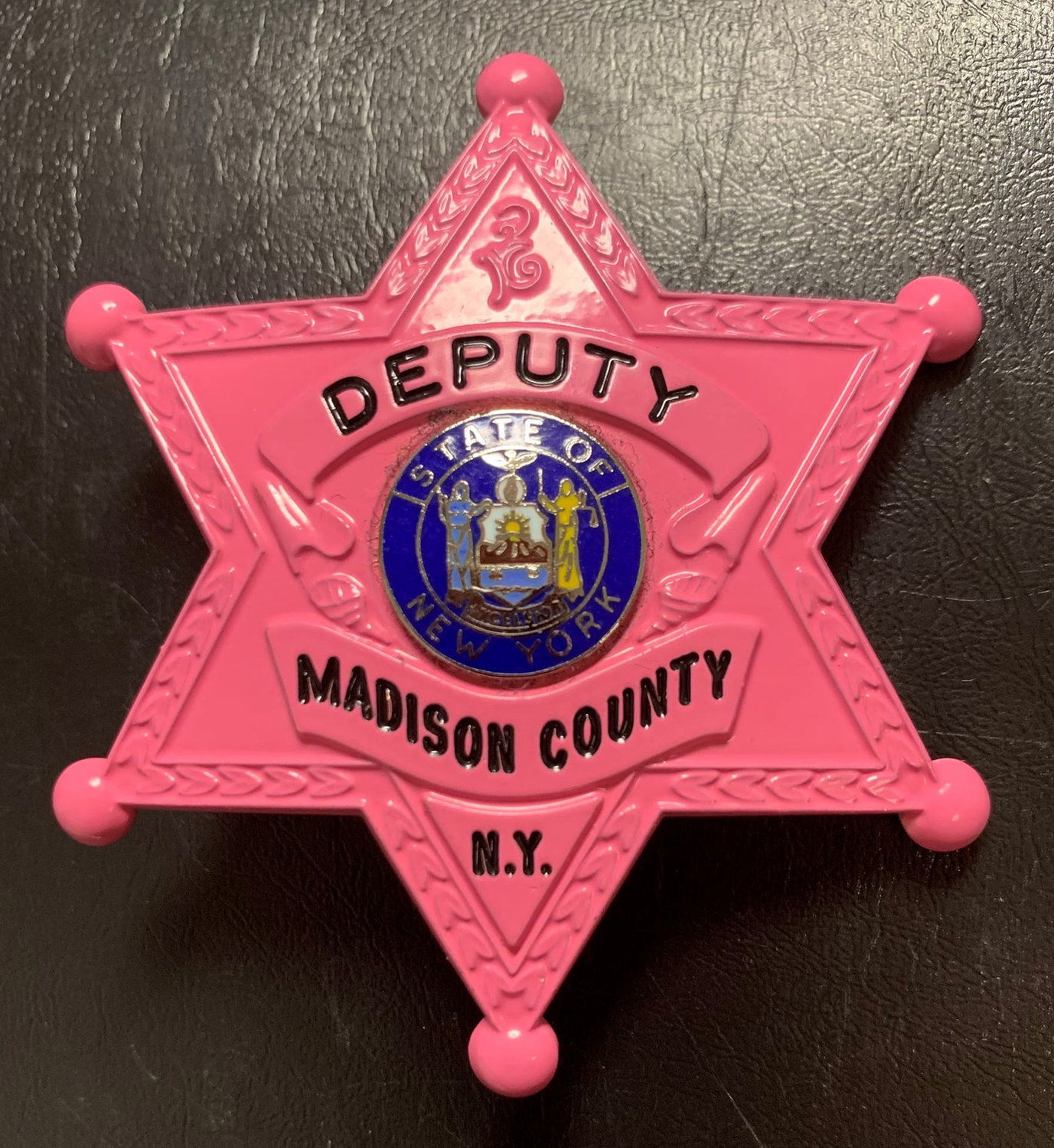 Pink patches and badges have become a new tradition for many police agencies looking to recognize Breast Cancer Awareness Month. It’s a colorful way to show support and raise money in the process.

“They can wear them throughout the month of October.”

New York Mills has been sporting pink patches for at least two years now, and Frankland himself wears a pink badge. Last year, they raised roughly $200 for a dispatcher at the 9-1-1 Center who had breast cancer, and they are looking for another local resident this year who could use their help.

The patches are the traditional New York Mills Police Department shoulder patch, only now it’s colored pink and black, with white accents. Members of the public can purchase patches from the department for $10 apiece.

“I purchased extra patches if people want to buy them,” Frankland stated. “People from not even around the area have reached out to purchase a patch.”

The Madison County Sheriff’s Office is another local agency going pink. The department ordered a batch of pink star badges for deputies and other officers to wear.

“Public safety is about more than making arrests. It is about helping those who are in need, and that includes those in our community fighting breast cancer,” the department posted on social media. “We here at the Madison County Sheriff’s Office support you.”

The Oneida Police Department is also looking to add pink patches — if not this year, then definitely for next year.

“We just had it designed,” said Police Chief John Little, whose wife is a cancer survivor.

“It’s something that’s dear to my heart,” he added.

Little said he was inspired by other local agencies going pink and had a patch designed for his department, though he noted they might not be ready before the end of the month. Little said he plans to have pink patches for the Oneida Police for sure next year, with all money raised going to a cancer foundation.