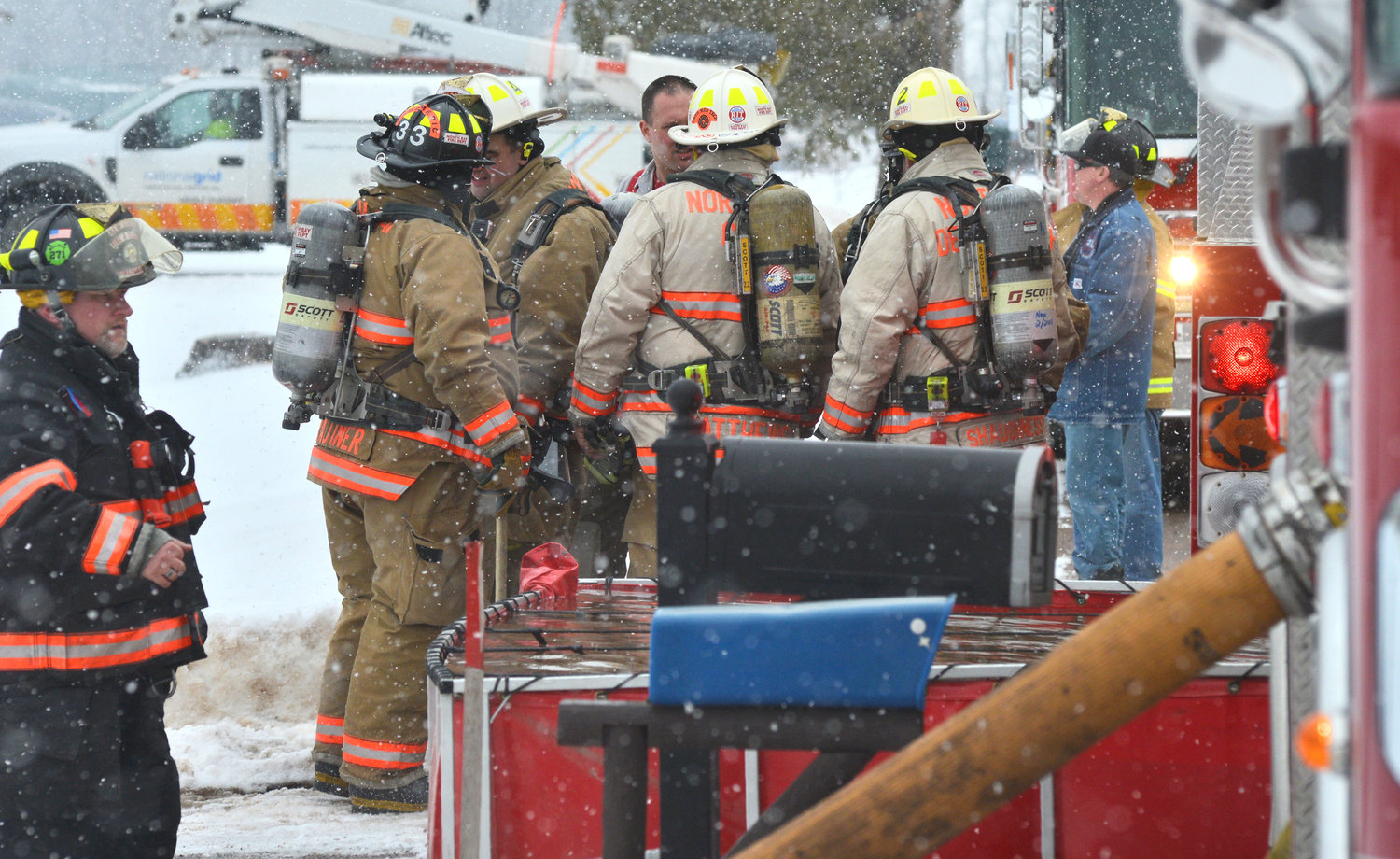 FIRST RESPONDERS — Fire crews from North Bay are ready to fight fire at 4327 Wood Creek Road in Verona this morning. They were among multiple departments that responded to a massive blaze that destroyed a large home. 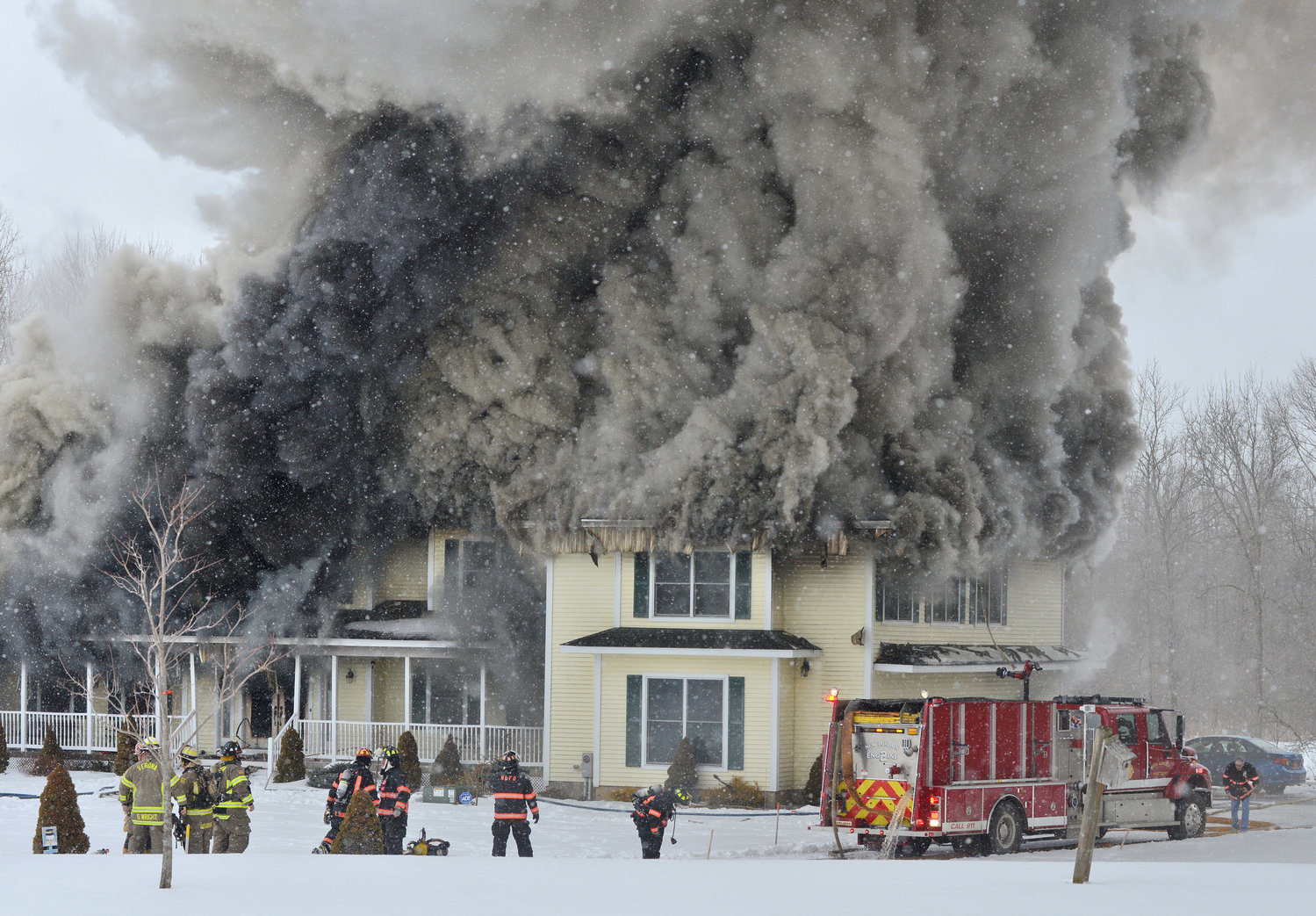 SMOKEY CONDITIONS — Firefighters initiate an exterior attack at 4327 Wood Creek Road in Verona, where multiple departments were on the scene to fight the massive fire this morning. The alarm was initially raised at 8:46 a.m.
(Sentinel photo by John Clifford) 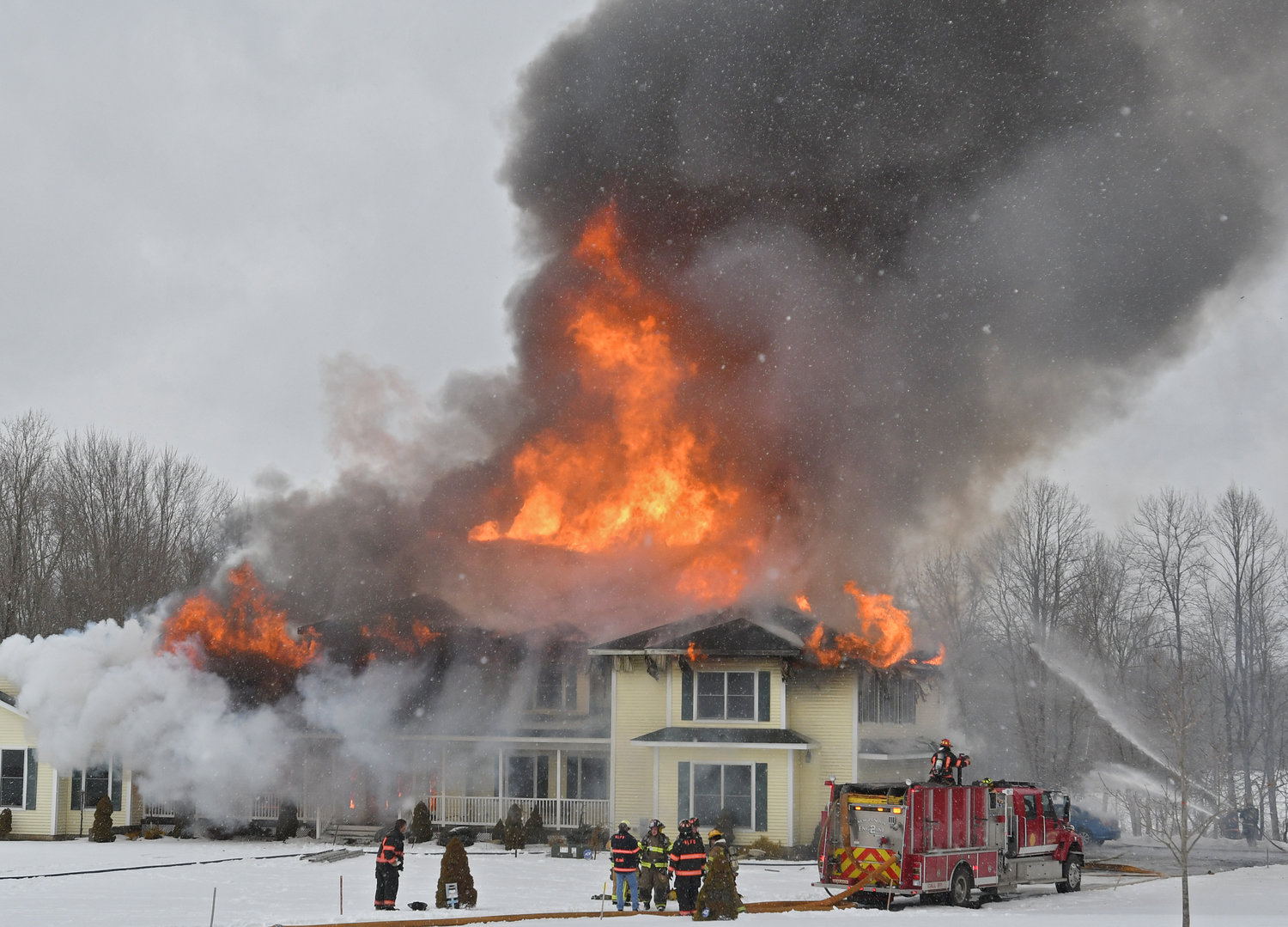 HEAVY FLAMES — The home at 4327 Wood Creek Road in Verona was engulfed in flames this morning as multiple volunteer fire departments were on the scene, with additional engines, tankers and manpower called in.
(Sentinel photo by John Clifford) 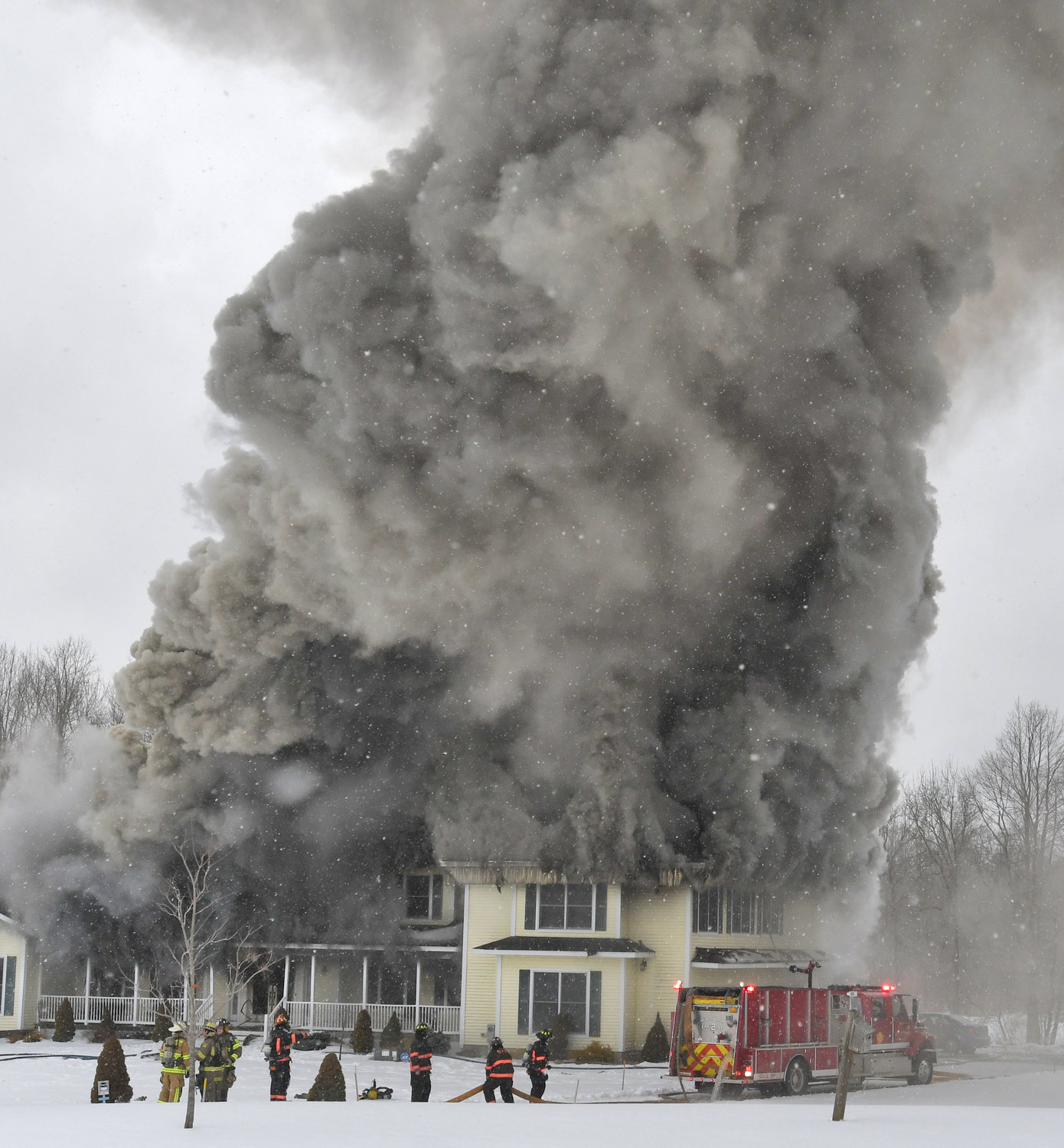 UP IN SMOKE — Smoke billowed from 4327 Wood Creek Road in Verona this morning, as several departments fought a blaze that had crews of local firefighters on the scene for multiple hours.
(Sentinel photos by John Clifford)
Previous Next
Posted Tuesday, March 12, 2019 4:01 pm