Senyshyn looking to make an impact with Utica Comets

Zach Senyshyn is looking forward to the new opportunity in his pro hockey career.

Senyshyn looking to make an impact with Utica Comets 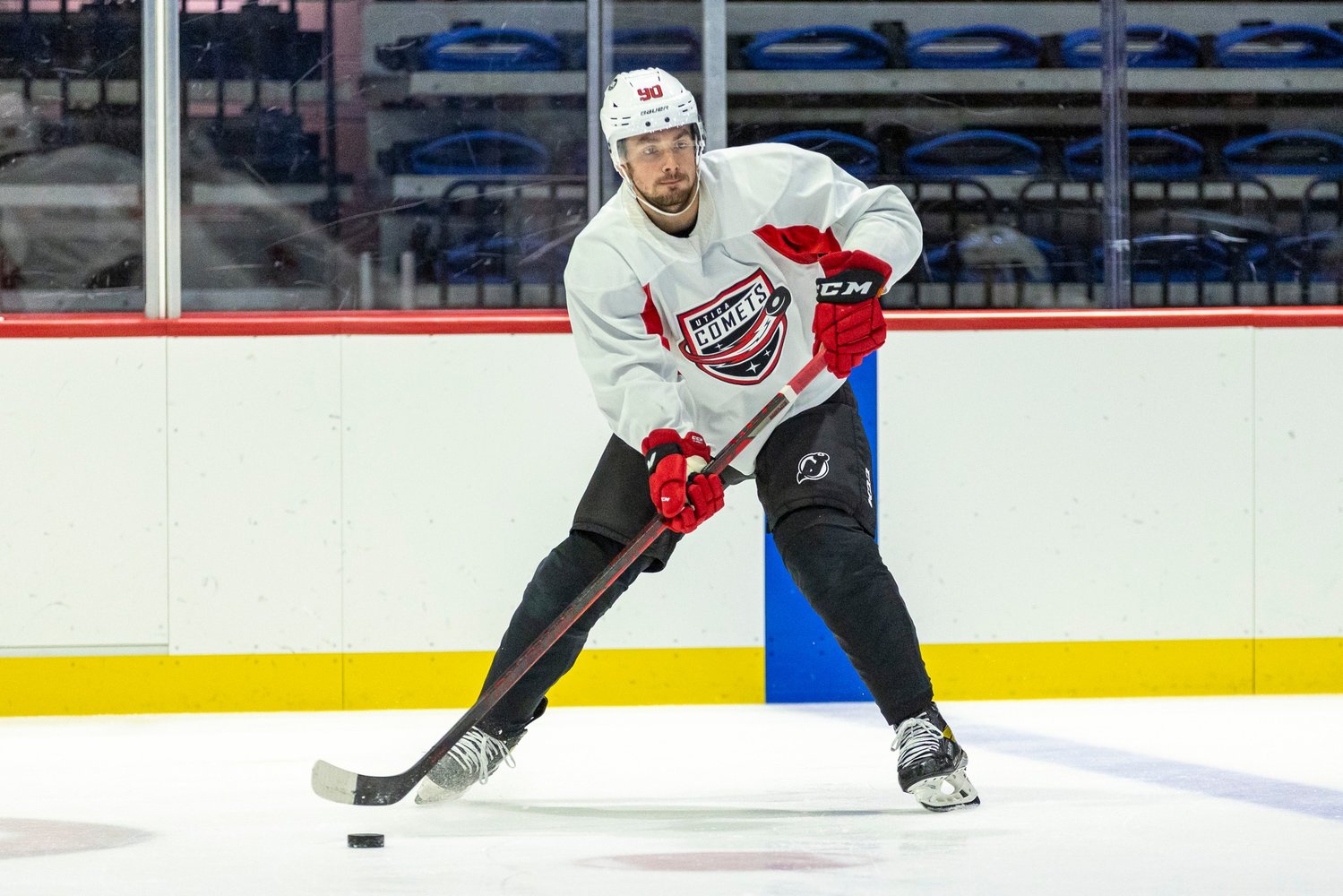 Zach Senyshyn is a new addition to the Utica Comets this season. He’s played 259 regular-season games in the AHL, mostly in five seasons with the Providence Bruins. He also spent time with Belleville during the 2021-22 season.
(Photo courtesy of David Herman/Utica Comets) 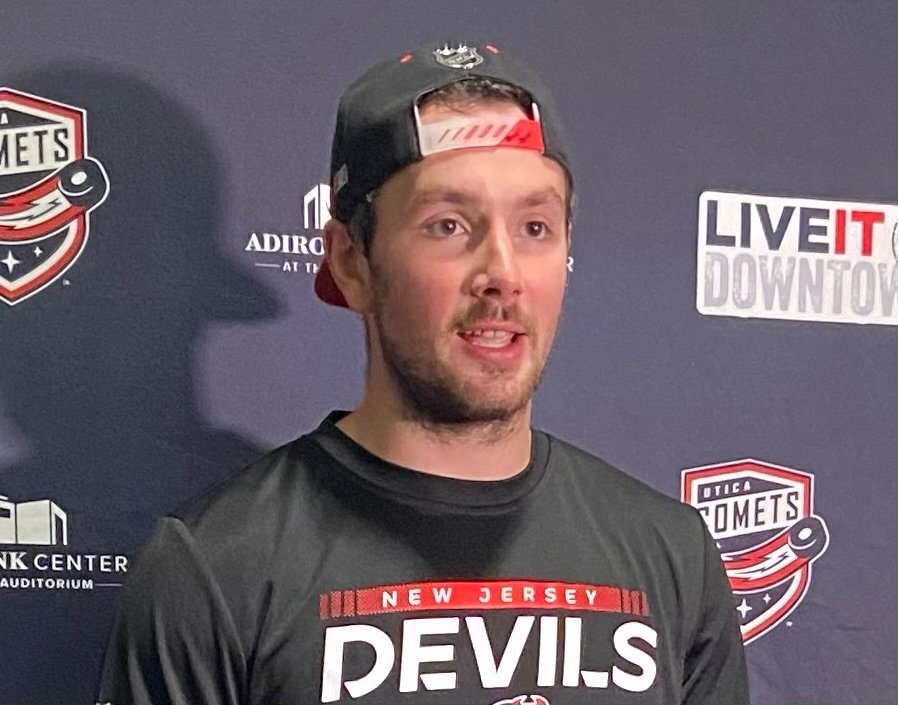 UTICA — Zach Senyshyn is looking forward to the new opportunity in his pro hockey career.

Senyshyn, a 25-year-old wing who has played the majority of his five seasons in the Boston Bruins organization, is a recent addition to the Utica Comets.

“I’m itching to put on the Comets (game) jersey and get started,” said Senyshyn, who noted he’s heard good things about the fan base after playing against Utica. “I’m just looking forward to being here.”

Senyshyn, who was with parent club New Jersey on a tryout during training camp, signed an American Hockey League contract to join Utica this week. He was among 20 players – along with forward Jack Dugan and defenseman Michael Vukojevic, who were also recently assigned – to practice with the team Wednesday in an up-tempo session. The team is preparing for two preseason games with a meeting at 7 p.m. Friday against Syracuse before traveling Sunday to Rochester for a 5 p.m. contest. The regular-season starts next Friday in Hershey.

Senyshyn is a notable addition for the Comets, who scored a team-record 246 goals last season but likely will need some help offensively with the offseason departures of A.J. Greer and Chase De Leo.

“I like to have a lot of fun,” said Senyshyn, who has a mini golden doodle named Winston and is a self-described history buff. “I like to play hard. My speed is my best asset. I’m going to be flying around out there. Hopefully, I’ll be scoring a lot of goals.”

Senyshyn has shown to be a two-way player with impressive speed in the AHL. With Providence, he was a solid forechecker who could kill penalties and help offensively.

“I’m just trying to play my game and use skills I have to benefit this team,” said Senyshyn, whose 275 pro games make him a veteran exempt player under AHL rules. “I believe it is the small details in your game that will get you rewarded with goals. That being said, I plan to score a lot and be a leading goal-scorer for this team. I think that’s something that is very attainable.”

Senyshyn had arguably his most productive campaign last season with Providence with 19 goals and 31 points in 51 games before a reported trade request sent him to the Ottawa Senators organization. With Belleville, Senyshyn had three assists in 16 games.

“He’s willing to put in the work and trying to take the next steps,” said new Comets assistant coach Andrew Brewer, who was one of five coaches on the ice Wednesday with head coach Kevin Dineen absent. “(It is good) to work with someone like that who is willing to bet on themselves and push themselves above and beyond to try and get better.”

Senyshyn said everyone in the organization has been welcoming. He’s trying to be a sponge as he adjusts to a new organization.

“I’m just trying to work my hardest and show I’m committed to the plan they have in place,” he said.

On Wednesday, Utica got some familiar faces added to the roster. Forward Joe Gambardella and defensemen Jeremy Groleau, Robbie Russo and Tyler Wotherspoon successfully cleared waivers from New Jersey. They have been assigned to Utica.

Notably, Gambardella (veteran exempt; 261 to 320 pro games), Russo and Wotherspoon (veteran; more than 321 games) also fill veteran spots under AHL rules. Teams can can dress a total of six players under those rules and at least one player has to have veteran exempt status. With defenseman Dylan Blujus, the Comets can currently fill five spots.

The Devils have more than 30 players remaining in training camp. There are more moves to be made in the coming days to get down to a 23-man roster for the NHL regular-season, which begins next week.