REVIEW: 'Dominion' offers much of the same

It would be too easy to compare the “Jurassic World” franchise with a lumbering dinosaur, so let’s just say that the new threequel — “Dominion” — is probably everything you want …

REVIEW: 'Dominion' offers much of the same 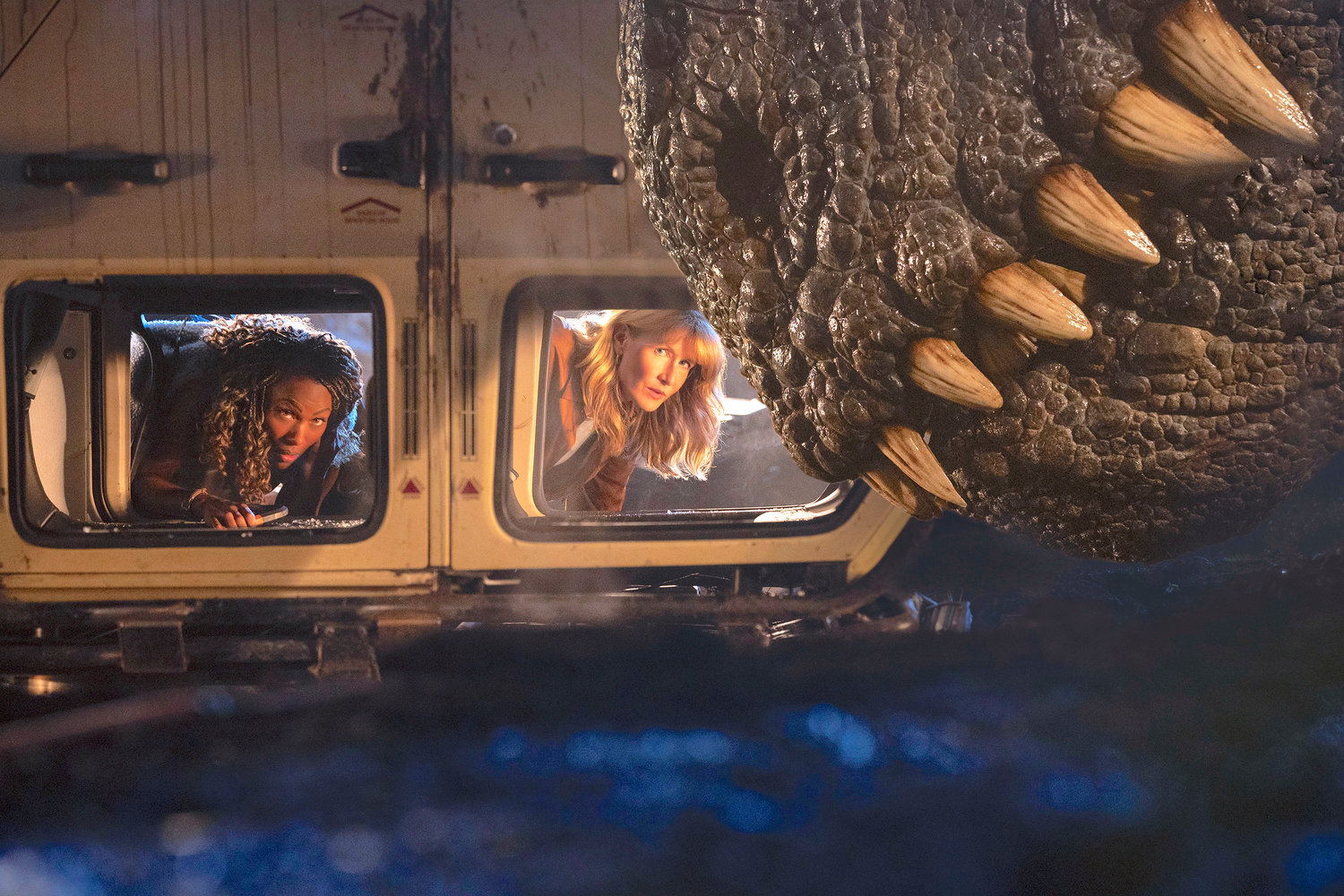 It would be too easy to compare the “Jurassic World” franchise with a lumbering dinosaur, so let’s just say that the new threequel — “Dominion” — is probably everything you want another one of these movies to be.

The simple fact is there has never been a really great sequel to the original “Jurassic Park.” Hollywood keeps churning these movies out, whether they be “Jurassic Park” or “Jurassic World”, and each sequel is pretty much the same. There are some humans, there’s some action, there’s some familiar dinosaurs, and it’s all pretty bloated and plain.

But it’s also a simple fact that these sequels remain watchable and largely entertaining, no matter how poorly put together they actually are. “Jurassic World: Dominion” is now playing in theaters.

In this new movie, dinosaurs have escaped their various parks and islands and now roam free in the normal world — but that’s just the first 15 minutes or so. The actual story is about the characters from the new trilogy teaming up with the characters from the original trilogy to invade a dinosaur refuge in Europe to accomplish various complex missions.

“Jurassic World: Dominion” will be just fine if all you’re looking for is another movie in which humans run from and evade dinosaurs. There’s plenty of action, there are familiar characters, and all the dinosaurs you already know and love are back, along with a couple of new ones. They even give some of the new dinosaurs feathers, because that’s a whole thing.

But there’s nothing particularly new or special about “Dominion.” The sense of awe and wonder is gone. Or, at least, the new movie doesn’t find any really powerful way to bring it back. There are some really great scenes where dinosaurs interact with the world of humans, but those are brief and the movie isn’t really about that sort of thing.

Instead, this huge group of characters all come together to invade yet another park where the dinosaurs are being contained, and they’ve got to sneak through vents, shut the power on and off, and try to outrun and outsmart familiar velociraptors and the tyrannosaurus rex.

The thing is, all of that familiar action can still be fun to watch. It’s all competently made, it’s just not particularly clever or deep. It’s all just surface level action and surface level character interactions. Is it fun to see the characters from the original “Jurassic Park” come back together and hang out again? Sure. But none of it is more than surface deep.

Fortunately, I don’t think fans of this franchise are looking for anything more than surface deep, so “Jurassic World: Dominion” will suffice as a big action blockbuster with a bunch of dinosaurs.

For more, listen to the latest Sentinel Cinema podcast at: https://romesentinel.com/stories/jurassic-world-dominion,136314