Things got heated at Wednesday’s town board meeting between councilors and seniors as the New Hartford Senior Center’s future was debated. 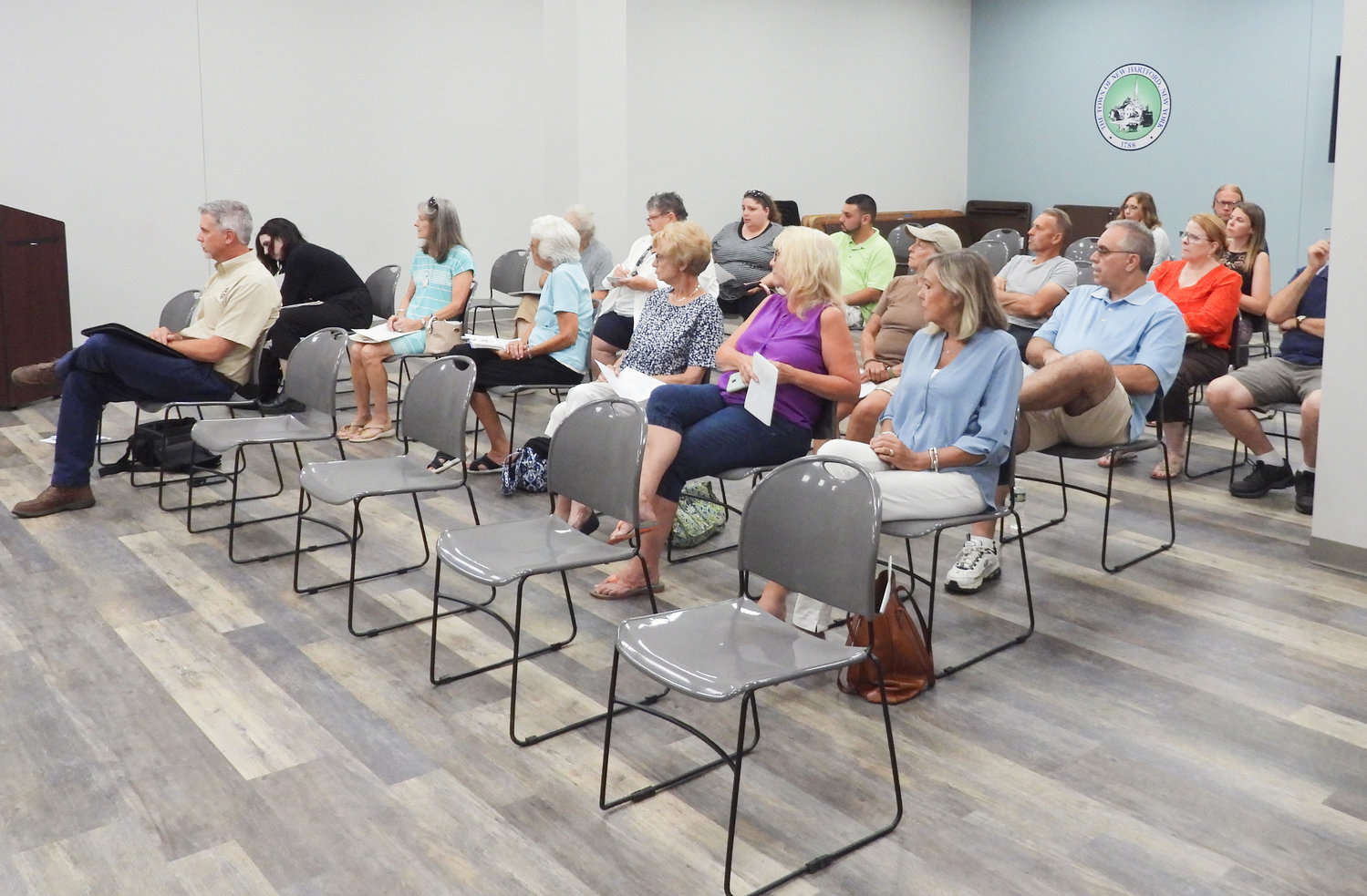 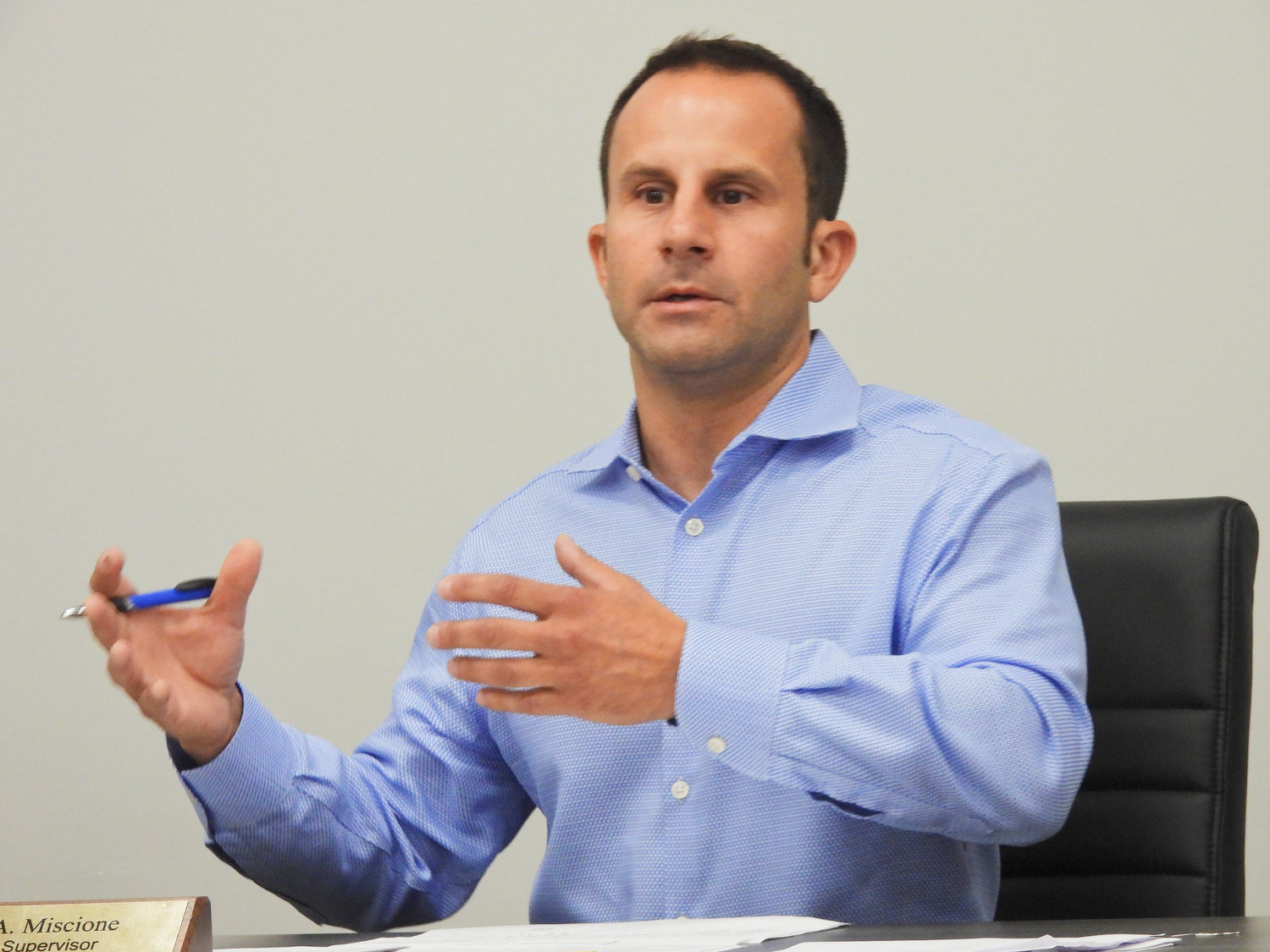 NEW HARTFORD — Things got heated at Wednesday’s town board meeting between councilors and seniors as the New Hartford Senior Center’s future was debated.

Tensions flared at The Orchard as both groups felt the other wasn’t listening during public comment period, and it quickly devolved into a back-and-forth debate between those attending and the council.

It started when one resident said she saw something on the town of New Hartford website that the Senior Center survey results would be presented at Wednesday’s meeting. Ward 2 Councilor Richard Lenart said the results were not on the agenda for Wednesday’s meeting but are available with a summation of the survey at the front desk of the town clerk’s office.

A few residents asked if they could be told the survey results at the meeting. Lenart said that he didn’t think there was anything new on the survey that hadn’t been discussed before. “It’s the same thing,” he said.

A Roberts Road resident had voiced her displeasure at the lack of action by the board. “I hear you talking about spending other money, so why don’t you spend the money that was already allocated for the Senior Center for staff so we can be open?” she said. “Especially in this hot weather because we don’t have a cooling station.”

The Roberts Road resident said this should have been done sooner, to which Miscione said that they had reached out to other senior centers in the area, and the Parkway Senior Center was the one that responded.

At this point of the meeting, residents were no longer identifying themselves before speaking to the board, and the board was no longer recognizing the speakers.

One resident said they had spoken to the director of the Parkway Senior Center and that seniors are invited.

“But we are New Hartford,” she said. “I don’t understand why we can’t have a place here. We don’t want to go to Utica. For 36 years, we’ve had a center. Why is it such an ordeal now to have something for us?”

At previous meetings, Miscione said that no one was taking away the Senior Center and that the board wanted a plan moving forward.

“They have more people in one location and the Parkway Center has a program with their own director and people,” he said.

“And they’re also subsidized by the city, and you have to pay to join,” one resident said firmly.

Miscione responded by saying that one of the considerations being given is a lump sum payment to the city of Utica so New Hartford residents wouldn’t need to pay the yearly fee.

“Yeah, but if New Hartford residents go to the Parkway, they won’t be spending money at stores here. They’ll be spending it at Utica,” a resident said.

“But it’s all the same because Oneida County gets the sales tax, and it’s all distributed the same way equally,” Miscione said. “So that doesn’t really play into it.

One resident scoffed and said to someone sitting close: “He doesn’t understand.”

She followed up with: “We’d like something in New Hartford.”

“There are 40 some-odd people in New Hartford going to New York Mills [Senior Center] and 40-some-odd people going to the Parkway,” said Ward 1 Councilor James Messa. “That’s around 80 people that aren’t coming here. So what’s that tell you? They’re not here, and they should be.”

“Well, it’s because we’ve been closed so much,” a resident said. “I understand COVID, but the other places were allowed to open, and naturally, our people went there.”

Miscione again said that the Parkway had a successful program and that the town of New Hartford did not. This riled the crowd, with multiple people exclaiming, “We did.”

“We did at St. John’s,” one resident. “And it was centrally located.”

On the topic of the Parkway Center, Miscione said he lives one-quarter of a mile away from the Utica senior center. “It’s not so far away from here that it’s not [feasible],” he said. “And seniors live in that area closer to that than [The Orchard] or St. John’s. We have a big town, and wherever we put a senior center, it’s still going to be far for someone.”

“But the attendance was like, four people,” Miscione said.

One of the reasons behind the New Hartford Senior Center closing was a lack of attendance cited by the town board.

“The program was spending [between $46,000 to $56,000] with six employees and maybe six seniors showing up,” Miscione said in a July interview with the Sentinel.

Ward 3 Councilor David Reynolds suggested the board open the New Hartford Senior Center as is for one to two days a week, which seemed to mollify the crowd.

“We’ve got to restart, and I think one way to do that is to open our facility for one to two days a week while continuing to look at options,” Reynolds said. “I’m also looking at options to keep it here in New Hartford.”

“But I think before we do that,” Lenart said. “There have been incidents in the past. I know there are rules and regulations, but when those are not followed, there’s no definite procedure for people working in the office or when we contact the police for assistance.”

Lenart added that “… behavior exhibited in the past was not acceptable. Not acceptable by the people working here or the people coming into [The Orchard] to do business.” Although, the councilor did not expand on past behavior.

Lenart was asked to “… be specific” by those in attendance but declined to do so. Instead, Senior Center Representative Marge Anweiler said it was her actions to open the Senior Center, claiming it was a cooling station designated by Oneida County.

“We need a plan,” the supervisor continued. “We can’t have six employees getting paid for six patrons. We need a plan, and to this day, we don’t have a real plan.”

Miscione said this backlash was because “… you want to get paid, Marge.”

“But Marge, you were,” Miscione said. “I went to your meeting three to four months ago, and I said that you could open the Senior Center at the time as a volunteer. And then you said you went on strike because you weren’t getting paid and walked out.”

“I know people don’t like that we moved here from [St. John’s], but even when we moved here, this place was packed when we had parties and a director,” the supervisor continued. “And then she retired. And when she retired, the [Senior Center] retired because no one else took over the quality of the job that she did, and we haven’t found anyone to do that.”

An audience member accused Miscione of not advertising the job, who replied that the town did — and they couldn’t find a qualified candidate.

“We got resumes if you want to review them. But they didn’t pass the civil service requirement,” Miscione said. “We’ve gone through this over and over. ... We’re not against you. We just need to plan so we can get people to come in, and we spend the money wisely.”