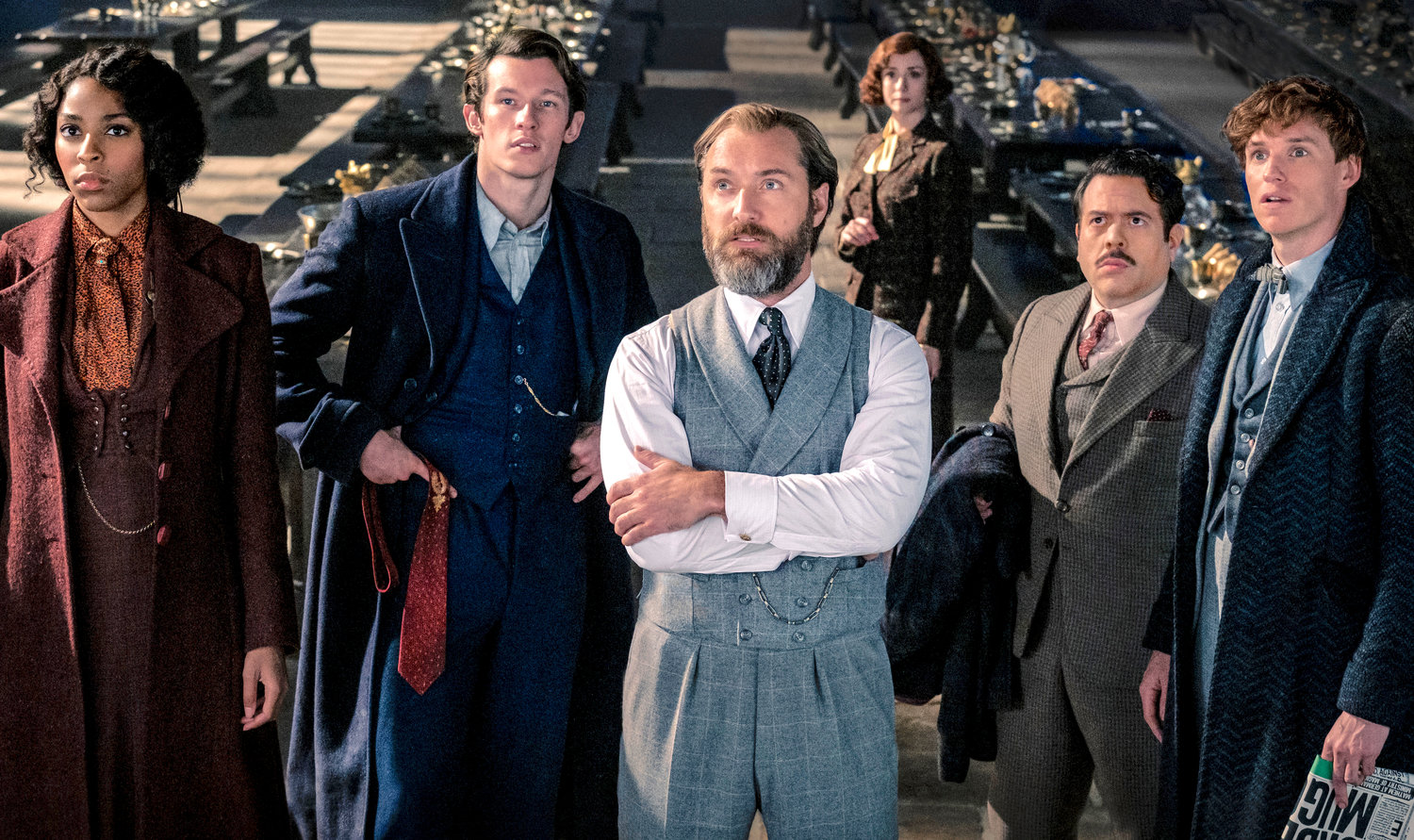 Don’t waste your time — From left, Jessica Williams, Callum Turner, Jude Law, Fionna Glascott, Dan Fogler and Eddie Redmayne in a scene from “Fantastic Beasts: The Secrets of Dumbledore.” “Do not go see it. Do not waste your time, money or effort, even if you consider yourself the biggest Harry Potter fan on the planet.”
(Warner Bros. Pictures via AP)
Posted Thursday, April 21, 2022 4:00 pm
Sean I. Mills
Staff writer
email / twitter

If this were a reasonable world, the movie studio behind 2016’s “Fantastic Beasts and Where to Find Them” never would have asked for four more sequels.

If this were a just world, the utterly terrible “Fantastic Beasts: The Secrets of Dumbledore” would be the last one and we’d never have to think about this franchise ever again.

I’m as big a fan of the Harry Potter books and movies as the next person, but these “Fantastic Beasts” spin-offs have become a boring, inconsistent slog. There is no great story being told. No exciting visit to the Wizarding World to fill our imaginations. No return to beloved characters. “Secrets of Dumbledore” is the movie equivalent of beating a dead horse.

“Fantastic Beasts: The Secrets of Dumbledore” is now playing in theaters. Do not go see it. Do not waste your time, money or effort, even if you consider yourself the biggest Harry Potter fan on the planet.

In the new film, the evil wizard Grindelwald is running for political office using corruption and magical trickery. Good wizard Dumbledore — who doesn’t actually have any secrets revealed — puts together a team of wizard heroes to stop Grindelwald. A magical horse creature that decides wizard elections is also involved.

“Secrets of Dumbledore” is a bad movie and a bad addition to the Wizarding World franchise. It is a poorly written, poorly plotted series of largely disconnected events in the guise of telling an actual story.

This is the middle picture in a five movie franchise where it’s clear nobody is in control and steering the ship.

“Secrets of Dumbledore” is just killing time with no clear goal in mind, hoping that the overall Harry Potter franchise is all it takes to get fans to hand over their money.

None of the characters have any growth or arcs. None of the new additions to the Wizarding World fit with what we already know. This new film even goes out of its way on several occasions to nix or fully reverse story choices from the previous film. Who knows what this movie wants.

Do us all a favor and do not go see “Fantastic Beasts: The Secrets of Dumbledore.”

Instead, may I suggest the far more exciting and far more interesting “Everything Everywhere All At Once,” which is still playing at the Capitol Cinema in Rome, the Marque Cinema in New Hartford, and Movieplex Cinema in Oneida.

This zany, inventive and very touching sci-fi movie is everything the Harry Potter franchise wishes it could be.

“Everything Everywhere” is one of those small, indie films that never gets mainstream attention, so you’ve probably never heard of it.

But I implore you, dear reader of this Daily Sentinel movie review column, if you want to spend your time and money on a legitimately good, wildly creative, and ultimately heartwarming movie, track down “Everything Everywhere All At Once” before it disappears from local theaters.