As the city of Utica continues to receive extensive revitalization efforts, funding for another major project has been secured — this time, with the help of a powerful Washington D.C. ally. … 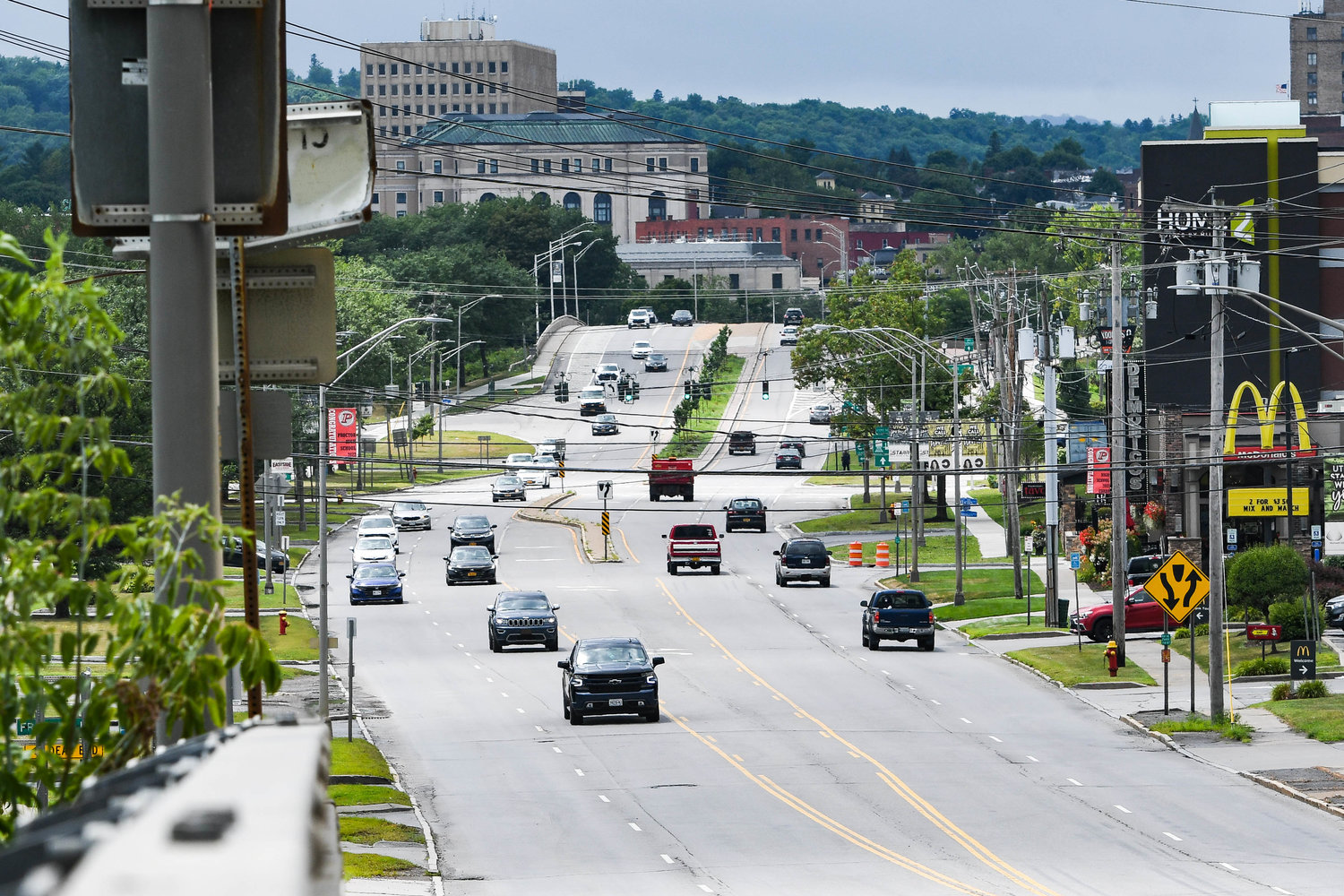 The bridges along North Genesee Street heading toward downtown Utica are expected to be the focus of an $18.2 million grant secured by Senate Majority Leader Chuck Schumer as part of the Rebuilding American Infrastructure with Sustainability and Equity (RAISE) grant program.
(Sentinel photo by Alex Cooper)
Posted Thursday, August 11, 2022 6:12 am
Thomas Caputo
Staff writer
email

UTICA  — As the city of Utica continues to receive extensive revitalization efforts, funding for another major project has been secured — this time, with the help of a powerful Washington D.C. ally.

Funding from the RAISE grant was allocated from the Bipartisan Infrastructure Law that was passed and signed into law back in November 2021.

Schumer personally reached out to U.S. Department of Transportation Secretary Pete Buttigieg to advocate for Utica to receive funding from the RAISE grant for the North Genesee Street Gateway Bridge & Multi-Modal Connector Project. The project, Schumer says, will allow the New York State Department of Transportation to improve the city’s gateway to the downtown area by implementing the following:

“From the hotels and restaurants along North Genesee Street to downtown’s new hospital, the Nexus Center, Adirondack Bank Center and new restaurants and apartments popping up, it’s an exciting time for the city of Utica,” Schumer said. “This project, and its $18 million, is the chicken riggie sauce that will serve up a recipe for success in the local economy and propel Utica’s Master Plan initiative.”

The project is anticipated to accommodate increasing tourism, as well as improving traffic conditions and safety concerns. Officials say the project can potentially reduce the number of crashes by approximately 34%.

“This substantial funding means safer bridges, good-paying construction jobs, better bussing, bike lanes, access to outdoor recreation and a seamless connection between North Genesee Street and downtown,” the Senate Majority Leader added. “When I negotiated the Bipartisan Infrastructure & Jobs bill into law, it was projects like this that were at the top of my mind. Utica’s downtown is experiencing a transformation and this funding will ensure its transportation infrastructure will meet the new demand.”

As more revitalization projects throughout the city continue to be announced, Utica Mayor Robert Palmieri has been stressing the importance of walkability and making Utica more pedestrian-friendly.

“With the advent of transformational development, accessibility and walkability are vital in continuing the revitalization of downtown, Bagg’s Square and the North Genesee Street corridor,” Palmieri said. “This project is a perfect marriage to the city’s recent announcement to expand parking and improve walkability.”

“Between the Auditorium, Nexus Center and Harbor, the city’s mission, in coordination with its partners, is to create a destination which will attract people from all over the region, state and country,” the mayor added. “This project will provide the updated and enhanced transportation infrastructure to meet this need.”

According to the New York State Department of Transportation, the project is currently in the preliminary design phase. The department declined to discuss costs or construction schedules.