On the heels of a historic $100 billion investment by Micron in the Syracuse suburb of Clay, U.S. Sen. Charles E. “Chuck” Schumer is doubling down and launching a new push. 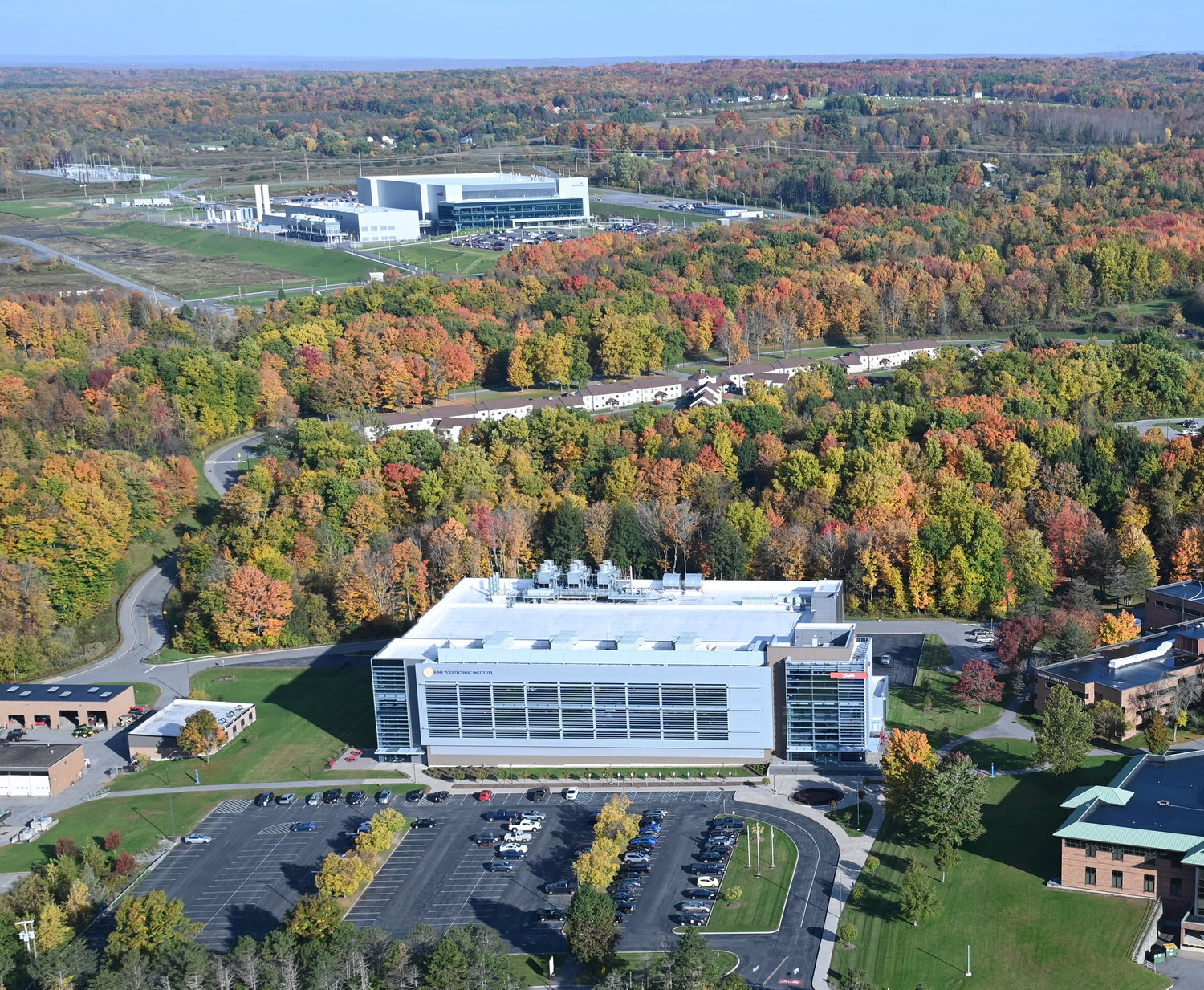 U.S. Sen. Charles E. Schumer was in Marcy on Thursday as part of his effort to push for an additional microchip manufacturer to locate in the Mohawk Valley. Shown in this aerial photo is the Danfoss fabrication plant in the foreground and the Wolfspeed Fab site in the background.
(Sentinel photo by John Clifford) 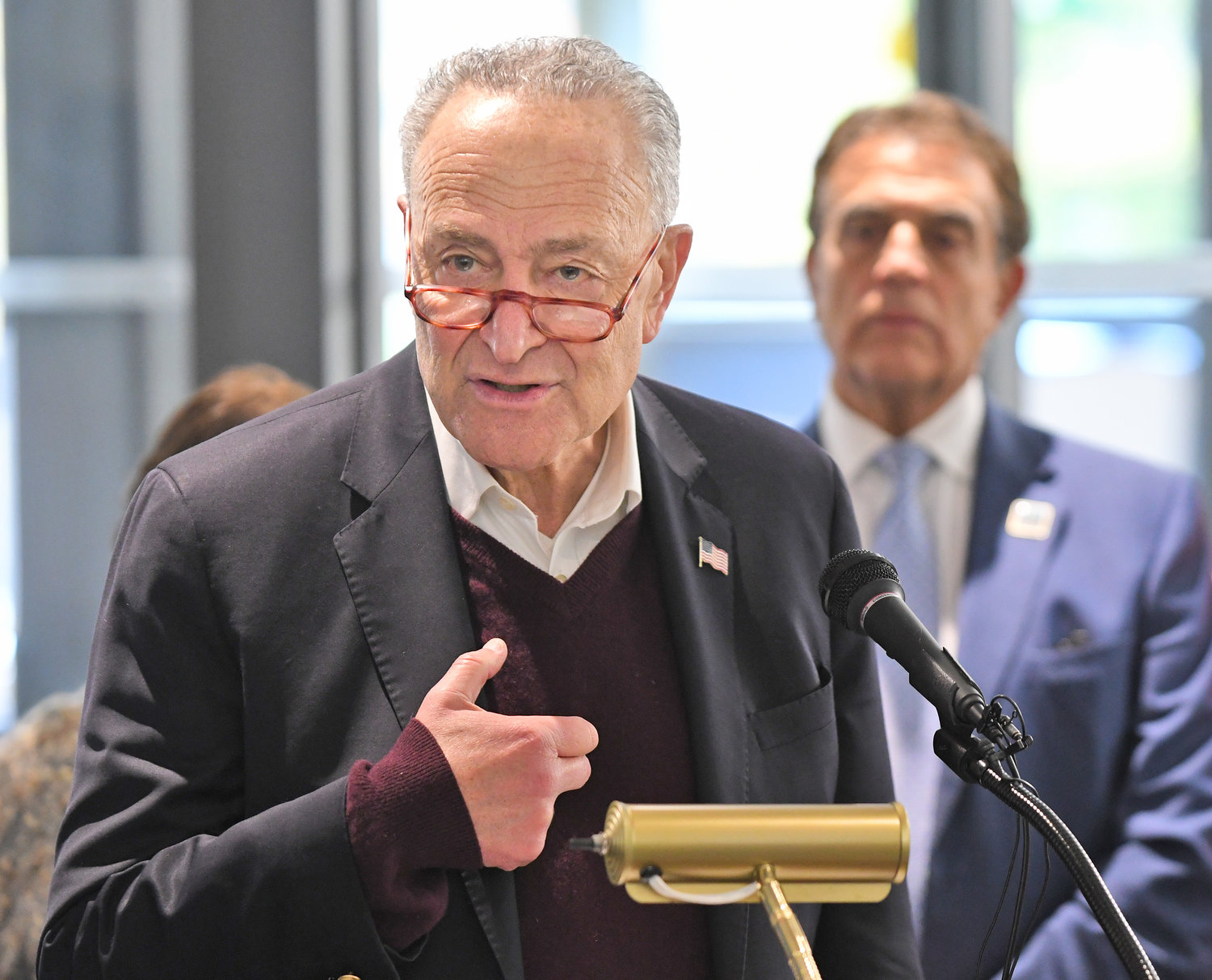 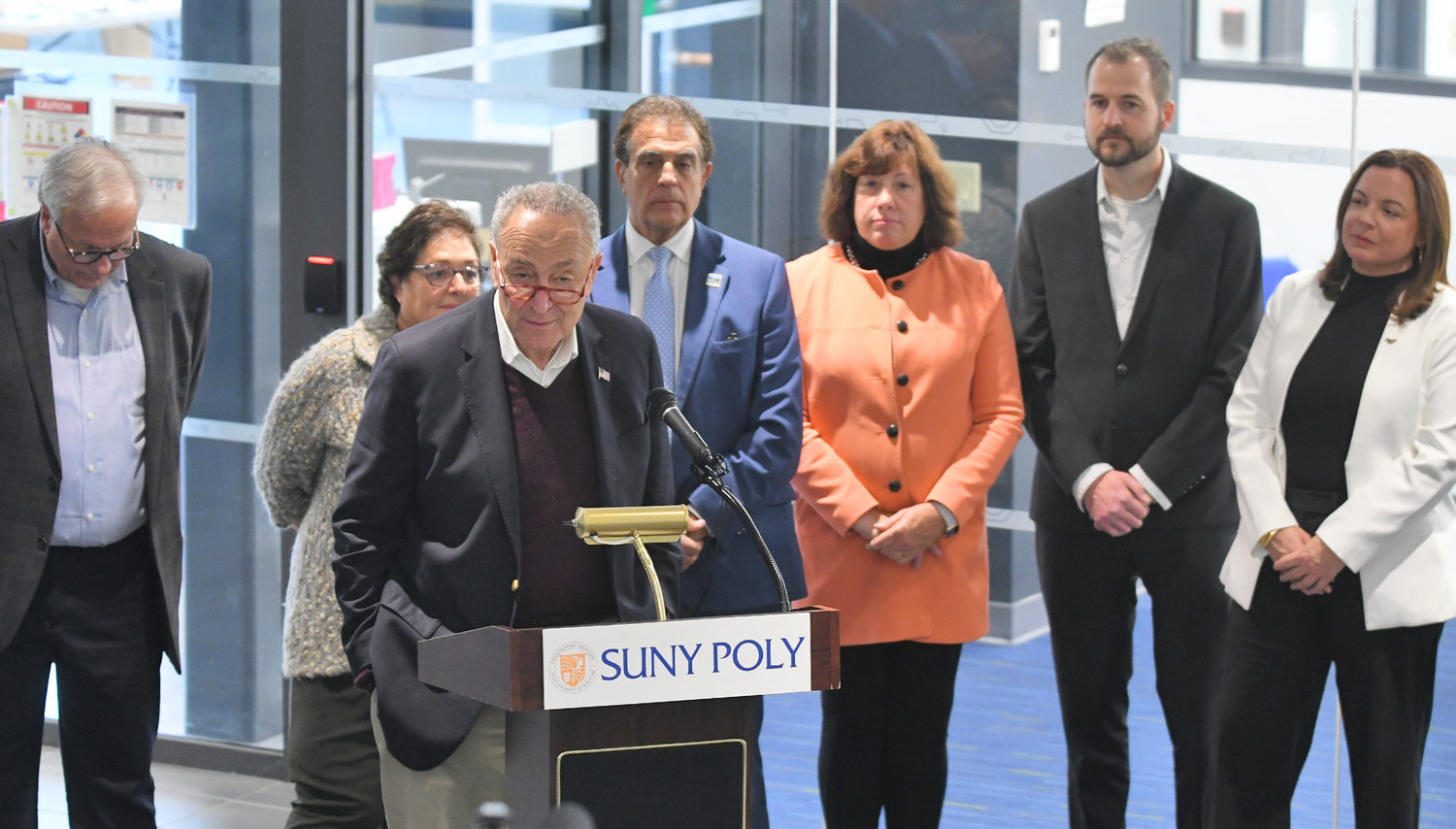 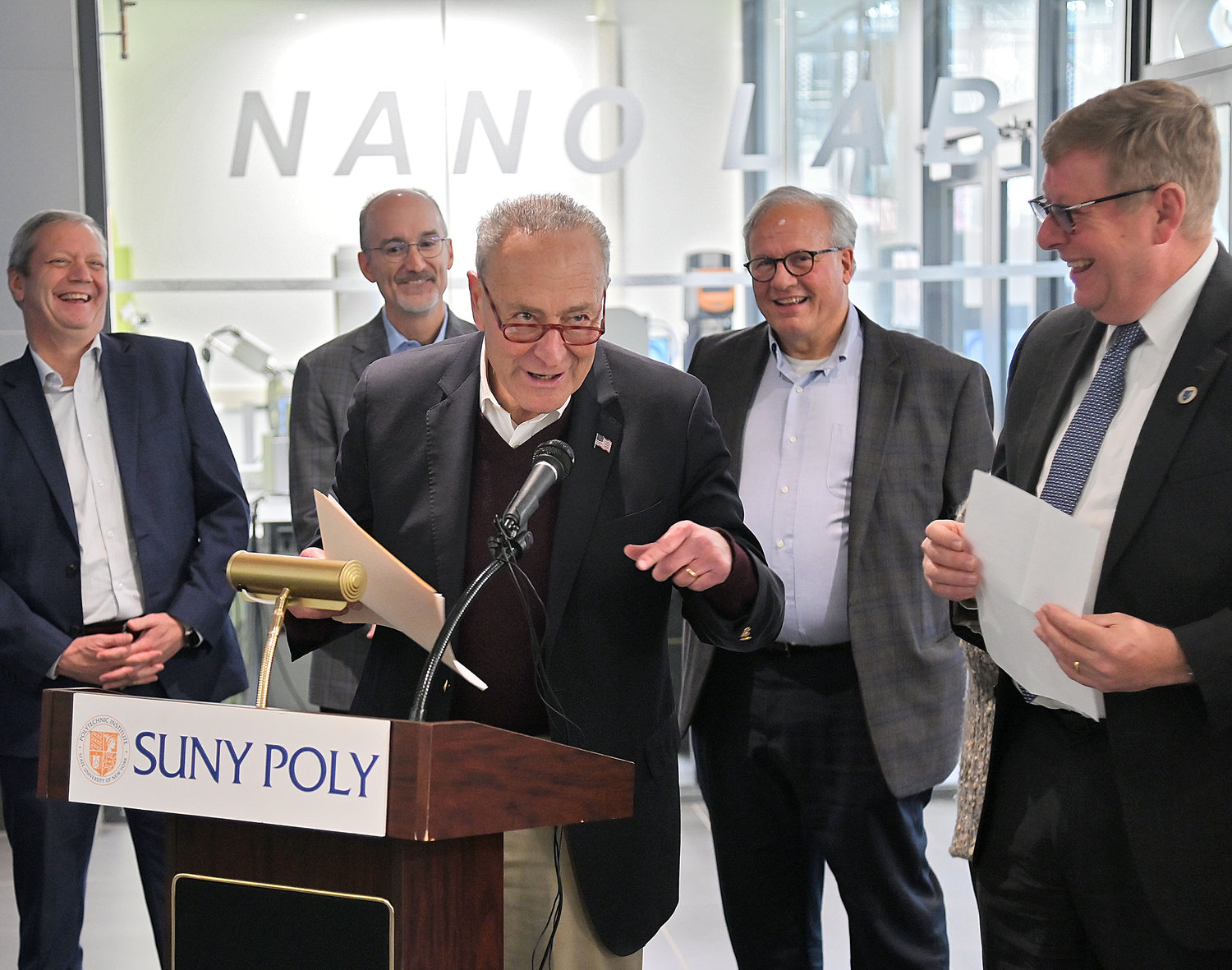 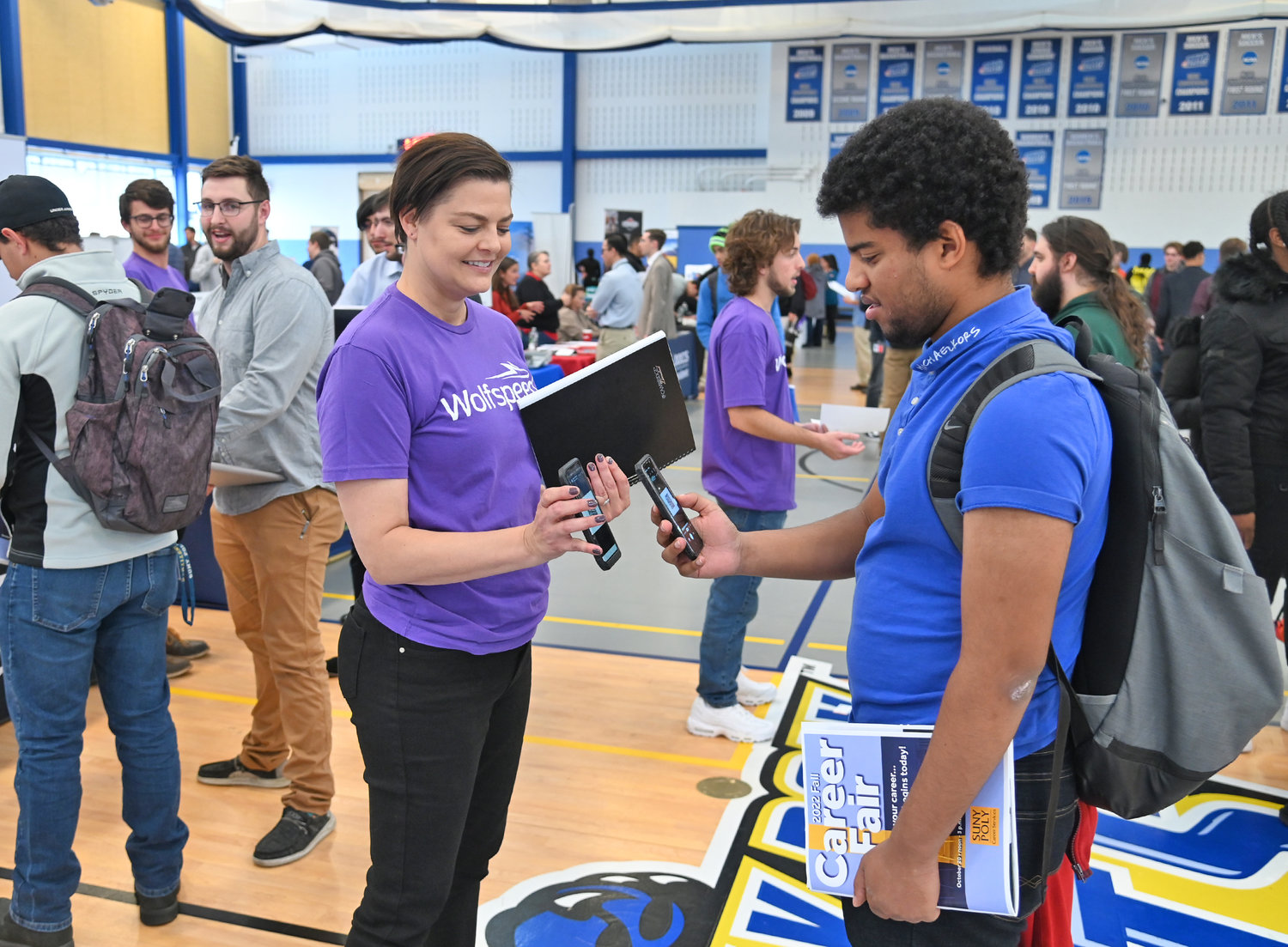 MARCY — On the heels of a historic $100 billion investment by Micron in the Syracuse suburb of Clay, U.S. Sen. Charles E. “Chuck” Schumer is doubling down and launching a new push to bring the future to the Mohawk Valley.

“This is a new day for the Mohawk Valley and Upstate New York,” Schumer said at a press conference on Thursday at SUNY Poly’s Center for Global Advanced Manufacturing. “This region is on the precipice of a profound transformation with Micron on its way. It’s the largest private investment in not just New York, but in America.”

Micron’s investment adds to the more than 75 other semiconductor companies in the state that employ over 34,000 New Yorkers, including industry leaders like GlobalFoundries, onsemi, IBM, and Marcy’s own Wolfspeed, according to Schumer.

Wolfspeed’s Mohawk Valley Fab is the first, largest, and only 200mm Silicon Carbide fabrication facility in the world.

Micron’s investment is estimated to create 50,000 new jobs in the area and was made possible through Schumer’s bipartisan CHIPS and Science Act that was passed earlier this year.

Schumer said he wrote the CHIPS Act with Upstate New York in mind, and he hopes to capture lightning in a bottle by securing another semiconductor manufacturer in Marcy.

“After the CHIPS and Science Act, multiple semiconductor companies are showing interest in locating in Marcy because it is the most shovel-ready site in the region,” Schumer said.

There are four reasons why a company would want to move to Marcy, the senator said: cheap water, cheap power, ready sites, and “... the majority leader is ready to roll,” Schumer said with a laugh.

“And that matters because all these companies are going to need grants and help from the federal government,” the senator continued. “And I’ve pledged to help every company that locates in New York.”

Schumer, New York State, and local officials are already in talks with multiple semiconductor companies interested in the Marcy Nanocenter.

“When Micron located here, it sent a message to the chib fab industry. And now they’re all going to come back to the United States to develop semiconductor chips, which are vital to everything we do,” Schumer said. “It’s in your cars, it’s in your appliances, it’s in your phones. These chips are vital. And while we invented and perfected them, they went overseas to countries like China and Taiwan. And that’s a national security risk and an economic risk.”

“New York will be the place in the world where research on new, cutting-edge chips is done,” he said. “I’ve written into the CHIPS Act that we’ll have one NSTC, and I’m pushing hard for that.”

“We’re on the edge of something great and new,” the senator said. “This is the 21st-century Erie Canal. You can feel the electricity and excitement in the air; that this region will have a future that is better than its past. But we’re not done yet. We’re just starting.”