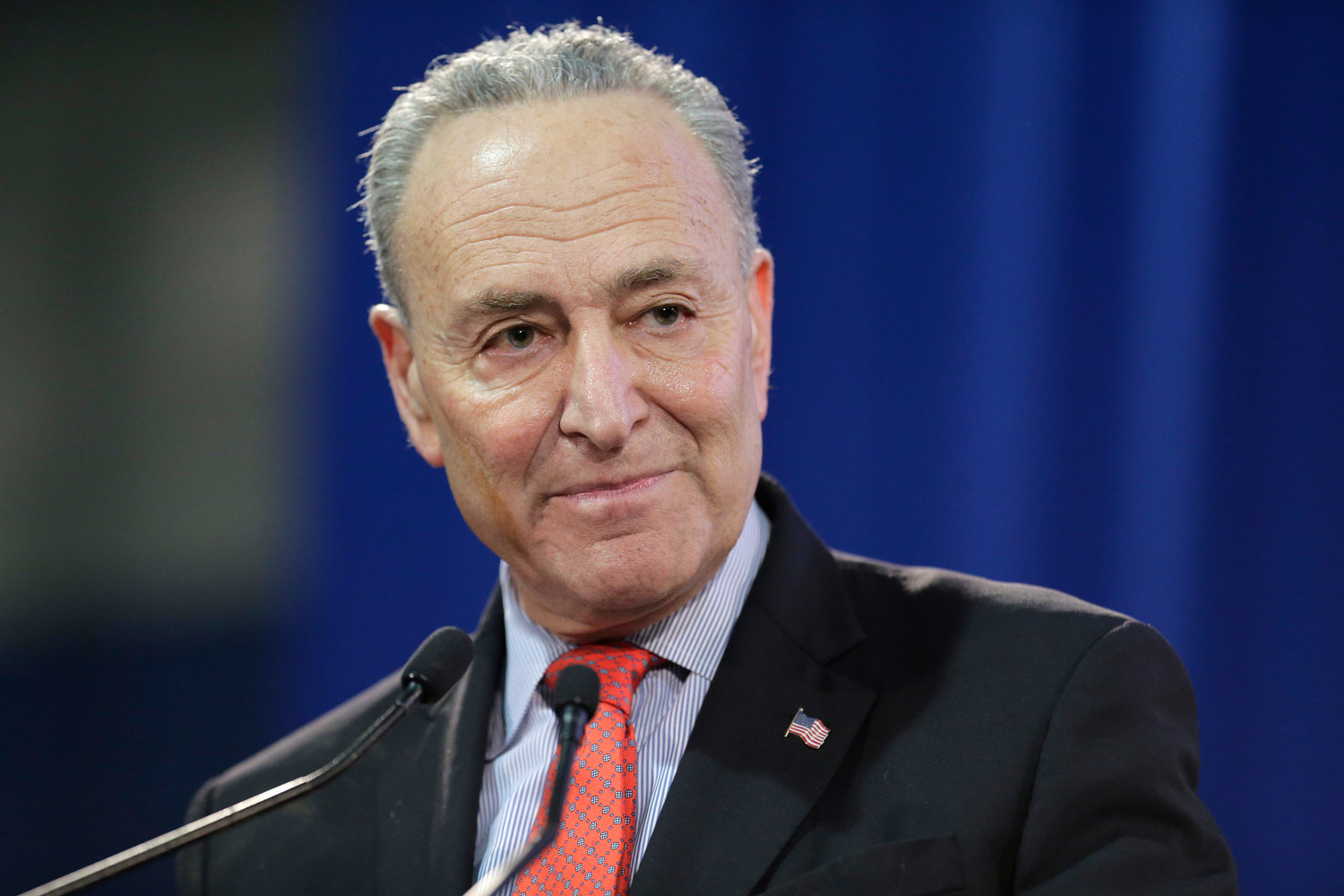 WASHINGTON, D.C. — New York stands to get some $54 billion from the COVID relief package agreed to by congressional negotiators, including rent relief, small business help and direct assistance of $600 per person or $1,200 per couple, U.S. Sen. Charles E. Schumer, D-NY, announced.

The package does not include direct aid to state and local governments but sends federal funds to them in indirect ways through various programs. The relief bill was coupled at the last minute to regular federal spending-authorization legislation.

Schumer, leader of the Democratic minority in the Senate, briefed upstate media organizations on the package late Monday—as the deal was headed toward approval in both houses of the legislature. He said he considers it a start and will seek more assistance after the presidential inauguration Jan. 20. Democrats’ winning a majority through taking both Senate seats in Georgia run-off elections in January would help but is not critical, Schumer said.

He added he would have preferred $1,200 per individual in direct stimulus aid but that’s all that Senate Majority Leader Mitch McConnell, R-Kentucky, would agree to.

It can be claimed by couples if one member is a U.S. citizen or has a valid non-citizen work authorization, or “green card,” Schumer said.

Highlights for New York include:

Eviction relief: $1.3 billion in emergency rental assistance funding administered by local governments, coupled with an extension of the federal eviction moratorium to Jan. 31. Renters should contact their local government for assistance, Schumer said.

Disaster aid: Schumer said he negotiated an increase in disaster relief just for COVID-19 so that New York will get an estimated $1 billion through the Federal Emergency Management Administration.

Transportation: $200 million for county bus services and other upstate transit needs, $426 million to the state Department of Transportation to cover
declining revenues and for construction jobs, and $105.5 million for upstate airports.

Unemployment: The package reinstates enhanced unemployment assistance in the form of an added $300 a week on top of other unemployment benefits and extends the Pandemic Unemployment Assistance Programs to help the self-employed, freelance and gig workers and part-time workers, while extending the number of weeks benefits can be claimed from 39 to 50 weeks. It adds 24 weeks for those who have exhausted their state benefits.

Shared work: The package also fully funds the Shared Work program, which lets employers keep people on payrolls. It also extends a federally funded provision that lets those who have both traditional employee income and get a W-2 form with independently earned income to take part in pandemic relief.

Business and non-profits aid: $20 billion is included for New York in the Paycheck Protection Program for a second round of loans to small businesses and non-profit organizations; the loans may be forgiven and become grants if the employer keeps workers. The new round expands amounts and eligible uses for restaurants and hotels, and eligibility is added for local newspapers and broadcast stations to keep employees on payrolls, Schumer said.

Airlines: Airlines stand to share in $15 billion in a renewed program supporting their payrolls through March 31.

Debt relief: Debt relief is to be expanded with $3.5 billion on certain small-business lending programs, namely the 7(a), 504 and microloan programs. The bill also extends and expands the refundable Employee Retention Tax Credit through July 1, 2021.

Broadband: Included is $7 million for free or low-coast service to low-income families or those recently laid off or furloughed.

Nutrition and agriculture: The package includes a 15% increase in SNAP benefits through June 30, a waiver of college student work requirements, and $5 million to help retailers conduct the service online. For farms, $400 million is set aside toward acquiring dairy products for donation; $325 million is included for specialty crops’ marketing, research and loss coverage; $100 million is for the local market program, and $28 million is authorized as block grants for farmer mental health.

Arts: New York stands to share in $15 billion allocated nationally for Broadway and other performing arts and cultural institutions. Among them are regional theaters upstate, Schumer said.

A goal for later aid will be helping state and local governments more directly and for certain employers, Schumer said.

Schumer credited a bill passed by the House that would have spent more but it was blocked by McConnell, Schumer said.

Rep. Anthony J. Brindisi, D-22, Utica, issued a statement, praising the package even if it was not as much as he and many other House members sought.

“I support this legislation to help make sure our small businesses can stay afloat, families can put food on the table, and our health care workers have the resources they need to keep us safe,” Brindisi said in a statement Monday. “However, our state and local governments cannot be left to handle this crisis alone. Without state and local aid, we will see budget cuts in our schools, police departments, hospitals, and more. I am committed to working with members of both parties to secure the additional local funding we need and prevent those cuts. We don’t have time to waste.”

Gov. Andrew Cuomo said the National Governors Association, which he chairs and whose majority are Republicans, wrote to McConnell asking for $500 billion in aid for state and local governments. New York faces a $15 billion deficit and may have to lay off employees and dramatically increase taxes, Cuomo said at his COVID briefing earlier Monday.

“It is puzzling and perplexing that Congress would rather give people money now just to see it taken right back when higher-than-normal tax bills come in the mail. We should be trying to help as many people as we can during the pandemic and into the future – not setting them up for failure down the road. Unfortunately, this plan, without government-to-government assistance, does just that.”