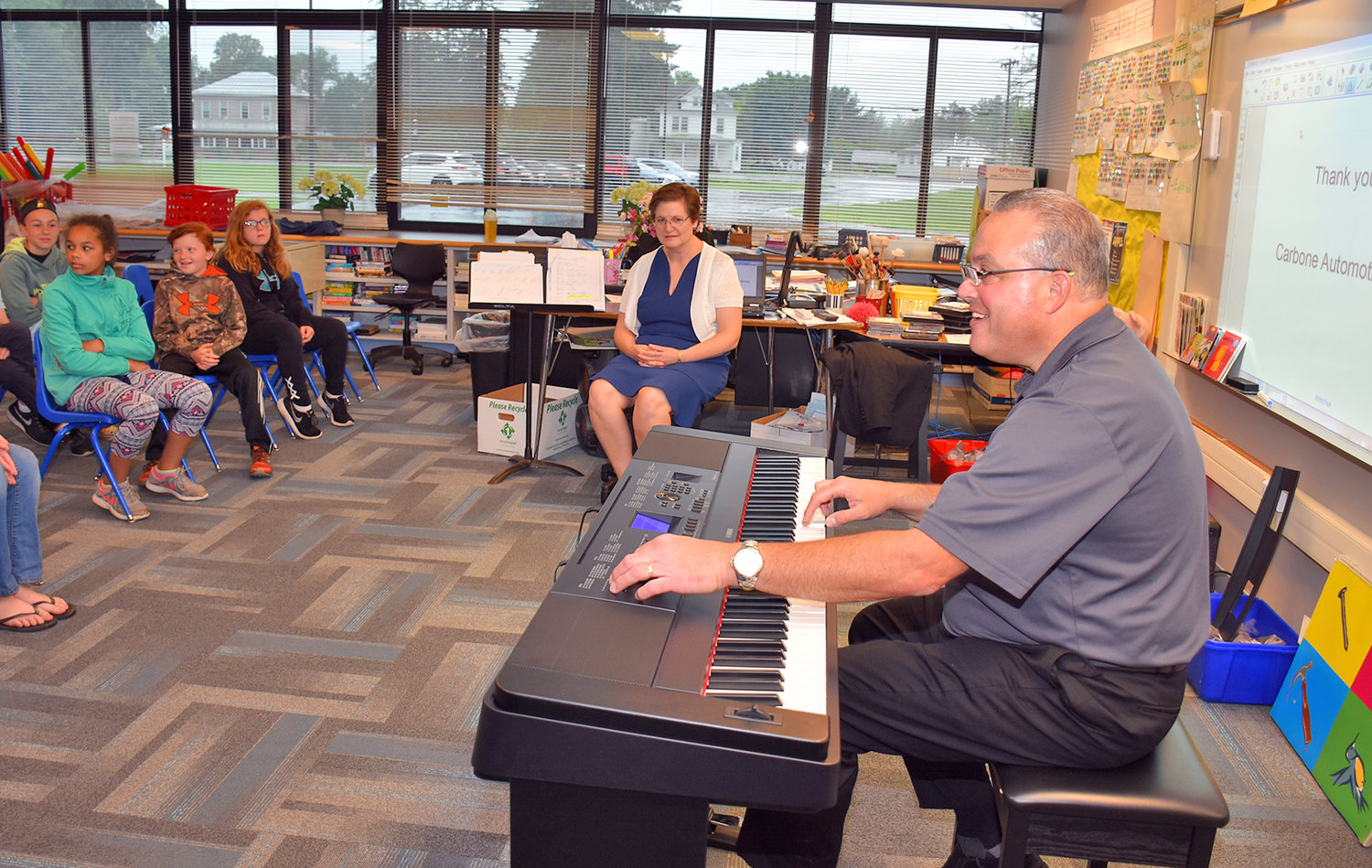 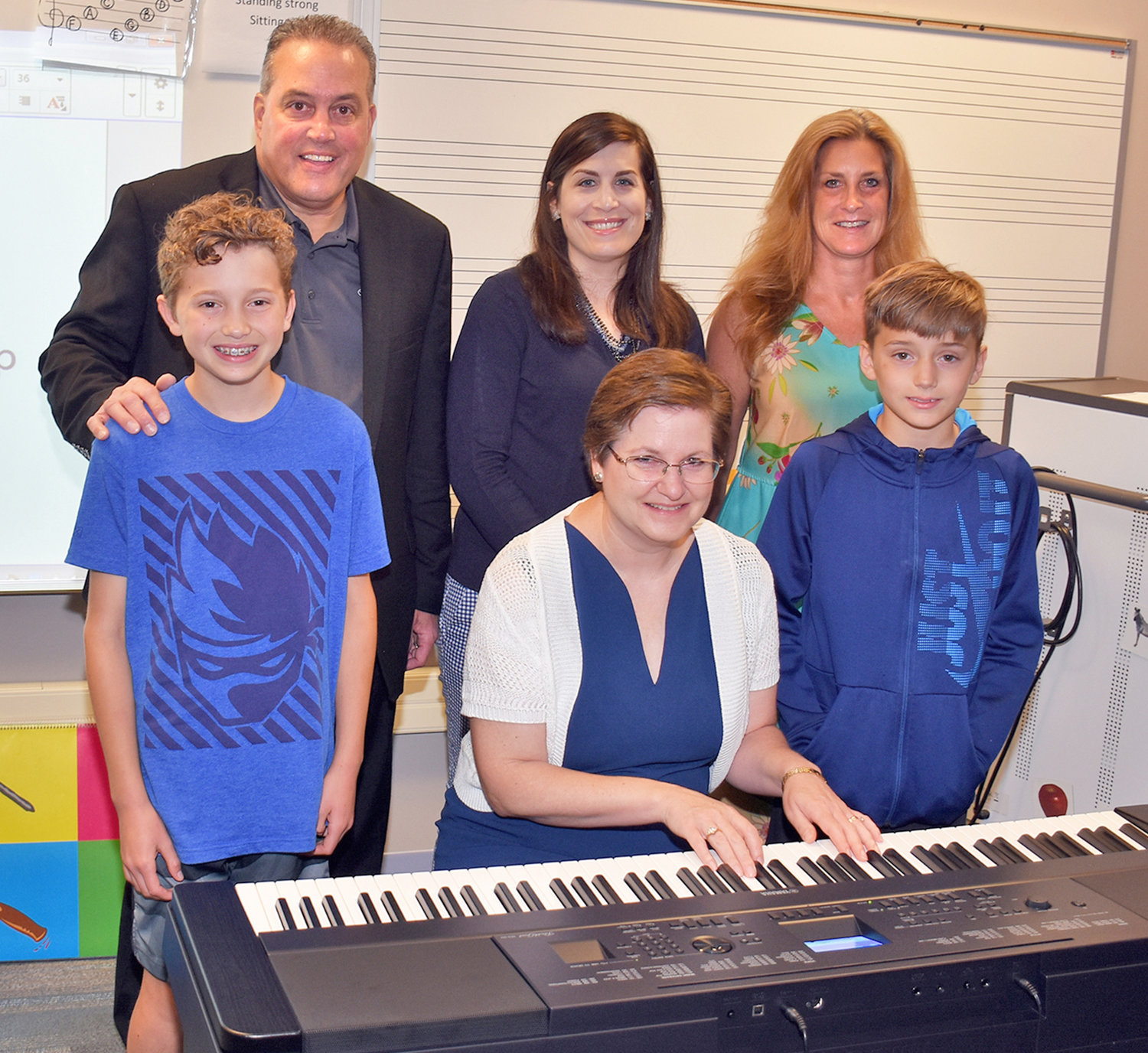 ELECTRIC PIANO DONATION — Shown with an electric piano that was donated to Joy Elementary School, in back at left: Rick Zuccaro, who made the donation and is an area musician and general manager at Carbone Subaru of Utica; school district Director of Fine Arts and Engineering Andrea Falvo; Joy school Principal Andrea Lacey. In front, from left: Joseph (Joey) Fiorini, sixth-grader; Joy school music teacher Diane Vicik; Anthony (AJ) Fiorini, fourth-grader. The Fiorinis are the grandsons of Dave Fiorini of the Carbone Auto Group, who also was instrumental in getting the piano donated.
(Photo courtesy Jill Pekarski/Rome City School District) 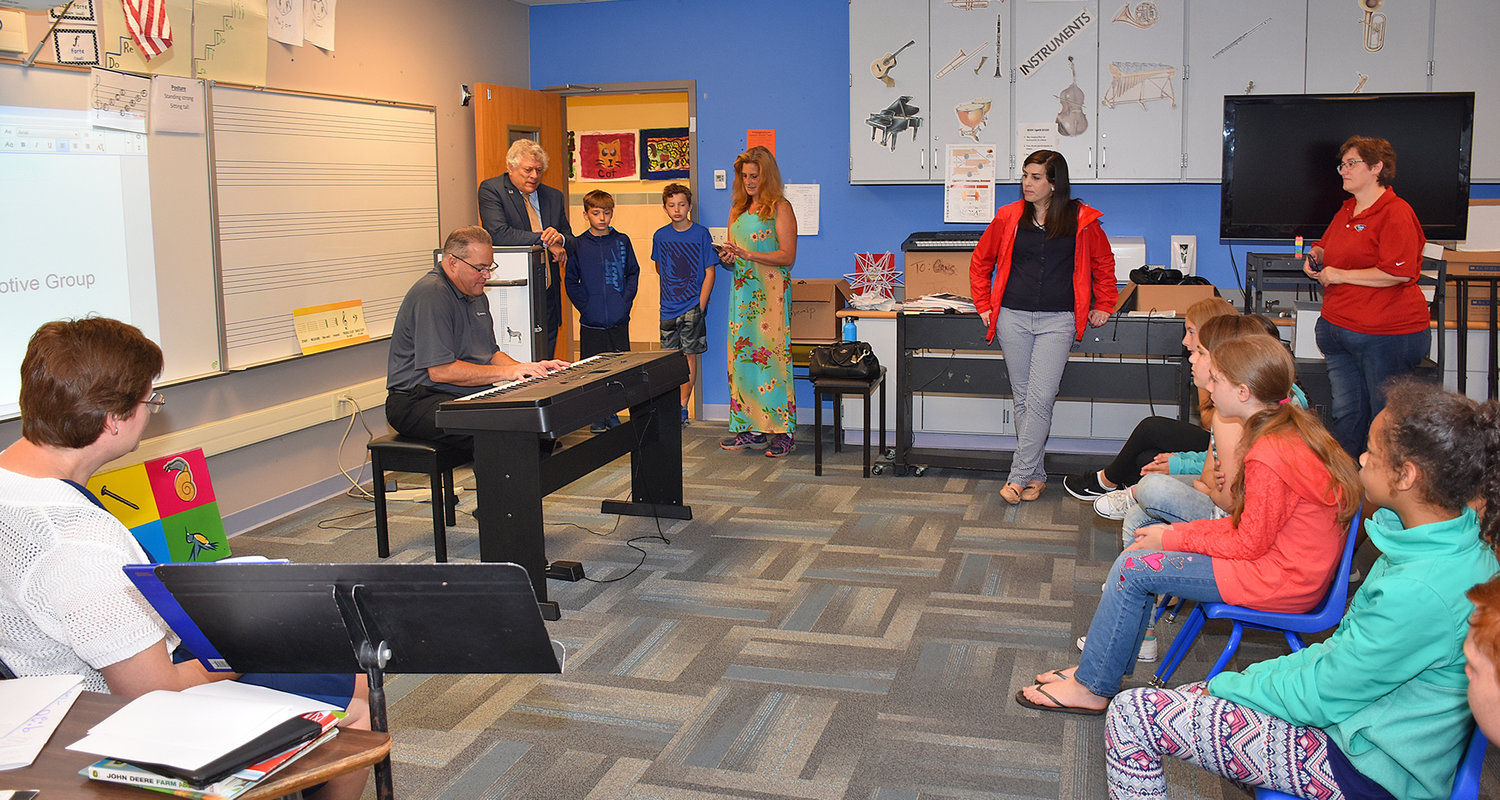 Zuccaro stayed for teacher Diane Vicik’s music class and demonstrated the keyboard’s capabilities, said the district, adding that Dave Fiorini from the Carbone Auto Group also was instrumental in getting the piano donated.

Zuccaro performs in a Billy Joel tribute band around the area, and at each show the audience is invited to nominate schools to receive a keyboard. Schools are selected randomly from the nominations, according to the district. He has donated about 20 keyboards to area schools.

School district Director of Fine Arts and Engineering Andrea Falvo expressed thanks to Zuccaro, Fiorini and the Carbone Auto Group “for their generous contribution to the music program.”

The district noted that its music department is still accepting donations via the Rome Community Foundation for its musical instrument drive. For more information, visit romecsd.org/news_page/music_department_instrument_fund online.