The Savannah Bananas are coming to Central New York. 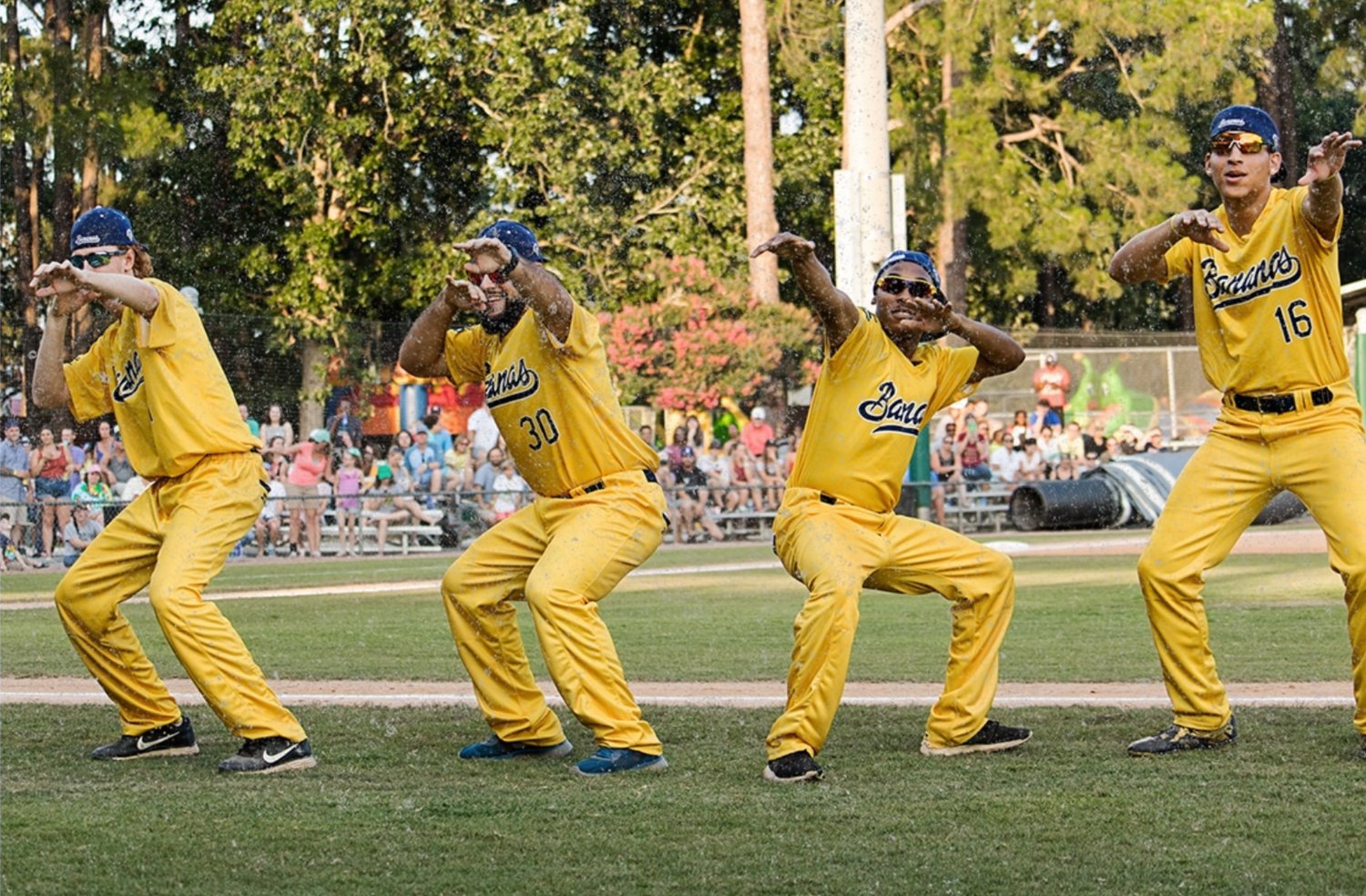 Members of the Savannah Bananas baseball team strike a pose as they dance during a recent game. In addition to accomplished baseball players, the team is also known for a variety of dance moves and attention-grabbing performances.
(Photo courtesy of Savannah Bananas)
Posted Wednesday, October 5, 2022 8:04 pm
More information

Tickets for the Bananas’ appearances in Syracuse and Cooperstown are not yet available for purchase.

The Savannah Bananas are coming to Central New York.

The Bananas, known for their unique style of baseball known as Banana Ball that started in 2020, are set to conclude a 2023 “world tour” with stops at Syracuse’s NBT Bank Stadium on Sept. 14, 2023, and in Cooperstown — the home of the National Baseball Hall of Fame and Doubleday Field — on Sept. 16, 2023.

“We are honored and thrilled to finish our 2023 World Tour in Cooperstown and partner with the Hall of Fame,” Bananas team owner Jesse Cole said in a release. “Doubleday Field is sacred ground when it comes to our National Pastime. For us to be celebrated by the Hall of Fame and to bring Banana Ball, our newest version of baseball, to this park is beyond special.”

The Bananas describe their style as a “World Famous Baseball Circus.” The team plays an unconventional style of baseball with a focus on creating fun.

Think: Harlem Globetrotters, but on a baseball diamond.

The team has modified rules to their Banana Ball brand of baseball, including: a two-hour time limit, batters are not allowed to step out of the box, no bunting, no mound visits, walks are sprints, batters can steal first base, and if a fan catches a foul ball, it’s an out.

The Bananas have gone viral for many of their antics — players dancing before a pitch is thrown has been popular — and have gained thousands of followers on social media. The team has been featured in numerous articles and television programs. The team was featured this past summer on their own ESPN+ documentary series called “Bananaland.”

The team has sold out every game at their home Grayson Stadium in Savannah, Ga., for six consecutive years. The team played last season in Alabama, Florida and Kansas City, Kansas, before deciding to travel to show off the game.

The Bananas are set to take on their rival known as the Party Animals in the games in Syracuse and Cooperstown.

The Bananas and Party Animals rosters are expected to be filled by independent professional players who have been scouted, tried out, and signed contracts for the tour.