General Electric will investigate the lower Hudson River portion of the PCBs Superfund site to determine next steps for addressing contamination, under the terms of a legal agreement. 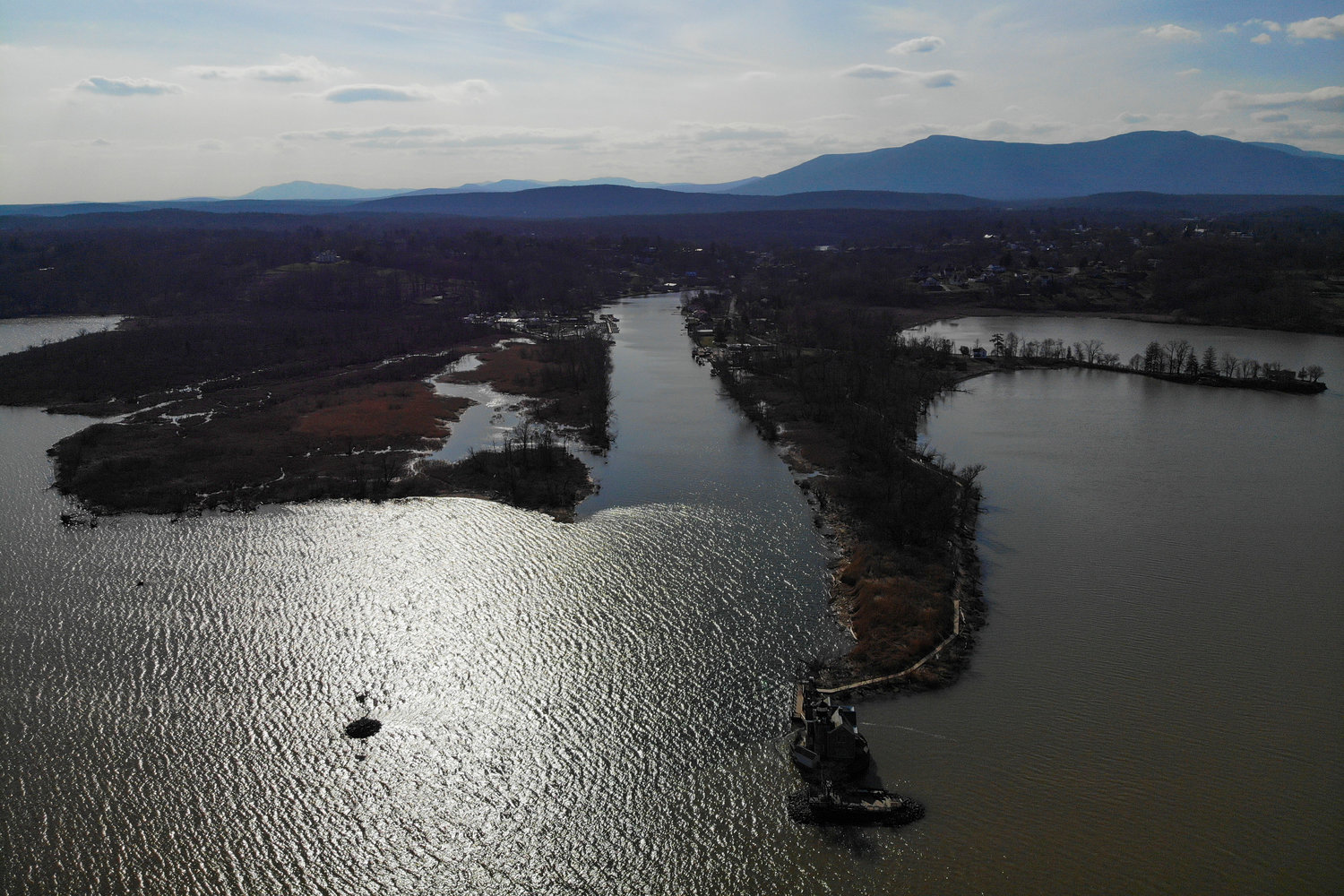 The Esopus Creek, center, empties out into the Hudson River in Saugerties in this file photo. General Electric will test some collections in the lower Hudson River to determine next steps for addressing PCB contamination.
(AP file photo)
Posted Friday, September 16, 2022 10:30 pm

ALBANY — General Electric will investigate the lower Hudson River portion of the PCBs Superfund site to determine next steps for addressing contamination, under the terms of a legal agreement announced on Tuesday by the Environmental Protection Agency.

GE will develop a plan for extensive water, sediment and fish sampling between the Troy Dam and the mouth of New York Harbor.

The purpose is to look for PCBs, known as polychlorinated biphenyls, and other contaminants as well, according to a news release.

The new data is needed to determine the best path forward for further steps, even in advance of a formal set of studies that would be required for a formal plan for cleanup. Data collection will begin in early 2023.

“The sampling that GE is conducting will allow us to better understand and evaluate the conditions and potential contamination in the lower Hudson River environment,” said EPA Regional Administrator Lisa Garcia in a news release. “The information will help us determine whether and how to prioritize investigations in each portion of the lower Hudson and how to best address contamination.”

GE had dumped PCBs, a potential cancer-causing chemical, into the river from the 1940s to the 1970s. After a seven-year legal battle, dredging of the 40-mile stretch of the upper Hudson River between Hudson Falls and Troy began in 2009 and was completed in 2015.

The company will sample multiple fish species, sediment and water. There will be three different sediment sampling programs — each done from a different range of depths of the river bottom.

GE will implement two of the three programs in 2023 and the third program, which will include collection of deeper sediment samples, will occur in 2024.

The agency is also investigating whether other parties may be liable for PCBs and other contamination in that area.

The EPA plans to keep the Community Advisory Group for the Hudson River PCBs Superfund site and the public informed about the data collection. CAG is meeting on Wednesday from 1 to 4 p.m. to discuss this issue further.

GE is reimbursing EPA for the costs incurred.

New York Department of Environmental Conservation Commissioner Basil Seggos said that this additional sampling in the lower Hudson River is a crucial step to address the contamination.

“This new data will supplement the extensive sampling efforts previously conducted by DEC, EPA, and GE to evaluate the health of one of New York’s most important waterbodies. New York State DEC looks forward to continuing to work with EPA to understand what further actions can be taken to address unacceptable levels of contamination that remain in the river,” he said in a news release.

GE spokesman Mark Behan said the company is voluntarily working with EPA to collect the data.

“This will enable more learning about environmental conditions and multiple sources of industrial and municipal contamination in the 150 miles of the Hudson south of Albany,” he said in a statement.

The company added that dredging the 40-mile upper Hudson River section removed the vast majority of PCBs and sharply reduced the flow of PCBs into the lower river. In addition, 99.8% of sediment samples taken from the upper Hudson River after dredging met EPA’s criteria — PCB levels dropped as much as 96% and PCB levels in samples representing all species of upper Hudson fish dropped 60%.