A small but passionate crowd gathered at the Adirondack Bank Center parking lot as Rudy Giuliani campaigned for his son’s gubernatorial election. 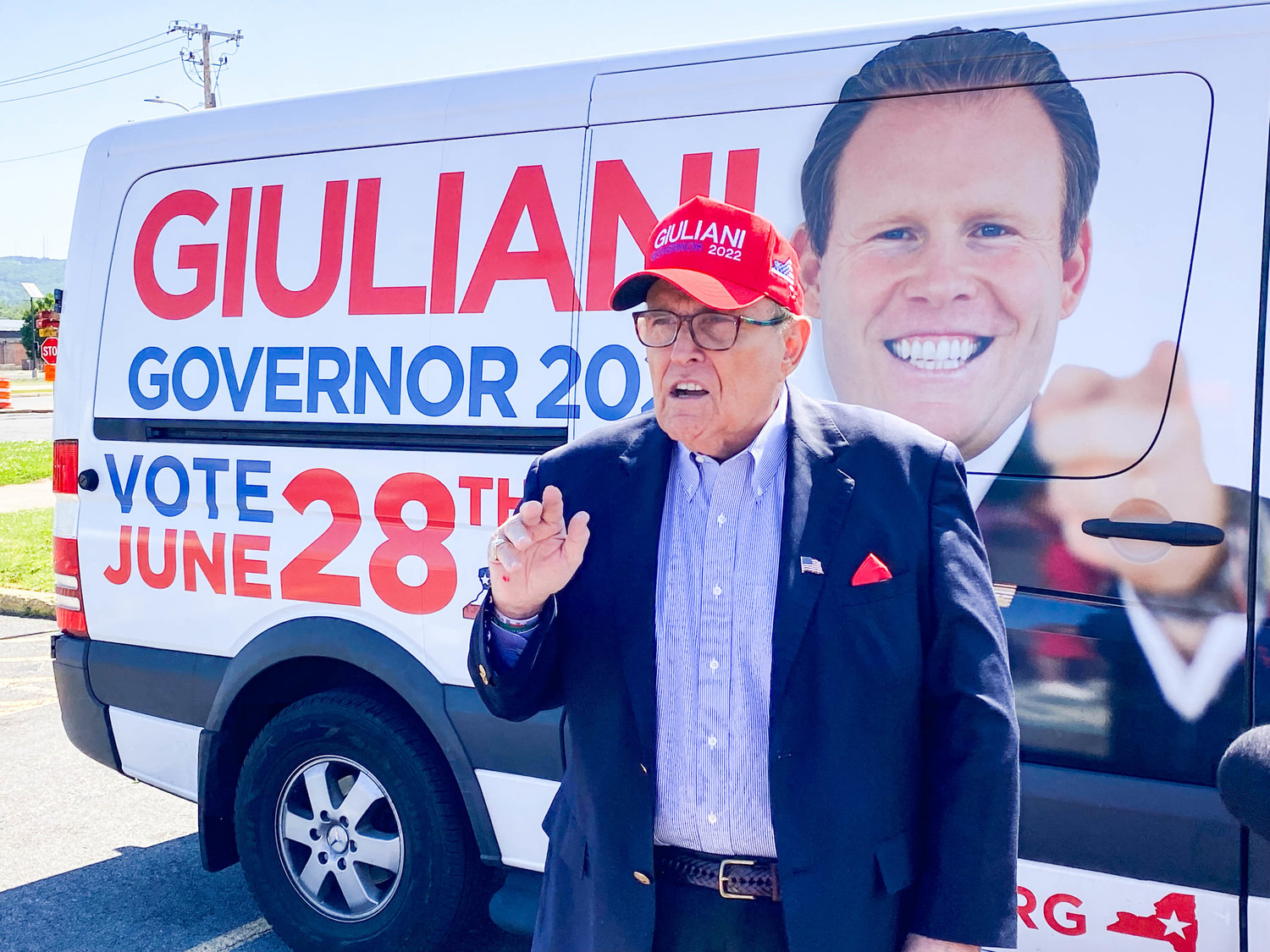 Rudy Giuliani speaks to a gathering at the parking lot of the Adirondack Bank Center on Monday during a brief stop in Utica for his son, Andrew Giuliani, in the latter’s campaign for governor of New York.
(Sentinel photo by Thomas Caputo) 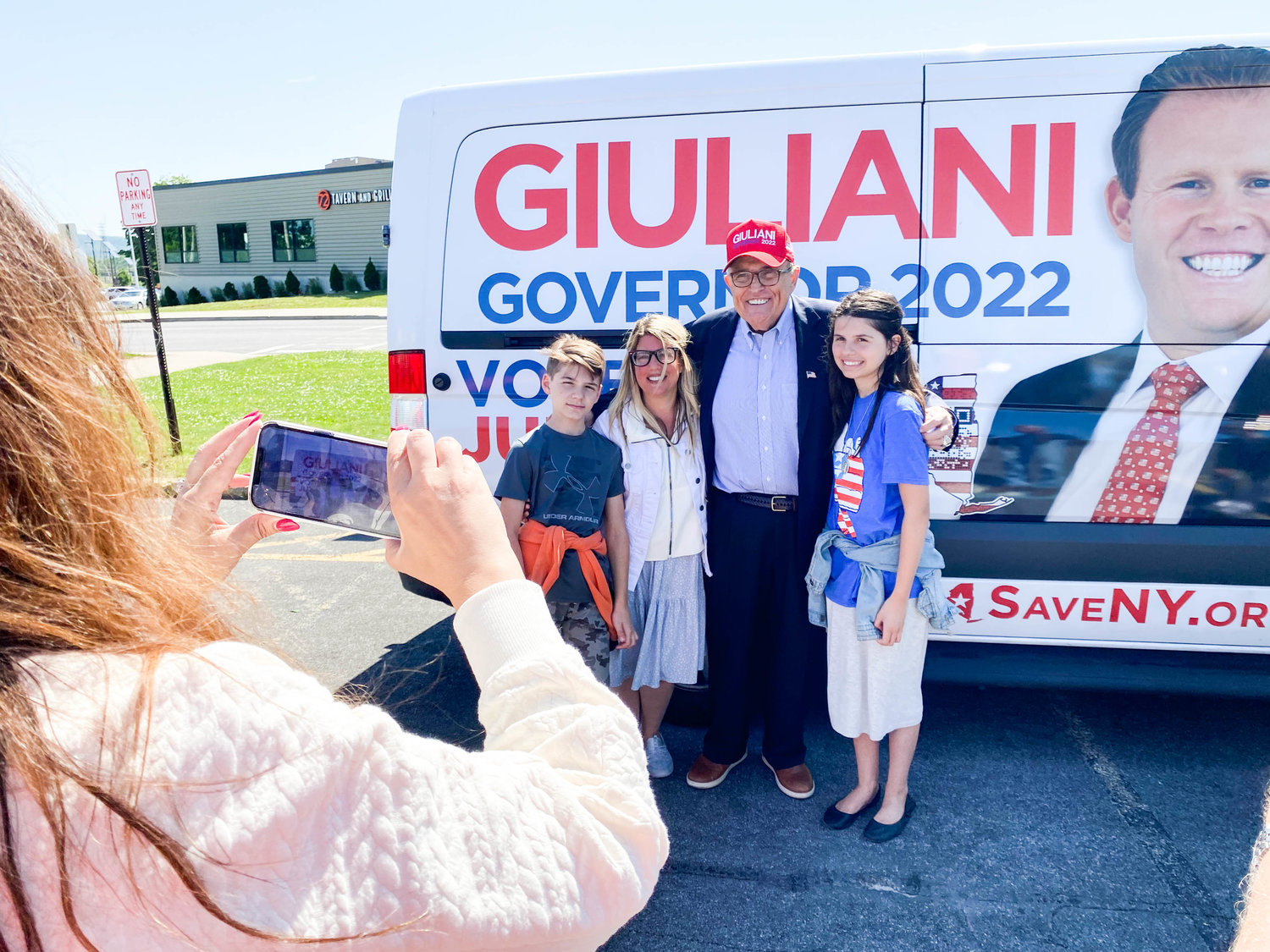 UTICA — A small but passionate crowd gathered at the Adirondack Bank Center parking lot as Rudy Giuliani campaigned for his son’s gubernatorial election.

Andrew Giuliani is one of four Republican candidates running for governor of New York. Rob Astorino, Harry Wilson and Lee Zeldin are also running in the Republican primary for a spot on November’s ballot.

Andrew Giuliani was not in attendance during the brief visit, but he will be stopping in Rochester for the next Republican gubernatorial debate scheduled for tonight.

Speaking to the crowd, Rudy Giuliani said he believes his son is the only candidate that can handle crime and the current issues surrounding inflation.

“He knows everything that I know, he is even more energetic, he’s smarter and you’ll see,” he added.

After speaking to the crowd, Giuliani shook hands and took pictures with some of the event attendees and shared conversations on their mutual political beliefs.

New York State’s early voting period is currently under way until June 26, with the primary election day on June 28.