ROUNDING THIRD: Rolling with the punches

A few years ago, the modest home I grew up in was consumed by fire and pretty much destroyed. It can be daunting to see how your youthful memories can disappear in a few short moments. ...

ROUNDING THIRD: Rolling with the punches 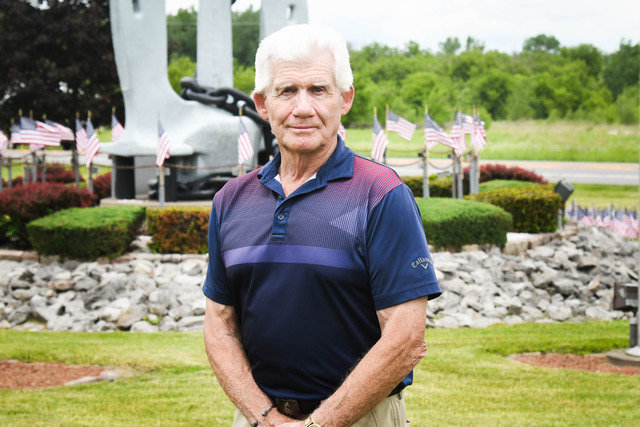 A few years ago, the modest home I grew up in was consumed by fire and pretty much destroyed. It can be daunting to see how your youthful memories can disappear in a few short moments.

I reflected on this for some time before I wrote this poem, because I had to come to grips with the realization of what had actually been lost.

Brick and mortar are not who we are. They just remind us sometimes of who we were. It’s a good thing to remember who you were and what you are now, not that one is necessarily better than the other.

But that transition is key to how you have grown and how you can be better prepared for the punches life throws at you. Some learn to roll with the punches and others don’t. How you react to those dire moments in life is who you really are.

The place of my youth was an eight unit, side-by-side structure for eight different families, familiarly called the brick block. ... Some of it still remains usable — but much isn’t. Our place is pretty much gone. Here’s how I dealt with that event.

The Brick Block is on Fire

“The Brick Block is on fire,” that’s what he said to me.

I answered, “That’s not possible, however can it be?”

He cried, “The roof is flammable, it’s burning from the top.

That place is full of memories. How do we make it stop?”

And so, the place where I grew up was burned from inside out,

And as the smoke clouds choked us, my mind was thick with doubt.

This was the place that molded me, where I became a man.

Where grandma died and pa decried all but his master plan.

That plan did teach me many things — the rules by which I live.

It taught me when to take away and when I had to give.

Pa’s teachings, like a Bible, were a guide for me to grow.

Born of poverty, borne of love, the seeds for me to sow.

And as the flames grew higher, o’er the carnage I could see,

“Twas not his teachings were destroyed — they would live on in me.

The home that disappeared that night was never meant to last.

The love that he’d passed on to me had long ago been cast.

I wiped the sweat from off my brow and turned to leave that place.

We did not lose our memories; relief was on my face.

Then firmly strode into that night; the lesson I had learned:

The greatest gift a parent gives is love that can’t be burned. JDF

• Always drive as if your family — or mine — was in the other car.

• Some people pick a place to live. Others pick the people they want to live with (that’s me!)

• You have the rest of your life to be miserable. So, smile today!

Tidbits from history: In medieval times. It was believed that seeing your own image — as in a pond— the reflection would disturb your spiritual self, and you’d have bad luck. Now you know why you shouldn’t break a mirror.

Apollo 13 launched from Houston at 13:13 Houston time and exploded on April 13th. Where were the triskaidekophobics (they fear the number 13) to warn them?

That’s all for this week, folks. Hope you have a great week. JDF