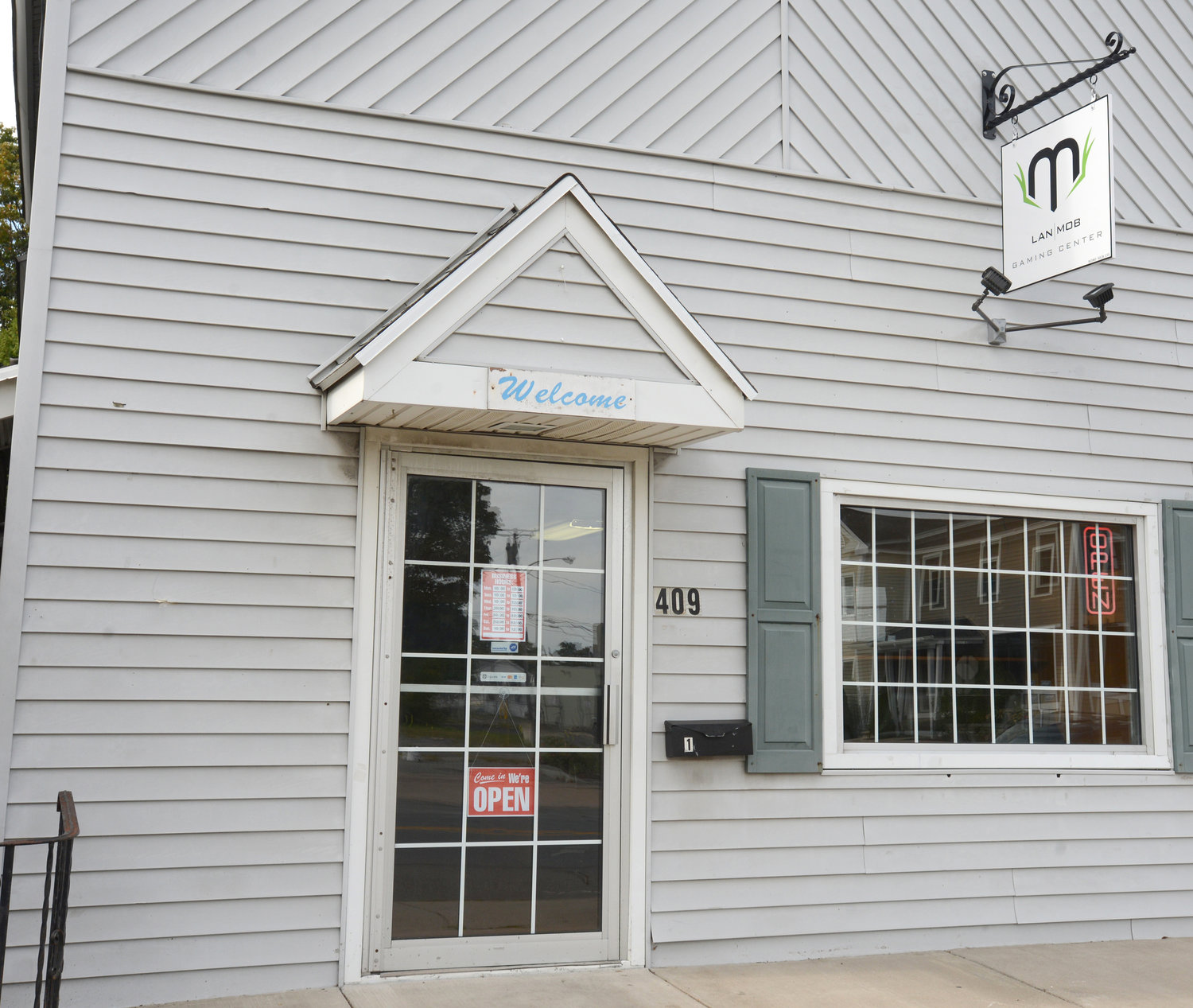 GOING OUT OF BUSINESS — The exterior of the Rome PC gaming business, the LAN Mob, is shown at its 409 N. James St., in this file photo. The shop was heavily impacted by the economic shutdown as a result of the COVID19 pandemic, says owner Aaron Wade.
(Sentinel file photo by John Clifford)
Posted Friday, March 5, 2021 11:00 am
Dave Gymburch
Staff writer
email

The LAN Mob game center, which featured pay-to-play video and computer gaming for four-and-a-half years and hosted some qualifiers for national tournaments, has permanently closed after shutting down last March due to COVID-19 and never reopening. The decision to fully close the business, which was at 409 N. James St., was made last month, said owner Aaron Wade.

“With the time that has passed and the uncertainty around COVID we felt it’s best to move on with our lives,” commented Wade, whose primary work has been as a local database engineer. He noted there were three staff members affected by the closing, and all have found other employment locally.

The Board of Education at last week’s meeting accepted a donation of 10 full gaming PC setups from LAN Mob for Rome Free Academy. They were donated to “help support Esports at the high school level,” said Wade.

Rome school district Superintendent Peter C. Blake said at the board meeting “we are glad to accept this donation of the gaming systems and setups so that we can begin an Esports program at the high school,” calling it “exciting stuff.”

When LAN Mob opened in September 2015, Wade had described it as an “arcade for the modern age” that was “sort of like bringing the living room into the store;” LAN stands for a local area network for computers. Among activities besides its regular ongoing gaming opportunities, some local gamers through qualifying events at LAN Mob won trips to Las Vegas for competitive tournaments in conjunction with sponsors who included makers of video games and gaming computers. Also, in January last year it hosted a Kops 4 Kids video-gaming event organized by the Rome Police Department.

However, on March 16 a year ago, LAN Mob closed “following state guidance on movie theaters, bars and restaurants” in the “early days of COVID-19,” said Wade. It “initially closed to follow the mandates on non-essential businesses.”

LAN Mob was “hoping to open back up last June as cases fell and Phase IV re-opening reached the Mohawk Valley region” but “some restrictions remained on non-essential industries,” Wade added. “We did remove 33% of our seating capacity and built dividers to place between the gaming stations, but proper social distancing would have proven difficult for us with a small retail space.”

The permanent closing was “with a heavy heart,” Wade commented. “It was our privilege to serve the greater Rome...community for over four years. COVID-19 has made the business environment difficult for entertainment venues, but we also understand we have to do our part to slow the spread in the community.”