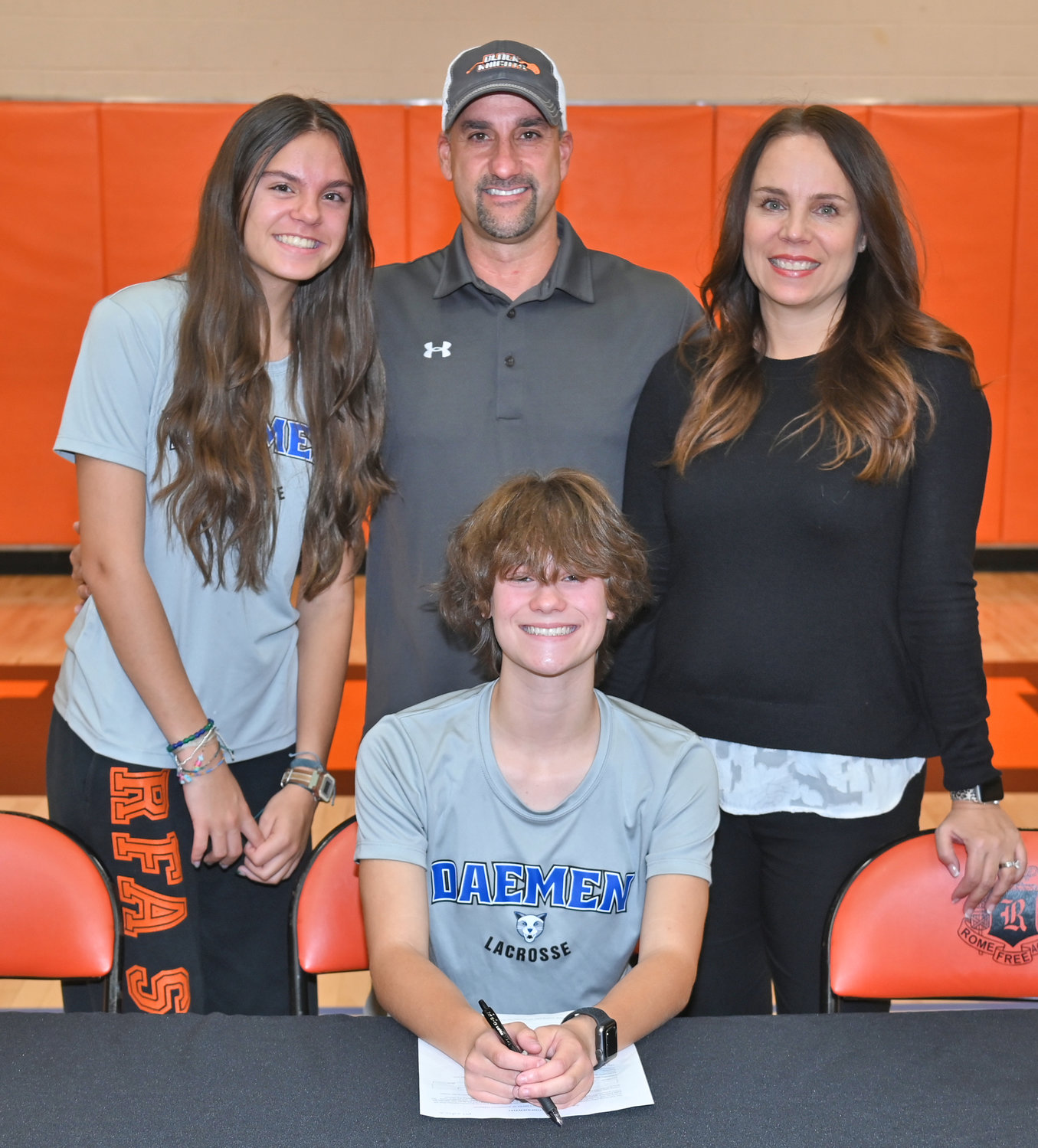 Calandra, at 5-foot-3, has played defense for the Black Knights for two season on varsity (with her freshman year lost to cancellation due to COVID-19). This past season she scored seven goals and had three assists. That gives her 16 goals and five assists in her career, along with 11 ground balls, with her senior season still to come.

She met the school's head coach at a tournament and learned about the school and program. "The coach's energy is really uplifting and I think I can do really well in that setting," she said Thursday. She also learned a bit more about the program when the school hosted a prospects day. She said she also liked that the school has a program for athletic training.

"Shannen is a hard worker," said RFA girls lacrosse coach Kayla Miller. "She is the type of player that always has a stick in her hand and is always passing or shooting around outside of practice to make herself a better player. Shannen brings a lot of energy when she steps onto the field. She has the skills, the speed and the determination to play at the next level and we are glad to see her hard work has paid off. Her coaches are all very proud of her and Daemen is lucky to get such a great player and person."

Calandra initially played varsity lacrosse for Doug Rowe, who brought a long career of success with Baldwinsville to RFA. The coach, who got his 400th career win with RFA, helped build the Black Knights' program. Calandra said she liked that the Daemen program has only been around for a few years and she gets to be involved in another team's foundational years. "It was really great to be a part of it here," she said of RFA.

She said she's also looking forward to playing with a whole squad of new teammates with the Wildcats. That, she said, will help show her things about her game that she can learn and improve.

RFA was 12-4 last spring in Calandra's junior year under Miller, who took over for Rowe.