An employee with the Rome City School District was charged Thursday in Oneida County Court with raping and sexually abusing a young child. 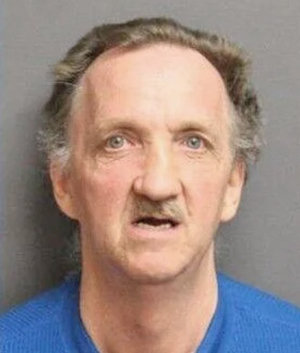 Jerry Studer
ROME — An employee with the Rome City School District was charged Thursday in Oneida County Court with raping and sexually abusing a young child, according to court officials.
Jerry Studer, 58, of Rome, pleaded not guilty before Judge Robert L. Bauer on Friday to three counts of first-degree sex abuse and one count each of first-degree rape and predatory sexual assault against a child, court officials said. His case was adjourned to Oct. 14.
According to the Oneida County Sheriff’s Office, Studer raped a girl under the age of 13 over the course of the past two years. Law enforcement was notified in June and he was located and taken into custody on Thursday.
The accusations are not connected to Studer’s position with the school district, authorities noted.
According to the website www.seethroughNY.net, Studer holds a position of a “general employee” for the Rome City School District. His salary for 2022 was $46,578.
Studer is currently on administrative leave from his position with the district, according to Rome Superintendent Peter Blake, who confirmed that the accusations do not involve the school district.