A Tuesday, May 10 shooting incident on West Dominick Street in Rome is under investigation. 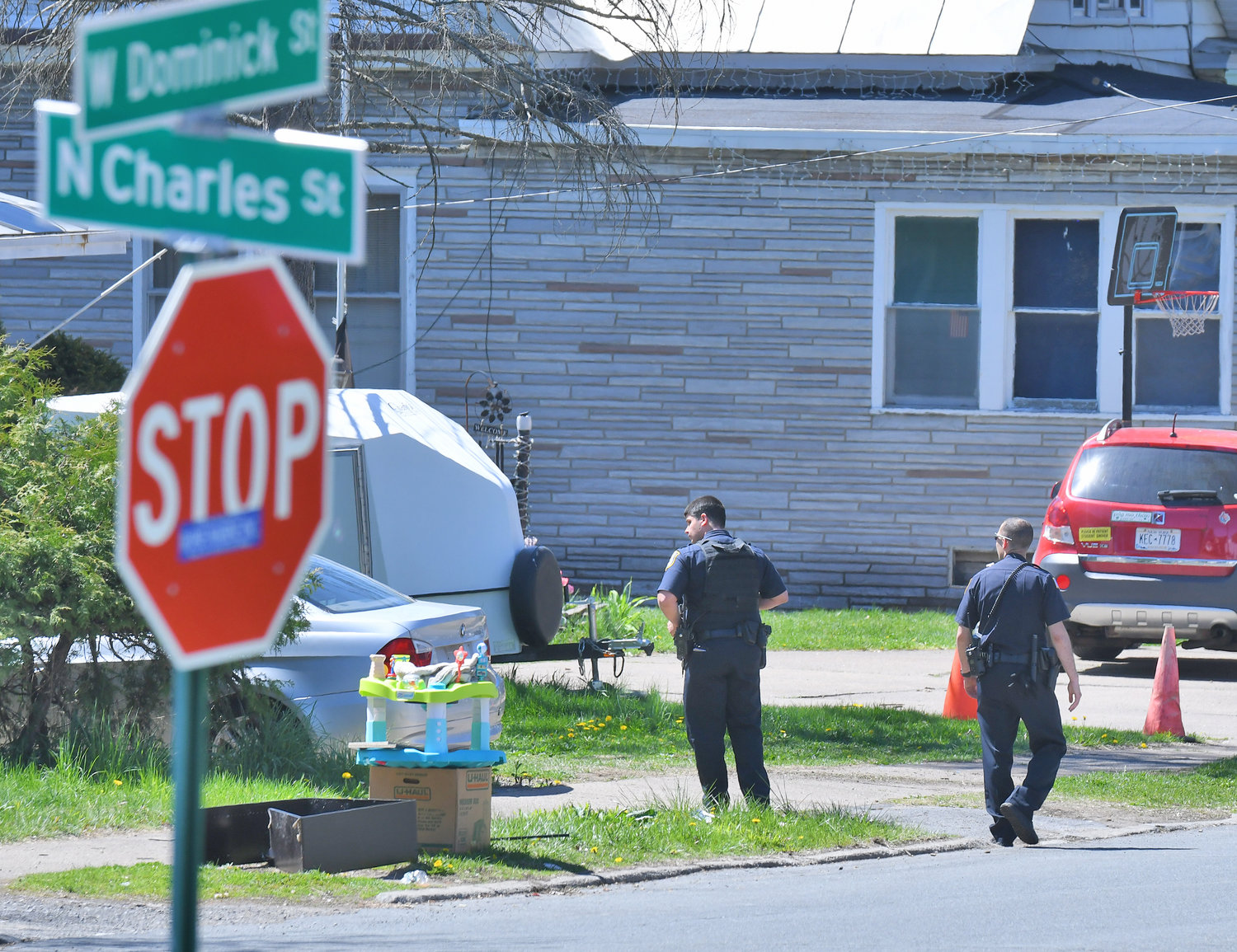 SHOTS FIRED ON DOMINICK — Two Rome police officers search for shell casings after gunfire in the 900 block of West Dominick Street, near the intersection with North Charles Street, shortly after 2 p.m. on Tuesday. The shooting remains under investigation, and police are looking to see if it is connected to another dispute in the same area from Monday morning. Rome Police said Ernest Fancher Jr., 19, was charged on Monday after punching a police officer while fighting with people in the area.
(Sentinel photo by John Clifford)
Posted Tuesday, May 10, 2022 4:11 pm

A Tuesday, May 10 shooting incident on West Dominick Street in Rome is under investigation.