In the middle of Prohibition, it’s hard to find a beer in 1926 Lido, New York. But murder, lies, love and jealousy are all on tap at the Galliano Club. 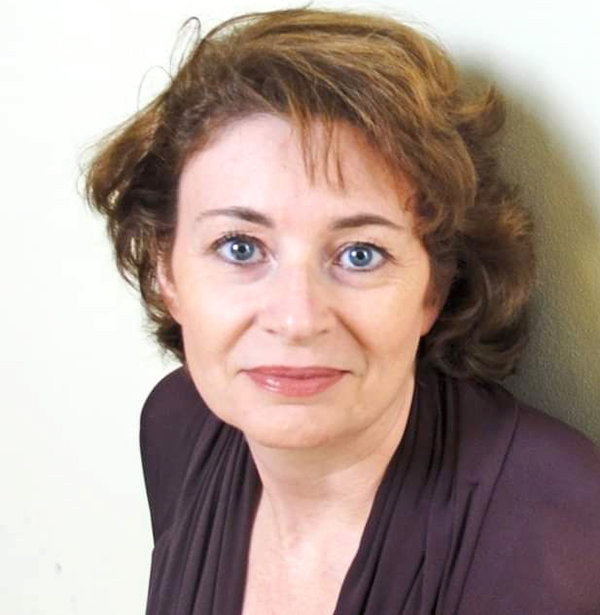 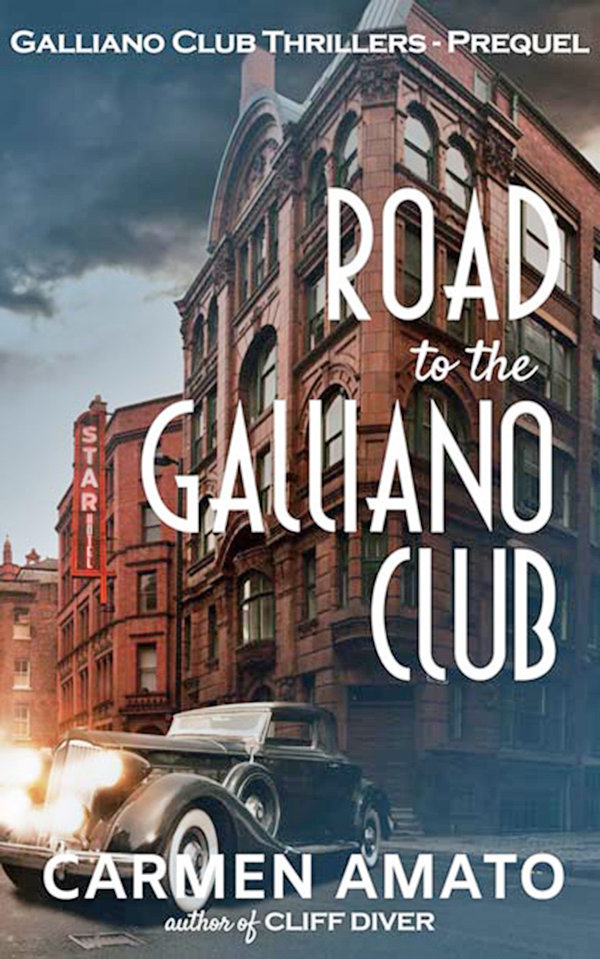 “Road to the Galliano Club” is the first thriller of a four-book series that takes place in the fictional city of Lido, N.Y., based on author Carmen Amato’s hometown of Rome.
Nicole A. Hawley
Staff writer
email / twitter

In the middle of Prohibition, it’s hard to find a beer in 1926 Lido, New York.

But murder, lies, love and jealousy are all on tap at the Galliano Club.

Yes, author Carmen Amato has returned to her roots to present the four-book Galliano Club thriller series, which takes place in the fictional city inspired by her real hometown.

“Road to the Galliano Club,” a Galliano Club Thrillers Prequel, was just released as the first book in the mystery series and is Amato’s 14th novel overall. The seasoned author, who is also retired from the CIA and is living with her husband in Tennessee, is known for her Emilia Cruz Mystery Series based in Mexico. Books in that series include 2013’s “Cliff Diver,” 2014’s “Diablo Nights,” and 2018’s “43 Missing.” Among her series is also her 2011 stand-alone novel, “The Hidden Light of Mexico City.”

The four-book Galliano Club series is based on the stories shared by Amato’s grandfather Joseph Sestito while growing up — from his time as Deputy Sheriff of Oneida County. And the setting draws inspiration from Rome.

Readers will meet bartender Luca Lombardo, dancer Ruth Cross, and the rest of the cast of the Galliano Club in Amato’s new historical mystery series.

Besides being a native of Rome, Amato was named to the Rome Arts Hall of Fame in 2019.

By the time Amato retired as an intelligence officer with the CIA in 2016, she had already written and published two books. She has now been writing full-time for the last six years.

Amato graduated from Rome Catholic High School and went on to LeMoyne College in Syracuse before earning her master’s degree in international relations from the University of Virginia. Upon her post-graduate work at the Kennedy School at Harvard University, Amato was hired by the CIA, working in several forms of intelligence.

Amato jokes that she wasn’t the American version of the famous British spy brought to life by novelist Ian Fleming — James Bond — “that was more my husband,” she quipped.

“I was more like ‘Q,’” she said, referring to the character in James Bond known to invent all the spying gadgets. “I was more the technical side,” adding that she had spent years working in media analyzing and machinery translation, among other research and development areas.

Amato’s passion for writing was actually inspired by the three years she had spent living with her husband in Mexico. Her career in intelligence was already “a demanding and immersive school of writing,” the author described, saying that she had years of technical writing and communications experience while working for the CIA.

“I wanted to talk about the state of inequality in Mexico — the social inequality was not something I was prepared to see at that extent,” Amato said. “And I transferred that into a thriller,” referring to her Emilia Cruz — the first woman police detective in Acapulco — series.

Amato had even been approached by Hollywood for film rights to her Mexican crime and suspense novels. She also has been known to offer advice to fellow writers through articles published in Publishers Weekly magazine.

In writing her new Galliano Club Thrillers series, Amato said during the pandemic, she needed a little break from the drug cartels, corruption and murder known to her Mexican suspense series.

Inspired by her grandfather’s stories, Amato said she had been mulling the idea of writing fiction based on her hometown for years.

“My grandfather always had good stories to tell, and I didn’t want to be pigeon-holed” as an author, Amato said.

A female main character in her series was inspired by the John Hayes O’Neill Studio of Dance at 218 W. Dominick St. in downtown, and Amato’s fond memories of participating in school musicals and tap dance recitals with friends. Her Italian-immigrant bartender was “kicked out of Chicago by (famous mob boss) Al Capone during prohibition,” and came to start a new life in “Lido,” Amato explained. Then there’s Benny Rotolo, the bootlegger, who finds his way to the Italian social club.

According to the book’s introduction, “From Italy to Chicago, hard luck forces three unforgettable characters to defy the odds and strike out on their own. All journeys end at the Galliano Club during Prohibition, where murder, blackmail and revenge are always on tap.”

The three main characters “will collide and by the end the Chicago thug will be taken down,” she said, adding, “I pressure myself into creating three-dimensional characters.”

Amato started writing the Galliano Club series 18 months ago, and is now in the “final edits” of the other novels.

“The finalizing process for me is going through each manuscript and reading them out loud,” Amato described of her process. “I’ll do it the ‘old school way’ — print them out and put them in a three-ring binder. In three days I’ll go through the full draft and make any changes before it goes to my editor, and she’s exhaustingly scrupulous.”

Amato gives special thanks to James R. Guy, president of the real Galliano Club in Rome, for giving her permission to use the Galliano Club name back in 2020.

“The 1920 building still stands,” she wrote in the book’s forward. “Smaller than the fictional club, but with the same twin doors and dance studio on the second floor.”

Amato’s Detective Emilia Cruz mystery series has twice been awarded with the Outstanding Series award from CrimeMasters of America. Her books, including “Road to the Galliano Club,” are available at Amazon.com or through her website, https://carmenamato.net.