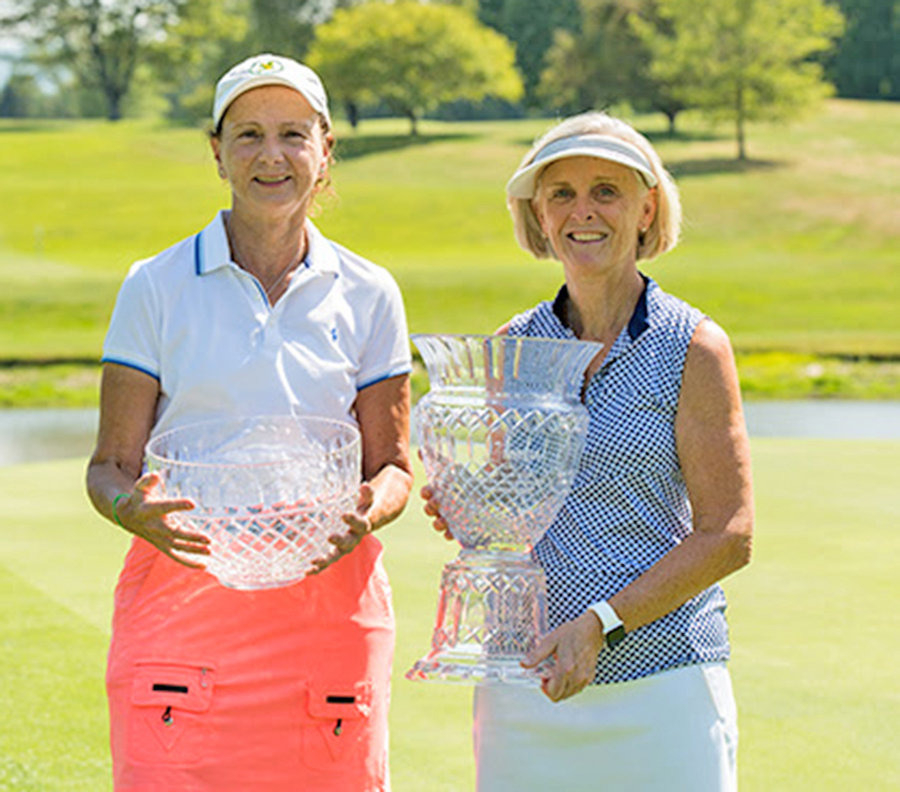 The 2013 champion came into the final round with a three-stroke cushion and never surrendered the lead. She finished at 7-over for the event, carding a 73 then a 78 for a total of 151. She is the Union College assistant women’s golf coach.

This title makes it four for Kahler. In addition to her 2013 Women’s Senior, she captured the 2013 and 2014 state Mixed Team Championships with her brother Gary.

“It means so much to me,” Kahler said. “I’m 64 years old and every year new gals come in … It’s another feather, I just appreciate the game and I love the game. I thank my father for teaching me the game. He’s still around at 93 and called me right after the round to congratulate me and that means a tremendous amount.”

With four golfers in contention at the last hole, Kelly made a par putt for her second straight title. She also claimed a state Women’s Amateur title in 1980.